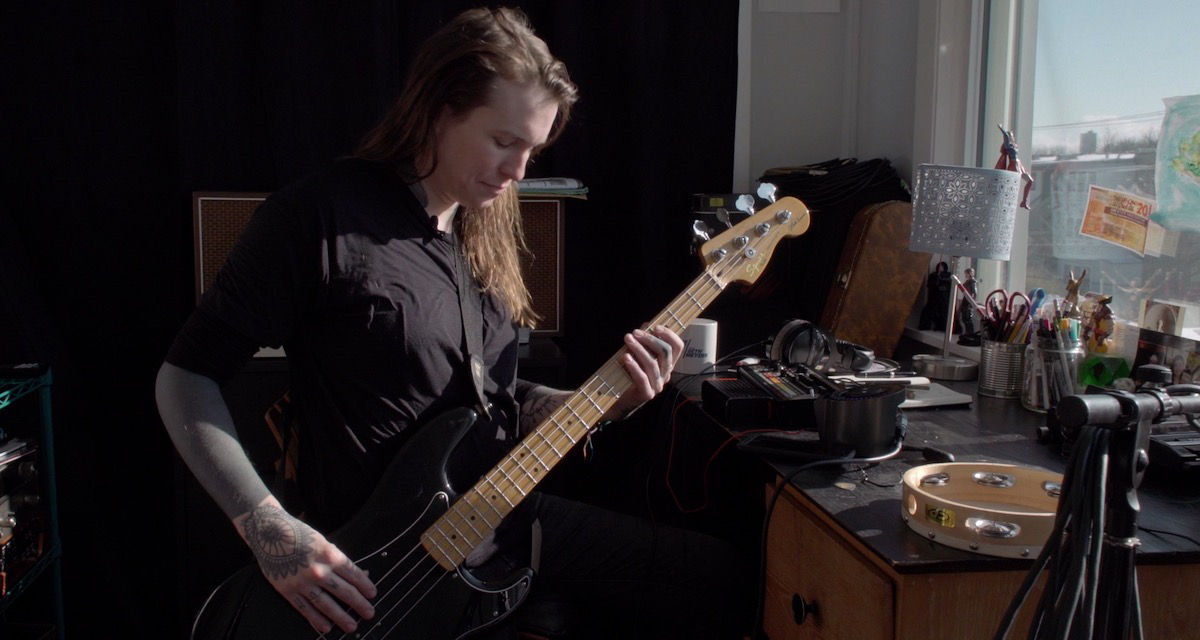 In May 2016 at a sold-out concert in Durham, North Carolina, Laura Jane Grace burned her birth certificate on stage. Grace was protesting the controversial “bathroom bill,” which required people to use public restrooms according to the sex listed their birth certificates, regardless of their gender identities. “I said goodbye, gender,” Grace told NPR in 2017.

Grace has never been apathetic to social justice, always standing up for what she knows to be true—her songs conduits for change in her life and for her listeners. The lyrics of many Against Me! songs, Grace’s punk rock group since 1997, express her struggle with gender dysphoria (Grace publicly came out as a transgender woman in 2012). In Transgender Dysphoria Blues Grace sings:

With her latest song “Park Life Forever,” Grace strikes a lighter, more joyful tone, but one no less important to her. She sings about her relationship with her eight-year-old daughter, Evelyn.

We traveled to Grace’s apartment in Chicago to record her playing “Park Life Forever,” and get the behind-the-scenes of how she is writing songs with Spire Studio.

Listen to the full recording of “Park Life Forever” by Laura Jane Grace, featuring her daughter.