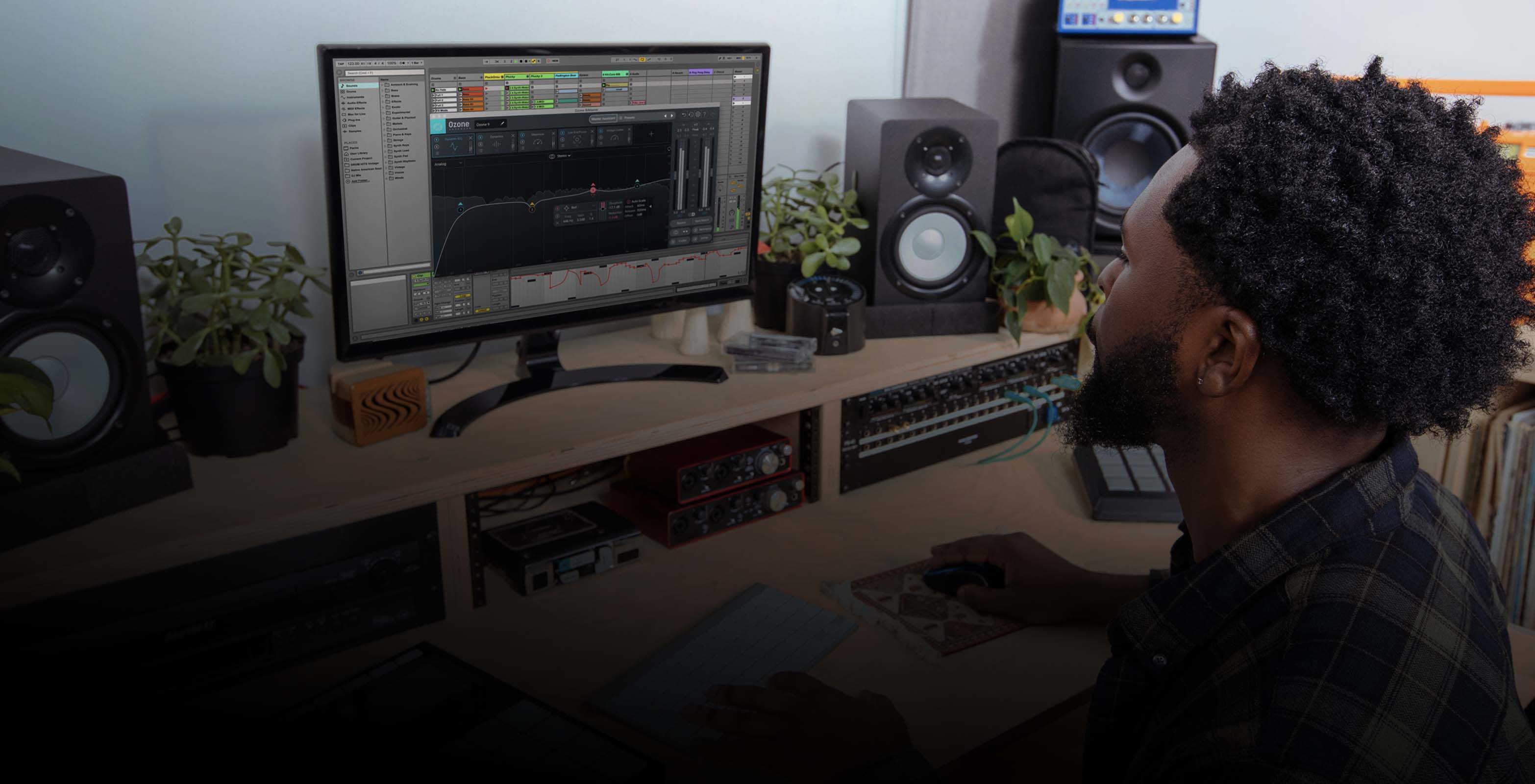 What is Audio Mastering?

Mastering is the final stage of audio production—the process of putting the finishing touches on a song by enhancing the overall sound, creating consistency across the album, and preparing it for distribution.

Learn more about what mastering is and how Ozone Pro can help perfect your master.

What does mastering a song mean?

What is the difference between mixing and mastering?

The history of mastering

How to Master Audio

Step 1: Establishing the “Aesthetic” and Sound of the Song

Step 2: Creating Consistency Across an Album

Are You Listening? Mastering Video Series Learn the basics of audio mastering with answers to some of the most frequently-asked questions.

Dive into the Are You Listening? mastering series

Learn about the art and science of mastering with professional mastering engineer and iZotope Director of education Jonathan Wyner.

What does mastering a song mean?

Mastering a song involves taking a mix and putting the final touches on it by elevating certain sonic characteristics. This can involve aspects like adjusting levels, applying stereo enhancement, and monitoring for clicks and pops–anything that could distract the listener from the music. The end result is a polished, clean sound that is optimized for consistent playback across different formats and systems.

Mastering makes the sound cohesive across the record and prepares the music for different distribution formats, such as Vinyl, MP3/AAC, streaming services such as Spotify, and broadcast. In today’s world, mastering is necessary to create that “finished” sound that you hear everyday in everything from television commercials to radio and streaming.

What’s the difference between mixing and mastering?

Mixing happens at the start of post-production, when a mixing engineer sculpts and balances the separate tracks in a session to sound cohesive when played together. Mix engineers reduce imbalances between instruments by adjusting balance and color, tighten rhythmic patterns, and emphasize important song elements with tools like EQ, compression, panning, and reverb.

A mastering engineer then listens to the whole piece as a stereo mixdown. They’re thinking about the finished product and if there’s something they might need to do to improve the sound. This involves correcting and enhancing aspects of the mix including level and tone with tools like Ozone Pro to ensure optimal playback quality across all systems and formats before distribution. In cases where a project contains more than a single track, Mastering engineers not only work to improve each individual track but also work to establish a consistent listening experience across an entire album.

Listen to a few audio examples mastered with plug-ins from Music Production Suite Pro. What do you notice?

Loudness might be the most prominent indicator that the track has been mastered, but consider other elements that your ear is hearing. Are some instruments brighter? Do the levels sound more polished? Does the music feel more cohesive? These are all things to consider when mastering a song.

The history of mastering

The earliest forms of mainstream recording technology did not require the recording, mixing, and mastering processes to be separate disciplines.

Rather, the recording was cut directly to a wax disc via a stylus connected to a diaphragm, which was in turn driven by an acoustic horn through which the sound was captured. These wax discs were then used to make stampers, which themselves were used to press shellac-composite 78 rpm discs.

The introduction of the 331/2 rpm long play (LP) vinyl record in 1948, and the 45 rpm in 1949 contributed to a change over time in the record making process. Recordings were being made to tape and engineers were tasked with preparing a master disc from the tape recording. When cutting master discs, these engineers now had to watch for and reduce loud transient peaks present in the tape recording. The energy of these peaks could potentially burn out the disc cutter head or cause the stylus to pop out of the groove when the record was playing.

In order to detect and reduce these peaks, dynamics processing tools such as compressors and limiters were introduced. This was the first time sonic adjustments began to impact the audio after the recording and mixing processes. The need to monitor these tools and adjust the settings for an optimum playback experience without compromising the sound quality was the earliest form of mastering.

The introduction of the standardized RIAA curve meant that equalization (EQ) became part of the mastering discussion. Intended to allow records to be cut with narrower, tighter grooves (and thus, a longer playing time), one side effect of this curve was that the pre-emphasis curve applied to the recording could enhance high-frequency transient peaks, and the de-emphasis applied upon playback could cause a boost in low-frequency energy that would cause the stylus to pop out of the groove.

Slowly but surely, the necessity of these tools to ensure a positive consumer experience meant that the skills of those who could utilize them effectively became highly prized. Some engineers (notably Doug Sax, Bob Ludwig, Bob Katz, Bernie Grundman, and others) began to focus exclusively not just on the practicality of these tools, but also ways in which they could be used to further enhance the listening experience.

Now, many mastering engineers use plug-ins included in the Music Production Suite Pro membership to achieve their desired sound.

How to Master Audio

While there are many ways to master audio, these are basic steps and techniques used to accomplish a finished master.

Step 1: Establishing the “Aesthetic” and Sound of the Song

When you’re engaged in mastering, you’re trying to make final decisions about whether to change something–whether it needs to sound different in one way or another. The goal is to make a song “sing,” making it sound as good as possible. Does the mix sound too bright? Does it have too much low end?  This first step can involve adjusting levels and examining the tonal balance of the mix, as well as repairing the audio and removing unwanted clicks, pops, or noise that was leftover from the stereo mixdown. This step can also involve listening to reference tracks to get an idea of the sound you and your artist are looking for, and using tools like Tonal Balance Control Pro to use reference tracks in your mastering.

Digital Signal Processors (DSP) electronically analyze, modify, or synthesize signals, such as sound. For example, the entire Ozone Pro mastering plug-in can be viewed as a single DSP processor, while individual Ozone modules like compression, EQ, and more are comprised of separate DSP algorithms and processors. These are some of the common processors found in plug-ins that can help you achieve your desired sound:

Compressors, limiters, and expanders are used to adjust the dynamics of a mix.

Equalizers are used to shape the tonal balance by boosting or cutting specific ranges of frequencies.

Stereo imaging can adjust the perceived width and image of the sound field.

Harmonic exciters can add an edge or “sparkle” to the mix. Adding  combinations of odd or even harmonics to the frequency can create a sense of “energy” in the mix.

Limiters/Maximizers limit peaks to prevent clipping as the user increases the overall level of the audio.

Dither is used in cases when it is necessary to convert higher word-length recordings (e.g. 24 or 32 bit) to lower bit depths (e.g. 16 bit for CD) while maintaining dynamic range and minimizing quantization distortion.

With all these types of effects, you might wonder where to start. First off, remember, just because you have all these processors doesn’t require that you use them all. Only use as many as you need. In truth, there really isn’t any single “correct” order for effects when mastering, and you should feel free to experiment. Here’s an example of one step-by-step process, and here’s an overall blueprint for a mastering workflow.

One way to get to a great starting point in your mix with these processors is taking advantage of assistive audio technology used in mastering plug-ins like iZotope Ozone Pro’s Mastering Assistant. This technology analyzes the sonic profile of your audio and suggests a logical starting point for your signal chain, processor settings, and loudness.

Another example of assistive audio technology that can make quality control in mastering easier is in RX Pro’s Repair Assistant that can easily detect noise, clipping, clicks, hum and more.

Step 2: Creating Consistency Across an Album

How do the individual tracks of an album sound when they’re played in succession? Having a consistent sound, making sure the levels are matched, achieving the same “character” from one song to the next and ensuring even playback are all means of creating consistency across an album.

While some of this is achieved in step one, it’s important to carve out a step for evaluating how individual tracks sound in relation to each other when played in succession. This is not a “make one preset, set it, and forget it,” situation where you have the exact same treatment on all your tracks. The main goal is for the listener to feel like they’re in the same “space” throughout the entire listening experience, and never touch the volume knob when moving from song-to-song, which will most likely mean using different settings, even different processors for different tracks.

Preparing your tracks for distribution is a crucial step in mastering that results in your listener having the experience that you want them to have. This involves ensuring the levels are set right, making sure there’s nothing wrong with the audio, and making sure that the audio isn’t too dark or too bright compared to the rest of the audio tracks in the world. The delivery format of the song or sequence of songs for download, manufacturing, and/or duplication/replication is also an important consideration. This varies depending on whether you’re exporting with vinyl, CD, for broadcast, or for streaming. For web-centered distribution, you might need to adjust the levels to prepare for conversion to AAC, MP3, or hi-resolution files and include the required metadata.

Below are a series of helpful resources to get you started on your audio mastering journey.

Learn from the pro in Are You Listening?

Professional mastering engineer and iZotope Director of Education Jonathan Wyner teaches the art and science of mastering in the Are You Listening? mastering video series. Pro Audio Essentials is a game-based course for music producers to practice and improve their audio skills, including some of the basic concepts in mixing and mastering.

Learn how to become a mastering engineer with Jett Galindo

As a Music Production Suite Pro member, you can get access to a new mastering course taught by professional mastering engineer Jett Galindo of The Bakery in Los Angeles.

Start Now
Back to Top 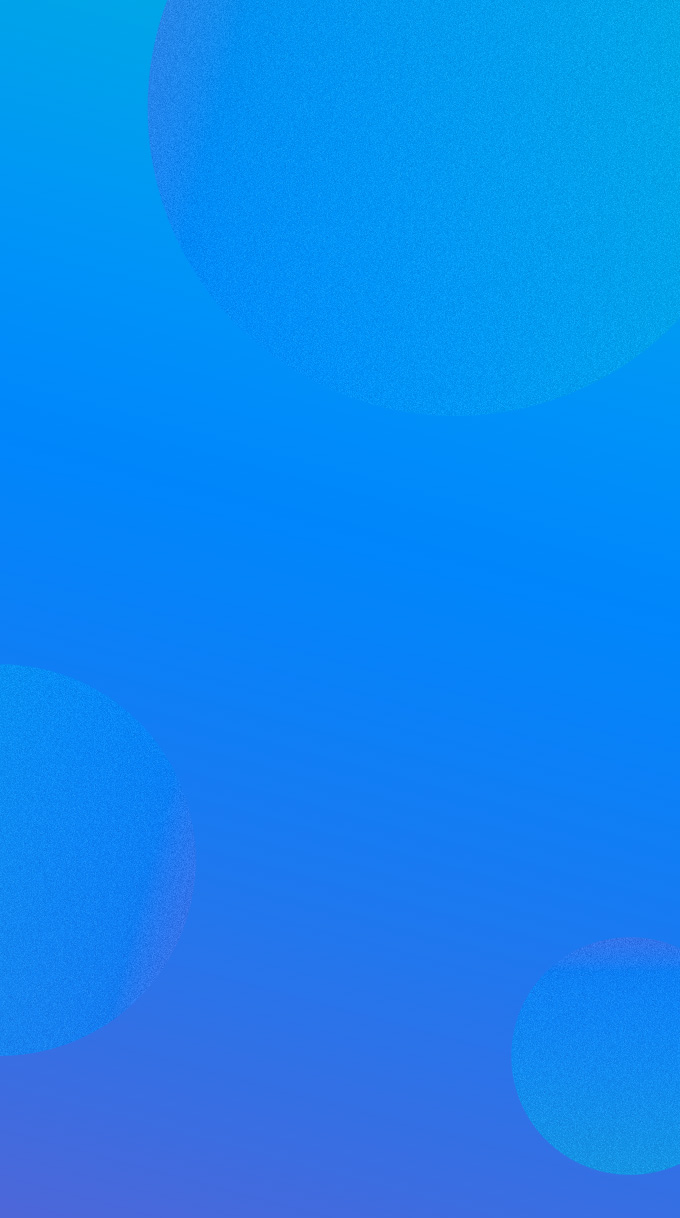