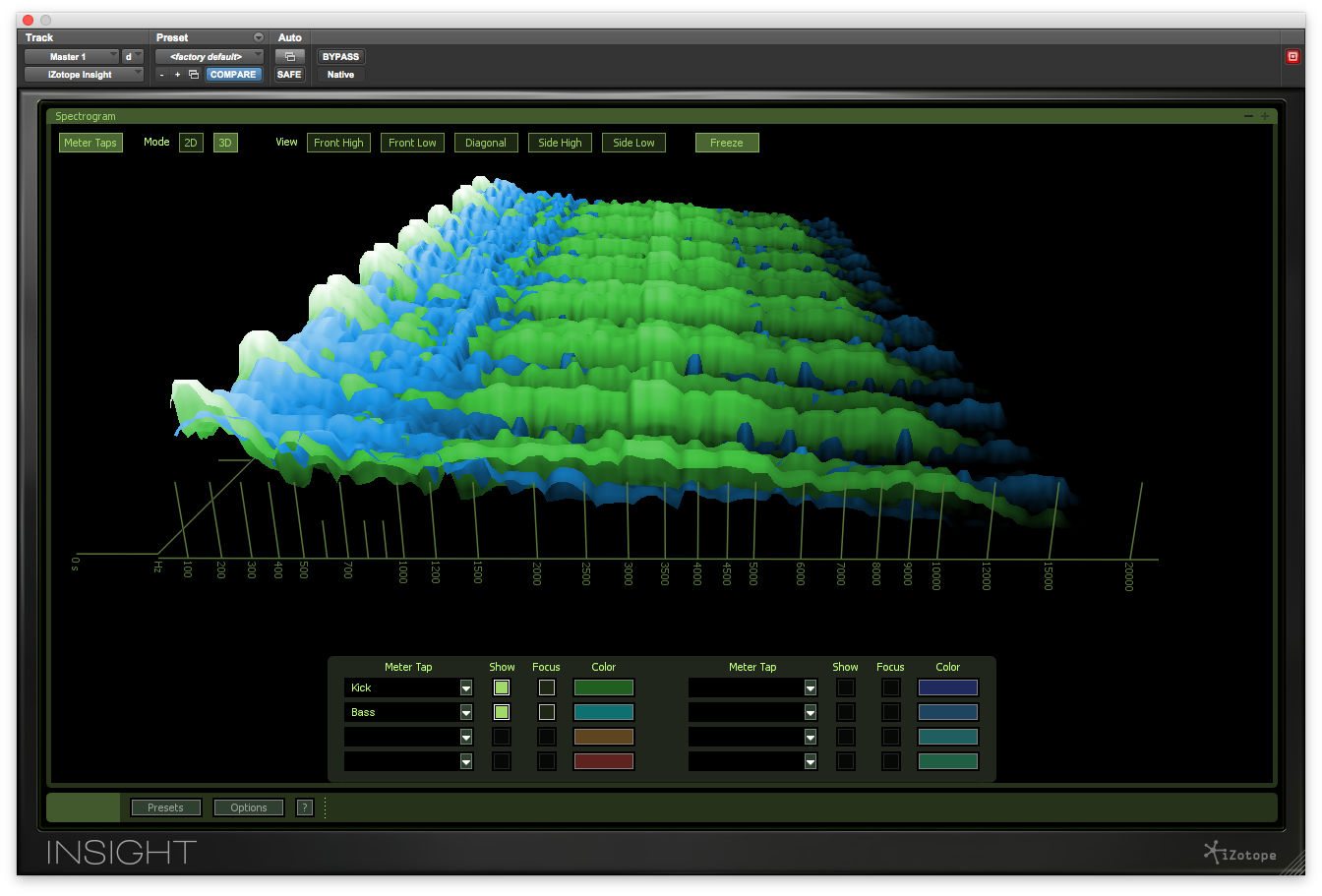 Neutron’s industry-first Masking Meter helps you identify and resolve perceptual frequency collisions. Learn how to fix your mixes using the Masking Meter in our “Un-masking your mix with Neutron” blog post.

Have you ever had the experience of working on a mix, and while the balance is generally working, a couple of instruments seem to be clashing or covering each other up? This could be related to a psychoacoustic phenomenon known as auditory masking. Masking occurs when one signal distracts the ear from another signal happening around the same time.

A classic example of this comes when trying to figure out the relationship between a kick drum and a bass part in a mix. You might listen to them individually and find they sound big, full, and loud on their own, but when you listen to them together, the kick drum seems to get lost. You might turn the bass down so you can hear the kick drum again, but then the bottom falls out of the mix and the bass doesn’t have the power it needs to anchor the rest of the harmony. Countless engineers have spent hours trying to solve problems like these, but a quick understanding of how masking works can help you identify some solutions and start creating better-sounding mixes right away!

One of the reasons bass tracks especially mask kick drums is because they both are competing for the low end of the mix. A kick drum is going to have some substantially high-mid frequency attack that helps it sit on top of a mix, but how do you get that satisfying thump in your chest with the kick drum, without sacrificing the sound of the bass?

One answer may lie in complimentary equalization. This is a simple process of identifying which frequencies collide between the kick and bass, and then boosting those frequencies slightly in the kick, while making a complimentary cut to those same frequencies in the bass. In the illustration below, we see the EQ for the kick drum on the left, and for the bass on the right.

Another complicating factor in the example above is that bass parts are generally sustained, whereas each kick drum impact is going to be quick and percussive. Because the bass is constant, our ear may naturally gravitate towards that, in turn letting the kick drum get masked. This same effect can happen when mixing vocals, where a lead vocal could be competing with big, double-tracked guitar parts.

While some complimentary EQ can certainly help, sidechain compression can also be used to clamp down on the guitars when the lead vocals are present, while opening up and letting them be loud during instrumental sections. This can be taken one step further by using a multiband compressor or dynamic EQ, and only applying sidechain compression to the area of the guitars where vocals are competing the most. Often, this is in the presence and intelligibility area between 1-4 kHz, so some sidechained compression or dynamic EQ focused in that area could do just the trick!

Both the Dynamic Equalizer and the Multiband Compressor in iZotope's Neutron can be keyed from a sidechain input, or internally from different frequency bands.

Other tips for relieving masking in your mixes

Get creative! You can also try other effects like slap-back delay, distortion, tremolo, or something else distinctive to help distinguish one part from another.