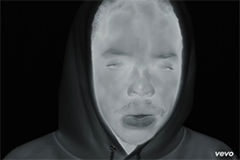 Digital recording technology gives musicians the ability to record, mix, and master great-sounding, competitive tracks for considerably less money. While there will always be a place for audio professionals working in high-end studios, some artists are experimenting with achieving similar results using only a laptop powered by high-end digital audio technology.

Case in point: Earl Sweatshirt's second studio album I Don't Like Sh*t, I Don't Go Outside was recorded and mixed on a MacBook Pro by mix engineer Josh Berg (Mac Miller, Ab-Soul). The album has been hailed as "no less of a hip-hop landmark than higher-profile recent communiques from Drake and Kendrick Lamar" (The Guardian). Berg and Earl were able to compete sonically with Earl's hi-fi-leaning contemporaries by using tools like Trash 2.

Working in his MacBook Pro with a stripped-down equipment list that included a Universal Audio Apollo and Thunderbolt Satellite Octo, ProAc Studio 100 monitors, and a Line 6 DL4 delay modeler, Berg was able to achieve mixes that could compete both artistically and sonically with the best of the best of modern hip-hop.

From the start, Berg and former Odd Future member Thebe Neruda Kgositsile (Earl's given name) strategized about the sonic palette for the album. "For the Earl record, our initial talks were all about texture. The vision in my mind was a big rusty axe. Many of the elements were drastically pitched down so I had to really put some fuzz on things in the low end for legibility."

Berg consistently called upon Trash 2 to bring Earl's vision to life: "Trash was clutch with a variety of styles to choose from. Earl is a master of texture on his end as well, so there were plenty of times it was just about shaping the edges. The drive, mix, and overall blend sliders allowed me to have fun doing terrible things to the sound and then dial that in for the situation at hand. Trash is really helpful for putting fuzzy bits on things. It's great for harmonic stuff and making everything rustier. iZotope deserves a prize for putting a blend knob for every piece of harmonic enhancement in Trash."

While Berg ultimately decided to have the album professionally mastered, the DIY spirit of the record was intact thanks in part to Trash 2.