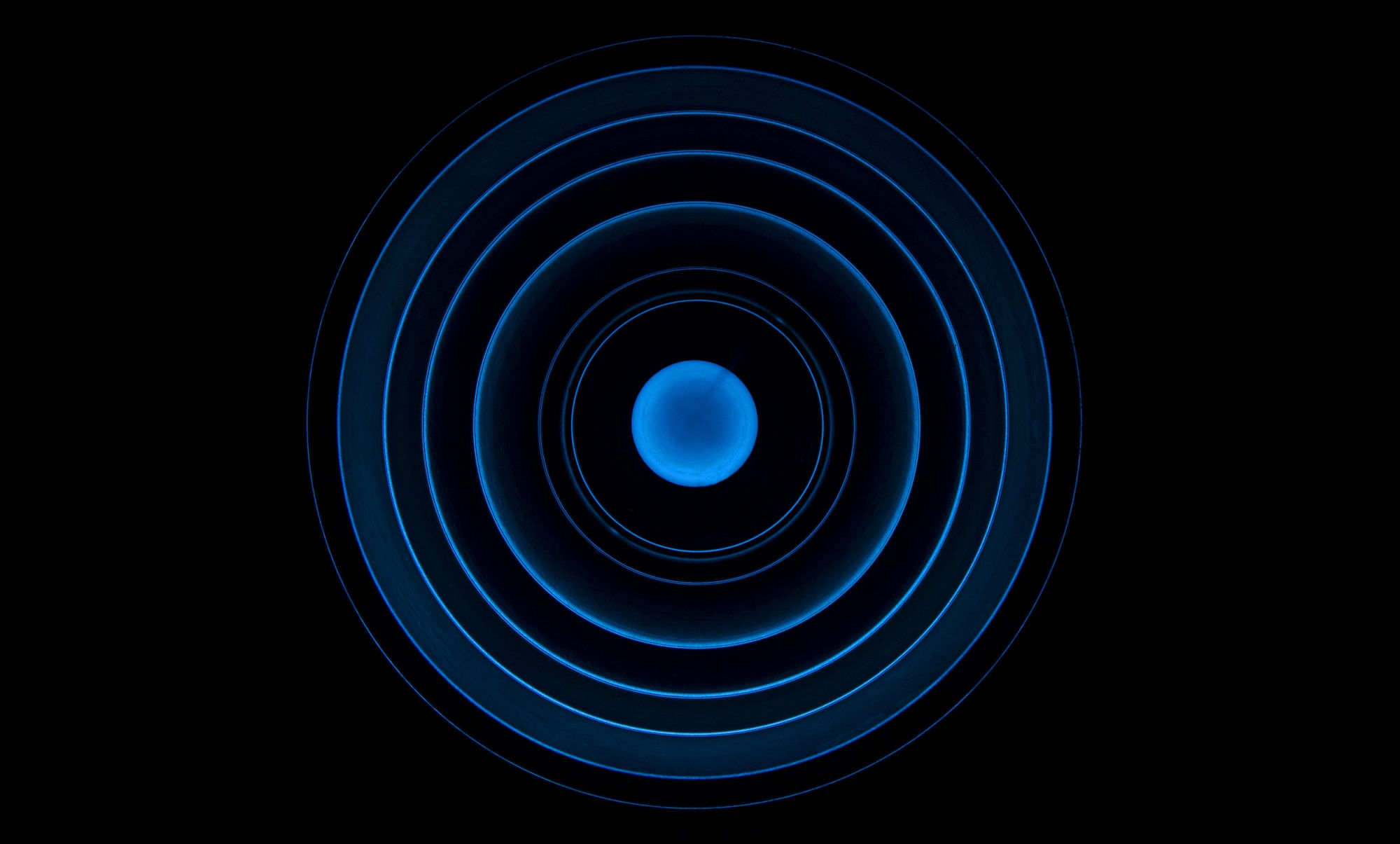 It’s been said countless times that a good vocalist doesn’t need effects or processing. But this seems to ignore the artistic joy one derives from treating the voice, whether sung or sampled, as a signal that can be effected like an electronic or electroacoustic instrument.

Below are a few strategies for adding delay to vocals. These few approaches will help you incorporate it into your songs’ wider sonic palettes, or highlight certain words or phrases that you want to illuminate for the listener.

In isolation, a vocal might sound spare and minimal. A good vocalist can do wonders without effects, but even the best might (and do) want to add some depth to their vocals. A good way of doing this is with slap echo.

Unlike the digital delays that musicians and producers have grown accustomed to in the era of DAWs, with their infinite time, feedback, and other parameter permutations, a slap-back echo is a single echo. As its name suggests, it has a sound that you might hear if you were to sing, or even better, clap, inside of a concrete room. Used correctly, slap echo on a vocal can add depth without taking it into the deep space vistas of a reverbs, especially digital reverbs.

Slap echo was a favorite of rockabilly groups and, a few short years later, The Beatles’ John Lennon, who deployed it on the band’s trippier tracks and later in his career; and it can be heard over a lot of recordings from the 1960s (see: The 13th Floor Elevators). It adds space to the vocal, but doesn’t completely drown the vocal out like reverb tails can do. Now, since most of us don’t have echo chamber facilities to create a natural slap-back echo (though you could head into your bathtub or a stairwell and record there), we use analog, digital, or plug-ins to create slap echo.

Slap echos have incredibly short delay times—something on the order of 40–180 ms with little to no feedback. It should sound clean, and the wet vocal should be of equal volume to the dry (original) vocal. Add this to a vocal on a dance track, or really any other type of vocal, and it will infuse the vocal mix with sonic vitality and a good sense of space. Tasteful yet not overwhelming.

In dance music, delays that aren’t tempo-synced with the rhythm will clash in the mix. Shorter delays, like the slap echo discussed above, won’t cause this, but longer delays will. So, if you want long delays on your vocals, make sure they are tempo-synced.

DDLY allows users to keep the delay synced to your DAW’s tempo. Chances are you won’t be adding rhythmic delay to a vocal track for the entirety of dance tune, but if parts of the song require tempo-synced vocals, this feature will make sure you’re covered.

The London-based dance music trio Disciples do a great job of creating tempo-synced vocal delay on their track “Atheist.” It’s so subtle as to be missed if the listener isn’t paying attention.

First, you can hear the tempo-synced delay in the “mmmm” loops. Listen closely, though, and you can also hear it on the main vocal track when the vocalist finishes singing “she’s an atheist.” The final word syncs up with the house track’s propulsive rhythm, and it’s very satisfying indeed.

Do you want to emphasize a certain word or phrase, whether from your vocalist’s track or a sampled vocal? Then using delay throws should be a consideration. The vocal throw is common in old-school dub reggae, heard across all sorts of recordings. But these days it can be heard in dance music, hip hop, and pop recordings.

In certain recordings, delay can be heard throughout a track. It could be on a synthesizer, drum track, vocal, or some other musical element that continues throughout the song. But, if you want to emphasize a vocal with delay, you might be wanting to keep the mix relatively clean. In which case, the delay throw becomes a good friend indeed.

A delay throw is an automated delay trigger and is commonly used in music mixing. Basically, in your DAW, you are carving out space for your vocal track where the delay can be placed. Typically, you drop the level of the main vocal track, and insert the delay throw vocal in another dedicated track, or in a bus or send (but let’s not get too complicated).

With vocal throws, it’s not really about the type of delay—although shorter ones usually sound great—but about where you place them. More often than not, you will want to insert the vocal delay throw into some dead space following a lyric, an instrumental break, or some other moment that isn’t full of sound. This will place the emphasis fully on the delay of the vocal throw.

The best thing to do is to experiment with the texture and delay time you like using DDLY, and then map out in your mind where you want to place your delay throws. From there, it’s a matter of adding the vocal throws into a track on Ableton, Logic, Pro Tools, or some other type of DAW.

We talked briefly about dub vocals—how they utilize delay, whether through delay throws, or throughout entire instrumental tracks to create ambient, but also rhythmic motion. Across many dance music genres, including dub techno, jungle, drum and bass, ambient, UK dubstep, and so on, dub has had quite an influence. Artists like Peverelist, Massive Attack, Burial, Leftfield, and Monolake have all found inspired in the reggae offshoot’s pioneering sonic textures and sub-bass frequencies.

A good, but very subtle example of dub’s impact on dance music is LTJ Bukem’s 1993 track “Music.” An early jungle/drum and bass track, it’s got beautiful looping melodies, and that distinct sped up breakbeat. But at about the 5:00 minute mark, LTJ Buken drops in a reverse vocal loop that also has some lovely delay on it. This is an example of sampler synthesis at its finest. Bukem takes the vocal sample, reverses it, filters it, creates a loop, and adds delay to create a trippy effect.

Another great example of this in jungle and drum and bass is Infernal Affairs (Goldie & 4Hero) “Hands to Heaven.” A swirling, psychedelic pastiche of a track, and a beautiful one at that, it features several dub-inflected vocals. At 1:45, shortly after pivoting the song into another grove, Goldie and 4Hero drop in a loop of an “Oooh.” Simple enough, right? Not quite. They added some delay to give the vocal sample some atmosphere to help it match the other spacious sounds.

We could go on and on with examples of delayed added to tracks, giving it not just a dub flavor, but a more general atmospheric vibe. One of the true kings of this approach is UK dubstep artist Burial.

As a genre descriptor, dubstep is a misnomer for Burial, as he doesn’t sound much like the UK variant, and certainly nothing like the Americanized EDM sound. Burial comes at listeners with sounds from jungle, garage, footwork, dubstep, and other UK sounds, but with an inimitable style that is deeply moody, ambient, and immersive. Listening to Burial’s fantastic remix of the Massive Attack song “Paradise Garage” (Heligoland, 2010)—from the remix EP, Four Walls / Paradise Circus—will give us an excellent example of just how atmospheric a little delay can be, instead of any number of cavernous reverb plug-ins.

In “Paradise Garage,” Burial basically turns the song inside out, then reassembled it in his identifiable style. Where others might have remixed the track to remove all trace of vocals, Burial embraces the vocals, as he so often does on his songs. Granted, this isn’t a dance track, but it’s instructive nonetheless in how to approach the addition of effects to vocal samples.

For the first part of the song, Burial adds delay and reverb to Massive Attack guest vocalist Hope Sandoval’s (Mazzy Star) vocals, which are dry in the original, making them more otherworldly in the rework. Then, at the 9:45 mark, Burial samples another track off of Massive Attack’s Heligoland, “Psyche,” using a lyric that reads “let love flower.” Pitched up and drenched in delay, it gives the song a sublime turn, just as listeners might be expecting things to get far less interesting at that extended running time.