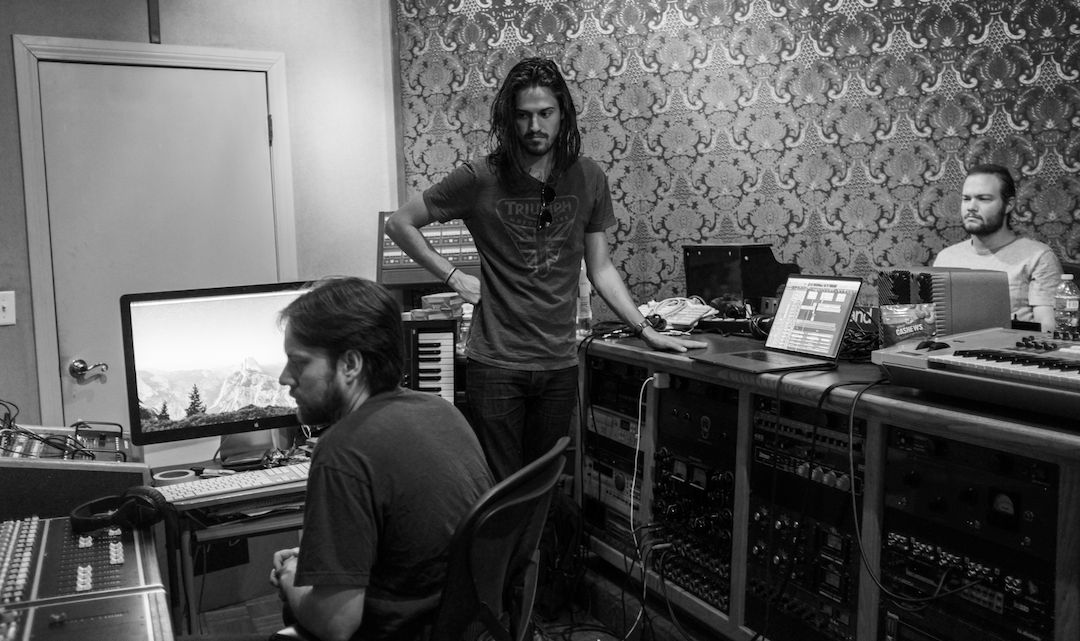 In today’s musical landscape, more artists and producers are adding “mix engineer” to their credits. While this level of creative control is great, there are challenges that come with being a jack of all trades. It's hard to let go of ideas you spent a lot of time on and listen from a new perspective.

For those who wear many hats in the studio, here are five tips on how to mix your own music.

1. Bounce your song to a new session

I’ve made the mistake of producing a song and trying to mix it in the same session many times. After a few hours, the song will take on a completely new form; I’ve swapped out MIDI instruments, upped the tempo, re-arranged the drum pattern, and cranked my monitors too high.

Though some people can produce and mix at the same time, I find it easier to draw a clear line between the two processes. And for me, this line is bouncing song stems and bringing them into a new session. This simple act makes me to commit to the music I’ve produced and step into a mixing mindset.

Otherwise, what can happen—as shown above—is you never fully finishing the production of a song and carry over tasks like arranging and sound selection to mixing. We, producers and artists, are critical beings who have the tendency to overwork songs past their best point. The temptation of possibilities offered by DAWs doesn’t make it any easier.

Even if you don’t love the song you just produced, bounce the stems and mix it anyway. You’ll improve your mixing chops, inform your production, and be that much better for the next time.

2. Mix on a separate day

If you just finished a song you’re proud of, you might feel a second wind to push through the mix before the night is done. I say wait it out. Between finishing and mixing a song, allow at least a day off to rest your ears and separate yourself from the production process.

If you have the time, squeeze an extra day in there to arrange your DAW session for a productive mix. Clean up duplicate files, color code instruments, group tracks into submixes, name your sounds, and collect reference tracks.

3. Pretend you are mixing for a client

One reason mix engineers are able to exercise good judgment is that they have no personal attachment to the songs they are sent. A call that might be tough for an artist—like muting a part they spent hours laboring over—doesn’t make a mix engineer sweat.

When you make the switch to mix engineer, listen to the rough mix from start to finish as if you are working for a client and take notes on where things need improvement. How are the levels? Can you hear the vocal clearly? Is the chorus different enough from the verse? This way, you’ll more easily be able to identify mistakes and opportunities. Mixing can be a very impulsive process and if you don’t plan beforehand, you might become overwhelmed.

Speaking of being overwhelmed, remember to give yourself a deadline too! It's easy to mix for days on end when you’re wearing pajamas at home, but more time spent mixing doesn’t necessarily equal better quality.

4. Step out of the studio

When we hide away in our home studio for hours or even days on end finishing up music, we narrow our listening perspective. Being outside of the room you make music in and interacting with new equipment will open your ears and bring your attention to things you had not heard before.

Every room (particularly if there is no acoustic treatment) has unique buildups and resonances that cause us to overcompensate with poor decisions—like cutting too much in the low-mids wearing hyped headphones, which in turn makes the mix sound thin on a proper system.

For the new bedroom producer or artist, referencing the mix on multiple playback systems is often an unfair suggestion, since many only have a single pair of monitors of work with. Here’s a more affordable option: reference your mix in as many places as possible outside of the studio. Listen in your girlfriend’s car, at a friends apartment, through laptop speakers, or even your phone. All of these experiences will give you clues about what needs your attention. Having a person in the studio with you will allow you to hear differently as well.

5. Shadow a mixer in person

For all the tutorials and mix tips articles out there, nothing beats seeing the real thing. Sitting in on a live mix session will help you understand what typically happens during the process, how decisions are made, and what a mixed record sounds like.

If you read or watch interviews with your favorite mixers and producers, this is what many of them did during their early days. With this experience, they were able to put their own spin on it and do something that set them apart from the rest.

The idea of emailing a bunch of mixers and spending an afternoon taking notes might have you thinking “Oh great, now even more work to do!” I wager the handful of hours you put toward this task will benefit your mixing for years to come. Use your connections to set something up.

It's great to be able to mix your own music. But taking on this extra stage requires you develop strategies for removing yourself from the song to make level-headed decisions. Afters spending lots of time putting together a song we come to cherish it and avoid making moves that undo our hard work. I hope this article has given you some tips to smooth the transition from artist to mixer.