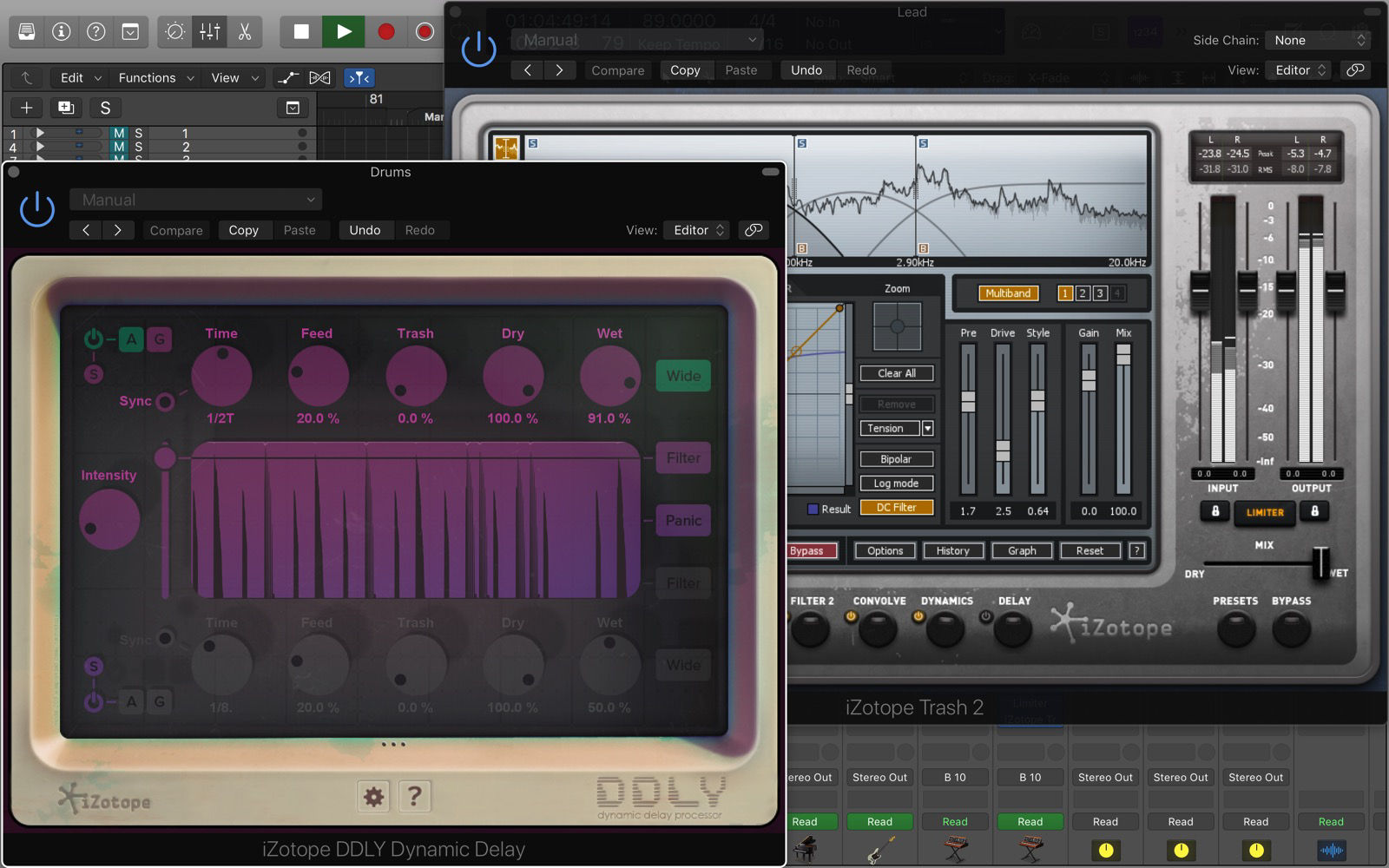 In this two-part article, we'll look at (and listen to) how iZotope plug-ins can help you deliver exceptional results. This article will focus on production using DDLY, Mobius Filter, and Trash 2 to create a beat. Part 2 will explore the Elements Suite, repairing, mixing, and mastering a track, featuring RX Elements, Neutron Elements, Nectar Elements, and Ozone Elements. Listen to the final beat, and read how we got there below:

This past week I was working with up-and-coming music producer Bruno Cunha on a new tune where we decided to put the Music Essentials Bundle to the test. We started off by creating a basic groove that was going to be the foundation for our new tune. We got a nice beat going, but we knew we wanted to create something more intriguing with the groove.

This is where we turned to DDLY. Unlike a regular delay, DDLY Dynamic Delay manipulates and alters the delay based on your track's dynamics. Think of it like a delay and a compressor had a baby. You set a threshold, which allows you to process quieter signals with a different delay vs. the loud sounds which can be manipulated with a different delay pattern. The end result is an unusual effect which gives the track a different type of life.

Take a listen to the groove track's before and after. It already has some swing to it, but DDLY helps it achieve even more movement.

To keep things clean, I make sure DDLY only triggers on the higher dynamics, so in this case, primarily just the kick and snare are being processed.

The great news is that there's no need for any automation. You can set the threshold, your desired delay parameters, and then forget it. Anything that goes above the threshold (like the kick, snare, and an open hi-hat at the beginning) get automagically processed. 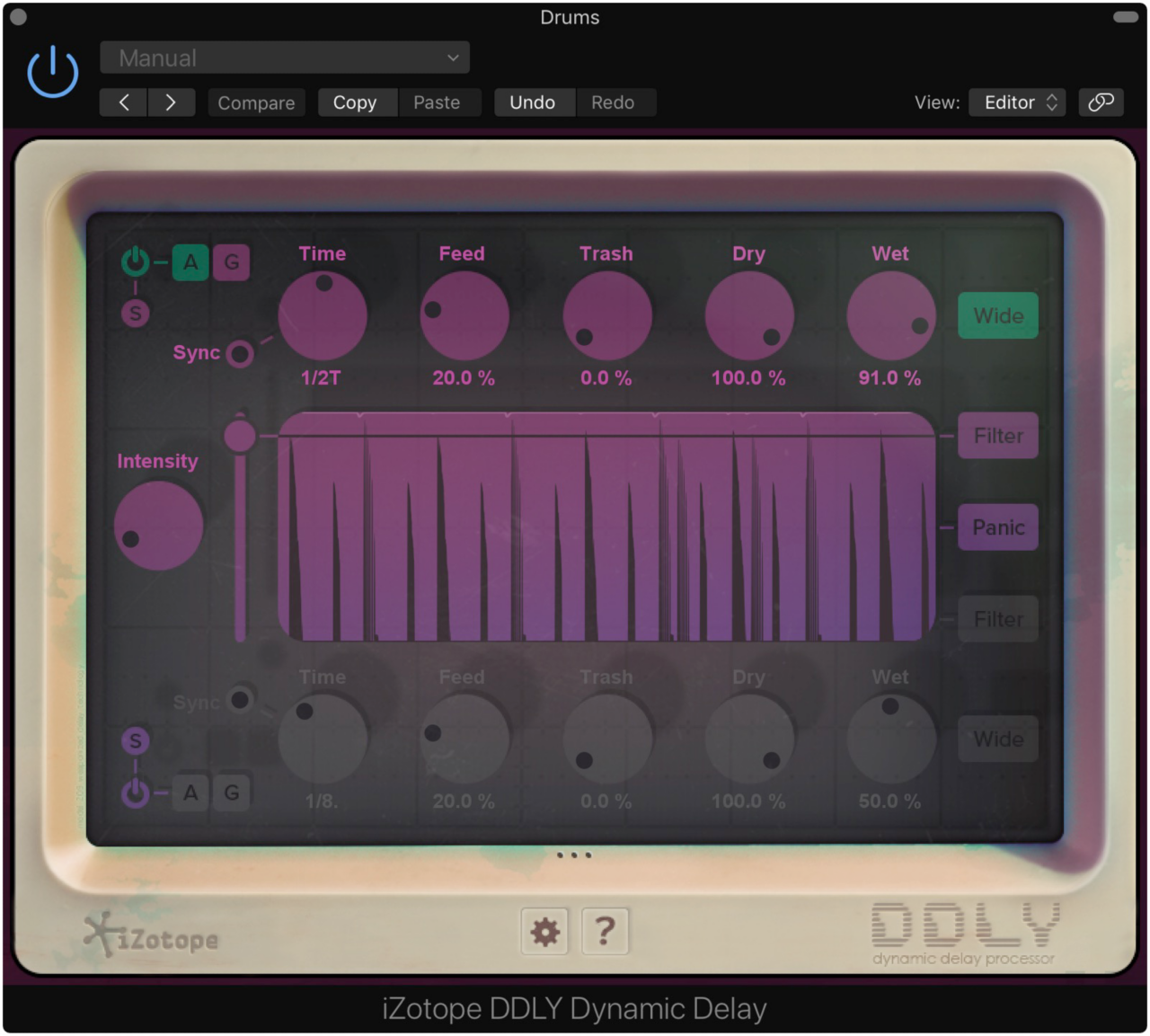 There are certain samples that just tend to sound robotic. Our finger snaps were no exception. They created a nice layer to the groove, however, we needed to give them a little more emotion, life, and movement.

This is where Mobius Filter turned out to work like a charm. This plug-in creates eternal motion where it didn't exist before. Whether it's through EQ filtering, flanging, or other behind-the-scenes magic, it constantly modulates the sound. The outcome of this was that the snaps, which before sounded dry and identical each time, now kept changing with each repetition. The small variations made the whole groove feel less robotic.

If something works on one track, let's try it on some others! We realized that as much as the hi-hat in our intro was nice and simple, it needed a little love. So we tried another Mobius Filter on it with some different settings. This gave those fast rhythms a nice upward motion. The claps, of course, could benefit from some rhythmic excitement, so we added another DDLY instance.

How many pads have you heard in your life that sound pretty but also ever so slightly dull? Too many. Here, we decided to add more motion to our pad by combining the two above plug-ins and processing it with both. DDLY took care of subtle repetitions, whereas Mobius filter gave it an underwater effect that keeps evolving with each chord. 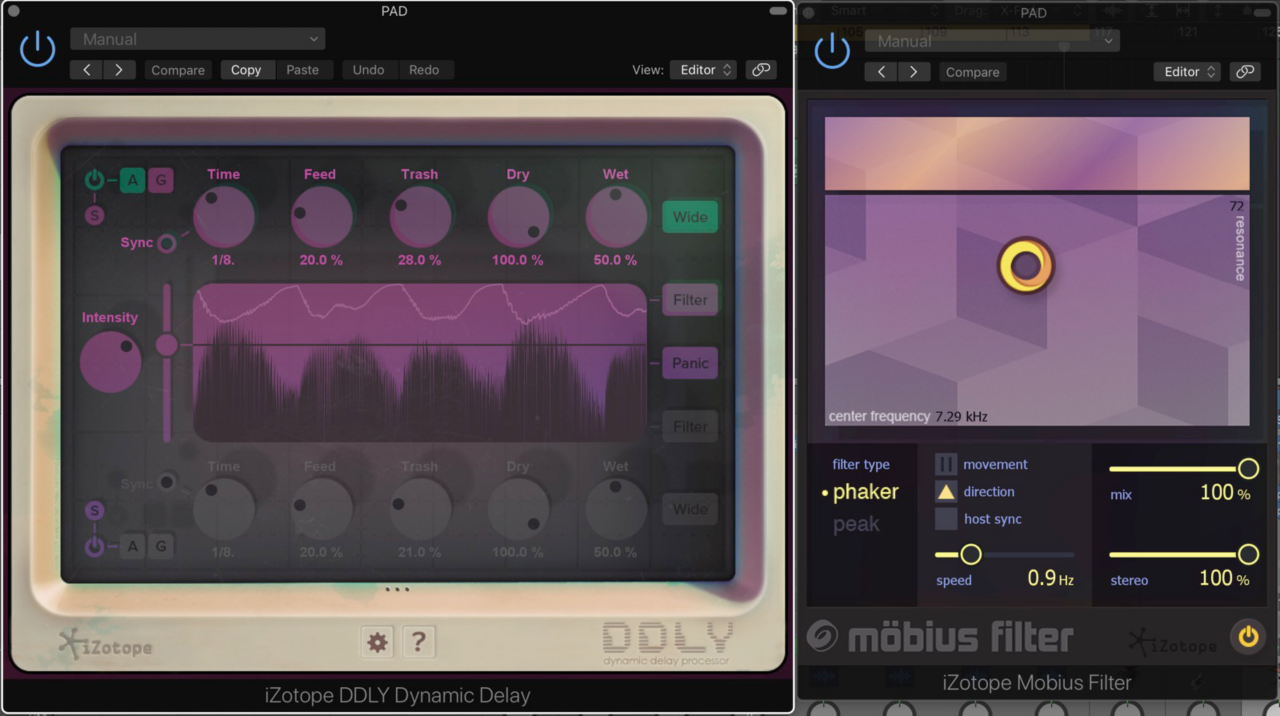 Sometimes, making things sounds pretty isn't what you need. Instead, wrecking it will give you the edge and grunge that the track is needing. In the case of the lead synth, I needed a way for it to stand out in the mix. The Music Essentials Bundle comes packaged with Trash 2—the ultimate sound-wrecker.

This powerful distortion plug-in has the power to alter the sound in unrecognizable ways. Plus it’s full of presets to jumpstart your creativity. In our case, we just wanted to add a little bite to the synth, nothing over the top, so we settled for a preset that let us achieve just that.

Finally, we decided to see how we can alter and make the piano sound more interesting in our intro. We added Trash 2 to the piano track and in a few seconds found a setting that gave us the type of distortion we were looking for. We also hopped on over to the Convolve section where you can morph your sound into any other sound using convolution. Trash 2 comes with over 100 different convolution samples, which means you have an ocean of possibilities to choose from and get creative. We took our piano and altered it to sound more like a sound generated by an old guitar and then used the Mix fader to make it only ever so slightly audible in the final balance.

Finally, we decided to take it one step further and used the width slider to make the piano monophonic and centered in the intro. And just like any other modern plug-in, you can automate the majority of parameters in Trash 2, which means we were able to automate the width to open up to an ultra-wide stereo field sound once the full groove enters.

Taking things even further, we also decided to implement iZotope’s free Vinyl plug-in. The ultimate lo-fi weapon, this vinyl emulator can make any track (or even your master output) sound like it's coming from a dated record player, which worked perfectly for our piano intro. Select the decade you're trying to replicate, add some dust, scratches, and warping to make it sound like it's a dream. Then to make it feel like you were leaving the dream and come back to reality, we implemented a spin-down and automated some of the parameters to make it sound less dated. Take a listen to the original, trashed, and vinyled versions of our piano.

As you can see, with the use of just a few plug-ins we were able to turn ordinary sounds into a truly extraordinary soundscape. Here's our final demo: 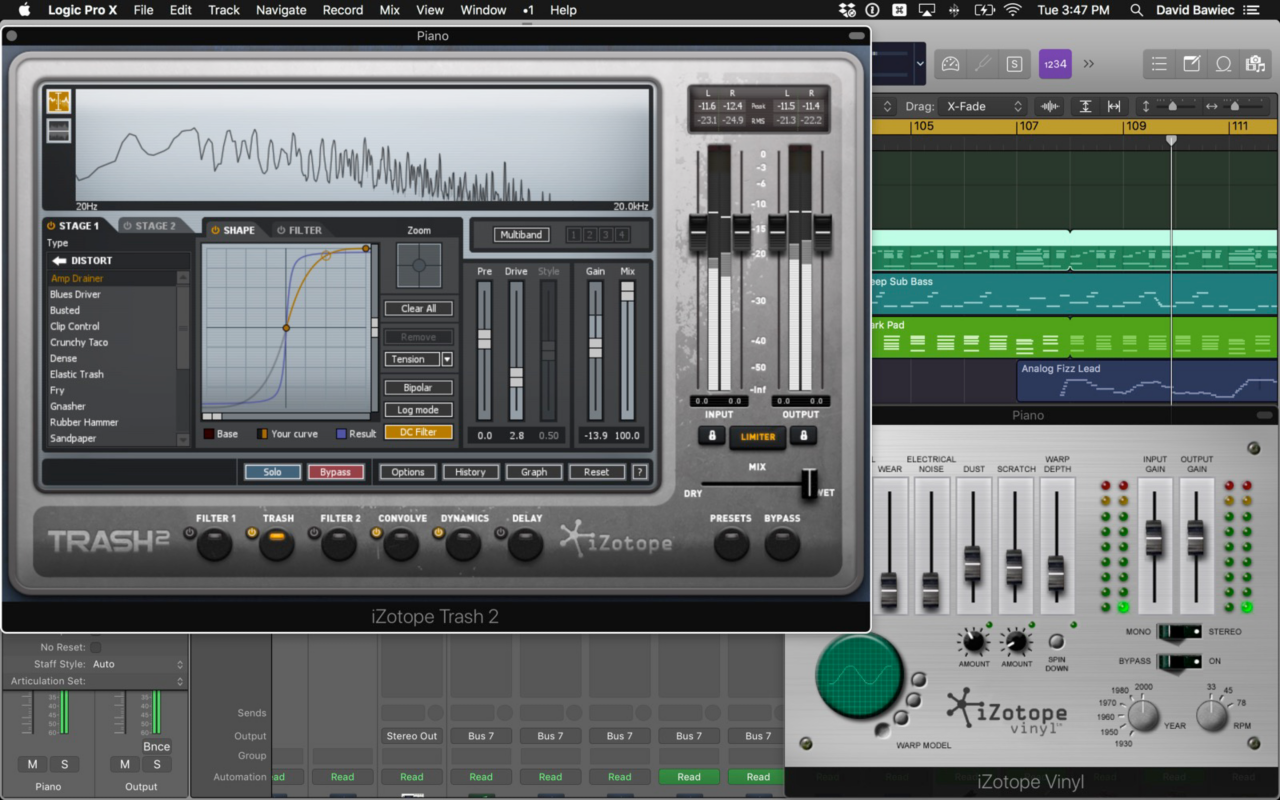 Trash and Vinyl on our final demo

DDLY, Mobius Filter, and Trash 2 are all included in the new Music Essentials Bundle. All three of these will give your creativity a boost that it's been needing. With hundreds of presets to choose from, you'll be conceiving new sound in no time.

Once you have a full song ready and recorded, it'll be time to mix and master it. The great news is, the bundle includes everything you need to get great sounding mixes out the door. Learn how here.