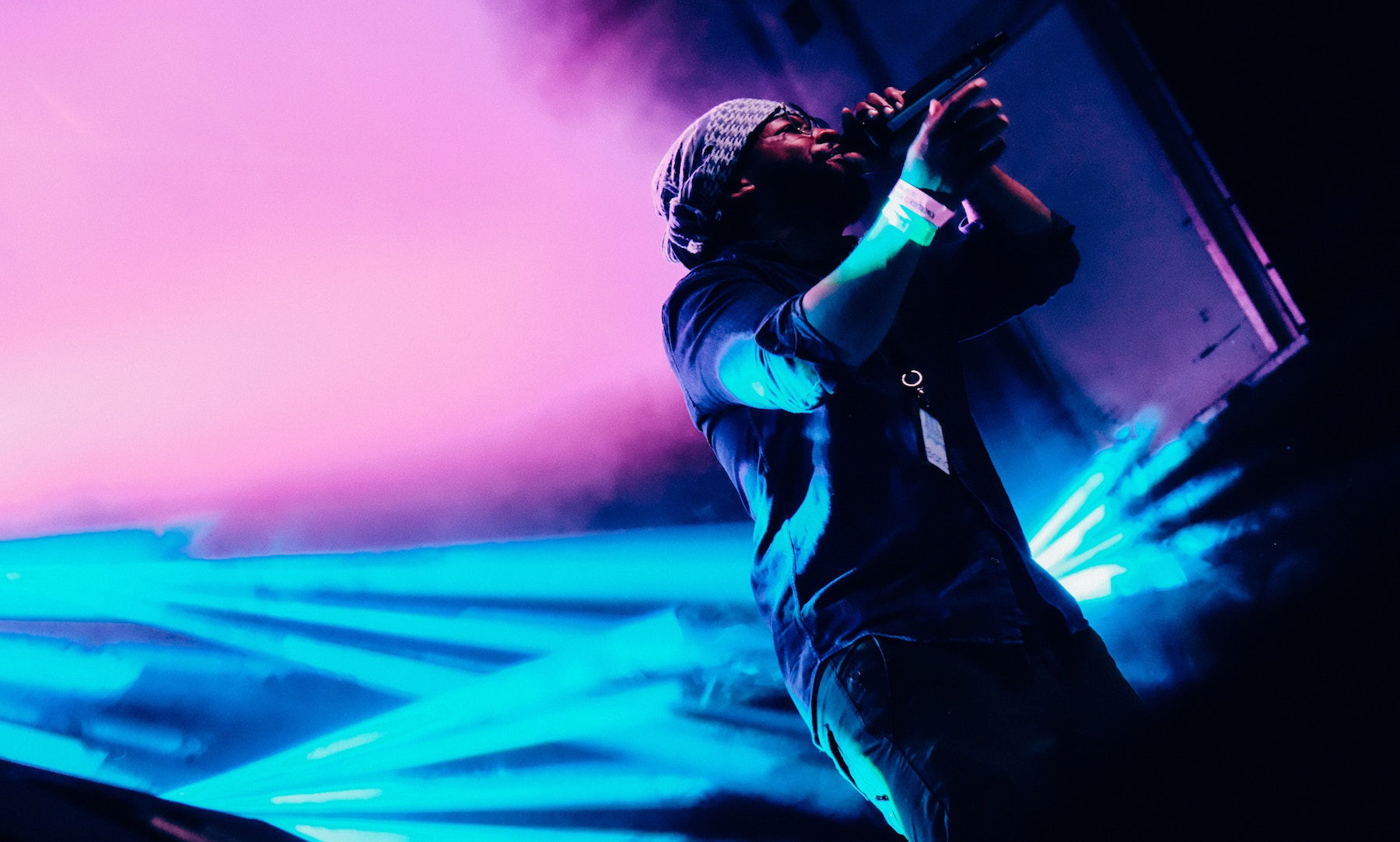 To the casual listener, hip hop may not seem particularly revolutionary. But for those folks who keep tabs on one of the world’s most popular musical form, it’s a constantly mutating genre.

In 2018, a number of trends emerged in hip-hop beat-making. Some were nostalgic revisitations from hip hop’s past, while others were more novel developments. Below, we take a look at four of the more interesting sounds that were heard in hip hop throughout this past year.

Listening to the production on Chicago rapper Noname’s songs is always interesting. The sound of her voice and the rhythm of her lyrical flow instantly stand out. But on her debut album, Room 25 (largely produced by Phoelix), jazz-influenced beats are introduced to her sonic repertoire, most notably on the absolutely exquisite but all too brief track “Blaxploitation.” It’s the type of genre fusion that doesn’t always work, but when it does it’s truly amazing.

One of the more exciting rappers of 2018 was undoubtedly UK emcee Flohio. After making her debut on God Colony’s “SE16,” Flohio has rolled out several tracks throughout 2018. They follow a familiar dark, industrial, and grime-influenced template—a style perfectly encapsulated in the single “Wild Yout” produced by HLMNSRA.

Chicago rapper Saba established himself with his 2016 record Bucket List Project, and returned this year with Care For Me. On his track “Life” (produced by daedae, Daoud, and Saba) Saba explores a dark atmospheric sound, with skittery, asymmetrical percussion that alternates between laid back and aggressive tonalities.

After a three-year break, Odd Future alumnus Earl Sweatshirt returned with Some Rap Songs. It is the high water mark of his career so far. Instead of exploring any number of current hip-hop trends, Earl went old school by excavating the sampledelic style perfected by J Dilla on albums like on Donuts. On Some Rap Songs, samples are looped, chopped, and screwed, often times beyond recognition, like on the outstanding track “December 24” (produced by Denmark Vessey). The beats are lo-fi and laidback, but in the best possible way—the complete antithesis to hip hop’s crystal clear production techniques.

For the last several years, Brooklyn-based duo Armand Hammer (Elucid and billy woods) have consistently been one of the more experimental acts in hip hop. Their 2018 album Paraffin reaffirms this truth. They specialize in a type of hip-hop production that is abstract; more about overall atmosphere than form, putting listeners in leftfield realm of hip hop. Experience it for yourselves on the brilliant track “Rehearse With Ornette.”

After several years of gradually diminishing returns, A$AP Rocky put out Testing, reminding everyone just why he was so great in the first place. Experimental and psychedelic, Testing found Rocky collaborating with artists as diverse as Clams Casino and Moby with equal bomb. On “Purity”, he and Frank Ocean offer up an abstract number that is mostly beatless, but for a roughly forty-second stretch that makes the percussion seem more like a dreamlike intrusion than anything else.

2018 was a good year for Meek Mill. After being released from prison while his court case plays out, Meek Mill released his fourth album, Championships, easily his best offering to date. On the track “Stay Woke” (produced by Mike DZL), his rapid-fire flow is paired with an atmospheric production that features asymmetrical beats. It may not be the most groundbreakingly abstract beat of the year, but it’s a reminder that mainstream hip hop is always receptive to creative beatmaking.

Years after entering the hip-hop mainstream, trap is still going strong. And despite some stasis as far as beats and overall production, a number of artists are proving that it can evolve beyond its skittery hi-hats and sub-bass sounds. One track that does this well, without completely reinventing the wheel, is Nipsey Hussle’s “Double Up” (produced by Mike & Keys, Sap, and Amaire Johnson), which features Belly and Dom Kennedy. The beats are upfront in the mix, while the synths and sampled sounds sit in the back creating a dreamy soundscape.

Rapper Travis Scott also got in on the trap evolution action in 2018 with his new album Astroworld. Take, for example, the track “Stargazing” (produced by Sonny Digital, B Wheezy, B Korn & 30 Roc). The beat is fairly typical trap, but other sonic elements, such as samples, synths, and vocals, add additional percussive elements that might at first seem imperceptible.

On his new album, Big Chang Theory, Bay Area rapper Tonee Hayes, a.k.a Nef the Pharaoh, alternates between his usual party and activist personas. While perhaps not as catchy as last year’s The Chang Project, it has a great moment with the track “Blow-Up Bed.” Humorous title aside, Nef the Pharaoh lays down the rare track that can be listened to in a chilled out state or while sweating it up on the dancefloor. It’s not groundbreaking material, but it’s catchy as hell.