All 11 Exponential Audio Reverb plug-ins in one bundle: 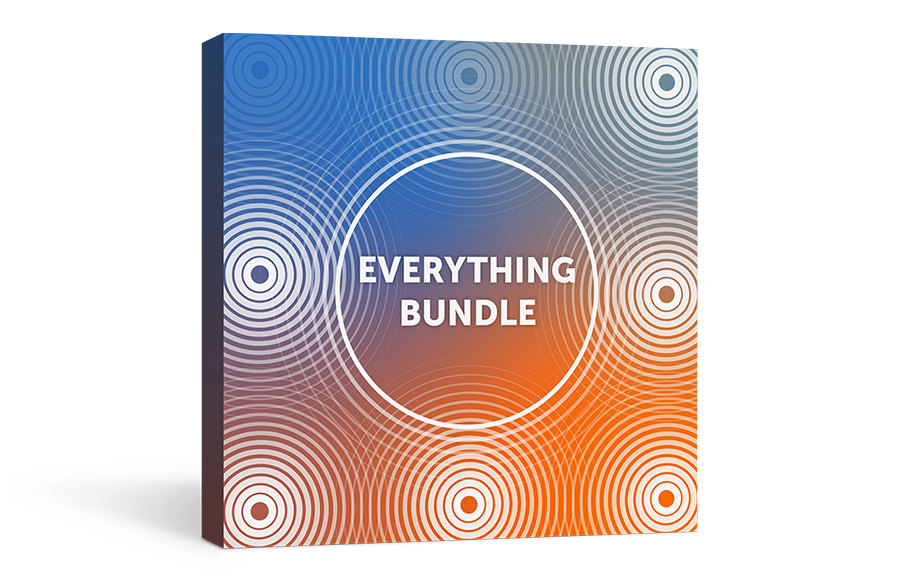 Everyone makes mistakes, but you don’t need to make the same mistake twice. In this video, we cover five beginner mixing mistakes and strategies to avoid them in your next session.

1. Too much processing on a track

Piling heaps of plug-ins on individual tracks is by far the biggest mistake you’ll see in beginner mix sessions. We’ve all fallen victim to this, and it’s hard, because we see our idols do it on tutorials, in blog posts, and sometimes in person (if we’re lucky!).

But our idols have a method to their madness. They know why one EQ might be right for a high-pass on a track, why the next is appropriate for boosting the high mids, why such-and-such compressor has the perfect complementary tone, and most importantly, how all the plug-ins work together.

While it’s important to search for the right moves and experiment with new tones, experimentation can be detrimental—in the mixing phase at least—if you don’t have an idea of the sound you’re going for in your head.

To minimize the guesswork when you’re learning how to mix, try using Track Enhance, our machine learning-powered mix assistant in Neutron. Think about the sonic flavor you’re trying to impart on your track and choose the Style that corresponds to it from the menu, then select an intensity, and run the assistant over some audio. In no time, you’ll be set up for success with a custom preset relevant to the unique properties of your audio, and tailored to the sonic direction you want to travel. From here it’s up to you tweak the sound to taste, or start over with a new combination of settings.

And to minimize the chances of overprocessing, use the mix sliders in Neutron, to bring in only a dash of one module or another to avoid an over-processed sound. It’s as easy as dragging these sliders up and down to introduce as much of the effect as is needed.

2. Reverb on every track

Lots of new mix engineers slap reverb on nearly every track. Now, there’s nothing wrong with heaps of time-based effects, but this approach can be taxing on your computer and can lead to a pea soup of sound. Also, it’s important to understand what reverb is and how it can be used to support the vibe you want for your tracks and ultimately your whole mix.

If putting reverbs on every track sounds like your thing, I invite you to try the following: limit yourself to only four or five reverbs across a whole mix—and shoot for fewer if possible. Exponential Audio has many reverbs to choose from, some clean and digital, like Stratus, and others which impart an analogue character, like R4. Use aux tracks to distribute the reverb efficiently across your tracks. An aux track, or auxiliary track, is a track that doesn't have any recorded audio associated with it and can be used to color other tracks with effects, like reverb and delay.

To do this in your DAW, create an aux track, give it a name that makes sense to you. Head to the track (or group of tracks) you’d like to send over to the aux. Then, send some of your dry signal over to the aux by splitting it using a bus. Depending on your DAW, you might have to route the inputs and outputs so that the signal is being sent properly between tracks, buses and aux tracks. Be sure to adjust the amount of signal you want to be processed by the reverb. To be efficient, you can send other tracks to the reverb by sending their signals to the same place. This is a great way to add a dash of reverb to many tracks without having to instantiate a reverb plug-in on each one.

When you’re just starting out, it’s hard to know if two signals are out of phase, especially if no one’s around to teach you how to recognize the predicament.

Live drums are often problematic, so here’s what to do when presented with a multi-mic’d kit: Check the phase of the overheads against each other, flipping one of the overheads to see which gives you a more cohesive, solid picture. It’s usually a night and day difference. You can use the Polarity Invert button in Neutron or Relay to check.

Then test the other mics against the overheads in solo. Listen for which combination has more body in the lows and low-mids. Watch the meters—chances are, the polarity arrangement with a higher level will be the one that’s in phase.

Drums don’t usually apply here, but multi-mic’d guitars do. In this case, you can think of the phase relationship between two mics as an opportunity for tonal variation—an EQ, almost. Keep in mind that the quality of sound will change depending on the relational level of the tracks too.

Remember—when mixing elemental instruments like drums and bass, check for phase, and try to favor the cohesive picture. When mixing elements are not so foundational to the track, learn to use phase relationships to create the best tonal picture.

4. Working in solo for prolonged periods of time

Plenty of big-name mixers have great tips to offer, and to demonstrate these tips, they’ll often play their results in solo so you can better hear them. However, these engineers don’t always remember to warn you about working in solo.

Generally, it’s not good to mix a single sound in solo, as you can lose perspective quickly. But there are some caveats. For brief moments in time where it’s necessary to hone in on a problematic part of the sound—like a resonant snare drum—soloing is appropriate.

There is nothing wrong with soloing a group of tracks. To mix the drums, the bass, and vocal in solo to achieve better microbalance is useful in short intervals. If you’re particularly worried about problematic elements of your vocal, guitar, or bass, you can use the Option/Alt + Click feature in most iZotope product EQs to effectively ‘solo’ the frequency spectrum and scrub around the instrument to identify and attenuate the problematic elements. For example, if the resonance in a synth is bothering me, I can Option+Click to identify it, double click to place a node there, and then dip the node down, notching out that problematic harmonic.

5. Adding tons of bass and treble

We’ve all been there, piling on bottom end and treble as though they’re ingredients that can never go sour.

This is one of the larger mistakes for beginner mixers, leading to ear fatigue and poor translation across speaker systems. For example, if you’re boosting low end to unhealthy degrees—once that mix is delivered into the world and makes in onto an output platform with exaggerated bass, like some popular loudspeaker and headphone brands, your mix’s low end might be so thick that you incur distortion, or at the very least the low end is so pronounced that it’s masking higher frequency elements, like vocals and percussion (something Neutron’s Masking Meter can help with).

Your strategy here is to create a mix that’s as balanced as possible so it sounds great no matter where it’s being played back.

To instantly gut-check the low and high ends of your mix, put Tonal Balance Control on your masterbus, and select a target curve that best corresponds to your track. If you need some pointers for using reference tracks, look no further than any of our helpful guides. These targets were developed after analyzing thousands of beautifully-mixed records—and some not so well-mixed ones, too.

If you’ve got too much bass or treble, you’ll see it immediately in the white line that represents how your mix stacks up against the “typical” range of low, mid, high-mid, and high energy. And with iZotope plug-ins in the session, through inter-plugin communication, you can quickly make adjustments to your mix to get the right balance of lows and highs. This will make for an easily translated and balanced mix overall.

Check out more of our tutorials, tips, and techniques to improve your mixing skills, download free presets, master your mix, and more.