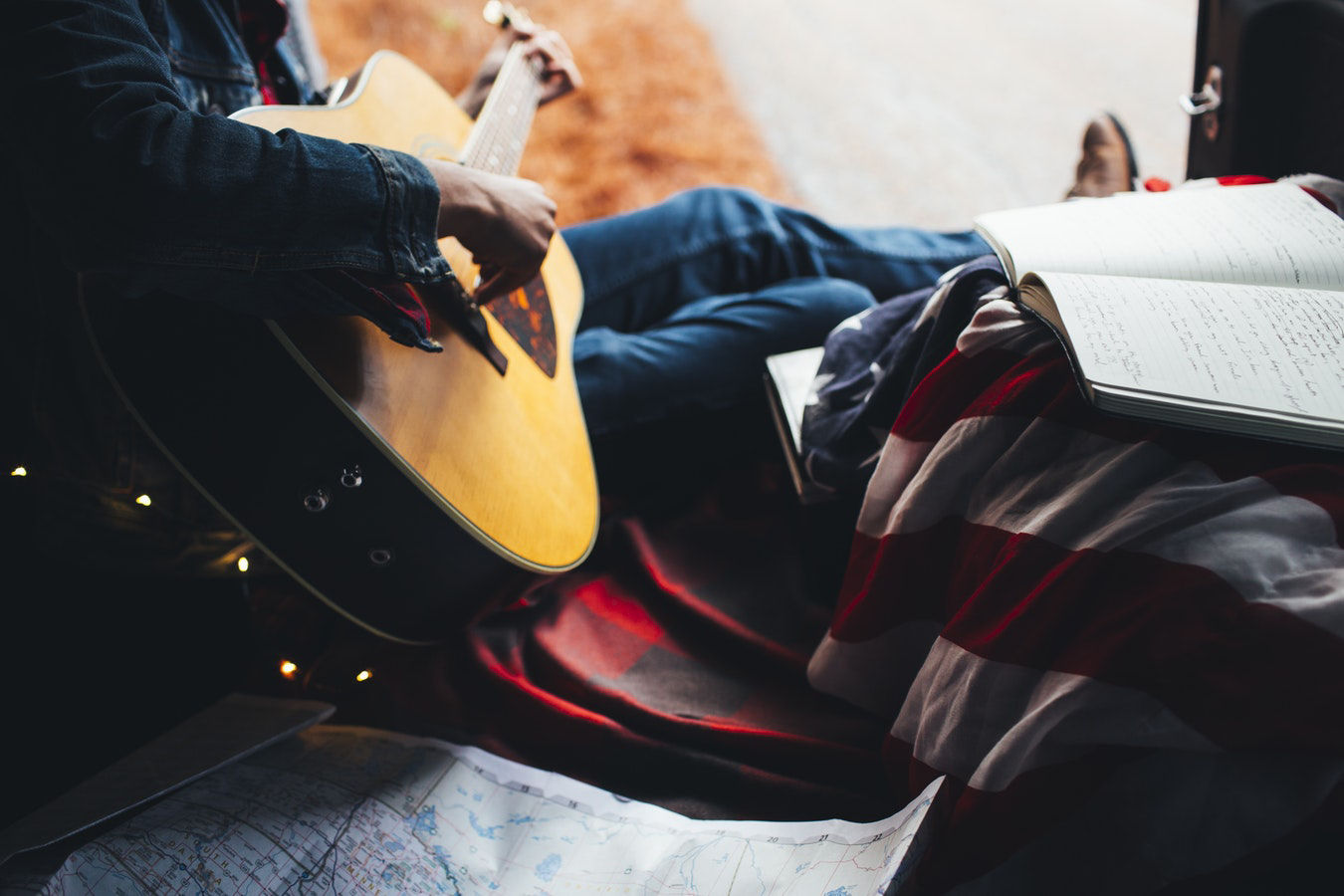 Many songwriters fall into the trap of saying the same thing over and over in their songs. Granted, sentiments such as “I love you” or “I hate you” do bare repeating, but often the material doesn’t develop, or worse, it loses the listener’s interest.

The anecdote to redundancy is an exercise called song blocking, which will help you make sure each section of your song says something distinct and always in service of your song’s central statement.

People write songs for many reasons, but most if not all of begin as a form of catharsis or self therapy. There’s nothing quite like singing a song you wrote about your horrible ex to help you process the turbulence they created in your life, or revisiting a moment in the past captured in song to help you cope with the present.

In the beginning it can almost feel like songs are happening to you. Feelings can take over and songs just seem to pour out, almost as if you’re simply a vessel through which a feeling takes form. The trouble with this is that feelings, especially strong ones, can blind you to how they’re being presented to a listener. The fact that you may have said the exact same thing in all three verses of your song can easily be shrouded by all the feels.

When you want your writing to evolve from a form of catharsis to a craft, you need to be the one in charge and start happening to our songs as opposed to letting them happen to you.

One good way to make sure that your song sections do the job of serving your central statement (chorus) and keeping the listener engaged in the narrative is by blocking out each of your song sections in the simplest of terms. By boiling each section down to its essence and taking a look at how they all string together, you get a look at the big picture.

As an example let’s take a look at “Homeward Bound” from Simon and Garfunkel. The central statement and overarching sentiment is “I wish I was going home.”

It’s the job of a songwriter to create song sections that support the chorus. All lyrical, harmonic, melodic, and rhythmic roads should lead there, and you can think of this song blocking exercise as a figurative road map of that journey. By blocking out all the sections, we can simplify each section in “Homeward Bound” as follows.

Each verse does 3 things:

Logically leads into the chorus

Says something distinct from the other verses

Recolors the emotion of the chorus

Paul Simon, who is the songwriter, does a great job of telling us something new in each verse. In the first verse he starts by setting the scene and pulling us into his world of being a traveling musician, carrying only his suitcase and guitar. He then moves on to show us how every day is becoming the same to him in verse two. From there he reaches the apex of the narrative by revealing that he’s just getting by, pretending he’s OK despite the fact that he’s not. This is a lovely progression of succinct storytelling and emotional unfolding.

This simple processes of blocking your songs and making sure all the sections fit together and create a sense of forward motion will help to ensure that your song is written well.

Are you gaining weight?

You’ll also notice that the boxes around each verse and chorus get larger as the song progresses. Good songs gain weight with each section and reward the listener by giving them something worth sticking around for, all the way till the end. Simon saves the full emotional payoff until the last verse-chorus cycle, leaving you with the full depth of how this life on the road truly affects.

Just like a good joke, songwriting is all about timing. Comics start by setting the scene and giving people context, then they meticulously choose their words and the spacing of each phrase until it’s time to hit ‘em with the punchline. We’ve all heard our fair share of badly timed jokes or dropped punchlines, and it’s never pretty.

This analogy to comedy is a strong one. If you start a song by letting everyone know that you were cheated on, there might not be a reason to keep listening. Instead why not start by telling your listener about how you met or the first sign that something wasn’t right. Give the listener an opportunity to understand how that person made you feel or the history behind the relationship so that when you finally reveal the fact that they left you for your best friend, your final chorus lands like a punch in the gut.