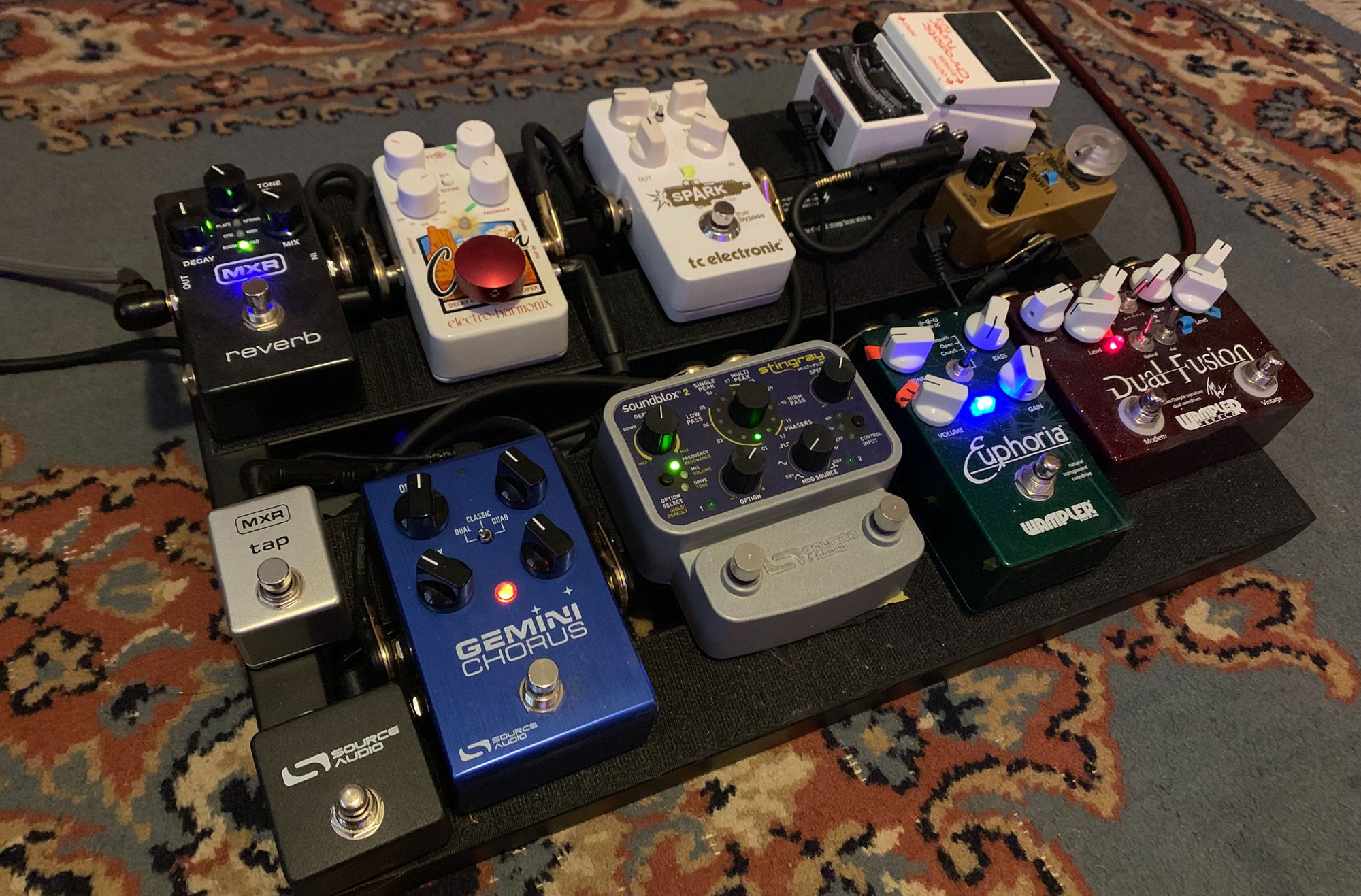 “I typically describe the music I write and play as "groove-based", but it definitely leans most in an instrumental R&B/soul/funk direction. I've been getting back into writing and rearranging some older songs that I have never published, and found Spire to be the perfect platform to allow me to explore these and be intentional in my layering.”

"In the first tune, my friend sent over a beat he made over the weekend and he threw some space in front so I could explore some sort of intro and development. It’s easy to be collaborative with Spire studio. All I did from there is put it in my iCloud folder and import it into the Spire app."

Prepare the track: The next step is preparing the track. I set the tempo and turned on the metronome so I could keep the intro in time with the beat. Then it was time to record.

Guitar: I recorded my guitar through my pedalboard and direct into Spire Studio, putting down some low chords and then an octave higher with a touch of pedal reverb.

Bass (on guitar!): I recorded what I wanted the bass part to be on guitar through the Spire on-board Bass Amp effect to get a little grit, knowing I'd double this in bass when I had one in front of me.

Synths (guitar again): I added a synth inspired lick using external distortion and phaser pedals and used my guitars tremolo arm to mimic the mod-wheel LFO sweep on select notes. I later played the bass in on a P-bass through the Bass Amp effect with the drive turned all the way down.

Track cleanup: I finished by using the precision trimming, by holding down the trim arm, to selectively remove sections of the tracks to create more interesting layering and hits.

In the second tune, I had a silly octave sliding riff that I had recorded a while ago that I thought would make an interesting punk-inspired R&B tune.

Guitars: I added some strumming guitar to this riff and a mocked up bass part.

Bass: I later added the real bass similar to my mocked up part.

Kick drum (on guitar): I made a "kick drum" by slapping the strings into the Bass Amp effect with the boost on and tone rolled back.