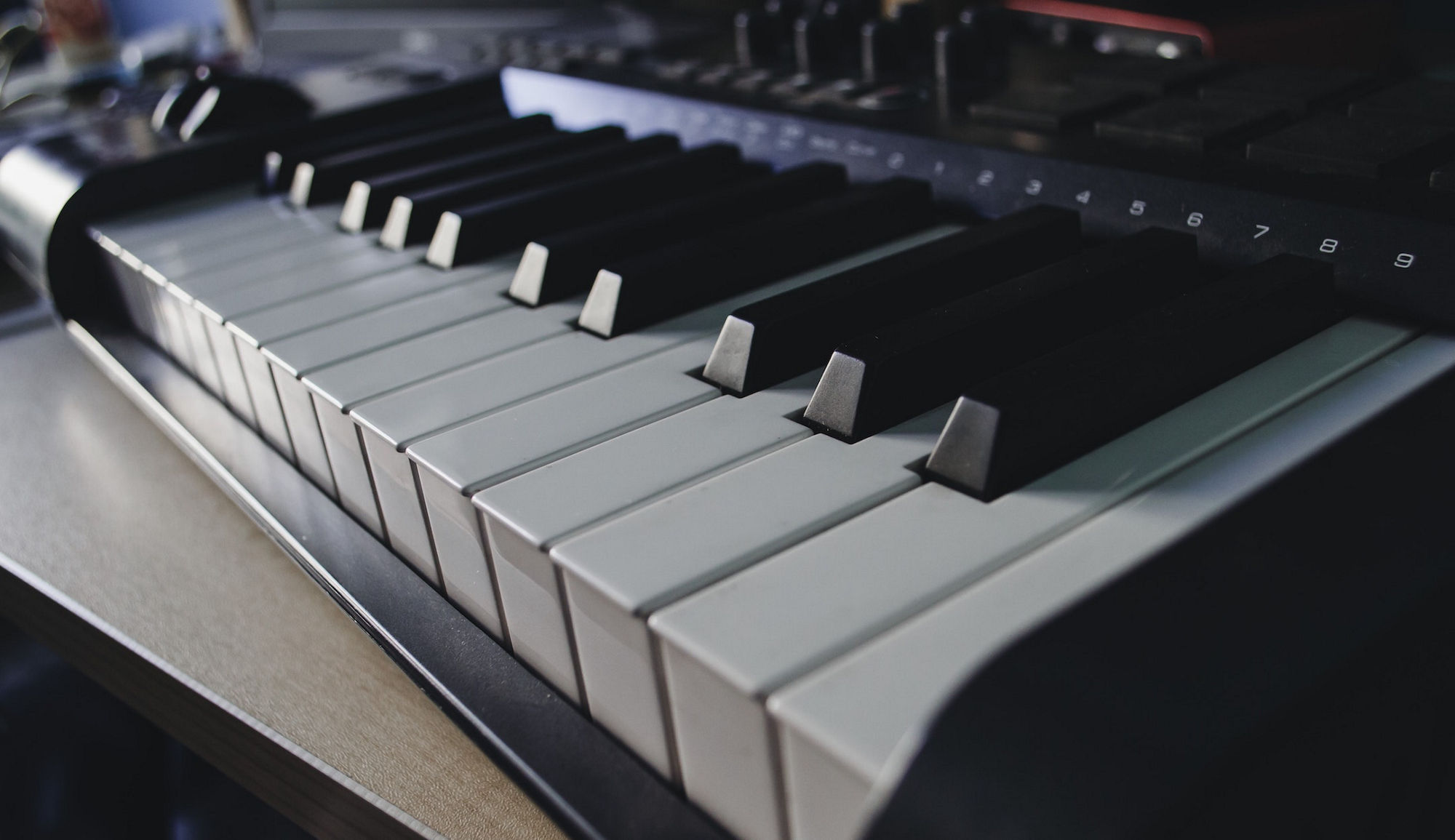 Another year almost the can, and what have we learned? I don’t know—it’s outside of the reach of this column to dispatch any Grand Life Lessons. But when it comes to the twin disciplines of songwriting and production, on the other hand, there’s a lot to sum up. Indeed, 2018 saw some developments in popular song craft, from the rhythms employed, to the chord changes, the harmonic flavors utilized, the subject matters rapped about, and the melodies employed.

In this article, we’re going to dive into some of the more noticeable songwriting and music production trends, and explore what it means for your productions further down the line.

Ho ho ho and away we go!

1. Rhythms that don’t pound you on every downbeat

This year, you may have noticed a welcome respite from music that relentlessly hits every quarter note with a kick drum—a conceit commonly known as “four on the floor.” Look no farther to the Billboard Hot 100: whether slinking along to the beat of Ariana Grande’s “thank u, next” or bobbing/weaving to any of the three Drake tunes that dominated the number one slot, audiences were offered less pounding jaunts and more mid-tempo fare. Even when we do encounter faster stuff, we seem to be drifting from four on the floor. Rhythmically, one could say “Sweet but Psycho” has more in common with “Hey Mickey You’re So Fine” than any Pitbull song.

What does this mean for you and your production styles? Quite simply, feel free to vary it up when it comes to the placement of your kick drum. Maybe we were inching away from four on the floor over the couple two years or so, but now we can safely say it’s time to let that convention go.

Speaking of conventions to embrace…

2. That 90s “almost-swing” beat inched its way back

We can’t write about the year in pop without mentioning Drake, who had three songs dominate the top ten: “Nice For What,” “God’s Plan,” and “In My Feelings.” More than a common artist, the three tunes also share a rhythmic trait: their beats all follow a slightly bouncy, half-time drum pattern. While these patterns may boast a sample selection and timbre all their own—sure, we’d identify all the sounds as contemporary—still, the feel of these patterns approaches the heyday of mid-nineties pop music. If you were to use RX 7’s Music Rebalance module to isolate the drums in these tunes, and decided to sing the catchy chorus of Des’ree’s “You Gotta Be” over them, you’d notice the melody and feel fit together easily.

It’s not just Drake. Other artists are creeping slowly from trap to something with a little more bounce and swing to it. “Close to Me,” for instance, introduces some syncopations into the kick drum, a playfulness that’s taking us a bit back into the 90s groove. The same could be said for “Happier” from Marshmello.

What does this mean for you? Keep an eye on more 90s traits to see if they can be incorporated in your productions. After all, “Nice for What” not only has the bounce, it has a sonic palette of female backup singers that’s quite reminiscent of Lauryn Hill.

So much music in the last fifteen years has been made with these progressions that YouTube videos exist solely to lampoon their existence. But 2018 was the year where we finally broke away from these chord progressions. Other than Maroon 5 holding rigidly to convention with “Girls Like You,” these progressions have been largely absent from the number one slot Billboard Top 100.

Again, take Ariana Grande’s “thank u, next.” You may remember that Jayme Silverstein referenced pre-2018 Ariana Grande in saying that pop bridges were bringing back “extended harmonies.” This year, with songs like Grande’s, we’re seeing more playful approaches to chords, be it in Stevie Wonder-like turnarounds or dominant chords with the leading tone in the bass (a facet you hear in this song, and in Ellie Goulding’s “Close To Me.”)

Even when we’re getting two-chord progressions like God's Plan or Psycho, we see a design that feels more like suspended animation than solid tonics and dominants.

What does this mean for you? If you have knowledge of theory or a music school education, you no longer need to hide your erudition to be marketable. Come out of the shadows with your knowledge and show the populace you mean enharmonic business!

4. A dearth of millennial whoop (and other melodic nuances)

A summary glance of the charts reveals a few interesting developments in the melodic content of hits. Sure, we could notice that melodies have a more upbeat flare—not upbeat as in happy, but as in starting on upbeats: the “and” of beat four, instead of the downbeat of one. We could also track the uptick in chart-toppers whose melodic phrases end in worldless phrases like “ay.”

But for my money, the most important melodic development of the 2018 pop sphere is the marked decline in millennial whoops. That’s not to say they’re all gone—"Happy Now” by Kygo seems to have one interlaced into the melody around the 23 second mark—but there is a perceivable lack of them when compared to former years.

What does this mean for you? It means that if you, like me, are sick of the millennial whoop, you don’t have to put it in!

While other rappers tended to highlight their wares, brag about their exploits, and wax poetic about sexual conquests, Drake has often peppered his rants about how unfairly treated he feels—even while engaging in the trappings of subject matter described above. This year saw Drake take the number one slot many, many times on the Billboard 100, doing so with his emotionally isolated takes on feuds, beefs, and the like. Kanye too has trafficked in such solipsism.

But 2018 saw him in younger company, as the phenomenon of Emo Trap and mumble-rap pushed its way further into the mainstream. Posthumous hits from XXXTentacion brought this emo point of view even more into the mainstream. Rappers such as Lil Xan got shoutouts from The New Yorker in conjunction with the term “Sad Rap.”

What does this mean for you? If you’re inclined towards the morose, people seem to have the stomach for it these days. You don’t have to put forth the sunny sound of europop any longer, if that never was your vibe in the first place.

Part in parcel with the emo trap sound is a reliance on chiming pads, chords fashioned out of calliope-like sounds, and samples of the usually-festive subverted into something dark and foreboding. A song like “ZEZE” from Kodak Black uses its spare steel drum over a minor chord progression that feels anything but celebratory. The XXXTentacion song “BAD!” uses its various harmonic engines to make it seem like the most evil of circuses. “Space Cadet” from Metro Boomin uses chiming electric pianos reverberating and swirling in a minor key to create a plaintive bed for the rap. We see the same sort of sonics employed on Grande’s “thank u, next,” where electric pianos get the sad, swimming, yet somehow muted treatment.

What does this mean for you? We seem to be in a more haunted atmosphere, where even formerly happy instruments evoke feelings of alienation, dread, and contemplation. If you’re composing a minor key or suspended chord jam, consider using these sounds and affecting them to feel slightly swimmy as you do so.

Can we really say that in 2017, certain music production trends abruptly stopped, while others immediately began? Of course not. Things bubble into being, playing off each other. As we alluded to earlier, some of what people noticed in 2017—at least on the curated Spotify side—has merely proliferated into the mainstream. What this list gets us is a jumping off point, should you wish your productions to be in keeping with modern flare.

Having said that: go beyond what’s modern or current now. These trends are current now. If you want to be current in six months, don’t copy them. Maybe set your sites on what’s indie today, and borrow—or more importantly, develop—what’s being done now. Whatever your approach, go forth and produce!