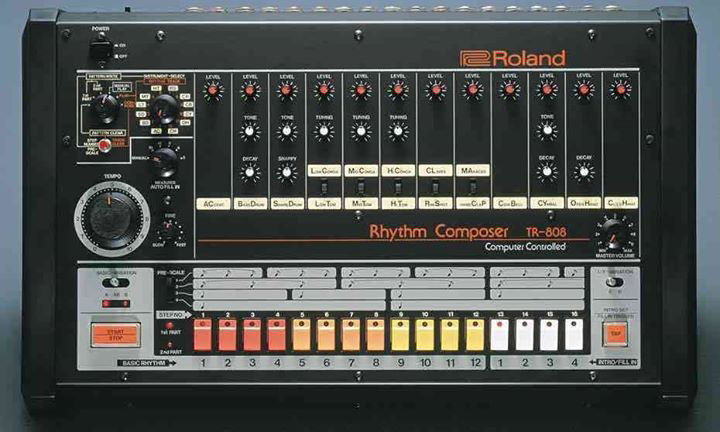 Learning how to give a kick drum a greater depth and boom takes time and effort. It’s just not something that comes right away, unless one happens to be a naturally born electronic music or hip hop producer.

To accelerate the learning curve for musicians and producers, we’ve put together several techniques for adding depth, roundness, and overall presence to your kick drums.

First things first. Before agonizing over the various effects and tricks that should be applied to a kick drum, focus on the original sound itself. Are you using a drum machine? If so, what kind—digital or analogue? Are you using a sampler, and is it hardware or software?

These questions of sources and workflow are important in that the answers impact how you approach finding the kick sound you like, and how you subsequently sculpt it. If you are using a drum machine, it will involve a bit more effort than simply searching the internet for a boom kick drum sample.

Something like a Korg Volca Kick might be a great place to start if you want to synthesize your own sound. It offers musicians and producers quite a bit of flexibility. A Korg Volca Beats is another good option, even though its kick is not celebrated for being deep and booming. Alternatively, one can download 808 and other drum machine kick samples into their DAW or hardware sampler of choice. From there, the tweaking can commence.

For our audio clips below, we settled on a Korg Volca Beats because of its rather tame kick drum sound. It’s exactly the type of sound that a budding musician or producer would want to learn how to beef up.

In our kick drum sequence below, we go with a 4 to the floor beat. After programming the kick, we went straight to the pitch knob to detune it. How much is a matter of taste. We decided to detune it quite a bit to add depth to the kick.

In the first audio clip you can hear the standard pitch on a Korg Volca Beats. In the second, you will hear it detuned. The difference is already marked.

The Volca Beats doesn’t have distortion or drive, so we turned to our DAW, Ableton Live, for this task.

Using Trash 2, we auditioned several drive and distortion presets. Ultimately, we settled on “Clip Control” in the “Distortion” folder, as it added to the kick drum without drawing a lot of attention to itself.

The “Clip Control” preset in the “Distort” folder

The Clip Control distortion gives the kick drum that grit and added depth, but doesn’t making it a distorted mess. Whether you’re using a DAW plugin or hardware distortion pedal or rack unit, be sure to play around with the parameters to fine-tune your sound.

In the clip below, one can hear how Trash 2 impacts the Volca Beats’ kick sound. And to experiment a little, we turned on the filter, boosting some of the low end in Trash 2.

Drop in some delay and reverb

After adding drive, we turned to effects. We decided to use a short delay on DDLY, and a bit of reverb using Ableton Live’s preset “Large Factory.”

A short delay time on the DDLY with “Wide” engaged

In DDLY, we turned the Trash setting to 40%, set the Wet signal to 52%, and turned on “Wide” to create a wider stereo image. For the reverb, we cut out the high frequencies, used a rather short decay, and set the Dry/Wet signal 32%. We didn’t want either effect to take over the kick drum sound, so we kept things minimal, but they do add a little depth to the mix.

Using Ableton Live, we did some equalization and compression work on the Volca Beat kick drum. This allowed us to boost the low end, as well as the mid-low frequency, while filtering out some of the higher frequencies.

EQing was doubly important in our process because the Volca Beat isn’t equipped with a filter. Now, this isn’t going to be true for all hardware analogue (or digital) drum machines. And if you’re using a DAW for your beats, then it’s not going to be an issue either.

As can be heard in the audio clip below, the boosting of the low end really give the Volca Beat kick drum some depth and boom.

Another trick for making your kick boom is layer sounds. In our sample below, we started with the sound we just made above. Working off that, we repeated the process, this time with the kick drum pitched a bit lower using Ableton Live’s Clip Sample, where we dropped it down two semitones.

Although we were satisfied with two layers, feel free to add as many as you like. As long as the layers sound crisp and not muddy, all will be well.