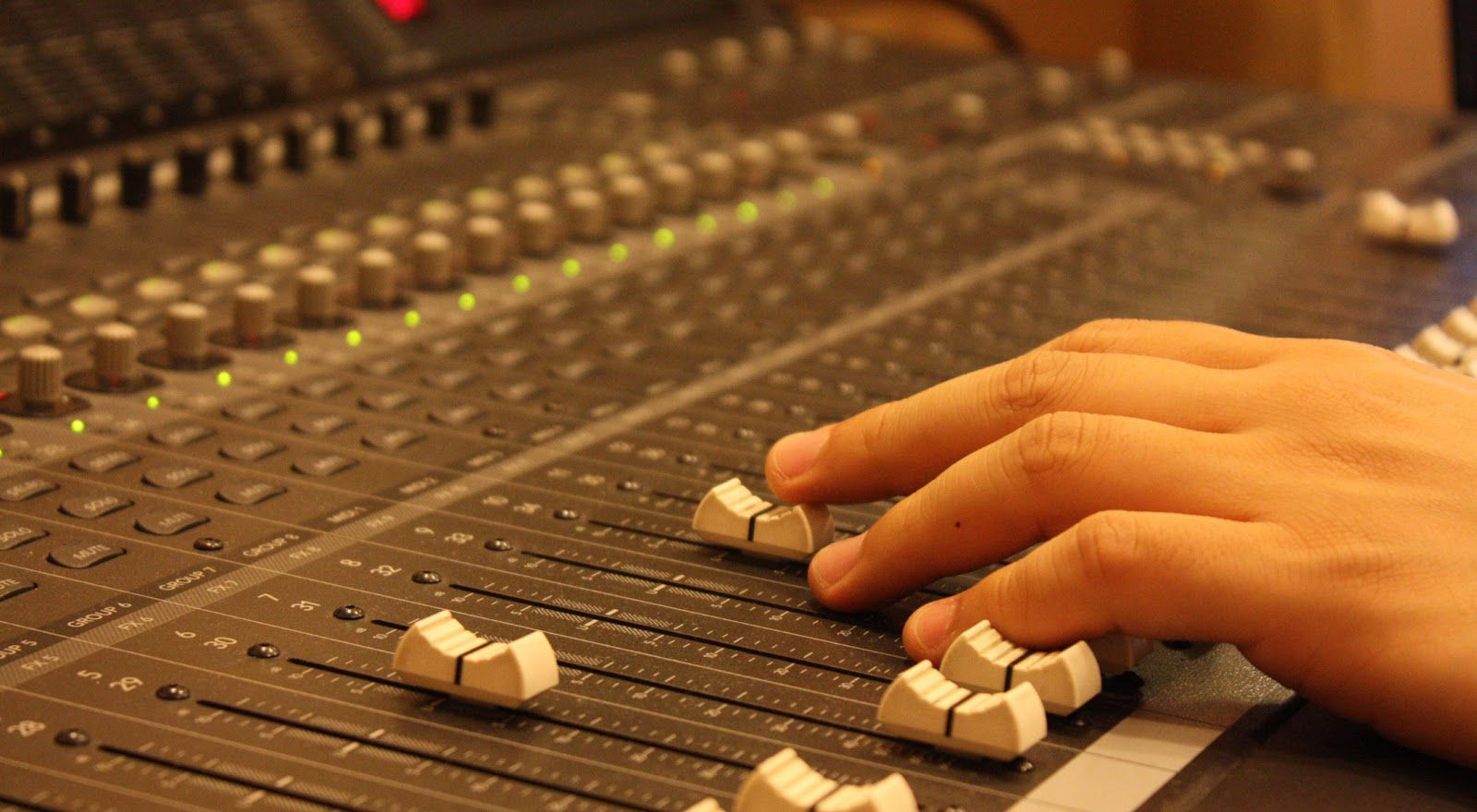 If you’ve strolled along the forums, checked out engineering podcasts, or watched YouTube videos, you’ve probably heard of the static mix—yet the static mix is hard to put into words: every engineer seems to have their own definition.

The Mix Assistant, found in Neutron 3, helps you to achieve a good static mix by listening to your song and automatically suggesting gain levels for all the tracks.

Like all iZotope audio assistants, Mix Assistant is also a learning tool, helping you see why certain settings might be appropriate for specific circumstances. As we’re all about the business of learning here, we thought we’d give you a little overview on common techniques for achieving your initial level balances—for setting up your static mix.

But first, a question:

What is a static mix?

A static mix refers to a preliminary mix created only using volume and panning—no plug-ins or automation. It often starts after you have finished prepping your mix session and completing basic tasks like tuning vocals or routing instruments to their proper submixes. Creating a static mix allows you to listen to your song and think of a plan to begin the process of mixing a song.

How to Create a Static Mix

Let's go over some tips on how you can create a strong foundation by creating a static mix before diving into mixing.

1. Use level, pan, and polarity inverter only

A static mix often involves two, sometimes three tools—and that’s it (with a caveat I’ll mention later). Moving the fader and twisting the pan-pot are the two main moves. Change the level, and place the sound in the stereo space.

When working with multi-miked instruments, you can also make use of the polarity-inverter, commonly known as the phase switch. Always keep an ear out for the fullest, most robust sound when auditioning the polarity between two instruments. When it comes to stereo overheads, you’ll probably know instantly which phase position works better—one will sound just plain wrong.

Your goal is simple: with these three tools, aim to fashion yourself a mix one could call “serviceable.” You wouldn’t be happy to release it in this state, but if you had to, you could live with yourself. That’s all you’re asking for.

Some people utilize a fourth tool, which is a trim plug-in, instantiated first in the chain. This operation differs from the fader: you’re monkeying with the level before it even hits the fader. The philosophy of trim-balancing heralds from the analog days—it seems to have its genesis in maintaining an even signal strength between tracks.

The idea was congruence among tracks: each channel would individually hit 0 on the ol’ VU meter when played at unity. You’d fiddle with the trim pot to achieve this goal, hardly ever going over that value. When you were done, no one sound would boast an innately stronger signal than any other; each subsequent decision would be easy to make, as the balance between each track would be relatively consistent at unity.

I’ve gone back and forth with this strategy. Sometimes it really helps me with smaller track-count mixes. I calibrate the VU for -14 on RMS meters, and set about the method listed above. When each track is calibrated to 0 VU = -14, I bring each fader down to -infinity and start the proper static mix. Usually this ensures that my faders stay at a healthy position, never creeping up too high—certainly never higher than the submix—yet conveying a strong signal.

Though it takes longer at the outset, this process can help me arrive at a static mix more quickly. Another method involves pink noise: you set up a pink noise generator within your session, set it for the desired loudness target (say -20 to -14 RMS), and solo each track in your mix, playing with the gain or trim until it’s just audible over the pink noise. When you’re done, you’ve achieved roughly the same goal: congruence between all the tracks, with no sound poking out above another—an excellent starting point, where it’s easier to preserve headroom going forward.

3. Start with the loudest section of the song

When setting up the static mix, try starting with the loudest section of the song—or the one with the most instruments playing at any one time. They are usually one and the same.

The method is simple: pull all the faders are pulled down (save for the vocal—it can be beneficial to leave it in as often as possible.)

Now, I have my own order of events, starting with the drums, then the bass, the harmonic instruments, the lead parts or lead vocals, the background vocals/melodic elements, and finally, any contextual effects. Your plan of attack might differ. Whatever you do, go about setting a balance, aiming for a mix you’d be “simply okay with.” It’s as simple as pushing up one fader, then another fader, all the while determining if the relative level and pan position are correct (also phase, if I’m dealing with a multi-mic’d instrument).

“Correct” here means “in appropriate balance to one another.” You want to make sure the balance between every instrument feels good—the kick shouldn’t overwhelm, the bass shouldn’t loom inaudibly.

But we don’t want to get bogged down in this process. For one, there’s lots more work to do. Repeating a section over and over is also a surefire way to lose your perspective, if not your mind.

All we want to do is achieve an acceptable balance. We don’t need to hear every word of the vocal—EQ, compression, and automation will help us out later on. We don’t need to worry about the low-end rub between the kick and the bass; sidechaining and dynamic equalization can give us the boost (or the cut) we need.

Don’t spend more than five minutes on this if you can. Set a timer, and see if you can beat it.

5. Leave your buses at unity and keep your tracks below unity

If you’re mixing through submixes, leave them at unity gain. We want them to hover higher than our individual tracks, because it’s always good to follow the roundly trodden road of common-sense gain staging. Yes, we can break the rules in the 32-bit floating-point world, but analog-style gain staging translates among systems, and this helps us avoid bad habits. It’s also an elegant solution for maintaining headroom throughout the chain.

Keep in mind we’re not aiming for unity gain with the faders of our individual tracks; many people advocate for 6 dB below unity. I don’t particularly care about a number—I care more about a color—the color red, to be specific.

To be even more specific: the color red at the tippy tippy top of the master fade. We don’t want to hit the red on the master fader, for we will leave no headroom for the mastering engineer. A lack of headroom can lead to a dynamically choked, small-sounding mix.

If you were to use Mix Assistant, you’ll note that headroom will be preserved, as evinced by the following screenshot.

6. Watch your meters as you balance your tracks

When going from one to, say, 20 tracks, the overall level can jump quickly, swallowing headroom and clipping the outputs. This results in distortion. To help you out, open a meter to make sure your signals don’t get too high. You can use any number of free VU plug-ins with 0 dB calibrated to anywhere between -20 to -14 RMS. Obviously the higher you set the calibration unit, the less headroom you’ll leave for the mastering engineer.

Or, you can use a LUFS meter like the one in Insight 2, read the short-term meter, and choose the level that best suits your workflow. Many of the mixes I master come in at around -20 LUFS, which gives me a ton of headroom to work with—so aim there if you want to be safe.

When I’m mixing, I tend to shoot a little higher, because I’m more comfortable working at that level; it helps me to get the dynamic range of instruments appropriately reigned in. This is just my preference though—you need to find your own, and you need to stick to it.

As you watch the levels, make sure you’re not clipping or pinning the meters, even if you’re working with a 32-bit floating-point engine. The headroom is not only for your eventual mastering engineer—it’s for you. It gives you room to move around, especially at this crucial stage of securing the right balances so you can have the healthiest starting point.

7. Loop through the song a few times

Once you’ve gotten the big multi-instrument chorus of the tune set, move on to the whole mix, starting at the top and running it through a few times. You may find yourself making minor adjustments to elements along the way, scoring an overall balance that’s more in the ballpark.

However, you may also come across some stray elements on the same track that don’t seem to work at all between sections. It could be a guitar part which feels too loud or too off-center once you’ve transitioned from the verse to the chorus.

This is a good time to set up more tracks—splice regions that don’t play nice between your sections and give them their own tracks, so you can avoid having to automate them, or compromising on tone to suit disparate sections. Now you can balance each element appropriately within its part of the song, all without worrying about giant changes as you go from verse to chorus.

We must reiterate that this is an averaged approach to a static mix—many engineers have their own definitions, and their own modus operandi. The goal, though, is usually the same: to achieve an optimal balance between all the elements of the mix. Always pursue that goal when defining your own methods.

Also, be open to new perspectives: as there are many paths up this mountain, there are multiple opportunities for growth—for learning. Perhaps you might learn something about balancing the levels from this article, in which we interview Ike Schultz (Lizzo, Tinashe, Ricky Reed, and others). I know I sure did.