Have you ever wondered why mixes done on analog gear sound so good? It’s because passing signals through circuitry adds a sonic character that we love. Saturation plug-ins emulate this phenomena, but to understand how they work and why they sound good, we must first understand what audio saturation is and what it is doing to our signal.

Following along with a free demo of iZotope Neutron or Ozone, powerful mixing and mastering plug-ins.

What is audio saturation?

Audio saturation is a type of distortion that historically comes from overloading the physical components of analog gear. Pumping signals through tubes, transformers, or tape machines for example, turns out to be sonically pleasing to the ear because saturation introduces two new processes to the original signal: compression and harmonic enhancement. Saturation in music can be used as a creative effect such as overdriving a bass, or can be the more subtle byproduct of a signal passing through circuitry.

The signal is compressed

Saturation first began as an electrical phenomenon. When an output of a signal is equal to the input, the input and output have a linear relationship, or a 1:1 ratio. When we begin to feed a component more signal, but the output remains the same, that relationship becomes non-linear such as a 2:1 ratio. The harder you drive the component, the more aggressive this ratio becomes, such as 4:1, which is effectively compressing the dynamic range of our signal. For a more detailed look at non-linear behavior check out What is Soft Clipping? How to Use It to Get Good, Loud Masters. 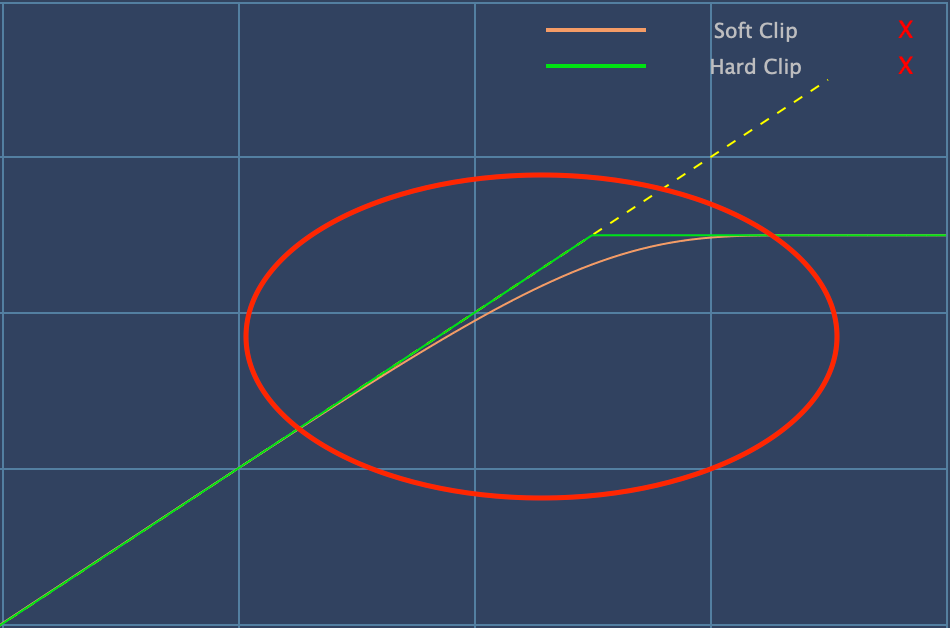 An example of non-linear behavior in an exciter plug-in

You may also run into the term "exciter" in various saturation plug-ins. The terms excitation and saturation are often used interchangeably. They’re technically similar in that the desired effect is the addition of harmonic content into your production to achieve a desired “vibe”. But where they largely differ lies in the function of tape saturation. Besides adding harmonics, tape saturation has other parameters that affect how it processes sound  (e.g. tape speed, phase state, bias, etc.)

How to use saturation on bass

Let’s take a listen to what adding saturation to a bass track sounds like. The Neutron Exciter module has four different saturation types that you can blend together: Tube, Warm, Tape, and Retro. The warm setting adds odd harmonics whereas the tube setting adds even harmonics. In this audio example, I’ve gone to the extremes with the warm (odd) and tube (even) settings so you can hear the different character of odd versus even harmonics.

Here is a bass with no saturation applied.

Next, let's listen to a bass with warm settings applied (odd harmonics) and compare that to the unprocessed bass. 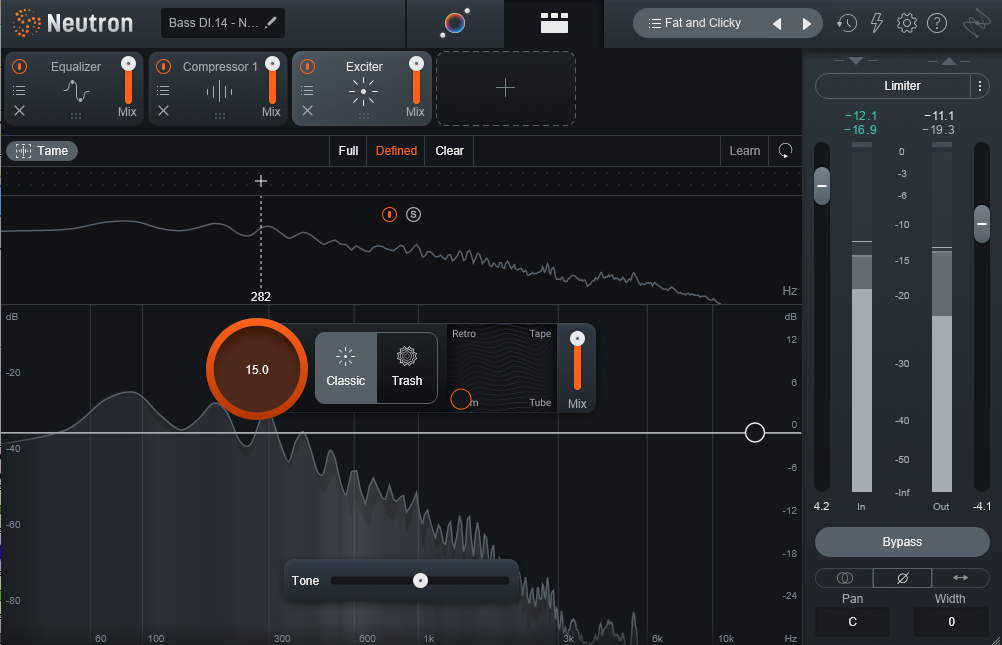 Bass with Saturation Added for Warmth

Now, let's compare the unprocessed bass with tube (even harmonics) settings that give it grit and bite. Using tube saturation to give the bass some bite

Bass with Saturation Added for Bite

Keep in mind that these examples are meant to be extreme to show you how saturation works. Using Neutron Exciter, you can apply different amounts and types of saturation to different bands of frequencies to fine tune your sound. Use the Mix control to blend your dry and wet signals, and Tone to balance highs and lows.

To hear subtle saturation on bass, watch this video from Brian Fisher on how to get a great DI bass sound using Neutron and Neoverb plug-ins.

Glue your drums together with saturation

Another popular use for saturation is on your drum bus. Because part of saturation is compression, adding saturation to your drums will “glue them together” dynamically, while the added harmonics glue everything together tonally. You can also overdrive your drums but then only blend in a little of that signal to add sonic interest to the beat. 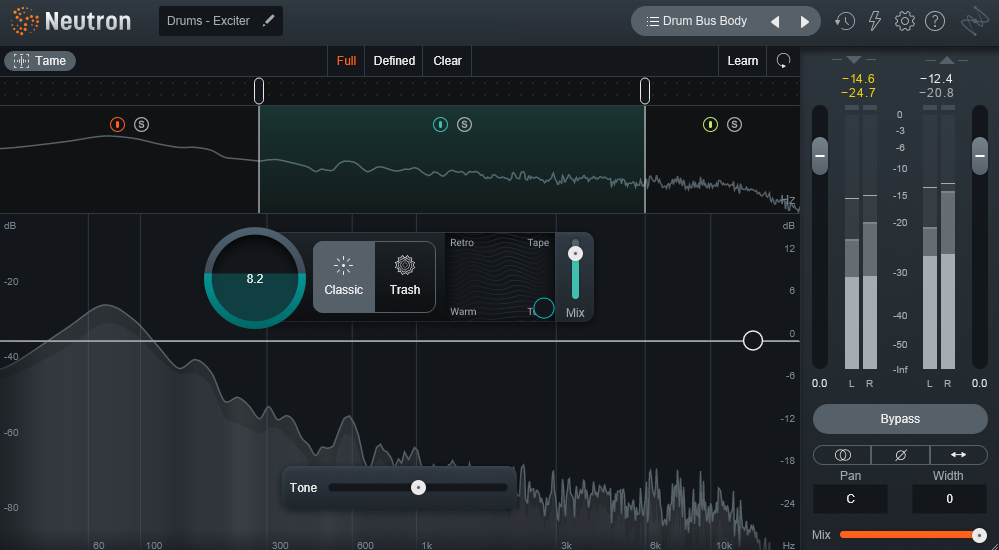 Adding saturation to your drums will glue them together dynamically

Here's an audio example of an unprocessed drums compared to drums that have had saturation added to give them a more cohesive sound and character. As with our bass examples, these saturation paramaters can be further tweaked in Neutron to taste.

Using saturation on your master bus

We just heard how saturation glues together the drums by adding a little compression and harmonics across the kit. You can do the same thing by adding saturation to your master bus. Here, I’ve added Ozone Vintage Tape Saturation module to my master bus, making the stereo image more interesting, as a final touch.

For more on the practice of mastering with saturation and exciters, check out Jett Galindo's tutorial on how to use exciters in mastering.

Watch professional mastering engineer Jonathan Wyner explain how to use excitation in audio mastering in the 'Are You Listening?' educational mixing and mastering video series.

Add excitement to your mix

With a bit of non-linear compression and harmonic enhancement, audio saturation is a tool that is at home on just about any track in your mix or across the entire mix itself. Add some edge to a guitar solo or make your bass cut through the mix by experimenting with Neutron's Exciter module today.