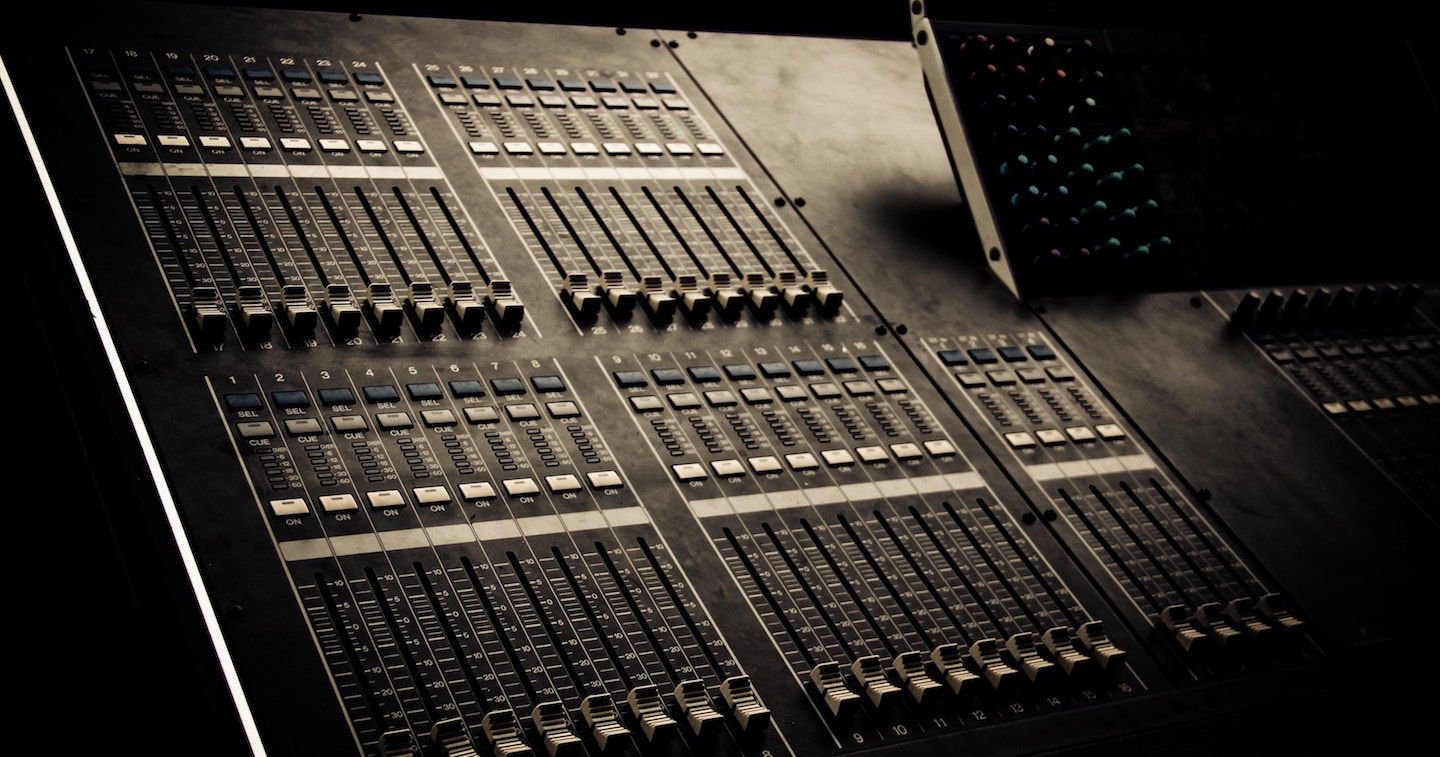 If you're not a mixing or mastering engineer, you probably have questions about how the two processes differ. The technical talk and knowledge of gear leave even the most experienced musicians feeling confused, so that outside of the engineers themselves, few people really know what happens during these final stages.

And this mystery leads to lots of misinformation—some people consider the two processes one and the same, or discard them as unnecessary if the music composition is good to start.

To pull back the curtain, we’ll look at five key differences between the two phases and offer insight into why they are important to the music you make and listen to.

I think the best way to start this off is with an overview of the tasks carried out at both the mixing and mastering phases of music.

Mixing marks the start of post-production, where an engineer carves and balances the separate tracks in a session to sound good when played together. With tools like EQ, compression, panning, and reverb at their disposal, mix engineers reduce clashes between instruments, tighten grooves, and emphasize important song elements. In some cases, they might even layer drum hits with samples from outside the session or mute redundant instrument parts.

Mix engineers also need to consider whether their decisions serve the arc of a song, which may be communicated explicitly by an artist or understood by the mixer based on experience. The chorus isn’t hitting hard enough? Well then the preceding verse needs to be reduced in level and filtered slightly darker to make the transition clearer.

A mastering engineer takes the stereo mixdown and both corrects and enhances sonic elements to ensure optimal playback quality across all systems and formats before distribution. They too are looking to achieve a sense of balance, but across and between the separate songs in an album—If song one through three is bubble gum pop, song four is a downtempo ballad, and song five is dancehall-influenced, what decisions need to made regarding timbre and level to smooth the transitions between these disparate styles?

Mastering engineers require an attentiveness and experience that no other person in the music making process has—it is the last chance to make a change to the way something sounds and catch mistakes, and the decisions made at this stage are what appear on all copies and duplications of a song.

Once a song is finished by a producer, it is handed off to a mix engineer as a full session (often the case for Pro Tools users) or folder of stems for them to work their magic on. This might be a small session with a dozen tracks or a 100+ track session complete with vocal doubles, multi-part harmonies, and other backgrounds.

Mastering engineers, on the other hand, make the final touches to a project from a bounced stereo file of the mix. The restriction of this file format is part of what makes the mix phase (and the production and recording phases before it) so important—there is only so much that can be done with a stereo recording. Mastering engineers can’t go into a project to sculpt a kick drum, filter a synth, or unmask vocal parts. They make broad adjustments and enhancements to the entire mix, keeping in mind the artist’s vision and market standards.

Here is one example of a song, pre and post master, to illustrate the changes that take place at this final stage:

Before Mastering: "Promise You" by Field Study

After Mastering: "Promise You" by Field Study

While I cannot speak for all mixing and mastering engineers, there are some key differences in workflow between these disciplines, regardless of genre. Because mixers receive multiple tracks, a chunk of their job, at least in the earliest stage, is organizational in nature—labeling and color-coding tracks, ordering them hierarchically in a DAW, and creating instrument groups and submixes.

Once this is done, a mixer will proceed to more creative tasks like filtering, transient shaping, and effects automation that allow the separate tracks in a song to blend well together. Depending on how a production sounds when it reaches the mixer, a full song mix can take anywhere from a couple hours to days. This long time investment requires that mixing engineers develop a routine to maintain focus and avoid ear fatigue. Does it make sense to start with vocals? Or drums? Do you leave the tasks you enjoy least to the end or get them out of the way first?

Mastering engineers also need to be organized, but their focus is narrower. A typical mastering session goes something like this:

1. Critical listening: what does this song need to hit market and genre standards? Do I actually need to change anything? How should I order my signal path?

2. Set levels for the song based on genre, character, and release format.

3. Apply broad EQ and compression to improve tonal balance, while A/Bing the master with a gain matched original version for quality control.

4. Consider how the individual songs on an EP or album work together. Is the character and loudness of each song uniform and consistent?

5. Prepare export settings based on listening format. This might involve adjusting levels for conversion, resampling, and generating documentation.

The creative changes that happen during the mastering stage are subtler than those at the mixing stage (most EQ changes are around 1 dB up or down). But since they are made to a stereo file, there will be unexpected consequences that need to be listened for. Has a cut in the low-end somehow added edge in the presence range? Given how close a song is to completion once it reaches a mastering studio, the entire process rarely takes beyond an hour, so full album can be completed in a day.

To distinguish noises in a recording from something that is in the ambient environment, mastering engineers work in treated rooms that are quiet. You simply can’t hear the quietest detail in a song if there is a heater hum in the background, audible conversation in the room over, and traffic outside. And as the last person in the creative process before distribution and replication, a mastering engineer shouldn’t rely on guesswork.

While such a room is also beneficial to a mix engineer, they are typically more mobile than their mastering counterparts. Many mixers sideline as producers and find themselves moving from one studio to the next to work with artists on a project. To ensure a mix translates well across a range of playback environments, they will also switch between monitors, headphones, and even laptops to get a different perspective and suss out tonal balance issues.

This kind of jumping around doesn’t happen with mastering. To maintain a point of reference, engineers tend to stay put in one room they know well. A modern pop album can explore hip-hop, electronic, and sentimental ballads, with separate mixers handling each style. It would be a challenge to establish a sense of flow from one song to the next if a new setup was used every few hours.

Read Tips for Producing and Mixing in Headphones for more on the topic.

There is a lot of crossover in the tools used by mixing and mastering engineers, with a couple key exceptions. Let’s start the DAW. At the most basic level, mastering is about improving a mixed-down stereo file. Just about any DAW that hosts plug-ins and has good editing options is then appropriate for mastering. But depending on the format the music is going to be released on, as well as the distribution strategy, a mastering engineer will work with additional programs to create documentation about the master. Today, with the web as the most popular distribution channel, engineers submit a metadata container to streaming platforms that include artist name, song names, track duration, and more.

A second tool unique to mastering is a limiter, which is used to bring loudness levels to market standards—a song doesn’t have to be the loudest thing around, but it should be within the ballpark of similar music. Essentially a compressor with a 10:1 ratio, limiters are a safeguard placed at the end of a mastering chain to catch the loudest moments in a song as input gain in increased. This allows engineers to boost the quieter parts without pushing the highest peaks parts into distortion. Almost all songs benefit from some limiting, but given how aggressive it can be, often a little goes a long way.

To judge the overall level of a master, see the difference in the quietest and loudest parts of a song, and reference global loudness standards, engineers will rely on a metering plug-in, like Insight 2, which you can read more about here.

For those who are new to the world of audio, mixing and mastering can feel a lot less accessible than production or playing instruments. Hopefully the points listed in this article have allowed you get a better grasp of what happens behind the scenes during these important post production steps, so that perhaps you too will get in on the secret.