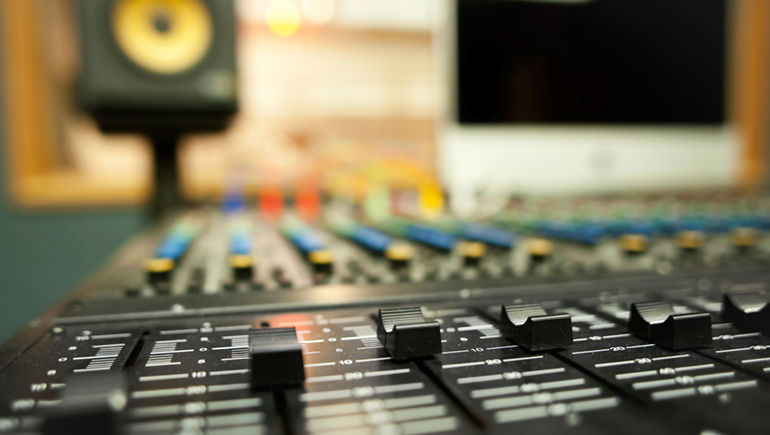 A well-produced track is like a top-shelf steak—overcook it and you just might ruin it. Here are a few tips to help you know when to let go of your perfectionism and call your project done.

In the age of digital audio recording—an age characterized by nothing if not an exponential expansion of processing options—deciding when something is finished can be a considerable challenge. But there’s also a freedom to be found in the fact that hard drive space is relatively infinite and that every multitrack recording program now has multiple layers of “undo” options, so permanence is a relative term.

If you find you’re one to keep second-guessing yourself, can’t stop adjusting everything adjustable, or have a hard time finishing something purely because of permanence anxiety, you might benefit from a few of the simple, generally restraint-themed mixing and mastering mantras shared below.

Some producers come from the schools of hip-hop, EDM, or electro-pop where the sounds and beats you use are in fact your instruments, and tweaking settings and tones can be considered part of “tuning up,” or getting the sound right. If you’re approaching recording from this direction, it’s okay to dive in pretty hard to the details of how everything sounds—and you’re probably better at it than most. However, if there’s an obstacle to your completion of finished works, it might lie therein—you may be lightning-fast at processing your stuff, but have a hard time choosing what that stuff is going to be at the outset. Limiting yourself to one beat library and a couple reliable soft-synths per project might help to cut down your completion time.

On the opposite end of the spectrum, you may be a producer from a singer-songwriter background who generally prefers process to happen during the writing and honing phases of a piece of work. The recording process can be daunting at times, even for the seasoned veteran, and it is often hard to nail down simple tonal characteristics that are important but that may take honed skill or patience to achieve. Don’t be afraid to use some factory presets—engineers get paid to work on these algorithms for long stretches of time, and they typically produce great results in economical timeframes if you can pick a few intuitively themed filters that reliably give you the sound you’re looking for.

The recording process can be daunting at times, even for the seasoned veteran, and it is often hard to nail down simple tonal characteristics that are important but that may take honed skill or patience to achieve.

Arrangement is at least as much about finding a balance between perfectionism and practicality as it is about demonstrating the breadth of your multifaceted musical intellect. While key arrangements can certainly inject memorable hooks, seamless transitional phrases, and melody-reinforcing accompaniments, hasty additions are almost always counterproductive. Likewise, using today’s near-limitless tracks to build or diminish sections of a composition is a constant temptation for modern producers, but good ones always know when to rein in their Phil Spector tendencies. You can always add a powerfully swelling, Leslie-driven Hammond organ to emphasize a crescendo…but should you?

Keep your number of tracks manageable

Though digital recording has radically expanded tracking and layering options, it’s also unleashed many producers’ tendencies to over-track. While there’s technically almost no limit to how many tracks your audio editing software can handle, there are limits to human hearing, and at some point everything begins to swirl together into aural mud.

Discerning producers will ask themselves, track by track, if each element provides an essential contribution to the overall composition/production. If it doesn’t, don’t hesitate to toss it overboard in favor of empty space. If you have the time and the budget, this doesn’t necessarily mean that you should limit your options—some engineers talk about placing 30 mics around a drum kit and then whittling down the results so that only four or five of the inputs end up being used—but the end result should be one that’s been tastefully refined. You should treat your finished product like a fine culinary dish, one that benefits most from exactly the right ingredients rather than an indiscriminate assault of too many flavors or too much of one.

Double-tracking is an age-old trick that can often make all the difference when recording vocals, guitars, or other elements that you really want to invigorate with an ultra-stereo presence, and also often allows a producer to have isolated, individual control over mixing a dry track alongside one that’s been run through different EQs or effects. It’s a valuable tool that can greatly increase the variations you can achieve in your finished sounds, but remember it’s only one tool in the toolbox; sometimes just a dry, solo track can cut through or stand out better in a multi-tracked mix.

Compressors are incredibly tempting to use, especially when applying them to things like bass, kick drums, or vocals that tend to exhibit extreme dynamic peaks and valleys in volume. When woven perfectly into mastering chains along with maximizers, limiters, EQs, and noise gates, they can help produce amazing, powerfully present mixes that punch their way out of car stereos and into the ears of listeners like crisp, articulate blasts of air. But beware—over-compression is easy to do and often leaves a mix sounding flat, lifeless, and anemic—basically the opposite of what most people are trying to achieve with them.

It’s important to be able to step out of your work and look at it objectively. Everyone in every creative business has had material casually shot down by people who only interact with it momentarily; critics, editors, entertainment executives, and so on. Even if they don’t know what they’re talking about, their perspective is important, because they only see/hear/read the finished product and only judge it as a whole. If you can extract yourself from process every now and then and try to look at what you’re making from an outsider’s point of view, it can make all the difference.

If you can extract yourself from process every now and then and try to look at what you’re making from an outsider’s point of view, it can make all the difference.

One way to give yourself options and time to ruminate on whether you think a track is finished or not is to save multiple versions. In the same way that digital cameras made it economical to take hundreds of pictures instead of just a few, the digital age has given recording technology the same freedom. If you’re recording onto hard drives and don’t need to be concerned about the cost of analog tape, there’s no reason not to create multiple mixes of a track.

Try turning reverb and effects on and off, leaving doubled tracks or cutting them to produce a more stripped-down feel, and keeping or stripping off additional vocal or instrumental arrangements to contrast a filled aural spectrum with something more open and spacious. Don’t save too many versions—you might get lost in the fields of option anxiety—but often having four or five versions to choose from makes it easier to decide on a final product.

Make a few different masters to choose from

Once you’ve decided on the arrangements, final tracks, levels, and effects you’re going to use in your mix, commit to making a few different master versions to choose from. Mastering chains have come a long way in the past few decades, and thanks to scads of both factory presets and engineers’ custom creations, the mastering process is a lot less time-consuming than it used to be. If you want to up the chance that you (or your client, if you’re a producer-for-hire) will be satisfied with the finished product, take advantage of these advancements and save two-to-three versions of your track using varying compression and EQ contours.

Studio engineers typically work with hundreds of talented recording artists in every musical genre. Though it’s fair to suspect that they might be biased if the size of their paycheck depends on whether your project is “done” or not, most any engineer worth their headphones is generally invested enough in your finished product that they will give you an honest answer about whether they think a track is finished. If you’re someone who trusts an engineer enough to record at their studio or to bring your home-recorded tracks to their space for overdubs or mixing and mastering, you should trust that they’ll give you the straight dope. They might even bring a more objective perspective to your project, and play you other, similar projects they’ve been working on for comparison.

Do the cross-system check

Before you commit to which version of your track you want to save as the final master, play it on as many different audio set-ups you can find: your home stereo, car stereo, home computer, headphones, boom box, Bluetooth speaker, and iPhone ear-buds. It’s the equivalent of a web designer making sure a site looks equally good on various computers, monitors, TV screens, and mobile devices, and is invaluable in deciding which kinds of mastering manipulation will give you the best result in the most places. Finding the mix you’re happy with after this last, omni-platform test will usually leave even the most nit picky of producers happy with their ultimate decision.

Mantras are meant to relax and focus you; keep them humming in the back of your head as you process, process, process. Overall, give your work the love it needs, but learn to feel when it’s been loved enough to go sing its song on its own.

Remember: a piece of music is something that is alive—you can help it thrive by giving it facets that fascinate and a gloss that makes it shine, but it is your duty to preserve that which was beautiful (or terrifying) about it in the first place, and, perhaps most importantly, to let it be heard.