Discover the world of audio production and learn how to get started.

What is audio production in music?

Songwriting refers to crafting the lyrics and melody of a piece of music. Lyricists can even work independently from songwriters. Songwriting is usually done by the artist or band, often with help from their producer. Sometimes music producers will hire a dedicated songwriter for a given project, or even act as the songwriter for the artists they’re working with.

Arranging refers to composing the chord progression under the main melody, choosing which instruments will be used, and locking down the overall structure of the song (i.e. where the verses, choruses, bridge, and instrumental breaks will go). Most of the arranging process is handled during the songwriting phase and is often done by the producer, sometimes with help and feedback from the artist, the songwriter, or a composer. Arranging is an important step of the music production process

Once a song is written and arranged, it’s time to hit the studio to record. A recording engineer is usually brought in to help choose the right microphones for the job, set up all the recording equipment, manage the levels on the mixing console, and oversee the entire recording process from start to finish. In the 21st century, home recording has become more prominent, with many “bedroom producers” recording and producing their own music with a few hardware pieces, a microphone, and their computers.

After all parts of a song have been recorded, an audio editor will comb through all the takes to choose the best ones. Often, they will perform a process called “comping” where they take only the best parts of each take and splice them together into one final audio track. During this process, they’ll also clean up the audio using software like iZotope RX Pro to remove any unwanted background noise or anything else that may be problematic like breaths, amp noise, and fret squeaks (check out this article on how editors fix guitar audio issues). Lastly, they’ll fix any issues with the timing and pitch of various takes and instruments to make sure all recorded elements fit together nicely.

Mixing refers to the process of making sure all the instruments in a track sound good together. This step is normally done by a mixing engineer using a DAW (or Digital Audio Workstation) and various mixing plug-ins. The mixing engineer’s goal is to polish up all the audio and get it to fit together using tools like EQ, compression, reverb, delay, panning, etc. For further reading on mixing, check out this article, “10 Beginner Mistakes to Avoid When Mixing Music.”

Lastly, the track can get sent to the mastering engineer or the artist can master their own music with tools like Master Assistant. Their goals involve quality controlling the track, performing tonal balance for optimal sound translation, and bringing the volume of the track up to industry standards for loudness, while sticking as true to the original sound of the mix as possible. When dealing with an album of tracks, the mastering engineer will also help make sure all the songs on the album sound coherent with each other. To learn more about mastering and why it’s important, give this article a read.

Audio production in other industries

Audio production isn’t just limited to music. The film, podcasting, and video game industries also require a fair amount of audio production work. Everything from composing an emotional film score to recording foley on set to designing sounds for imaginary creatures to editing dialogue for a voiceover all falls under audio production 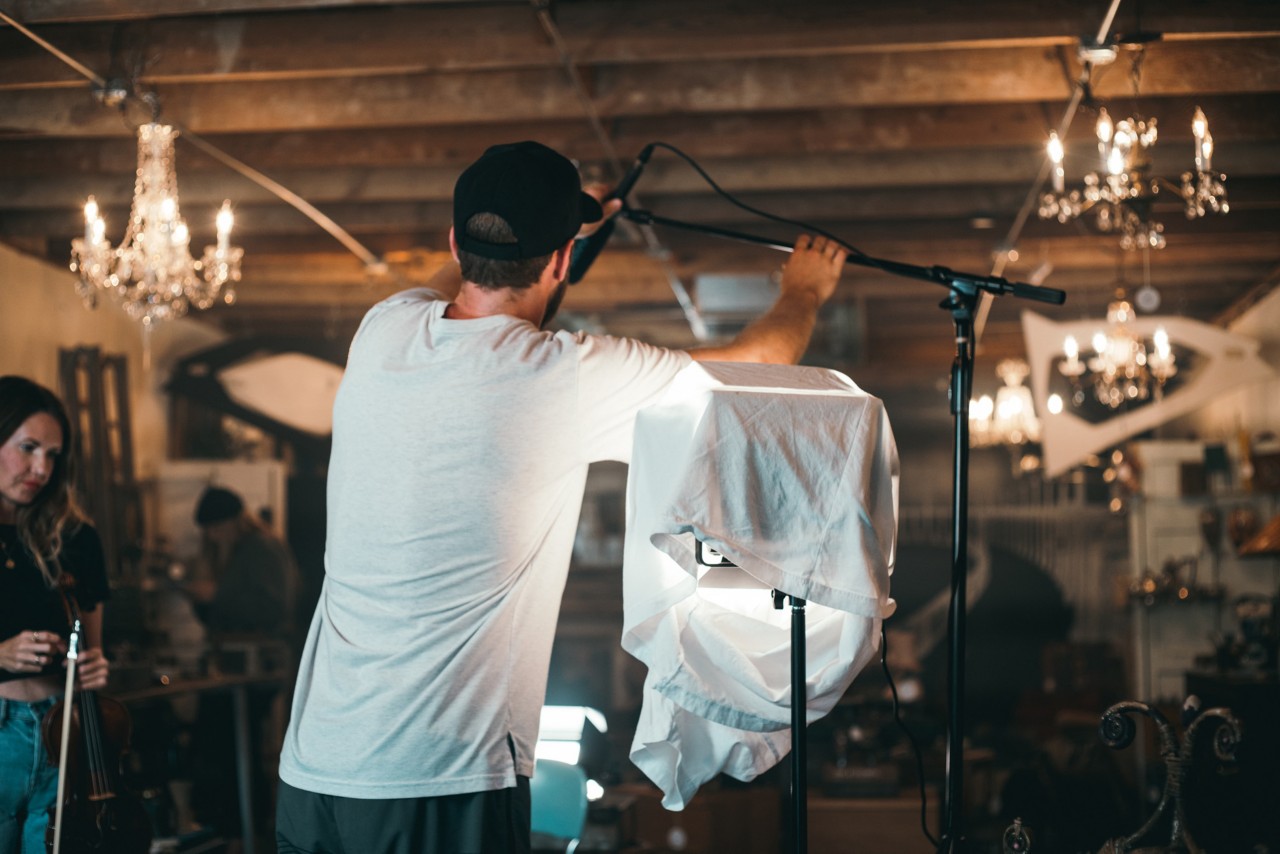 There are several careers for audio production in the film industry

How to get started in audio production

When it comes to getting started in audio production, there are many paths that you could take. It really comes down to personal preference. Some people prefer to have a more formal education, whereas others prefer to teach themselves by trial and error. There really is no wrong way to learn the industry. But, below are some great resources for you to get moving in the right direction.

If you crave more structure to your learning, going to school for audio production is probably your best bet. Many universities offer audio production degrees, and often have all of the resources you’ll need to learn the tools of the trade. Look over this list of top audio engineering schools and see if they have a program that interests you.

Another route you can take to get some hands-on experience is to start an apprenticeship. Reach out to some local studios or film crews and see if they are looking for an extra set of hands. Chances are, you’ll probably be running out to get a lot of coffee. But, being able to observe the audio production experience in the real world can give you valuable knowledge and insight into the industry.

There are loads of useful blogs and tutorials online that are great resources if you’re more of a self-driven learner. Simply do a web search for whatever technique or concept you want to learn, and the internet won't let you down. One of my favorite resources for learning audio production is iZotope’s Control Room. It’s filled with tons of educational content created by the top audio producers in the industry, and access to Control Room comes free with a Music Production Suite Pro membership.

What tools are used for audio production?

There is a wide myriad of tools used for audio production. Depending on your focus, you may need to invest in some hardware and/or software in order to get moving in the right direction.

Audio engineers rely heavily on studio microphones, mixing consoles, pre-amplifiers, and all sorts of recording equipment like hardware equalizers, compressors, and effects in order to capture the right sound in the right space. 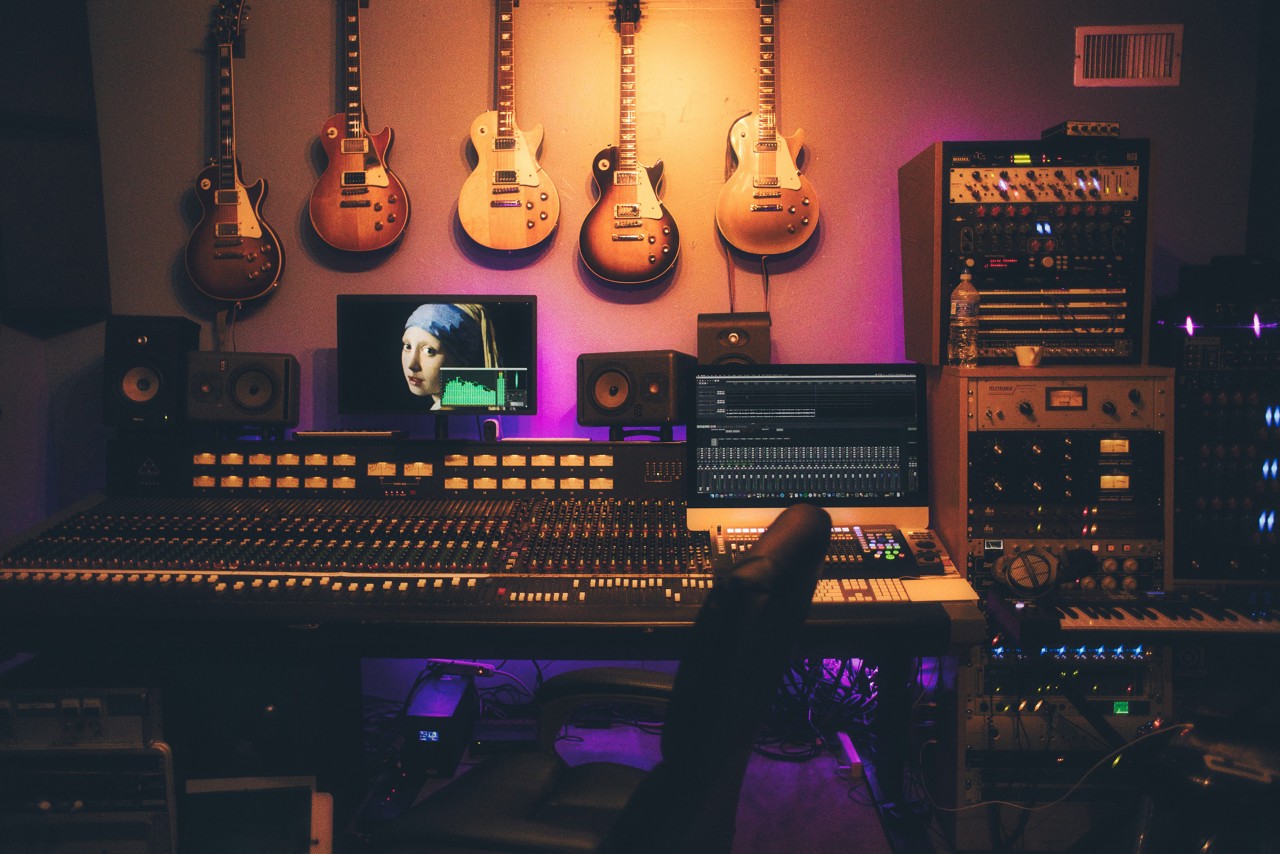 Virtually all audio production after the recording phase takes place entirely on a computer. Music producers, mixing engineers, and mastering engineers all use a DAW (or Digital Audio Workstation) in order to process and export their final audio (here is an article on how to choose the right DAW for you).

Plug-ins are pieces of software that run inside your DAW and allow you to process and manipulate audio in all sorts of ways. Plug-ins can include mixing, mastering and creative effects. And, now you can get access to them in a free trial of a Music Production Suite Pro membership. The membership includes a full lineup of software plug-ins that provide end-to-end audio production tools for any step of the process. Start your free trial of your Music Production Suite Pro membership that can quickly and easily get you producing audio, having everything you need to get started on your audio production path.

When it comes to audio production, the possibilities are virtually endless. There are so many opportunities for audio production work in today’s world as long as you have the right skills, knowledge, and tools. It can be art, it can be science, or it can be a bit of both. It just depends on where you want to take it.