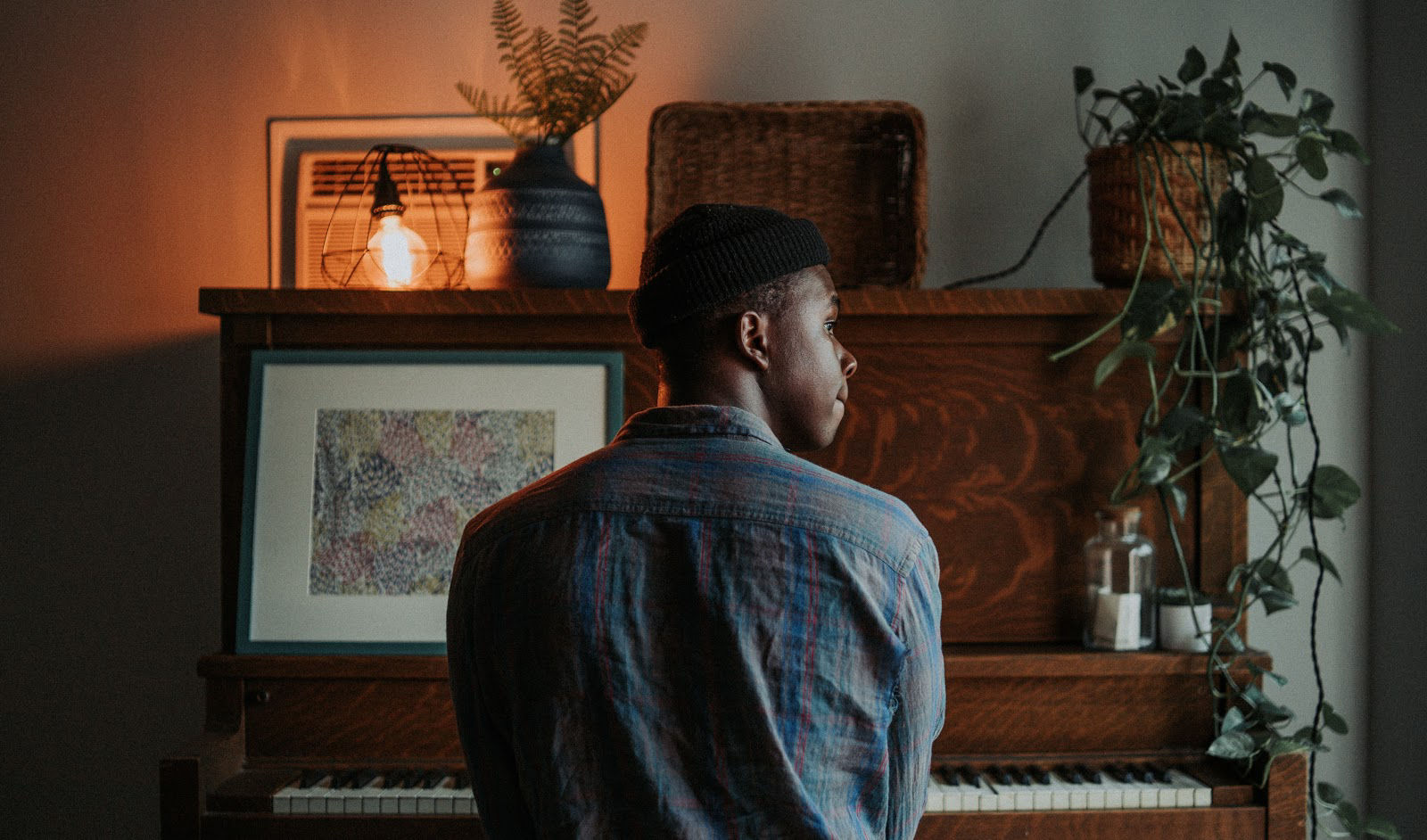 There are a number of chord progression tricks you can use to make your songs more interesting. Common methods include borrowing chords from a parallel key, building new chord progressions around an alternative melody, or adding a sense of richness and tension with diminished chords. When writer’s block happens, however, it helps to have a system in place that will help you get out of it quickly. You can try using apps that help you choose chord progressions or you can take chord progression ideas from existing songs.

In this article, we’ll cover the latter method and share some widely used chord progressions that will help you break out of writer’s block.

For ease of explanation, the key of C Major will be used for this article.

Otherwise known as the “three chord song,” this chord progression has stood the test of time as one of the most popular progressions in modern western music. It’s used in genres as far afield as bluegrass and as modern as hip-hop and trap.

Generally, this progression lends itself to brighter, happier, and sometimes nostalgic song ideas, due to its very major tonality.

Often, songs that contain this progression will use I-IV-V for the verse, but switch to a different order of the same chords for the pre-chorus or chorus. IV is a popular starting point for many choruses, regardless of chord progression. Play around with these three chords and see what you can come up with! Feel free to simplify it and stick to I-IV, which is a great foundation for any great folk/bluegrass/soft pop song.

Some examples of songs that use the I-IV-V chord progression:

This is one of my favorite chord progressions. It’s pretty rare to find in modern music, but is really accessible for songwriters of all kinds. By changing the V chord from major to minor, you stain your song a whole different color. This also heavily affects the mood of the song, in many ways dampening it and making it a bit more sad, sultry, and hopeful.

Some examples of songs that use the I-v-IV chord progression:

The wonderful thing about these sorts of chord progressions is their ability to stay stagnant throughout the whole song and not get boring. By throwing in the glorious “vi” chord in the mix, you give the listener just enough fill of their minor chord fix. This creates anthemic, sometimes soft feel. This chord progression was most commonly used in the 50s, hence its nickname, “The 50s Chord Progression.”

Some examples of songs that use the I-vi-IV-V chord progression:

This chord progression varies a bit from the classic four chord structure by waiting to give you the dominant chord (the V chord) until later in the song, or it some cases, never at all! For this reason, songs written with this chord progression are often extremely anthemic, droning, and powerful. Just make sure you use that V chord wisely. When you refrain from using the V chord in a major progression, it becomes that much more noticeable when you slap it on in the middle of the song. Used correctly, this chord progression is a beautiful tool to look into your anthemic side.

This is probably the first chord progression in this article that hasn’t been truly driven into the ground by songwriters quite yet. By starting on the minor, you don’t give the listener resolution until the end of the progression, which also allows you to loop the progression for as long as you want (as “Pumped Up Kicks” does).

Because of this, this progression lends itself to darker, suspenseful tones.

Some examples of songs that use the ii-IV-I-V chord progression:

A popular chord progression among older jazz standards, this chord progression is a mathematical gold mine. It feels, to me at least, like the most complete progression. It’s also a very fluid progression—it works with most genres. It has a very light and happy-go-lucky feel when played at a faster tempo, but its not constrained by that—at a slower tempo, this song could be a potential wistful, nostalgic ballad.

Here are my two favorite examples that showcase the two different sides of this progression:

That’s right! Songs can be in minor, too! This is one of my favorite chord progressions in the minor key. In minor, the “vi” chord becomes major (VI), which gives the IV chord a more resolute end to the progression.

If you’re looking to avoid major key songwriting, this is a great place to start. Definitely on the more solemn side of songs, the i-VI-IV progression can be a great tool to get out some heart-breakers and heartstring pullers.

My favorite example of this progression is “Drive” by Incubus.

Hopefully, these seven tips for chord progressions better equip you to overcome whatever creative songwriting blocker you may be facing. Remember not to underestimate your own ability to create interesting chord progressions. Who knows? You might surprise yourself!