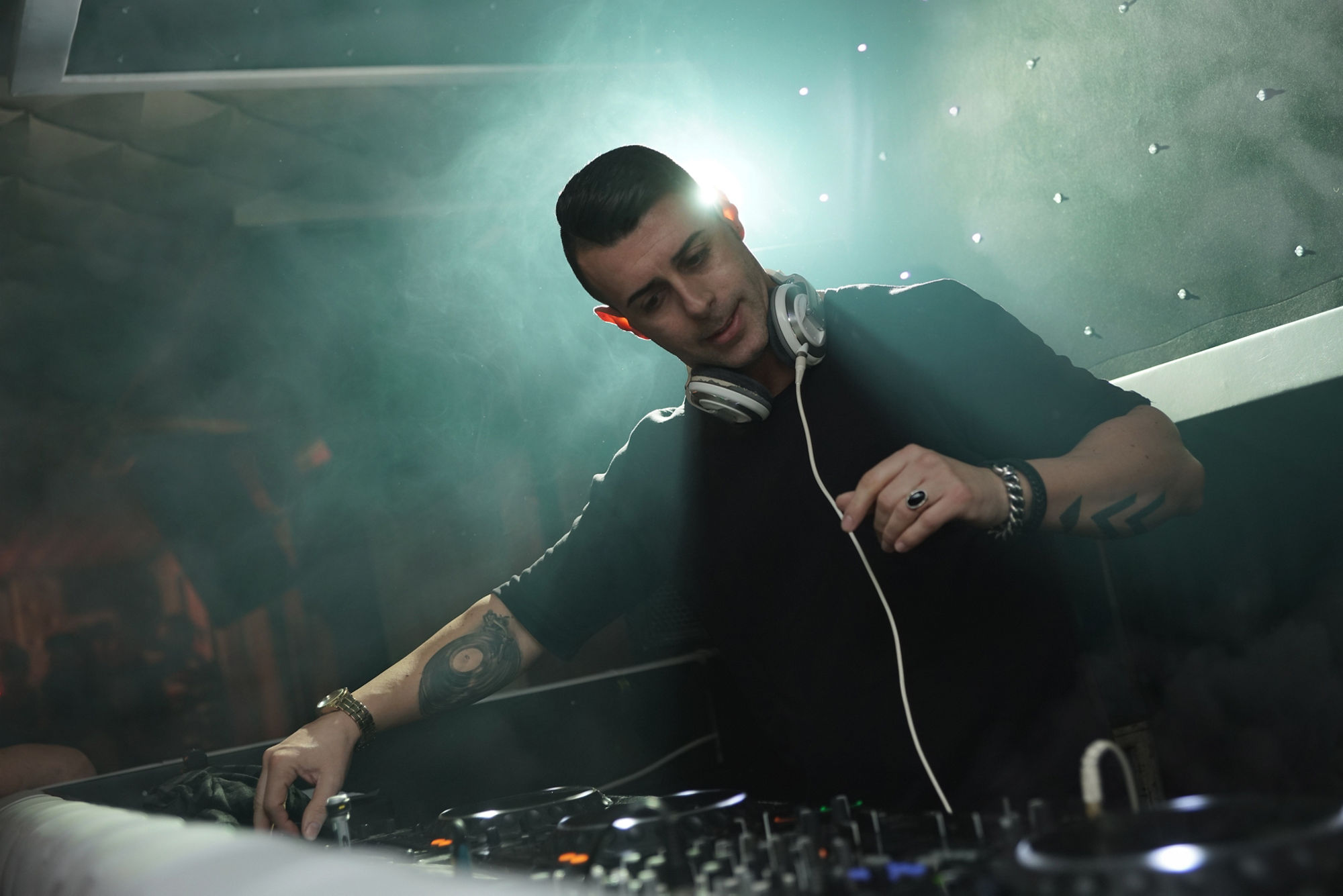 Covering a wide range of styles within the genre—from classic anthems to vocal cuts to minimal, techy jams—these tips will be of service to house producers, engineers, and even DJs.

In the battle for low-end between kick and bass, let the kick win. The kick drum is the heart of house music; it holds down the groove and signifies the genre. The bass, on the other hand, provides energy. Putting the bass in a higher register (starting at say, 100 Hz) allows you to get a more percussive, funky, or aggressive sound.

There are some house tunes where this order is reversed, and that’s fine too. Just be sure the kick and bass have their own space in the spectrum. These roles should be clearly established early on.

In either case, you’ll want to pay extra attention to masking in the low-end. It's usually not a problem if the kick and bass rub shoulders, but if their frequencies overlap too much, you will get a bloated, muddy sound. For a guide on unmasking with Neutron 3, check out this article.

2. Use sound design as an instrument

In many styles of house music, the main motif is a repeated synth chord. As you listen to these kinds of tracks you may wonder, how did the artist keep this simple pattern so captivating for seven minutes?

To me, the intrigue of most house music comes down to sound design. After all, many of the people who got into this genre early on and defined the sound were not so much musicians, but those looking to experiment with the then-new drum machine and sampling technology.

One of the best sound design tools that we’ve got available to us is mix automation. Most engineers automate controls like filter cutoff and track level, but syncing up a few more parameters will produce a more lively sound experience.

Get more automation inspiration with "8 Tips for Automating Neutron 3."

3. Think of the DJs and dancers

Most house tracks are made with the dancefloor in mind. So, when you produce and engineer house music, think of the DJs that will play it. If the track is busy from start to end and lacks a distinct rhythm, even the most seasoned DJs will struggle to blend it with another song.

For that reason, many house tracks open with stripped-down drums and gradually add layers of instruments, then slowly reduce the number of elements to return to where it all began. Midway through, there might be a rhythmic breakdown for DJs to use as an exit.

On digital paper, this may all seem a little formulaic, but you have to remember that all genres have a structure and listeners expect things to unfold in a somewhat predictable way. It's up to you to find the moves that make your music differ just enough.

4. Use sidechain compression to make room

Sidechain compression is such a ubiquitous process in mixing electronic music I wasn’t sure if it needed repeating here. But for the newbies still hanging on, this is for you!

Sidechain compression is most often used to turn down the level of instruments every time the kick is played, making the kick more prominent. To get this set up, place a compressor on the tracks you want to control (usually samples, bass or synths) and set the sidechain input as the kick, which will tell selected tracks to fall in sync with it.

If you want to hear sidechain in action, have a listen to Daft Punk, who played a big role in popularizing its use in dance music. Do you hear the disco sample pumping between the kick drums when the clap comes in? Every time the kick lands, the sample momentarily goes quiet then shoots back up. You can arrange your compressor so the effect is not as extreme, but this example should make it clear what’s happening with your audio.

Many times over, sidechaining has helped me transform a struggling, flat kick into a powerful smack in the chest (in a pleasant, musical kind of way, of course). This trick is popular for good reason.

5. Get club-ready bass with layers

When trying to mix a big, bold bass sound, one track might not be enough. Though this task typically falls on the producer, you might be the producer too, so read on.

Early in my production days, I was under the impression that what we call “power” in music was a product of the very low frequencies below 100 Hz. But even when I’d boost my kick and bass in this range, the music I made still didn’t compare to the tracks I listened to.

What I didn’t realize at the time was that I had completely neglected the low-mid range (between 150–500 Hz), which is where a lot of bass weight comes from. If you’re struggling here, use a quieter saw or squaretooth synth that doubles your bassline pattern further up in the spectrum. By filling up this space, the bass will sound warmer and richer and do a better job of cutting through laptop and Bluetooth speakers. This isn’t the right choice for every song, however. If a sawtooth synth sounds overwhelming, add a white noise oscillator to your bass and set a short attack to emphasize the transient instead.

Oddly enough, a lot of time mixing house music is spent making electronic sounds appear more organic, as if a live musician had played them. Now you won’t fool anyone into thinking your widened EDM bass was played on a guitar—that’s not really the point—but you can give it a feel that lets people know an actual person was behind it. Here are a few tips:

7. Use compression to exaggerate attack or sustain

In a house mix, I regularly use compression to shape the attack and sustain of sounds, particularly drums. When we think about kick drums, a lot of focus is put on the transient and how well it cuts through the mix. But what happens if the kick cuts through and there’s no heaviness to it? You might be able to hear it but you can’t feel it.

With a fast attack and release time, you can reduce the transient of the kick and emphasize the sustain, allowing the low-end to ring out a little longer for a weightier feel. If your tracks seem too soft, this trick will give them some stomp. You can see the results of compression in the screenshot below; the kick sustain is exaggerated.

Conversely, setting a slower attack and making your release time the duration of the kick's tail will add more punch.

Compression is not the only tool we have to shape drum transients. There’s also Transient Shaper, which comes as part of Neutron 3. Here are a couple of ways I use it.

If you’re sent a drum loop that needs some livening, push up the attack knobs on each band until you get a sharper quality. Turning up the sustain will bring out the room and eventually splatter the sound, giving you an overblown Big Beat-style sound, which can be a lot of fun.

On the drums that feel too big, or where the room is overwhelming, try decreasing the sustain of the mids and highs. This trims the drums and removes the room, making for a tighter sound. Reducing the attack on drum lows can help you free up hi-hats and other percussive material that is being crushed by stomping kicks.

9. Get the mix to a solid static mix first

For all this talk of flash and excess, it's easy to think that mixing house music (or any electronic genre) is about using as many plug-ins as possible. Little mix tricks and sweetening should be done after you get the mix to a balanced state using only level, panning, and a bit of EQ.

In the world of electronic music, where tradition is not as important as in, say, rock, it's easy to get lost tweaking sounds until a song is overcooked. I find that once my mixing decisions start to change the direction of the music—instead of improving it—it’s time to wrap things up.

House music is a genre with many subcategories. Whether the tracks you make are soulful, atmospheric, or minimalistic, I think these tips will serve you well.

Though more commercial house music has vocals, I didn’t spend any time on this topic here, since it’s a long-winded topic worth a full article. For more genre-specific mixing tips, be sure to check out the blogs linked below!