Mastering a mixed production means effectively translating the energy and transients of drums in the world of limited headroom. But what if there are no drums or percussion in the record?

Of course, there are genres that are notable for having minimal or no high-energy transients—ambient music being one of them. In this article, we’ll cover mastering considerations for ambient music devoid of drums or percussion beds.

Note: For the best learning experience, listen to the audio mastering examples below with headphones to catch the nuanced qualities of the master.

What is ambient music?

Ambient Music has evolved into its own influential genre since its inception in the late 1960s alongside the birth of synthesizers. Starting from its humble, experimental beginnings in the UK and Germany with the experimental sounds of bands such as Kraftwerk and the supergroup Harmonia, the sound took on its fully realized form when pioneer electronic musician Brian Eno officially coined the term “ambient music” in the late 70s.

Fast forward to today, and ambient music continues to influence and permeate mainstream culture in ways we never deemed imaginable—from movies, TV, and video games to mainstream music such as rock and EDM. In fact, we can trace the roots of more recent subgenres such as new age music, trance, and trip-hop to the stylistic origins of ambient music.

As its name aptly suggests, ambient music is known for its emphasis on tone, timbre, and vibe over traditional composition techniques and musical structure. There’s greater focus on being immersed in an atmospheric experience produced by the textural layers of sound. There are no limits to what sounds are used, provided it serves the unobtrusive sensory experience of ambient music—as heard in the Harmonia album below.

This can also explain why ambient music has cemented its place in the world of scoring for film, television, and video games. It effectively heightens a certain mood while supporting the visuals, or at least not detracting from them. One example of ambient music used as an immersive video game score is in the latest “Minecraft” release called the “Nether Update,” expertly composed by award-winning video game composer Lena Raine.

How to achieve heaviness, volume, and intensity when mastering ambient music

One common misconception about ambient music is that it merely serves as calming background music that’s not meant to strongly evoke the senses. On the contrary, ambient music can serve the opposite effect in the right context. Take Lena Raine’s approach to scoring the “Minecraft: Nether Update OST,” for example. 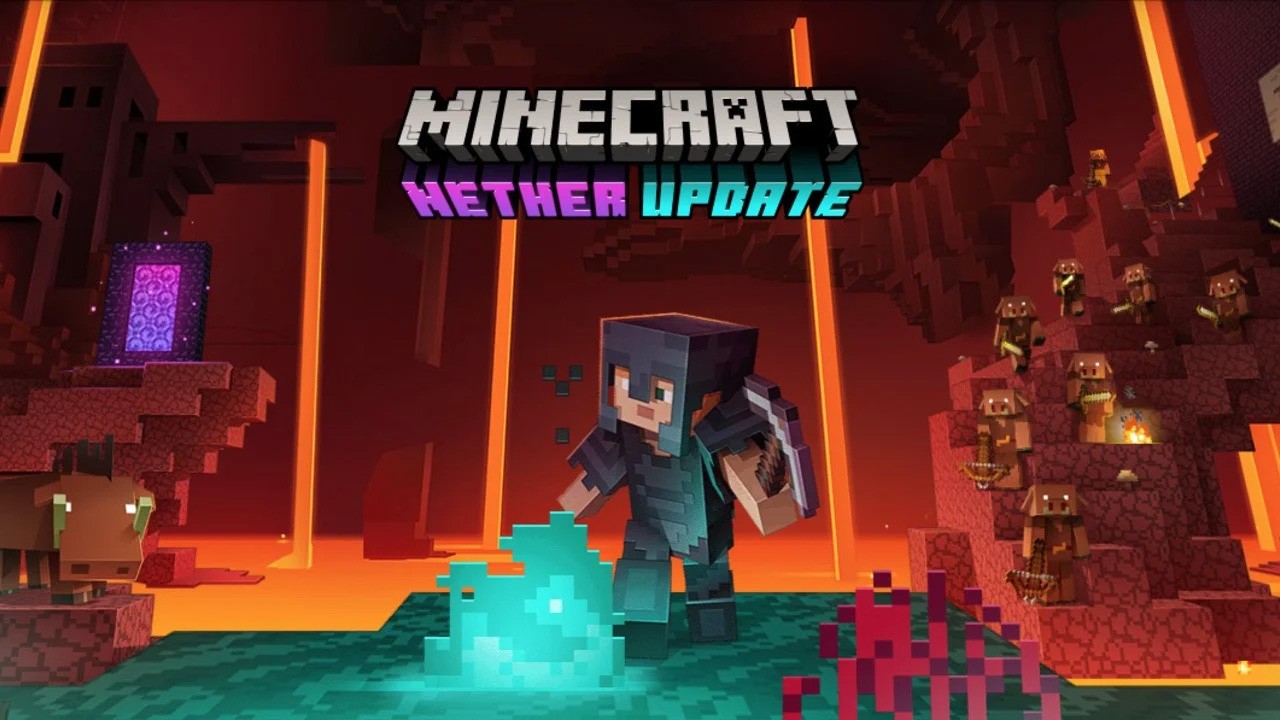 “Minecraft” is a world-famous video game where players can create their own worlds and experiences using in-game building blocks. Usually filled with lush, green landscapes and clear, blue skies, things take a different turn in the “Netherworld” where you’re suddenly surrounded by aggressive monsters, dangerous fortresses, and environmental hazards.

Composer Lena Raine understood the important role ambient music plays to heighten the eerie sense of being in this world. For the song “Rubedo,” she didn’t shy away from crafting an intense, heavy, ominous soundscape to match this dark gameplay.

“In the case of writing this track, I wanted to express the feeling of claustrophobia & tension giving way into awe, much like mining through narrow crevices until finally opening up into a large lava-filled cavern, immense in scale & emotional resonance.” - Lena Raine

Lena certainly delivered on this brief, as you’ll hear in the clip below. Before any mastering can be done, it’s important to take the time to really listen to the music. Only then can you make smart, appropriate mastering decisions to optimize its final sound.

Let’s listen to a 30-second audio clip of “Rubedo” before mastering:

From the brief audio clip of “Rubedo,” you’ll notice that it begins with the delicate sound of an acoustic piano, which then morphs around the three-minute mark and slowly builds up into a dense climax of heavy, wailing synths meant to leave the listener with goosebumps. This ambient soundtrack is proof that you don’t need drums and heavy percussion to fill your music with energy.

When mastering an ambient soundtrack with this amount of dynamic range, the key is approaching it with the intent to not lose this sense of build up. Rather than aim for "loudness" across the whole soundtrack, it’s more impactful to respect the peaks and valleys in ambient music. Keep the acoustic piano soft and gentle. Resist the temptation to compress the dynamics and allow the music to breathe. Restraint is customary in the mastering world, but even more crucial when mastering music that’s as delicate as an ambient soundtrack.

Take your time, and instead, thoughtfully sculpt the EQ so the tonal balance and intent of the music effectively translates across various listening platforms. Do this, and the listener will be rewarded with the sensation of being engulfed by the climax when it arrives.

With this in mind, let’s listen to the same 30-second clip of “Rubedo” after mastering:

To experience the impact of the ambient score in its entirety, listen to the full “Rubedo” track below:

To expand on appreciating the peaks and valleys in ambient music, these quieter sections don’t merely play a supporting role for the louder, climactic parts. Quiet moments in ambient music provide a different kind of significance and intensity, much akin to the way listeners pay more attention when someone whispers. These softer sections allow for more layers of emotions and experiences to be explored—from a contemplative silence, to one that imbues a sense of intense urgency.

As the mastering engineer, your task is to ensure that the message or emotions brought by these moments don’t get lost in the process. Your mastering decisions must therefore better represent the music in the world of commercial playback systems. One way of doing this is to pay close attention to removing noise and artifacts that distract from the ambient music during these delicate periods of silence.

A good example of this can be heard in the song “Beneath the Waves” from L.A. Choral Lab’s album entitled Sonic Visions. 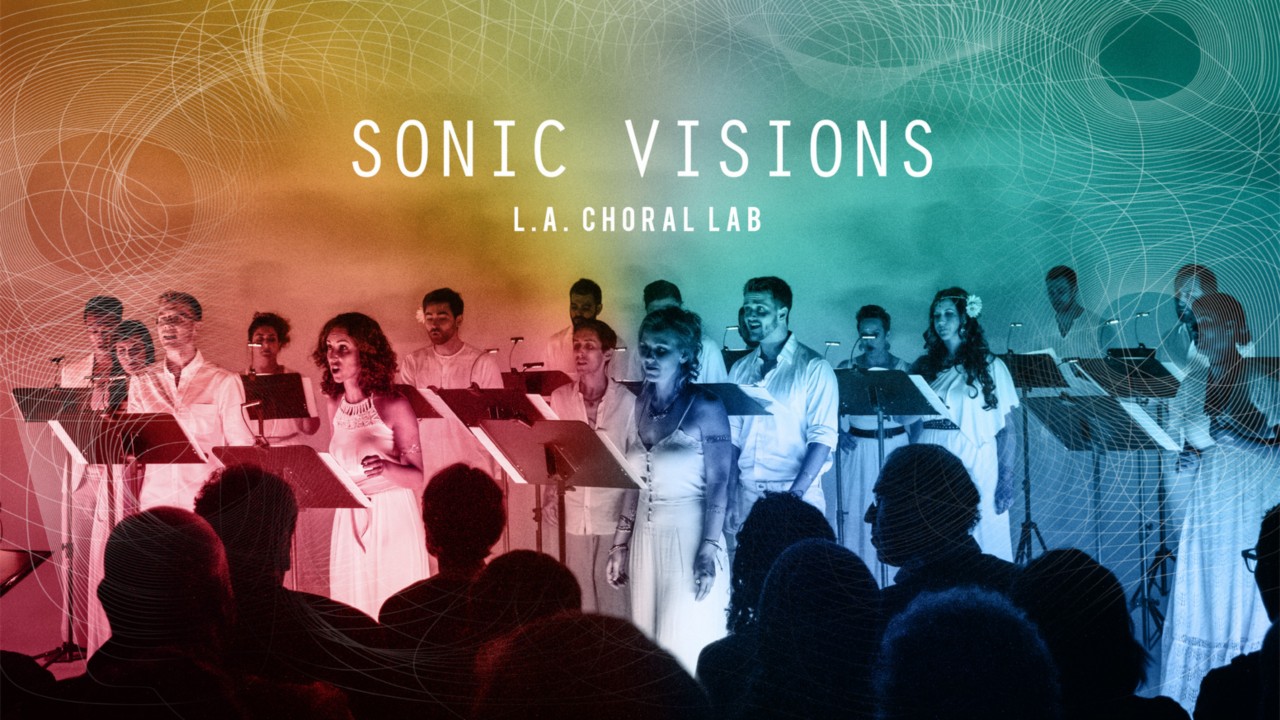 “Beneath the Wave” is a good example of crafting an ambient atmosphere purely through the use of the human voice and body. The song “Beneath the Wave” was written by composer Luke Flynn as a tribute to the lives that were lost in Japan during the massive earthquake and tsunami that hit the country in March of 2011.

"Having entered Japan to study composition only a few days after the massive earthquake and tsunami disaster that occurred in March of 2011, I was able to witness firsthand the indescribable amount of pain and suffering that so many were put through. However, it was not just waters of destruction and sadness that swept the country; a wave of strength, endurance, and love guided the people of Japan to remain focused on what was important: recovering, and helping one another.” - Luke Flynn

The beginning of this piece is crucial in establishing the visual imagery of the ocean and its waves, softly hitting the shore. L.A. Choral Lab used a combination of different sounds—like the rubbing of palms and various mouth techniques—to simulate this fully-realized sound of the waves.

Below is a 30-second excerpt of “Beneath the Wave” before mastering. Listen to how these ocean waves creep in very quietly in the beginning of the piece.

L.A. Choral Lab - Beneath the Wave

For quiet, contemplative, ambient music, especially music that was recorded on location, keep a vigilant ear for any extraneous noise that could distract from the purity of the listening experience. For this recording, there were subtle room noises around the 13-second mark. Although subtle, they certainly distract from the imagery of the ocean waves. RX 9 is a perfect tool for addressing these subtle problem spots.

Removing some room noise with Spectral Repair in RX, before and after

With these subtle, extraneous noises now under control, listen to the same 30-second clip of “Beneath the Wave” after mastering.

L.A. Choral Lab - Beneath the Wave

For the full experience, listen to the L.A. Choral Lab’s “Beneath the Wave” in its entirety below:

As is expected in the nuanced world of mastering, there is no clear-cut, one-size-fits-all approach when mastering for a specific genre. However, understanding the fundamentals of each genre—ambient music in this case—can lead you to more sensible mastering decisions that align better with the genre’s sound. Below are a few helpful tips to get you started with your critical listening journey.

Given ambient music’s notable downtempo feel and potentially wide, sweeping dynamic range, it would benefit from compression settings that complement these characteristics. When the need calls for a compressor in your signal chain, consider using parallel compression as it effectively adds density to your masters without losing the sense of build-up that’s crucial to the sound of ambient music.

This genre also lends itself to compression that organically latches on in accordance to its downtempo “steady state” quality. A soft knee with a medium-to-slow attack time should be a good starting point.

For more general mastering compression tips, check out this episode of our mastering video series, Are You Listening?

EQ in mastering is essential, as it allows the mastering engineer to effectively enhance and restore clarity to the music without drastically altering the sonic content. But it also helps to remember the artistic intent behind the production, especially if it’s something as regularly unconventional as ambient music. Aim for too much clarity and you may compromise the body and depth in the music. Too many subharmonics and too much low-end build-up may cause the music to not translate as effectively in various playback systems and streaming platforms.

Communicate with your client so you gain a better understanding of their artistic intent, therefore allowing you to make well-informed EQ decisions. You can also use Tonal Balance Control's genre-specific frequency target curves to reference your overall tonal balance, with the added benefit of letting you monitor your low-end crest factor at the same time.

As mentioned in the beginning of this article, mastering considerations often change when dealing with a genre that essentially breaks a lot of “rules” in music production—from the absence of drum tracks and song structure, to the use of unconventional instruments and soundscapes.

As shown in our examples above, a good starting point is to let the music guide you in your mastering decisions. Our task as mastering engineers is not to alter the sound of music past the point that its musical intent is compromised. Arm yourself with the foundations of mastering. Then, as you critically listen to the peaks and valleys of ambient music, thoughtfully apply this knowledge as the need arises. Happy mastering!