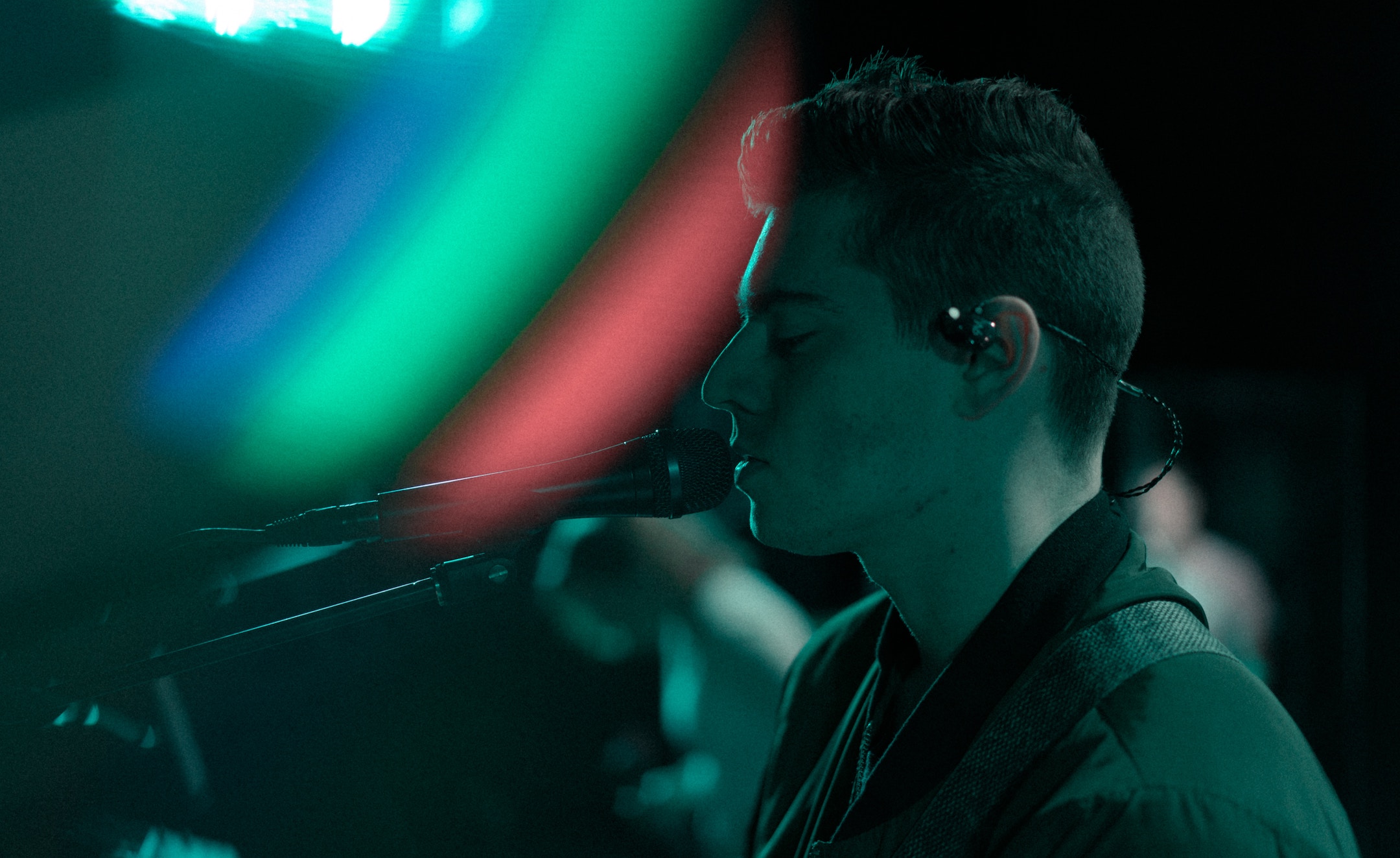 Background vocals have the tricky job of supporting a lead vocal without getting in its way. Follow along as we go through technical and creative tips for producing background vocals, applicable to all genres and styles of contemporary music.

Backgrounds, while very important in music, are secondary elements meant to assist and enhance the lead vocal. They should be heard and felt, but not compete for attention. Words like “expressive” and “powerful” used to describe leads are rarely used for their support. While there is still there lots of room for creativity with backgrounds, this is one area of production where making conservative decisions is to your benefit.

Before you edit and process background vocals, finish up a rough mix of the lead and instrumentation. This way you can more easily make decisions that are consistent with the feel and dynamics of the mix.

If you happen to be part of the vocal session, plan out backgrounds before pressing record to avoid getting stuck with a bunch of takes that sound out of place or excessive. A simple double or basic harmony might sound great on an intimate piano ballad, but get lost in a busy mix where a group vocal fares better. Think about backgrounds like another element in the mix—how can they help improve the arrangement?

When producing background vocals, aim for consistency. Even with group vocals that use four or five different people, their sound is much closer to a single instrument than a stack of separate voices.

To achieve a sense of uniformity, send background vocals to the same effects bus. Many producers like to copy the effects chain used on the lead and then adjust parameters to better suit the supporting role. You can typically be more heavy-handed with compression (at least -5 dB reduction) that squeezes down on backgrounds.

Multiple vocal parts with unique processing is a nightmare to manage and more crucially, distracting for listeners, especially on headphones and earbuds. Do go track-by-track to set gain levels for each vocal part, but consider that backgrounds need to be treated as a group in the context of a mix, just like a guitar or drum bus. They should be clearly audible so they hug the lead, but not nearly as loud. With all audio under the same fader it is much easier to make these big picture decisions.

The more vocal tracks you add to a mix, the more frequencies overlap, and the harder it is to hear everything. This is especially true if all vocal parts are performed by the same person and have a similar tone.

Leads are the dominant vocal sound in a mix and backgrounds are their shadow. Each should have a space in the spectrum specific to their role. Determining exactly where that space is can be done in just a few clicks with the Unmask feature in Nectar 3. Placed on the backgrounds bus with lead vocals as a masking source, it will locate the problematic frequencies between both vocal types and apply a custom EQ preset that reduces the potential for collisions. Another good reason to use a bus. Unmasking gives both vocal leads and backgrounds a unique sonic shape that allows them to stand out in the mix, intricacies and all. This Nectar feature communicates with any instance of Nectar 3, Neutron 2, or Relay, the latter being a link between iZotope plug-ins and non-iZotope plug-ins.

Create a sense of depth

Mix depth has to do with front-to-back space in a mix. To push vocal parts further into the background, there are a number of technique to employ. Without mentioning depth specifically, we’ve already touched on two: track level and EQ.

Track level is the most obvious parameter. The further we move away from a sound source, the quieter it is. To enhance the illusion of distance, we need to darken and thin out backgrounds too, which is achieved by attenuating the highs around 10–12 kHz and scooping out lows below 150–200 Hz, respectively, although these numbers are subject to change from project to project.

The third aspect of depth is ambiance. The drier a vocal, the closer it sounds. Combined the tips above, a large hall reverb will place backgrounds further away in a mix and produce a glow around the lead. If you have the option, skim some high frequencies off the reverb output to tame brightness.

Some of these elements can be set in place at the recording stage. Having the vocalist sing backgrounds further away from the microphone achieves a sense of distance naturally—compared to the lead, the performance will be quieter, thinner, and roomier. This is only really recommended if the room itself has solid acoustics.

All this being said, for something to sound further back in the mix, there has to an element that stands clearly in front. If your “pushing back” of vocals doesn’t seem to be working, it could be that your lead is simply not bright or dry enough to be perceived a foreground element. Follow along in the tutorial below to learn how to add texture and size to pop vocals with VocalSynth 2:

Tight timing is key to producing supportive background vocals. Backgrounds should be matched to the timing of the lead vocal and not each other. When vocals in a stack start and end at slightly different times, you get a strange echo effect that is very distracting.

If you are stacking your 10th vocal part and feeling frustrated with how difficult it is to get them in sync, it's worth considering just how many layers you actually need. More vocals doesn’t always mean bigger sound. At one point, too many backgrounds will make for a stuffy mix.

When it comes to timing ad-libs in hip-hop there is more flexibility. They often play off the main vocal for contrast, as opposed to support. If a word in a background sustains longer than the lead vocal and still feels good, it is up to you to decide whether it should be edited or kept as is.

While it's not necessary to remove breaths at the start of phrases in a lead vocal, they become a distracting feature of a performance when stacked multiple times over in a mix. Removing background breaths entirely or attenuating them to a whisper with RX 7 Breath Control is a simple way to prevent this from happening.

Sibilant (S, F, X, and SH) and plosive consonants (T, K, P, and D) pose a similar problem. These letters are critical starts and ends to words, but they can easily become a nuisance when piled up. Listeners only need to hear these consonants properly once in the lead vocal. So, do go ahead and round them out with an aggressive setting in the RX 7 De-ess and De-plosive modules for a more consistent background vocal.

At the high point of a pop or rap chorus, backgrounds rise up to match the intensity of the lead, or even completely take over while the singer performs ad-libs. Integral to this move is the use of panning for a wide stereo spread.

While there are no set rules here, do pay attention to the order of background vocals, from low to high pitch, with respect for their position in the stereo field. Panning low harmonies wide and high harmonies narrow produces a very different result when the structure is reversed. Using the Harmony module in Nectar 3, I put together an example to illustrate this.

The stereo feel is much more present in the first version (lows wide, highs narrow), but the second version (lows narrow, highs wide) has a tighter, cleaner sound from packing the low harmonies closer to the lead, which I prefer. This effect will change from singer to singer, and what you choose to do should depend on whether it benefits the song.

Background vocals never steal the show, but they work hard to make sure the whole thing goes off without a hitch. Listen to your favourite songs and analyze what’s happening with the background vocals. How are they managing to be heard and felt, without overpowering the lead? Gain, EQ, reverb, panning, and sheer creativity are all tools that can be used in varying amounts to achieve this. The tips in this article should provide you with a few starting points.