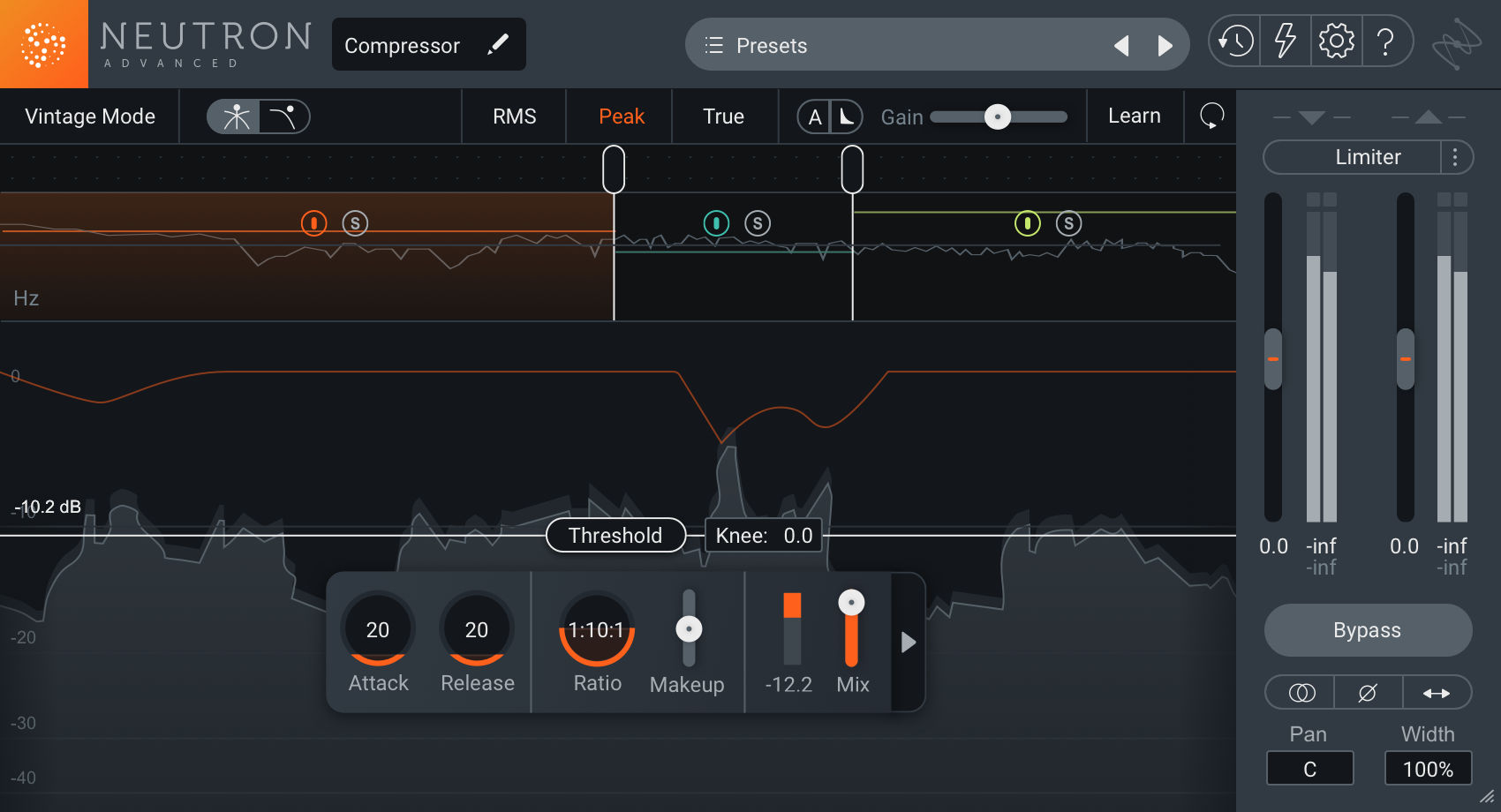 If you’ve spent any time mixing, you’re already familiar with the struggle of wasting time. Maybe you’re tired of scanning your massive plug-in list when searching for different dynamics processors—compressors, limiters, gates, and more—for different tracks. Perhaps you’re annoyed by having to routinely rearrange your plug-ins on channels and you wish one plug-in could do it all. Or you may be stressed out at the thought of trying to construct an effective processing chain and need something that can do the heavy lifting for you.

So check out the video, and read the tips below (plus a few that aren’t in the video).

1. Jump-start your mix with Track Assistant

A fantastic way to save time and learn about the functionality and settings of Neutron’s modules is to use the Track Assistant.

As shown in the image below, the Track Assistant lets you choose the core sound that you’re after.

As you play the track, it analyzes the audio and configures the various modules and parameters within the plug-in according to the information specified in the previous step.

Once that process is complete, you can look through the modules it activated and see how it applied various processes. You can learn a lot from this and still have the ability to completely change what the Track Assistant did for you. So, if you decide that you want the vocal to be brighter than the Track Assistant made it, you can immediately start tweaking the EQ!

2. Add a touch of tube tone to cut through the mix

There’s something aurally pleasing about the harmonic distortion that tubes can impart; it’s no surprise why tube mics, tube compressors, and tube amps are so widely popular and highly desired.

Neutron 3’s Exciter provides a cool X-Y adjustment to quickly achieve tube-like harmonic distortion or a blend of saturation styles not possible with a single piece of analog equipment.

As is the case when dealing with a real tube, you might regret pushing it too hard. Drive it too much and your consequence will be distortion that may be uncalled for. In the image below, notice the simple controls: Drive (amount of excitation), Blend (wet/dry mix), and X-Y (blend between types of harmonic distortion). Also noteworthy are the pre-emphasis modes (Full, Defined, and Clear), which allow mild changes to the low-mids (vocal thickness or body) or high-mids (vocal presence).

3: Use Dynamic EQ to control sibilance and proximity effect

When your vocal performers get too close to the mic, low frequencies get boosted and strong sibilant consonant sounds become more pronounced. Since this problem rises and falls based on the singer’s distance from the mic, you don’t necessarily want to use a static EQ to deal with the varying problem. You want to be able to boost and cut frequencies at varying degrees over time.

To help you control sibilance and the effects of the proximity effect, you’ll want to use  dynamic equalization which can attenuate different frequency bands with different settings and be triggered by different thresholds.

4. Tame breaths and background noise with a gate

During a vocal recording session, the headphone bleed and room ambience can still be audible when the vocalist isn’t singing. Sure, you could highlight and delete each of those sections from the region, but the result might sound a bit jarring.

Instead of completely removing it, try this mixing technique and consider turning it down to a more subtle level. The ratio control in Neutron 3’s gate allows you to decide how much gain reduction will be applied during the times when the vocalist is just breathing.

Unlike most gates, this one has a real-time scrolling waveform display with a separate line indicating the attenuation. In the image below, the pinkish red line between the waveforms shows activity of the gate.

In many genres, it is routine to layer vocal parts in doubles, triples, and more. If all those layers are sung by the same person or by vocalists with similar tone, it often becomes difficult to distinguish the different vocal parts. A vocal track can easily be masked by other similar sounding vocals. In Neutron 3’s Equalizer, the Masking function allows you to reference another instance of Neutron 3 to see if and how it masks your current signal.

Locating masking with the Masking Meter

The stock configuration of Neutron 3 has two active modules—the Equalizer and Compressor 1—already in the right order for this style of processing. So, it’s fast to set up and all that’s left to do is fine tune the parameters. The images below show that the EQ was used to cut some low frequencies and boost some upper midrange frequencies, while the compressor was set to Vintage mode to get some character inspired by classic analog compressors. This arrangement is how many analog consoles were and are used, with EQ occurring before inserted outboard compressors.

It’s common to hear mix engineers rave about the qualities of different compressors, the benefits of using them in parallel, and the control they’re able to achieve by doing so. In Neutron 3, there are two completely customizable compressors; you can use one or both, change their order, and even adjust the wet/dry mix (for parallel compression) for each one.

Neutron 2 is complex in its capabilities, yet thankfully simple in its operations and functionality. Dive into it, experiment!