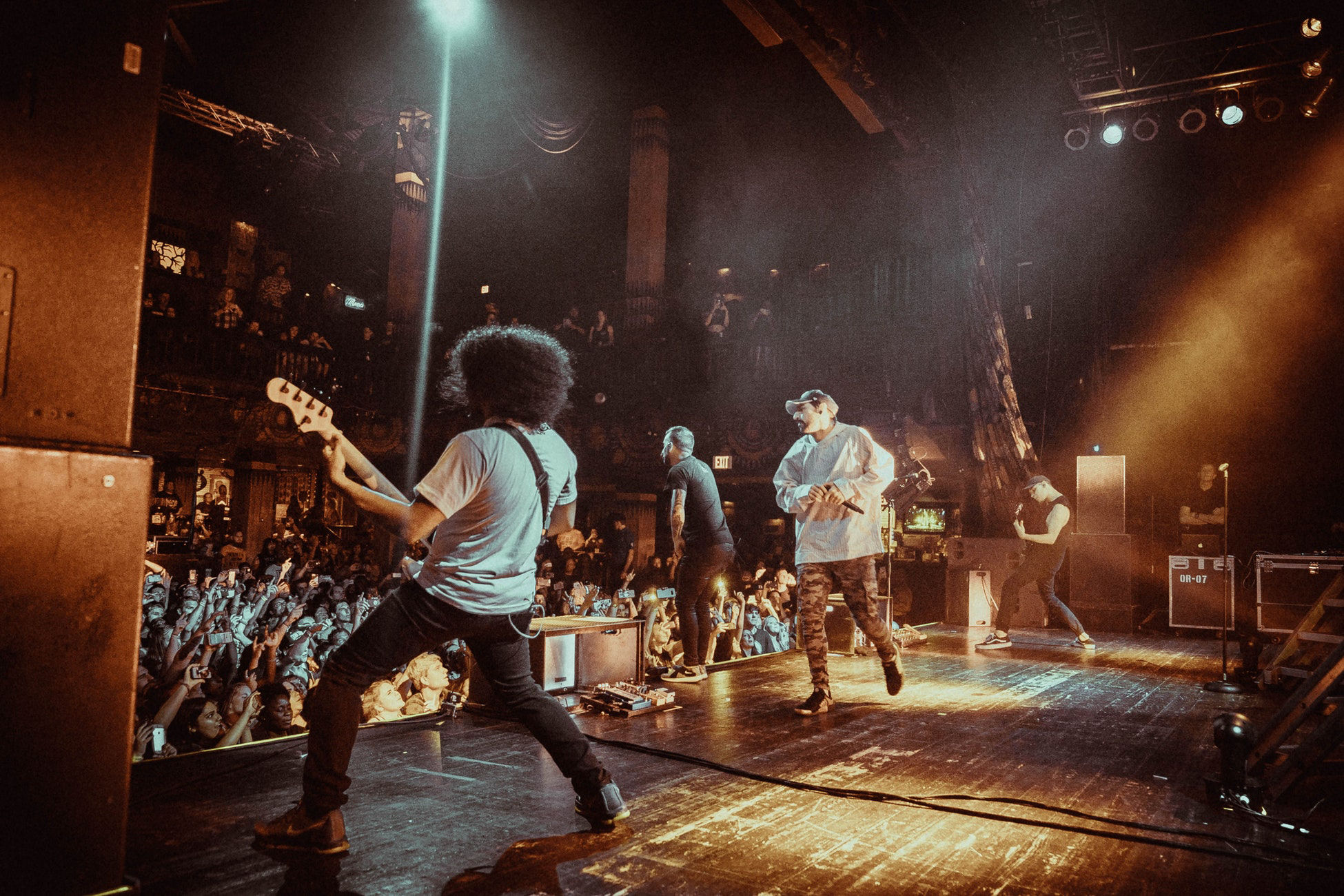 When thinking about rock in the second decade of the 21st century, one might be inclined to identify this era’s major rock bands by the heavyweights of the past. But some of the best rock today percolates from various indie scenes and infiltrates the mainstream.

Below are artists playing in many different sonic sandboxes. Some hopscotch across genres, while others plug away at psychedelic soundscapes, softer arrangements, or punk aesthetics.

A great deal of atmosphere and beautiful production technique permeate this LP. It’s as if Air produced an album by Ariel Pink, with Alex Turner occasionally sounding like David Bowie or John Lennon. On the song “Star Treatment,” the Ariel Pink influence is considerable, suggesting that indie rock bands are just now starting to catch up with the mercurial indie talent.

Speaking of Ariel Pink’s sound, one of his compatriots put out a hell of an album in 2018. Titled Addendum, Maus again explores sparkling yet dark melodies with synthesizers, live bass and drums, and gothy vocals that serve as slight nod to Ian Curtis vocals while staying indelibly his own. The song “Episode” is another example, like Arctic Monkeys or even Beach House, of spacey and dreamy sounds occupying a large space within the indie rock arena.

Snail Mail (Lindsey Jordan) is making all sorts of waves for her guitar-driven approach to indie music. Sonically, it harkens back to the alternative music of the early 1990s, like The Breeders. She’s not cheeky like Courtney Barnett, but works in a similar musical space, and she is every bit Barnett’s equal as a songsmith. It’s clean and catchy without ever sounding over-produced.

Five years ago, French musician Melody Prochet put out the album Melody’s Echo Chamber. With production work by her then boyfriend, Tame Impala’s Kevin Parker, the album recalled the work of Broadcast, to the point that it almost seemed like a lost album by the Warp Records trio.

But with Bon Voyage, the first new Melody’s Echo Chamber record in five years, Prochet shakes off the Broadcast and Kevin Parker influence. It’s still psychedelic, but far less derivative. The lead single, “Cross My Heart,” sounds like Françoise Hardy by way of Air, before mutating into a section that sounds like The Avalanches and Beck, with moody grooves and sampled bits swirling around in stereo.

On the other end of the psychedelic spectrum is Wooden Shjips, who just put out a new album, V, full of fuzzed out psychedelic rock. The lead single, “Already Gone,” sounds a bit like Yo La Tengo and Dinosaur Jr, with the drugged out vocals sitting inside fuzz and phaser-laden guitars. But where those bands focus on guitars instrumentally, Wooden Shjips drop in some some sparkling synths and tasteful electric piano notes, with overall impeccable production. Sure, it may seem hyperbolic, but “Already Gone” (and the rest of the new album) makes a great case for sound of the summer of 2018.

Several years ago, Danish band Iceage proved that punk can pretty much always be refreshed and relevant. Whereas their early efforts were full of teenage angst and energy, funneled into post-punk aesthetics, with their new album, Beyondless, Iceage have matured both sonically and lyrically.

On the track “Catch It,” Copenhagen quartet offer up a mid-tempo goth rocker anthem that sounds something like the offspring of Nick Cave and UK post-punk legends Wire. The song, as well as the album as a whole, is a collision of dark and sparkling grandeur, with instruments like horns, piano, and violin making appearances. It’s the sound of four punks coming of age and evolving, and throwing down the sonic gauntlet.

A few years ago, Courtney Barnett was everywhere, and rightly so: her uptempo variant of punk, chock full of cheeky lyrics, was a breath of fresh air. Influenced by early 1990s alternative music, particularly The Breeders, as well as 1960s garage and psychedelia, Barnett’s debut album, Sometimes I Sit and Think, and Sometimes I Just Sit, would seem like a hard act to follow. But with her new album, Tell Me How You Really Feel, the Australian rocker delivers.

Barnett’s idiosyncratic speak-sing delivery remains, but the sound feels more accomplished, and less calculatingly lo-fi. On the track “City Looks Pretty,” for instance, Barnett adds noise to her usual recipe of punk, then switches tempos mid-song into a bit of baroque psychedelia with country influences.

One frequent collaboration hints at rock’s future possibilities. Mount Kimbie are known as purveyors of experimental electronic music, but they’ve worked before with King Krule, who is sort of a one-man genre-hopping machine. On their latest collaboration, “Turtle Neck Man,” the two acts create a sort of genreless sound. Is it rock? Is electronic? Hip-hop? It it something else? Maybe the most accurate assessment of the sound is that it’s something like Nick Cave collaborating with The Clash. It suggests that rock acts have various avenues available to them if they’re daring enough to explore them.

Another album that really blends the genres is Kanye West and Kid Cudi’s collaborative album Kid Sees Ghosts. At times the music, despite the rapping and R&B vocals, suggests a Radiohead influence, with its IDM-inflected electronic rock sound, especially on “Reborn.”