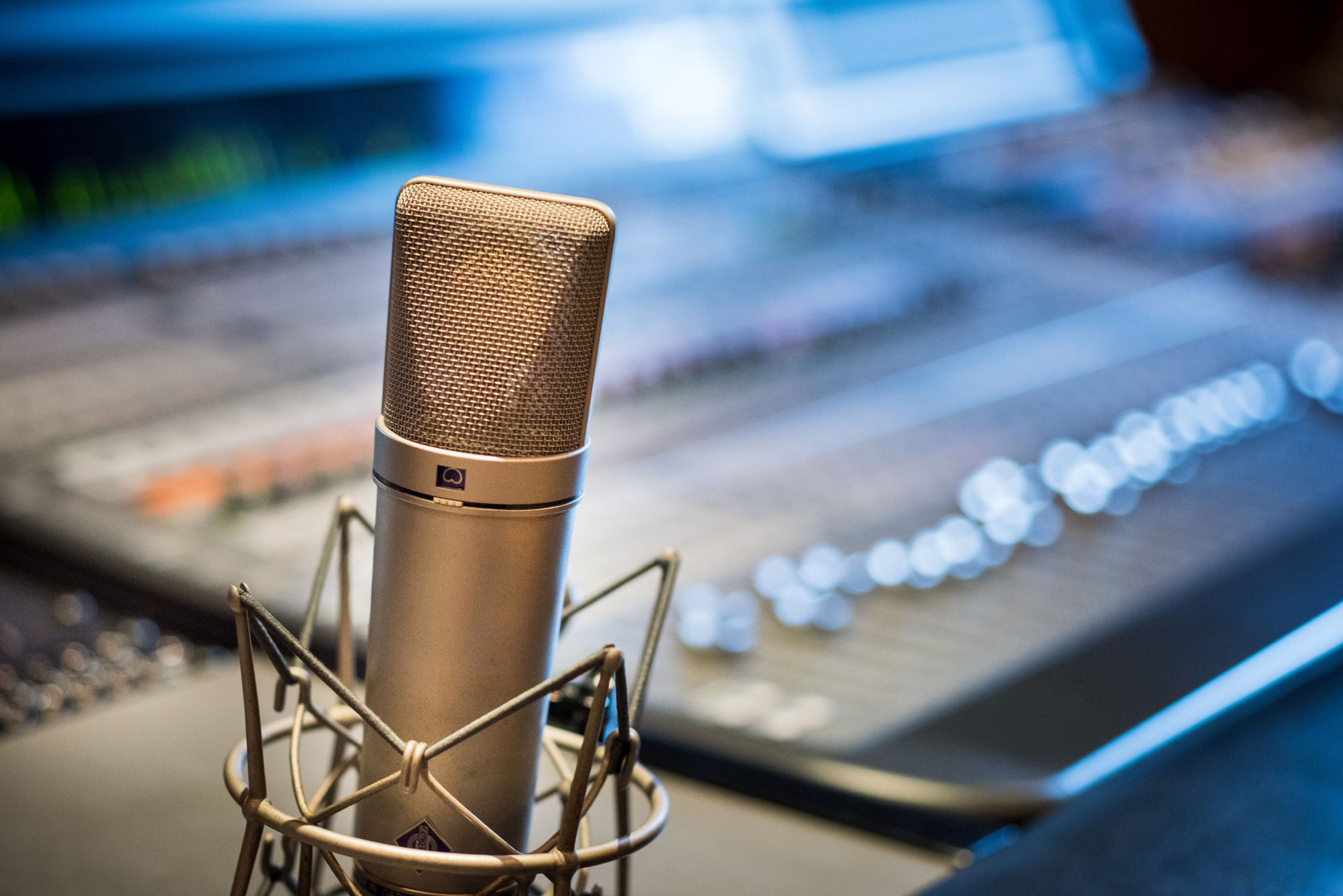 In the world of mix engineering, mixing vocals is a science in and of itself. Some engineers are hired specifically to mix vocals, and can spend weeks going back and forth with artists, vocalists, and / or other engineers to achieve the perfect sound. The majority of popular music relies heavily on the vocal to be accessible to the masses, so getting this perfect vocal sound is incredibly important.

When we begin to learn how to mix vocals, we often focus all of our attention on the vocals themselves. How do we EQ vocals? How to we compress them? How do we process the vocals to come through the mix like they’re supposed to do?

However, the main philosophy behind mixing is to give everything its own space. Because of this, having clear vocals requires placing and processing other elements in the mix to make space for the vocals.

In this article, we’ll discuss various ways to process non-vocals in ways that specifically address vocal masking and clarity. We’ll see how the Unmask feature found in Nectar 3 and Neutron 3 can help to lift some of the load, plus cover some EQ techniques, sidechaining, stereo placement, and how to handle reverb.

Mixing vocals with Unmask in Nectar 3 and Neutron 3

Nectar 3 adds the ability to address masking of any vocal with Vocal Assistant: Unmask. Unmask directly communicates with the rest of your mix to place your vocal at the forefront by moving other mix elements out of the way. Through inter-plugin communication, Unmask will communicate with any instance of Nectar 3, Neutron 3 Advanced (available separately), or iZotope Relay to create the perfect nest for your vocal.

Engage the Unmask feature (the Vocal Assistant feature can also be engaged for vocal correction). Choose the element masking your vocal from the drop-down menu, which will be available if any of the above plug-ins is located on that channel.

Select masking element, press play, and Vocal Assistant will automatically analyze incoming audio to clear space for your vocal in the mix.

The same process can be done manually using the Masking Meter in Neutron 3. Check out this video for a demonstration of the process in Neutron 3.

We can solve many vocal masking problems simply through properly EQing non-vocals to clear up some space. The mixing process in general is predominantly composed of level and EQ, so EQs will be some of your main tools to allow the vocal to cut through other elements in the mix.

A great way to create space in the mix for the vocal is to make room for predominant frequencies found in the vocal, specifically the fundamental frequencies for the range of notes the vocalist covers.

Having these specific frequencies cut through the mix is important for the weight of a vocal part, as these low-mid and mid frequencies both allow the vocal to sound full and reinforce the actual notes that the vocalist is singing, as the fundamental frequencies are located on those notes.

Fundamental frequency of a vocal

The first and most basic way to make space for these vocal frequencies is with simple, static EQ attenuation on non-vocal tracks. Simply insert an EQ on any element that is masking the vocal, attenuate the predominant vocal frequencies with a bell filter, and you’re done!

Now that the vocal is not competing with other elements for these frequencies, the vocals should be more audible and still keep their weight.

We can very easily perform the static EQ method in Neutron 2. With the masking meter opened, revealing EQs for the vocal and the masking element, we can attenuate the vocal frequencies on the non-vocal EQ. We can even engage Inverse Link Mode, which will boost frequencies cut in the other and vice versa.

You could also perform the same process using mid/side EQing, rather than a normal EQ band. Mid/side EQing allows you to independently and separately EQ the center and sides of a sound in the stereo field.

This is helpful for unmasking a vocal because vocals are almost always centered in a mix. We can perform the same attenuation on a non-vocal element as before, but instead of attenuating these frequencies globally, we can do so in just the center. This will still allow the vocal to cut through without completely removing the vocal frequencies from the non-vocal element.

Lastly, you can even EQ non-vocals to make space for sibilance in the vocal, the sounds of harsh high-frequency sounds that come from singing words with the letters S, F, X, SH, and soft Cs. While these sounds can be harsh and distracting (the process of de-essing specifically addresses them), they also need to be able to cut through the mix clearly. They play a huge role in the vocal’s presence and intelligibility, both of which are obviously important.

Sibilant letter sounds usually occur somewhere between 3–8 kHz. We can perform the same processes as above to clear a bit of space for these sounds. This allows us to de-ess the vocal harder if needed (like if we’re using a cheaper microphone) while still allowing the sibilant sounds to cut through the mix.

While the above static EQ methods can work to alleviate vocal masking, they are not necessarily the most ideal and transparent fixes for these problems.

This can be problematic for both melodic elements and those that play chords. Melodies played near and through this EQ dip may have certain notes (those that are rooted within the band’s range) become quieter, potentially preventing the listener from hearing the full melody correctly.

Chordal elements that play chords near the EQ band can potentially sound unbalanced if certain voices within the chord end up being attenuated too much.

Generally, it’s a better idea to go with dynamic solutions for these problems, ones that will only affect the non-vocals when the vocals are playing.

The first and most basic dynamic solution would be simple sidechain compression. A compressor would be placed on the element that is masking the vocal, with the vocal being selected as the sidechain input. Any time the vocal plays, the masking element will be compressed, leaving room for the vocal to shine through.

Note: To do this with Neutron 3’s compressor, as I’ve done below, you’ll have to send the output of the vocal to the masking element’s channel. An easy way to do this without losing the vocal is to create a new return track, send the vocal to that return track at 0 dB, and set the output of the return track to the masking element’s channel, specifically Neutron 3’s compressor. Select Ext. Full as the sidechain input in Neutron and you’re good to go!

The main problem that we can run into here is the audible and distracting sound of the non-vocal pumping up and down in volume. It may be moving out of the vocal’s way, but our goal is to still hear everything in the mix as clearly as possible.

With the sidechain compression route, we can solve this by adjusting the compression release time. It should be short enough that, when a vocal phrase is finished and the vocalist momentarily stops singing, the sidechained element returns to regular volume without a buffer time between the two.

Some compressors even offer an “auto” release function, which will adjust the release time depending on incoming audio. If you have access to this, this is a great feature to use for sidechain compression to avoid this buffer.

By using a multiband compressor / dynamic EQ, we can have all the frequency-specific benefits of the EQ method with the dynamic nature of the sidechain compression method. Any time the vocal plays, the only frequencies attenuated or compressed in the non-vocal will be those that conflict with the vocal, and when the vocal stops the attenuation / compression will stop as well.

Neutron 3’s EQ offers a Dynamic Mode for unmasking. Any EQ band can instantly become a dynamic EQ band, which can either be set manually or sidechained off another source. In the case of a vocal, we’d have the ability to set the vocal as the sidechain input to trigger a dynamic EQ band on the non-vocal.

We can also make some room for the vocal with good ol’ panning. This uses the same mindset that we went over when discussing mid/side EQing. The vocal is usually placed in the middle of the stereo field, so we can remove other elements from that space to allow the vocal room to breathe.

Mid/side EQing can be used for elements in the mix that should also stay centered in the stereo field, such as the instrument that plays chords and maintains the harmonic progression.

However, supplementary layers, countermelodies, and bits of ear candy can simply be panned left and right. This will free up the center so that the vocal can (literally) take center stage. It will also have the added effect of creating a more spacious stereo image for your mix, which will sound more interesting than if everything were centered with the vocal.

One of the biggest culprits for masking other elements in the mix, especially the vocals, is reverb. It has the potential to smear the mix, covering all your well-designed elements in a haze.

On the other hand, reverb is incredibly useful in creating a sense of space, and can make a dull mix sound much more interesting. Therefore, if you choose to use reverb in your work, you should know how to take advantage of its benefits without ruining your mix in the process.

Largely, many beginning producers and engineers do not address reverb in the right way. They see it as an effect that one applies to a sound, that “makes the instrument sound bigger, like it’s in a room, etc.”

In reality, a reverb plug-in creates a reverb signal based off of the input audio, which is balanced in level with the input audio using the dry/wet parameter. Because of this, it’s much more accurate to just look at reverb as any other instrument in the mix—an instrument that also needs to be fit into that mix.

Note that, because of this fact, it’s extremely helpful to use sends and returns instead of adding reverbs as insert effects. By doing this, we’re able to give the reverb signal its own dedicated channel instead of having both dry and wet signals coming from the same channel. This allows us to separately affect the reverb signal itself to fit in the mix.

With your reverb on its own channel, you can treat it like any other instrument and incorporate any of the above methods that we’ve discussed. Regular EQing, mid/side EQing, sidechain compression, or sidechain multiband compression / dynamic EQing–all can be used to prevent vocal masking while still reaping the benefits of reverb.

Nectar 3’s Vocal Assistant can also be used to solve masking between a vocal and reverb channel. The Masking Meter in Neutron 3 can also be used if you’d rather perform the unmasking manually.

Your ability to have clear, professional-sounding vocal is directly dependent on the space that it has in the mix. The vocal mixing methods we’ve discussed today can all be used to create that space, allowing the vocal to breathe and fulfill the prominent role that it’s meant to. From static and dynamic EQ techniques to sidechain compression and dynamic EQing to panning, mixing around your vocals is the best way to set yourself up for a successful vocal mix.