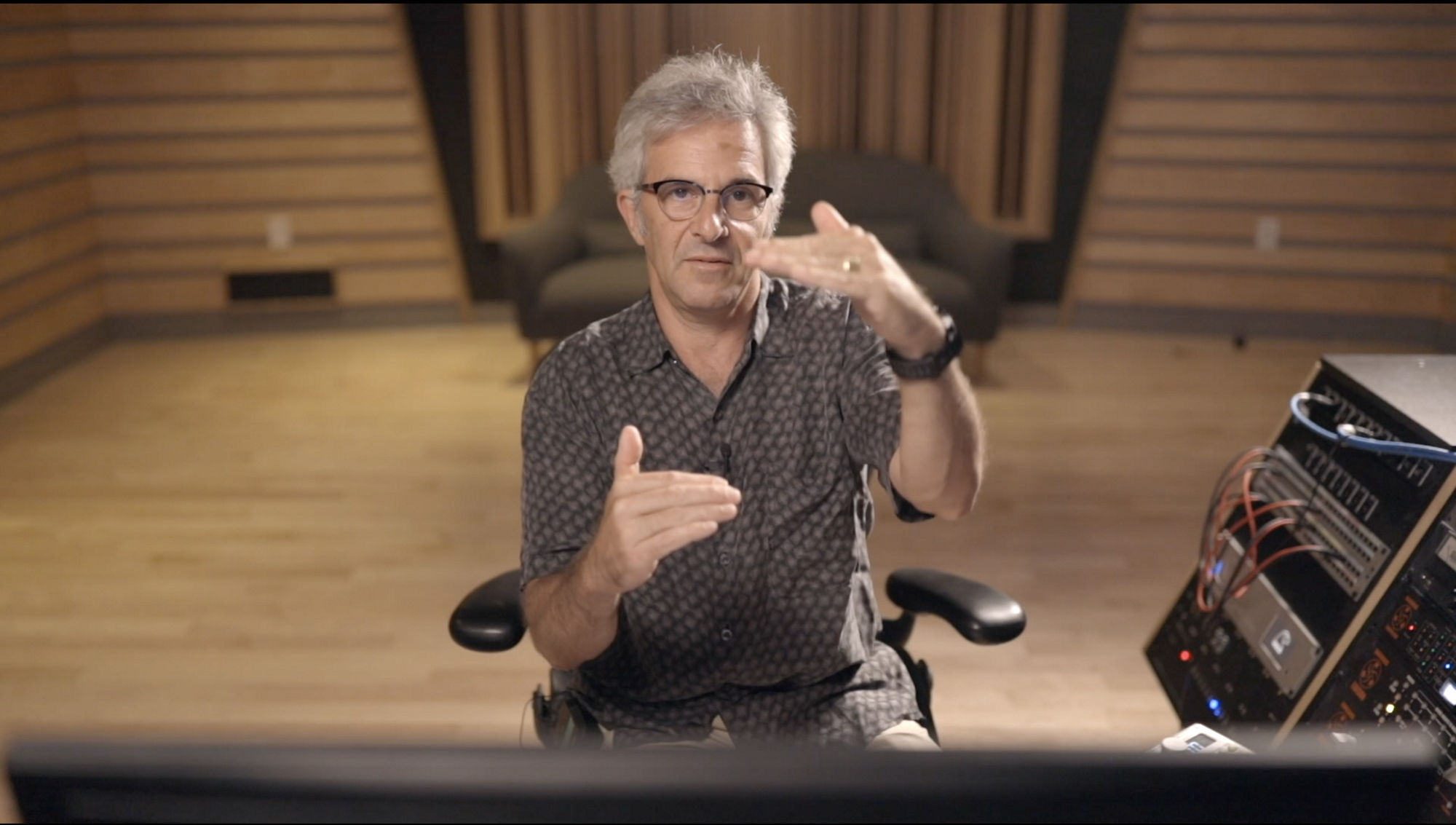 In Episode 3, learn how compression can help manage the subtle relationships between elements in a mix, give it more punch, smooth it out, or reconcile differences between sections. Practice your skills at home by downloading a free trial of Ozone, iZotope's mastering software!

Compressors are different from limiters in that they let you work in longer timeframes, while limiters act as a safety, to prevent overmodulation of compressors. Compressors map well to musical signals, anything with sustain or a note. If you find yourself needing to smooth out the dynamics in a track, a compressor is a great choice for that in both mixing and mastering.

How compressors impact level and time

Compressors are good for adding punch and glue to a track, but are not what makes a track loud. They don’t make anything louder; they turn things down. It’s a common misconception that in order to make a track loud, you need to squash it. It does make sense that if you restrict the dynamics of a signal, you might create more headroom to turn it up. But really what you’re doing is turning it down so you can turn it up after the fact.

Compressors will rob a signal of early harmonics, which are often positioned in the spectrum where our ears are more sensitive. So a lot of harmonic content between 1000–4000 Hz will give you more loudness according to our perception. When you compress, you’ll probably lose some of this information unless you use a really fast release time.

How to add punch with compressors

Engineers often speak about adding punch to a recording through compression. An easy recipe to achieve this is a compressor that has a longer attack time, lets the transient come through, and then the compression kicks in.

Try setting the compressor in Ozone 8 to a 2/1 ratio, 51 ms attack, and 100 ms release, and hear the difference. A longer release time here means the compression will have an overall smoother effect.

How to get smoother compression with sidechaining

A common option is to use a high pass filter in your mastering chain to remove the low-frequency signals from the signal that is affecting the compressor. It’s a very powerful way to change the effect of compression on the mastering chain.

How to add 'glue' with compressors

As we know, compressors don’t make anything louder. Rather, they turn the signal down. When you use a compressor, your end result is a thicker more cohesive mix. Some people call this glue.

While the transient energy and clarity of individual elements might be lessened with a compressor, the overall sustained energy and cohesion of the elements will be much greater.

If you start to feel like you’re losing the integrity of the song’s clarity, or sharpness, you might want to use a lighter hand with your compressor, or start exploring the settings.

How a compressor's knee affects the sound

The knee describes the signal level and what happens to a signal level when it approaches the threshold. Using a soft knee means that you’ll get more compression at a lower level, and a gradual onset of compression. This creates a smooth effect on vocals and signals that have a longer term envelope to them.

A hard knee has a very fast onset, which translates to a brighter sound and a little more distortion.

A good rule of thumb: If you want a smoothing effect, a soft knee is better. If you want to maintain the edginess in a track, a hard knee is a great choice to not rob the energy that’s baked into the mix.

A low band compressor is a powerful way to control the low-frequency envelope and the relationship between the kick and the sustain of the bass. If you find yourself needing to change this relationship, try only compressing the bass region.

By changing the attack time of this region, you can change the relationship between kick and bass. With a long attack time, the kick comes forward and shortens the bass. A fast attack pushes the kick back, and you hear more of the note of the bass.