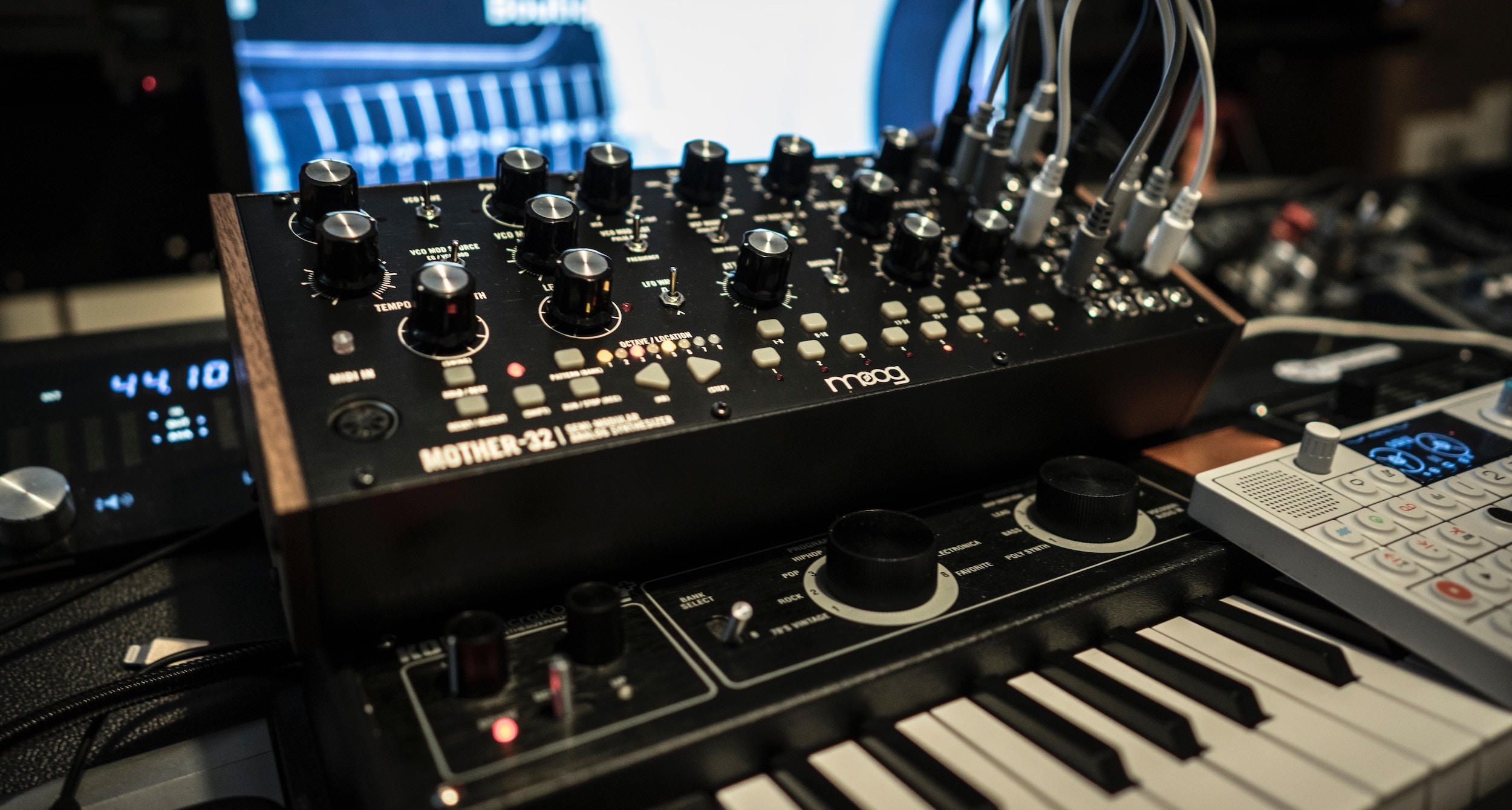 2018 was one of the more adventurous years in electronic music history. A number of artists released genre-bending albums and singles, reminding us all that electronic music, whatever the format, is infinitely malleable.

What follows are some artists, albums, and songs that we found particularly inspiring in 2018.

The modern warehouse variant of techno music can be pretty repetitive and predictable. Not so with Blawan’s new album Wet Will Always Dry. Though no stranger to warehouse dancefloors, Blawan is also well known for crafting techno tunes on modular synthesizers. This results in the amorphous sounds of Eurorack modules infiltrating the dark and dingy atmospheres typical of the modern techno club. Listen to the track “North” and you will hear Blawan’s approach in full glory.

German producer DJ Healer’s Nothing 2 Loose is nothing less than a revelation. On this record, the many-pseudonymed artist gives electronic music plenty of emotion through a variety of techniques. There are the clicks, static, and off-kilter beats of Burial, the ambient textures of Boards of Canada and Aphex Twin, and the breakbeats heard on early 1990s IDM. Nothing 2 Loose is as exquisite as any electronic album you will hear in 2018, and the album’s third track, “2 The Dark,” is a masterpiece.

3. “The Prayer” by Gacha Bakradze

Like DJ Healer, there is something beautifully spectral about Gacha Bakradze’s music. Gentle digital synths play off percussive samples. Nothing about this digital music is cold and clinical. As evidenced by the gorgeous track “The Prayer,” Bakradze’s music is warm and enveloping, and the tasteful breakbeats are like an old friend come home for a visit.

Earlier this year, we touted Skee Mask’s second album, Compro, as one of the best electronic albums of 2018. With its lush, atmospheric brand of ambient techno, where breakbeats (“Dial 274) rub up against occasional jungle rhythms (“Kozmic Flush), Compro remains an exceptional sonic document by one of the most promising artists in electronic music.

Beginning with 2012’s Exai, and expanding considerably with elseq 1–5 in 2016, the iconic and prolific IDM duo Autechre have been pushing both the temporal limits of electronic music. For this year’s NTS Sessions 1-4, played live on the UK’s NTS Radio,

Autechre produced eight hours of music. But what perhaps gets lost in the discussion oper the record’s length is Sean Booth and Rob Brown’s continued experimentation in sound. It’s as if the last few decades worth of sonic experimentation, both with traditional gear and their preferred instrument, Max/MSP, reached full fruition.

NTS-Sessions 1-4 is experimental as Autechre comes with its sound design and rhythm. But unlike their more clinical experiments (see: Confield), it’s spacious and often beautiful while being incredibly mutable. Listen to the synth sounds on the nearly hour-long “all end” and discover a depth you didn’t realize was possible with ambient music. It’s perhaps the peak of their musical careers, and an undeniable landmark in electronic music history.

TJ Hertz, a.k.a. Objekt, may be yet another electronic music producer and DJ from Berlin, but his work is vastly different from the techno the city’s Berghain denizens regularly turn out. After bursting on the scene with 2014’s Flatland, Objekt returned with a new album this year called Cocoon Crush. It’s a wonder of sound design, with a melange of different synths coalescing into a deeply satisfying whole. It’s hard to describe the sound. In listening to a track like “Secret Snake,” it’s almost as if Objekt has managed to make ambient sound kinetic and frenetic instead of contemplative.

7. “Worst Ever Contender” by Rezzett

Listen to old drum ‘n bass, and the production value stands out: the high tempo breakbeats are encased in futuristic synth sounds and treated samples. Drum ‘n bass’ older sibling jungle might have been looser and more unpolished, but it really doesn’t compare to the lo-fi, fuzzed out charm of London duo Rezzett’s self-titled debut album, which blends ambient techno, house, jungle, and drum ‘n bass into a dreamy, hazy soundscape. The synths and beats sound modern but vintage, aged and disintegrated, like what one might hear on a Boards of Canada or My Bloody Valentine record. It’s fantastic stuff.

On the far opposite side of the lo-fi spectrum are the tunes from Some Rap Songs, the latest album by Earl Sweatshirt of Odd Future fame. The sound of this record owes a clear and considerable debt to J Dilla’s sampledelic textures and rhythms, but it’s great to hear this aesthetic as the sounds of trap still dominate the hip-hop world. And it’s also refreshing to witness Dilla’s template updated by someone as lyrically dexterous as Earl. On the album opener, “Shattered Dreams,” Earl lays down some spaced out synthesizers atop a looped sample (courtesy of The Endeavors “Shattered Dreams”), and it sounds positively otherworldly. Again, far from typical in the contemporary hip-hop landscape.

As far as debut albums go, SOPHIE’s OIL OF EVERY PEARL’s UN-INSIDES has to be one of the more conceptually and sonically daring. Earlier in the year, we singled out SOPHIE for bringing a warped, collaged sound to pop music, blurring the boundaries between pop and underground sounds. Listening to a track like “Whole New World/Pretend World,” the listener encounters synth sounds that are at once influenced by stadium-sized pop music and 1980s industrial. It’s a strange and intoxicating brew of hyperreal sounds. More than that, it’s the future of pop music—or at least a possible future.

The music of UK artist Charli XCX always seemed more hype than substance—a pop singer and producer trying to claim underground music and art school cred. But when she started writing hits for other artists like Icona Pop (“I Don’t Care”) and Iggy Azalea (“Fancy”), Charlie XCX seemed to stop caring about what her sound was, freeing herself up to explore her own musical frontiers.

With the new album, Pop 2, Charli XCX brings an avant-garde approach to the rather staid, homogenous sounds of modern pop music. On “Tears” for instance, she collaborates with vocalist Caroline Polachek, of indie electronic act Chairlift, and the results are incredibly evocative. The synth melodies sound unabashedly pop, but there are multiple textures that revel in degraded and washed out tonalities. It may not be as experimental as SOPHIE’s work, but on this track, Charli XCX seems to have found a happy sonic medium.