Reach out and touch your mix:

Here’s a thought experiment: what if you were to start from scratch and create an interface for mixing audio? You probably wouldn’t design something with a hundred individual tracks and knobs and inserts.

Because audio software (and software in general) is not tethered to the physical constraints of analog hardware, we're able to rethink how we design audio production products. That's why we created Visual Mixer, a tool that lets you easily visualize and manipulate your entire mix in a single window. It’s as simple as moving your tracks left and right to control panning, and up and down to control gain—and that’s just the beginning. 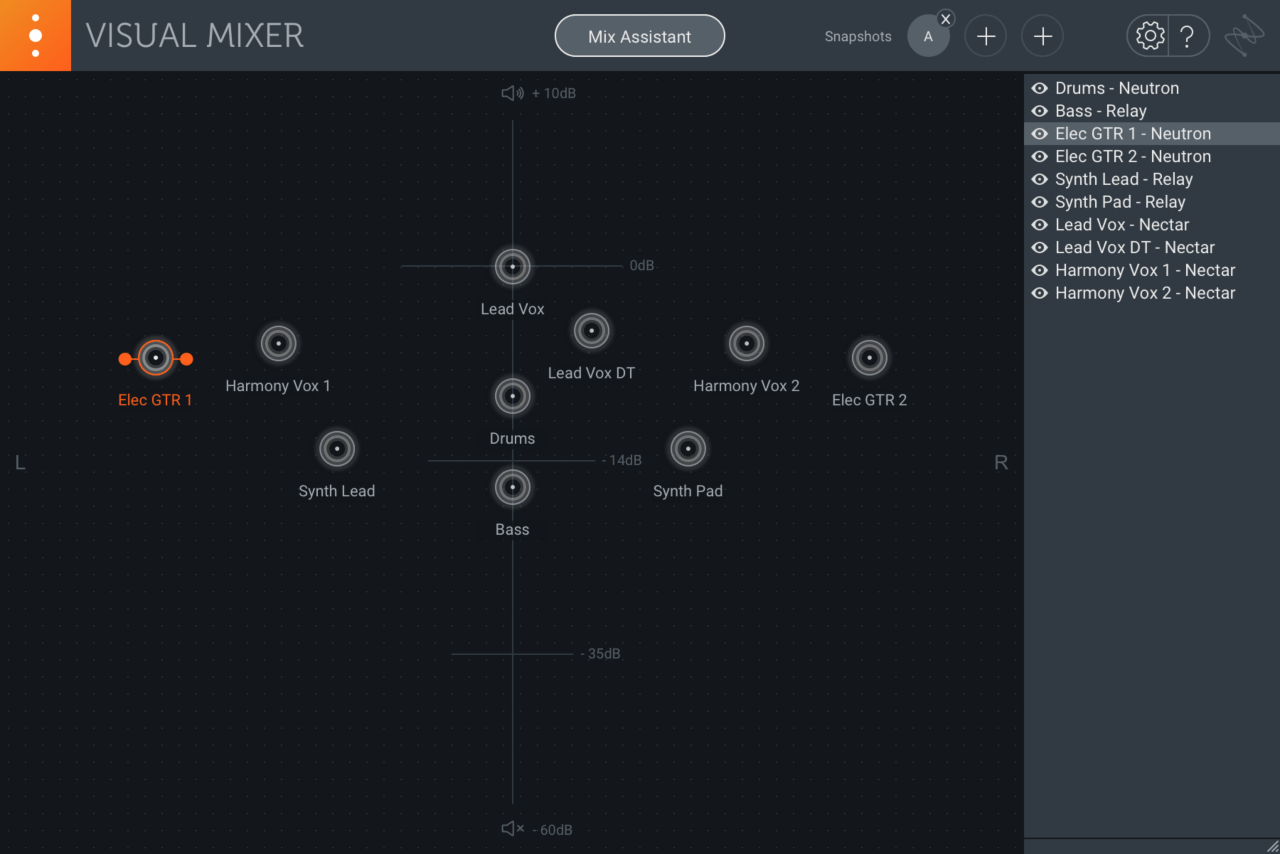 In addition to visualizing and interacting with your audio through Visual Mixer, you can now process all of your tracks at once with Neutron 3's Mix Assistant. Connected to Visual Mixer and powered by machine learning technology, Mix Assistant now helps mix engineers work in a way that hasn't been possible before.

Analog has its unique characteristics, but there is no reason digital audio needs to be constrained by the limitations of physical gear. Yet people often base their perception of what’s possible in audio production on traditional tools and workflows. Digital audio workstations often reflect this original analog paradigm with constraints that don’t need to exist today in software.

Visual Mixer is just one example of creating a tool that reflects the quickly blurring lines of audio production workflows. Recording, mixing, and mastering existed separately for decades; you were a musician, mixing engineer, or mastering engineer—rarely all three. These days, technology is enabling people to do it all, oftentimes from their own homes.

As we start to break down what differentiates these different practices through intuitive technology, there are opportunities to rethink the way these common workflows happen, and opportunities to create new types of functionality in the gaps that no one would've ever considered filling.

If you’re recording, editing, mixing, mastering, and releasing your own music, you are blurring the lines of traditional music production. Debating whether mixing while producing is a good or a bad idea isn’t even a debate for you, it’s just what you do. The whole point of music is about pushing creative boundaries, about trying new things. Visual Mixer is an example of where we're trying to do that, creating a hybrid tool for the modern producer.

A hybrid tool for the hybrid producer

There's almost no end to the information we can display about audio. We believe visualizations should help people intuitively understand what they're hearing and manipulate their audio in ways that, without the visualization, would be hard or impossible to do. We see this as the future of audio production and want to help others realize this future too, so we’ve made Visual Mixer available for free.

Download Visual Mixer for free with your 10-day trial of Neutron 3! Learn how.