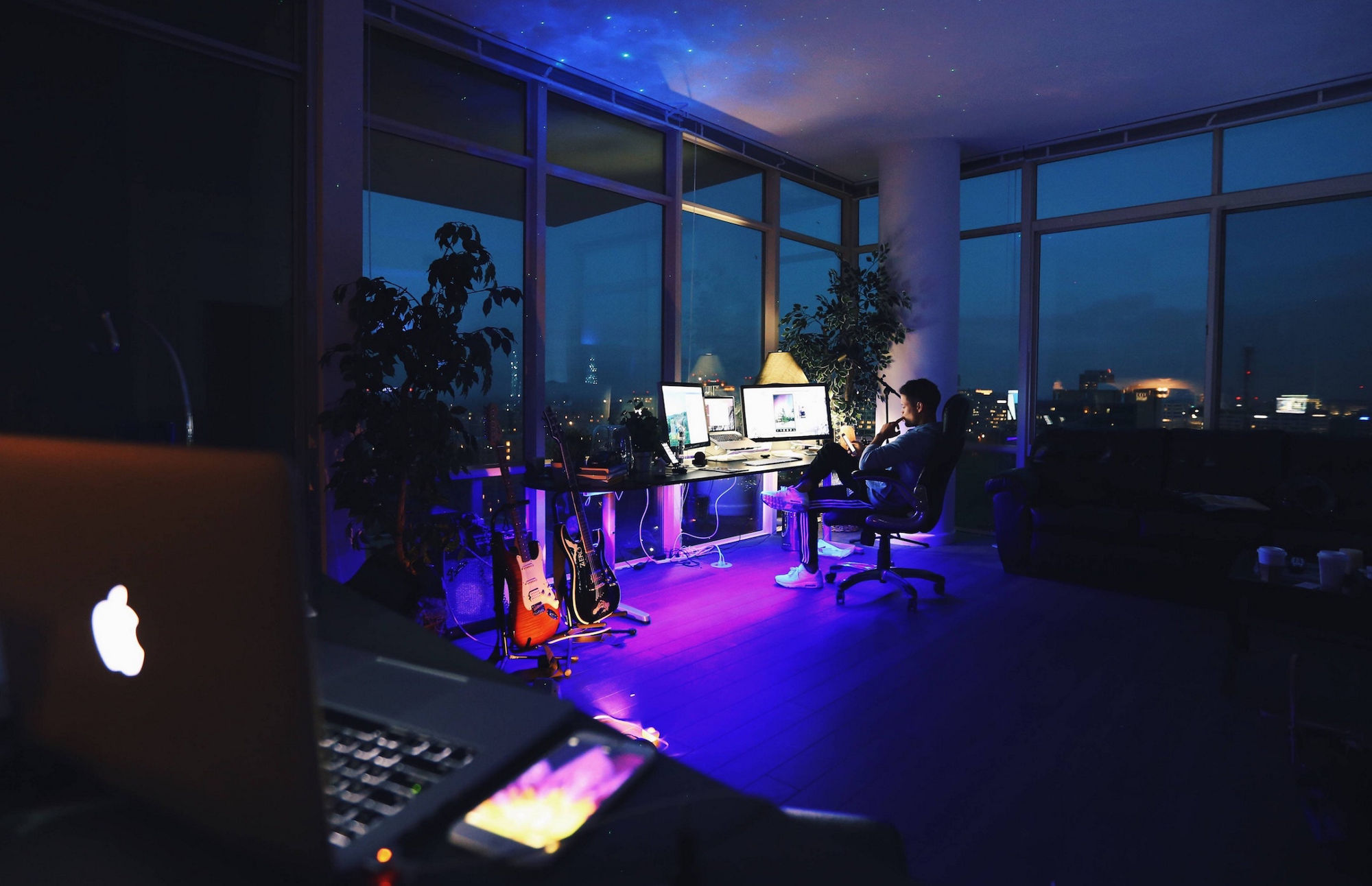 From debates about analog versus digital, one DAW versus another, and the impact of the loudness wars, producers have a particular fascination with myth. The same applies to home studios. Ask anything related to bedroom production online and you will get a flurry of conflicting opinions and tips in response, making it difficult to determine what is good advice and what’s not. For newcomers, this is a big distraction to creating music.

This is a myth that’s getting harder to defend with every passing year. We are long into the “digital era” and the availability of high-quality and affordable monitors and software. And acoustic insulation has made it possible to produce professional-sounding music at home, from writing to mastering.

iZotope RX comes with a series of audio repair modules to remove hiss, hum, and other unwanted noises that can damage home recording takes.

Folk and acoustic music has a long tradition of being recorded at home, as heard on albums by Elliott Smith and Bon Iver. Critical and commercial successes by rockers Nine Inch Nails and Foo Fighters are also homemade. I wager the endless stream of singles and EPs cranked out by electronic and rap music’s underground are produced with basic home setups too. All this to say, you can do it too.

2. “If it sounds good in my room, it must sound good everywhere”

Building on the previous point, recording at home introduces a set of challenges not faced in pro studios, namely less-than-ideal room acoustics. The small size and shape of home recording studios are known to produce reflections and resonances that color audio and misrepresent the mix. This becomes clear when the music produced in your room seems to lose it’s power and definition on other playback systems.

To address this, we developed Tonal Balance Control, which visualizes the distribution of frequency content in your mix against a reference target—either a single song, collection of songs, or genre. It's designed for producers in non-ideal studio environments to address where a song could benefit from boosts and cuts in level and EQ in order to hit commercial standards.

Having multiple reference monitors and a pair of flat-response headphones to reference your mix will also help you make better judgements about mix quality.

Read "Tips for Producing and Mixing in Headphones" for more advice.

Some people are under the impression that lower monitor playback levels reduce the impact room acoustics have on listening. This is not true. The ratio of direct sound (the signal that comes out of your monitors) to reflected sound (what arrives at your ears after bouncing off walls) remains the same regardless of output level.

One possible reason for the existence of this myth is that we don’t perceive loud signals and quiet signals the same way—at low levels our ears are less sensitive to low and high frequencies. Since most acoustic problems happen in these frequency bands (think boomy bass and overloaded high-end), we just have a harder time hearing them when the output is turned down. But this does not mean they are absent.

4. “Always cut instead of boost EQ”

While there is some truth to this adage, the way you employ EQ should not follow it—rather, EQ moves should be based on whether they benefit the mix or not.

EQ cuts are typically used to correct issues in a mix. If you hear low-end rumble, it makes sense to remove it with a high-pass filter. A stuffy mid-range can be loosened up with some small cuts around 150–400 Hz.

Boosts, on the other hand, are better suited to enhancing instruments. After a round of corrective EQ, listen for what is missing in the mix then gently boost the gain on frequency bands that feel dull or thin.

Related: "12 Common EQ Mistakes Mixing Engineers Make" and "EQ Tips: When to Boost and When to Cut"

5. The mix needs to be as loud as possible

This is a myth that has its roots in the early days of tape. To avoid the noise present on tape from leaking into a recording, instruments were recorded “hot” to mask it. In addition, engineers discovered that pushing gain levels past the distortion threshold produced a pleasing warmth we now call saturation.

With digital recording, these two concepts no longer apply. Simplified recording chains—mic to sound card to laptop—mean the amount of noise captured in a recording is minimal, and if there is too much, it can be removed with RX.

Modern tools have also made it possible to create dynamic mixes without going above -4 dB. Even if you choose to produce a very loud mix, the loudness standards on streaming platforms will turn it right down, so the competitive edge this parameter once had is no longer as relevant.

Finally, digital distortion is much more unpleasant than its analog cousin. Overloading a DAW’s recording level will introduce some nasty artifacts that throw off the balance of a mix and disrupt the listening experience.

6. Mastering will make my song streaming- and radio-ready

It is much harder to accept the shortcomings of a production than admit more time and skill is needed to make the music you want to. For this reason, many people slack on the more frustrating steps of finishing music and hope mastering will bridge the gap instead.

When you plan to release a project recorded and produced at home, it's a good idea to get it mastered, but note that this stage is not what makes the difference between an amateur song and a professional one. Boiled down, mastering enhances what is already in a mix to ensure optimal playback across multiple playback systems.

If you listen back to your favorite songs, what is it that stands out to you? Is it the mastering? Or the musicianship, performances, and overall “feel” of the music? Mastering is an important part of the music creation process, but it needs a solid foundation to build on first.

Read "10 Beginner Mistakes to Avoid When Mixing" to learn how to better prepare your music for mastering.

7. Inspiration just comes to you

Let’s get this one started with a quote from novelist Somerset Maugham: “I write only when inspiration strikes. Fortunately, it strikes every morning at nine o'clock sharp.”

Having a studio in your room makes it easier to get an idea down when inspiration strikes. You don’t need to travel to a new location or pay for time and you are already familiar with the equipment. But moments of inspiration are not a predictable thing. One day you may finish a full song and the next you can’t seem to move beyond an eight bar loop.

Loose, spontaneous sessions can be a lot of fun, but they also get an improper reputation as the most “authentic” way to get music done. If you are serious about music production, you need to stop waiting for inspiration to strike and instead set a schedule for doing work. Paired with an imposed set of restrictions (gear used, tempos, sample sources, etc.) you will be able to focus your mind over longer periods of high creativity.

In a creative rut? Make a song using Oblique Strategies.

From room acoustics to gear choice and workflow, producing music at home raises many questions. Sometimes, the answers come from experience, but in other cases, you just need quick informed tips to run a smooth session. I hope these help.

The myths I chose to expose in this article were either ones I followed when I got started or ones I recently saw online and thought needed clearing up. While there are more floating around, these should cover the basics.