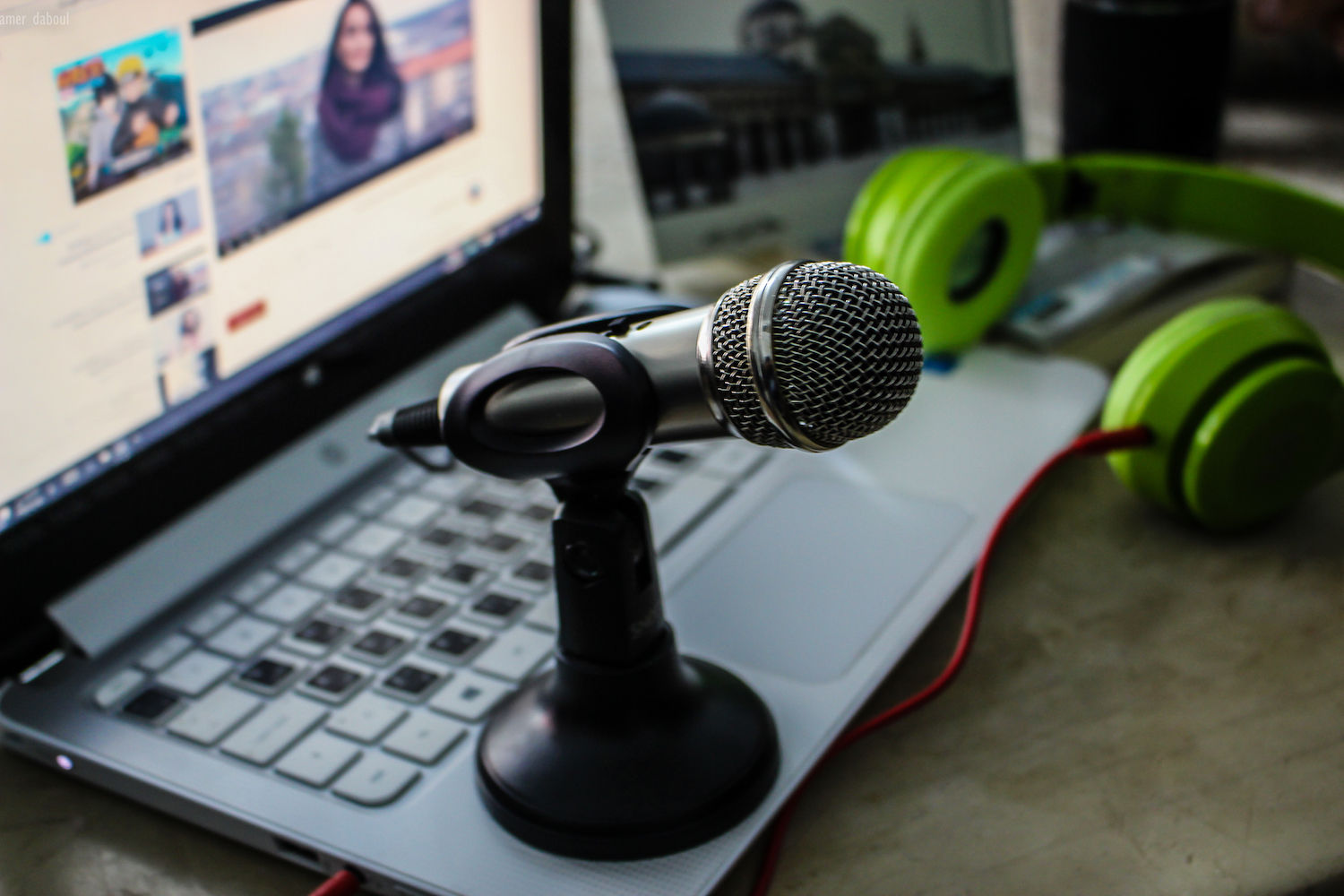 There’s no question that vloggers, specifically those who broadcast on Youtube, are quickly replacing the traditional print and television tastemakers of yesteryear. Swing an axe at any topic from Youtube’s search bar and you’ll hit dozens if not hundreds of videos boasting a familiar set up: an animated host in front of a webcam. If you’re an aspiring makeup tutorial artist, comic book film reviewer, or someone that wants to opine on your favourite niche subject, you’ll want to drive engagement and build relationships with great looking, and importantly, great sounding content.

This means capturing a stellar voiceover at the source: a great-sounding, well placed mic in a quiet room will usually lead to a voiceover that you won’t have to spend too much time editing after you’ve recorded it.

I should know. I run a Youtube channel devoted to composing for film, and if my voiceover audio is problematic, the comments section will light up. I’ve learned lot about getting great audio at the source and want to share some tips on how you can keep the audio production quality high for your Youtube audience.

Great mic placement is paramount. But where should the mic be in relation to your mouth?

Make a fist. Now extend your thumb and pinky finger only. The distance between those fingers is how far your mouth should be from your microphone, give or take an inch. Placing your mouth said distance will mitigate the occurrence of plosives (bursts of air which cause the mic to clip) and sibilance (stressed consonants that produce a hissing sound).

I usually take the extra step of placing a pop filter ahead of my mic, (always off-axis, or “tilted” on an angle from the microphone to minimize reflections). Adding a pop filter to an already well-placed microphone will ensure that sure few if any bursts of air hit my microphone’s diaphragm and cause a plosive.

Finally, I like to bring my microphone up to my chest level and then angle it slightly towards the computer monitor (while observing the thumb-to-pinky rule). This keeps it out of view from my mouth when I’m vlogging and generally off-camera altogether. For a visual reference of the angle i’m describing, take a look at any TV press conference, where the mics are angled up at the speaker on a podium.

Most of us don’t get to vlog from a million dollar mastering room, so we owe it to our audiences to capture audio from a space that’s as quiet as possible. In my own apartment, I’ve learned to be strategic about when I start vlogging. I avoid recording early in the morning or around 5:00 p.m. – 6:00 p.m., as there’s hustle and bustle in the hallways from people going to and from work (footsteps, doors closing, keys jangling, noisy animals wishing their owners farewell).

Every building has a rhythm and after a few weeks in any space, the optimal recording times will become apparent. To that end, it’s important to close balcony doors and windows to seal-out environmental noise.

This is a classic audio engineer’s trick: unplugging the fridge and placing your keys, or something you’ll need later in the day, next to the milk carton to make sure you remember to turn it back on. What’s behind this seemingly odd practice? A fridge’s components can produce intermittent ambient noise that might not be immediately apparent to a vlogger (especially if you wear headphones, as I do, when you vlog to avoid spill from your computer speakers). A sensitive microphone, like a large-diaphragm condenser, can pick this noise up and lead to unexpected post production work you might not have time-budgeted for.

Just as it's important to mitigate environmental noise, vloggers need to make sure the noise their own body can produce is protected from the microphone. Ever listen to a podcast or a vlog and you can hear rumbles or thumping noises that don’t sound like they’re emanating from the presenter’s voice? The culprit is usually some finger tapping, leg crossing, rustling, typing, that’s being scooped up from a microphone that isn’t holstered in something that isolates it from the presenter.

This is why it’s important to use a broadcasting arm (or some such apparatus) as well as a shock-mount to isolate the microphone from any sympathetic noise from vibrations emanating from you, the vlogger. To that end, it’s important that you don’t adjust the broadcasting arm too forcefully when you’re speaking as it’ll no doubt be picked up by the mic!

Every microphone has a polar pattern or multiple polar patterns to choose from, which can affect the quality of your voiceover recording. How do microphone polar patterns work? Imagine you’ve got a flashlight. When you’re in the dark and you switch it on, it shoots a beam of light directly in front of you and a little to each side. What I’m describing is essentially a cardioid polar pattern, the most common form of polar pattern available in most microphones.

Another popular pattern is a ‘figure eight’ or bi-directional polar pattern. If we’re sticking with the flash light metaphor, this would be like having a flash light that shot a ‘cardioid’ beam of light from each end. Kind of like Darth Maul’s lightsaber.

So you might be wondering..why does this polar pattern stuff matter? Novice vloggers might not be aware that their microphone is switched to a polar pattern that’s adding environmental noise to their voice-over. For example, our computers and hard drives make all kinds of noise, and if our microphone is set to a ‘figure eight’ polar pattern this means it’s capturing your voice and computer whirring/bleeps/bloops (all scientific terms). Switching it to cardioid will reject this noise and leave the ‘beam’ focused on your voice.

At iZotope, we know that even when all precautions are taken to capture a great vlogger vocal noise can still leak through, which is why we’ve create RX, our post-production, audio repair software. That being said, getting things right at the source will ensure that you’re spending less time editing after you’ve captured your audio and more time plotting your next viral rant!