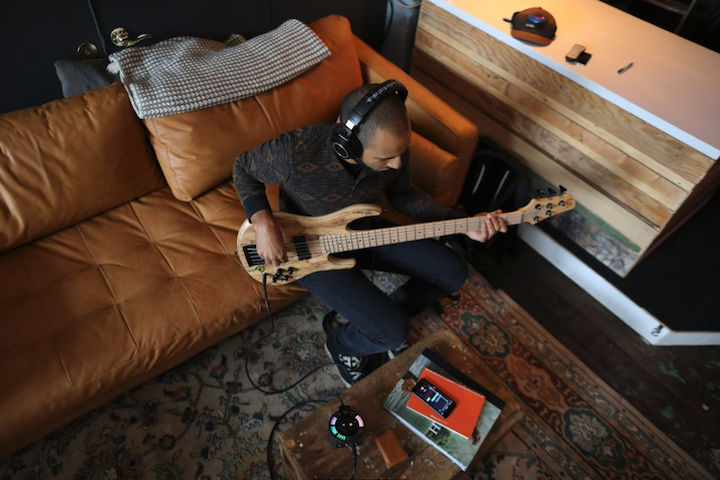 Room noise—who would’ve thought it would be so controversial? Ask any post production engineer, and they’ll tell you it’s vital to communicating the realism of a scene, to covering gaps between choppy dialogue, or to give automated dialogue replacement (ADR) something like reality in the context of its often sore-thumb fakeness.

Ask a songwriter, producer, or recording engineer working from home about room noise, however, and you’re likely to hear a different tune—for it is a bane. Our homes were meant for many things—for eating, for sleeping, for hanging out with friends, family, and pets—but they were not meant for recording the cleanest possible audio. And yet, that is what many of us must do. (And for what it’s worth, many opportunities abound to record foley around the house.)

There are things you can do to mitigate the sonic signatures of your beautiful, yet terrible room. Here are a few of them.

1. Pick the best sounding room in the house

This first tip might be the most obvious, but it still bears repeating: find the best-sounding room in your house and record there. But what do I mean by best? And how do you go about finding it?

Best doesn’t mean “dead,” though at home, dead usually helps. Still, you will not often find a room that is dead in and of itself. So look for ambiance that suits the need of the recording instead, because ultimately, you’re never going to pad a room in your house to the deadest possible point—not unless you seek help from an acoustician, or are one yourself. You might as well find a room whose characteristics are pleasant and work from there.

What do I mean by pleasant? I mean, as free from odious properties as possible—a room without flutter echoes, frequency buildups, and other drawbacks.

To do this, I recommend you go around your house, walk around the various rooms therein, and do the following: first, clap your hands, listening for flutter reflections. You don’t want these; they sound sort of like a spring boinging from far away, and they have an insidious way of affecting all the audio they’re mixed with.

Having identified the spot with the least possible flutter, use your voice as your next measuring stick. Say the word “haaaa!” shortly, from your chest, and with a bit of gravitas; hear how the room reacts to your voice. Walk about each room and note positions that sound the best. Take the top three contenders, and set up your recording device—say a Spire Studio, for instance—in those very positions within those very same rooms. Now, record yourself clapping your hands once, and saying “haaaa!” again.

When you listen back to the recordings, note the fullness of the sound as it is captured, and the reflection of the room shortly thereafter. You want the fullest sound with the least noticeable amount of audible room reflections. You might have to make some compromises however. For instance, if your favorite room has a window that overlooks a noisy traffic circle, you might consider choosing your second favorite room.

I realize that treating the room is not only an expensive endeavor—it’s a deeply unsexy one, because it requires a bit of research, and you can’t tweak or twiddle the knobs of room treatment. Still, I recommend treating the room as best you can to minimize potential issues that might earmark your recording as sounding “cheap” down the line.

As we noted above, in home scenarios it is nearly impossible to eliminate room interference entirely, which is why I’m having you find your sonically favorite room first. But once this room is selected, consider any of the following steps:

If you choose step five, well, it’s not impossible to deal with room issues in post. iZotope RX has helped me out of many such binds. But if you can you save yourself time and trouble in the long run by ponying a little up front for room treatment, you’ll be happier for it.

This is another simple trick that nonetheless should be reiterated. Refrigerators, air conditioners, hard drives, and other doodads create noises you don’t want in your recordings. It’s good operating procedure, while at home, to turn off these things for the duration of the recording process. Sweat it out now and unplug the gear whilst recording, and again, it’s one less thing you have to worry about later.

Electronic appliances can easily compromise recordings, so be sure to turn them off!

PRO TIP:  If you’re recording with your phone using the Spire app, you don’t need to worry as much about treating your room or unplugging noisy electronics.  A Spire Pro membership gives you access to automatic noise removal tools that drastically reduce unwanted background noise like air conditioner hum or the sound of people in another room. Spire Pro will also reduce reverb and echo from untreated rooms all with iZotope RX’s award-winning audio repair tech. If you have a Spire Studio with a Spire Pro membership, switch from Spire Studio’s WiFi network to your WiFI internet connection to have the repair rendered in the app.

Yes, there are trade-offs to getting right up in the microphone’s physical space. A bump in the low midrange comes to mind, as does a tendency to elicit plosives and sibilance. But these effects can be mitigated with EQ and careful editing, or with the use of a pop filter. Mic yourself from farther away, and the sonic signature of the room becomes married to your voice or instrument. Separating room noise from a recording, though not impossible, is usually a game of compromises; this game of compromises is somewhat avoidable with close miking.

If after all of this you’re still getting undesirable timbres from the room, there’s one thing you can try: baffles. Put up makeshift barriers between the microphone and your room. These can be as simple as packing blankets suspended between two boom stands, under which you record your instrument—a sort of “chuppa” for the marriage between microphone and sound-source.

You can also buy baffles from many retailers, some of which clip onto your mic stand and surround the microphone. These aren’t full iso-booths, of course, but they can get your sound about five to ten percent better, give or take.

Recording acceptably noise-free audio in your home studio is not easy, but also not impossible. With a little planning and a little research, you can drastically reduce the specter of your room. When you do, you’ll find that all the tools you have at your disposal—the EQs, the compressors, the reverbs and more—will be called upon less to correct what you’ve done, and more to accentuate the inherent virtues of your project. And even if you’re recording on your phone, a Spire Pro membership drastically improves the post-recording sound of your room. In other words, you’ll find yourself playing, rather than fixing—having fun, rather than cleaning up messes.