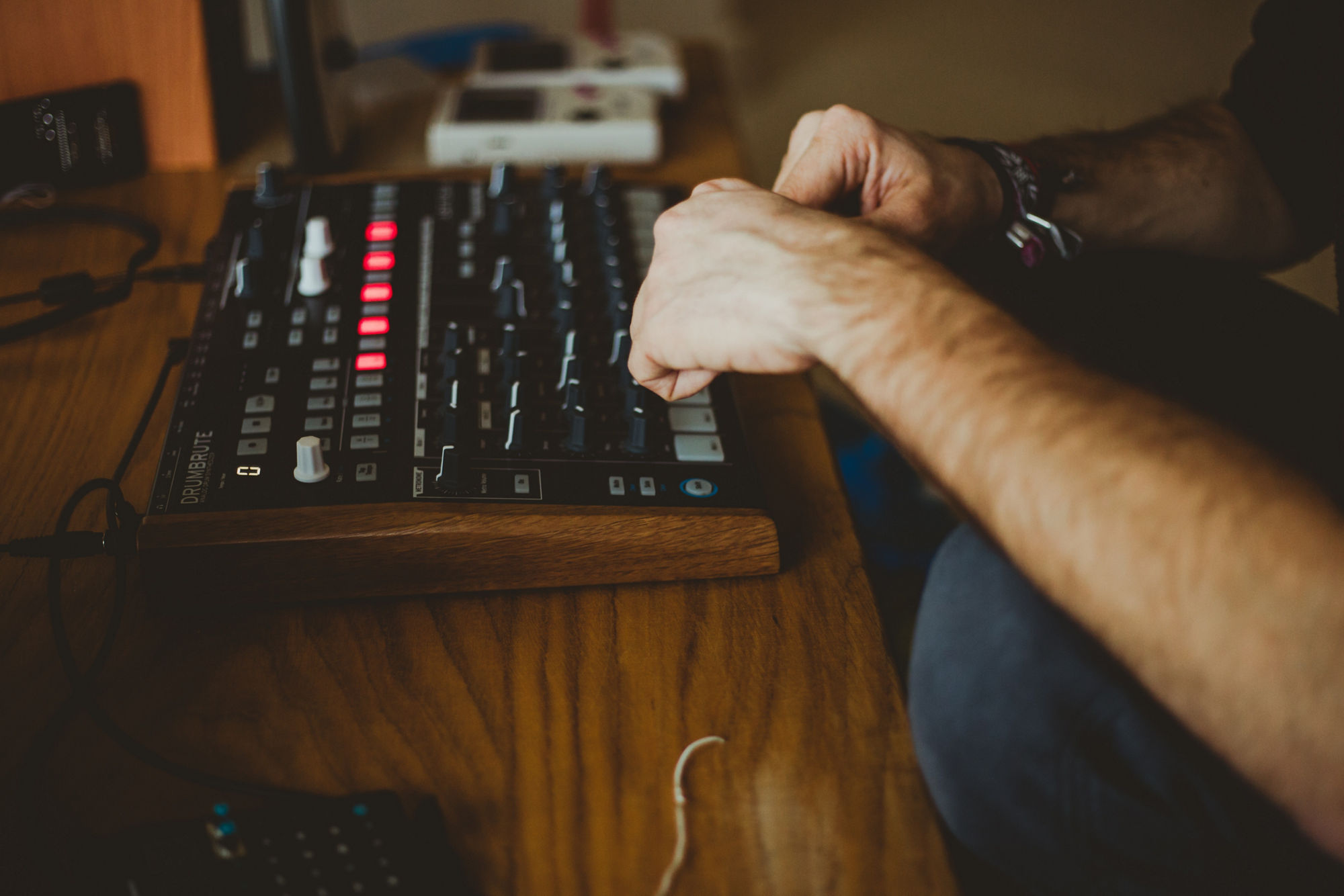 Getting to know how these popular audio effects are made is a must for music producers. It’s like learning the standard tunes as a musician; you need to know the basics in order to make something really great. In addition, if you’re working with clients, they will want to hear specific production effects in their music.

In this article, I’ll show you five common production effects and the quickest, most effective ways to produce them in your DAW.

Reverse reverb is exactly that—the reverb tail of any instrument or sound, reversed. The effect started to crop up in popular music during late 60s. You can hear it leading up to the horns in The Yardbirds’ “Ten Little Indians” and on the drums in Pink Floyd’s “Sheep.” Years later, the effect would come to define the signature dissonant guitar sound of shoegaze stars My Bloody Valentine.

Today, reverse reverb is often used to dramatize vocal passages. It sounds a lot more technical than it is to create. If you’re working with an entire vocal recording, single out one word at the beginning of a verse. Otherwise, drag a one-shot vocal sample into your DAW.

In both cases, duplicate the selected vocal onto a new track, reverse it, then add your favourite reverb plug-in. I’m using the reverb in Nectar 2. The goal here is to create a long reverb tail, so turn decay time and the wet mix way up. Listen to the original and reverb version: 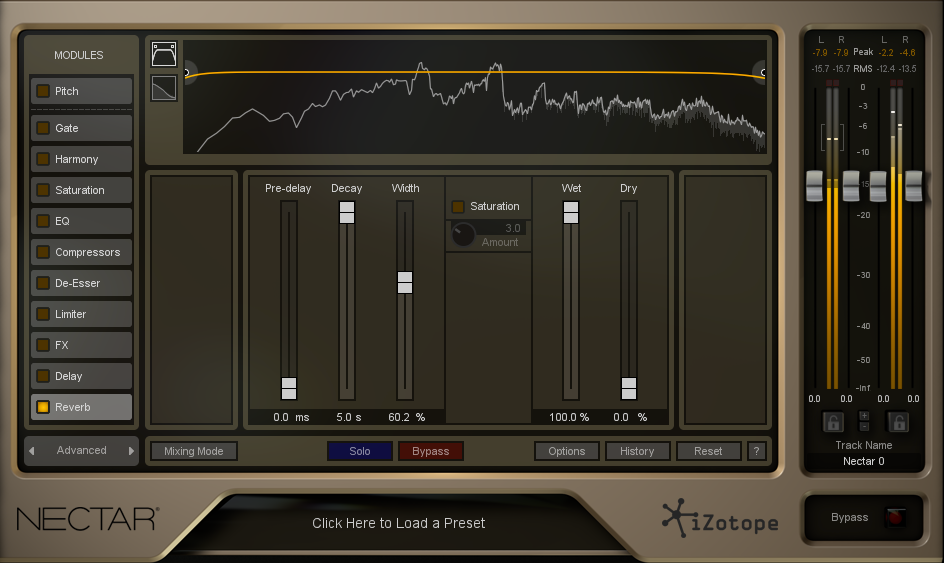 Bounce the audio file to disk and bring it back into your DAW. Reverse it again, so the vocal sample plays forwards. The long tail will act as a riser into the vocal.

Line up the processed vocal with the original so the transition between the two is smooth. You may need to add fades on either side of the processed version to achieve this.

Try a reverse reverb on non-vocal parts too. The result is always surprising.

If you’re a Pro Tools user, check out this iZotope video tutorial on reverse reverb:

One of the most common problems producers run into is frequency masking: when two elements with competing frequency ranges occur simultaneously they awkwardly clash with one another. In electronic production, the main culprits are kick drums and basslines.

To solve this, add a compression plug-in to the bass track, and feed the kick output into its sidechain detector. This will quiet the bass whenever the kick stomps through, producing a cool pulsating effect between the two sounds. Listen to this bass go from floppy to sidechained.

Pretty effective stuff. We already have tons of articles on how to do this in your DAW, so you can dive in for details.

Another way to use sidechain is with a ghost track. If you work with ambient pads or long sustained notes, try sidechaining them to a muted rhythmic track. The ambient material will bounce in response to the rhythmic track, creating strange grooves that weren’t there before. The sidechain comes in after about five seconds:

You can get as experimental as you want here. The listener will not hear the sidechain input. For more sidechain experiments read on here.

Noise gates are comparable to compressors, but instead of quieting signals above a set threshold, they quiet signals that fall below a set threshold. Many guitarists use noise gates while recording to cut out the amplified fuzz between each strum.

Anyone familiar with pop music from the 1980s will have heard the combination of a noise gate and reverb on drums. Like many great discoveries, this production effect was come across by accident. While recording for Peter Gabriel’s self-titled 1979 album, Phil Collins’ drums were accidently picked up by the microphones used to talk to engineers in the control room. As the story goes, some funny patching on the mixing desk had the microphone pickup going into a reverb, then a noise gate, causing the reverb sound to be cut abruptly short. The use of gated reverb in Collins’ “In the Air Tonight” turned the effect into production standard.

The gated reverb sound has made a comeback in popular music over the last few years. And it’s pretty easy to pull off in your DAW. I’ll show you how with the snare drum in this beat:

The snare is missing that flashy 80s energy, which is what the reverb gate is here for. Add a reverb with a decay time of 10 seconds or more to your snare, then sidechain the snare track to itself using the sidechain detector in the noise gate. Turn down the threshold until you can hear your reverb-soaked snare, then reduce the release time, trimming the reverb until it sounds bright and percussive.

The snare is punchy and the mix stays clean. If you want to achieve a bigger pop sound, gated reverb will get you there.

Creative vocal manipulation has been at the center of music production for the last ten years. Everyone from James Blake to Diplo to Holly Herndon have explored stuttered vocals in one way or another.

It’s hard to trace the exact origins of this effect. Hip hop scratching in the 1980s explored vocals as a rhythmic element. So did UK garage, house, and trance about 10 years later. The precision afforded by DAWs brought chopped vocals back in a big way, with producers often employing them for the entirety of a hook.

You can achieve this effect in your DAW using VocalSynth 2’s Shred module, which captures chunks of audio and repeats them based on the setting you choose. I’ll show you how with this vocal sample:

Slap VocalSynth 2 on a vocal track and enable Shred, which is located in the effects chain at the bottom.

Use the Length knob to control how often a vocal sample is captured. Slow, even time signatures are best for gradual repetitions. Fast, uneven signatures will produce more erratic results. The step sequencer adds complexity. Each of the three steps can be programmed with a different repeat rate. You can see my settings above.

Once you settle on a pattern you like, dial in other effects, as well as the vocal modules up top for a more dynamic sound.

Using Distortion, Biovox, Vocoder, and Polyvox I brought out the raspy textures in the vocal, and it ends up sounding a lot like a guitar.

RX's Time & Pitch module makes it possible to achieve both of these effects near-instantly. I’ll start with pitch shifting. The effect has its roots in TV cartoons—it was used by Bagdasarian to create the distinct animal voices of Alvin and the Chipmunks.

In RX 6, enable the Time & Pitch module and slide Pitch Shift up or down to change vocal pitch accordingly, then hit Process. I started with this vocal, and pitched it up 3.9 semitones. 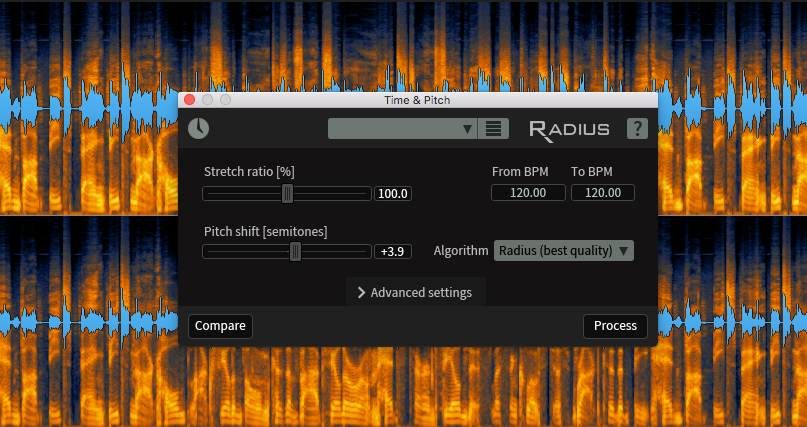 Take it one freaky step further and combine both the original and pitch shifted version. Since the length of the sample has not changed, you can easily line them up. To remove clicks and noise I added RX 6’s De-click and De-noise modules.

Time stretching often serves a more technical purpose. For example, speeding a vocal up or down to match a drum break. In Time & Stretch, simply input the final tempo you want your vocal sample to be stretched to, then hit Process. Here is what I’m working with:

However, when audio speed is changed, you introduce audio artifacts—noticeable glitches and pops caused by the manipulation. I increased the sample from 98 to 110 BPM, which is a big stretch. 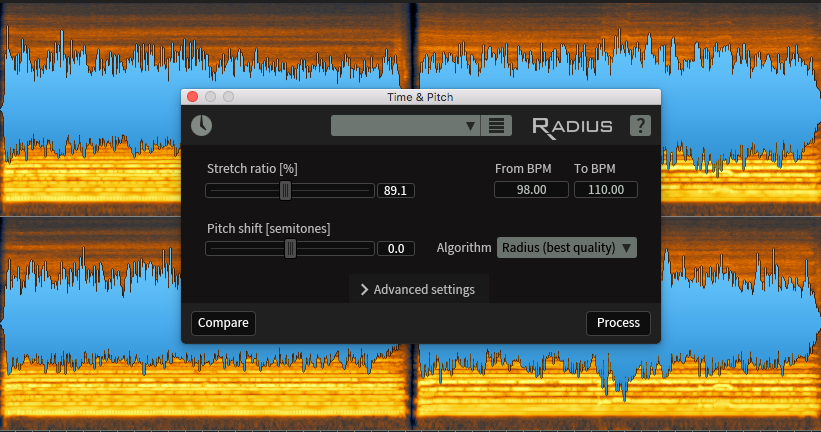 This can be fixed, but how you do it depends on the audio being processed, and whether you are increasing or decreasing its time. It generally requires a bit of experimentation. For this specific case, I lowered Transient Sensitivity and Pitch Coherence. 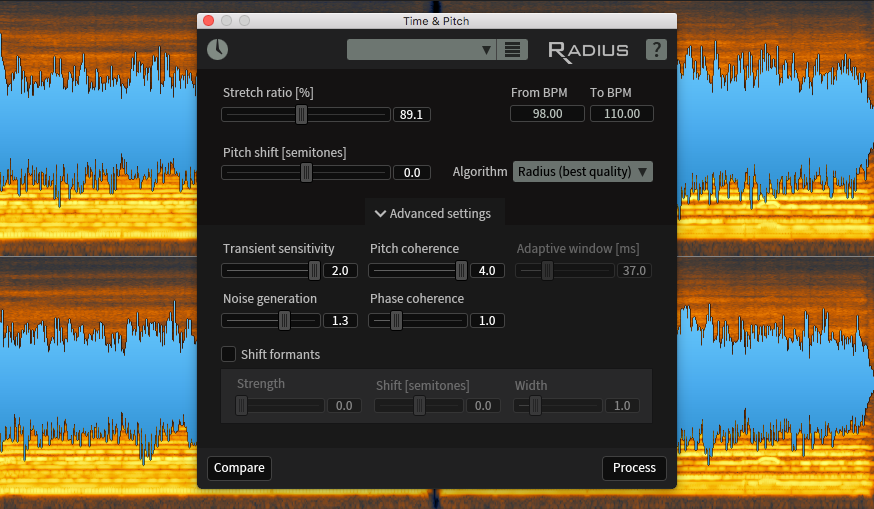 Now, let’s bring in some pitch shifting. I increased the sample by 8.5 semitones.

During the early 2000s, this was Kanye West’s signature sound. You can hear it is his own work, as well as his productions for Jay-Z and Alicia Keys. Today, these chipmunk-style vocals have found a home in EDM and Future Bass-leaning music.