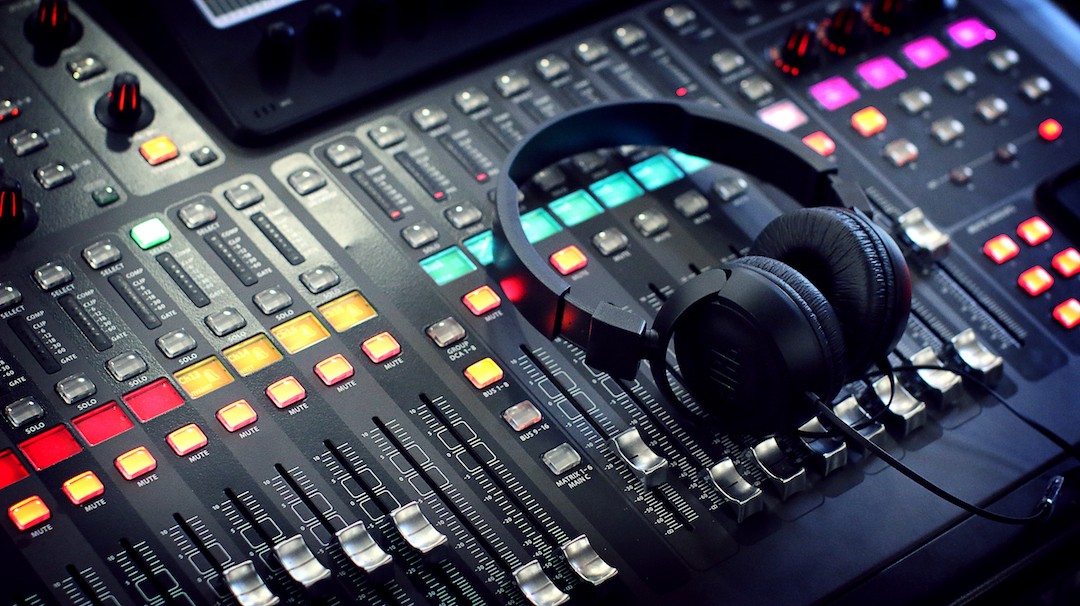 Mixing engineers and producers alike have long employed reference tracks to guide the sonic structures of their music toward desired results. These tracks, often professionally mixed and mastered, might be referenced to achieve a certain hip-hop kick drum sound, to shape the high end of a rock record, or to achieve balance across the full frequency spectrum of songs across many genres.

Song: “The Rainbow” by Talk Talk

As album openers go, “The Rainbow” from Talk Talk’s 1988 album Spirit of Eden is a revelation. Though poorly received at the time, this record planted the seeds for post-rock pioneers like Slint, Sigur Ros, Godspeed You Black Emperor, and Radiohead, and gets regular play from esteemed DJ/producers like Nicolas Jaar.

For emerging mixing engineers, this track is a masterclass in organizing sound in space and time. Engineer Phil Brown's expertly placed spot and room mics create a panoramic stereography for the Rainbow’s most powerful sections, and there are quite a few of them. Producers Mark Hollis and Tim Friese-Greene herd distorted harmonicas, organs, and fragile string sections around Hollis’s delicate vocals, creating an otherworldly arrangement and vibe.

For mastering enthusiasts, the 1997 remaster has an arguably more open sonic palette than the original 1988 pressing. To my ears, the newer master brings out more color in the upper register of instruments with something to say in that range (Harmonium, Cor Anglais). The key is that both masters are plenty dynamic, which is crucial for the peaks and valleys of “The Rainbow” to pack emotional punch.

A nine-minute, existential free-jazz journey isn’t everyone’s cup of tea, but just remember that all your favorite songs were at one time unknown to you. Those brave enough to see what’s on the other side of “The Rainbow” will find gold.

“Mortal Man” is the final track on Kendrick Lamar’s GRAMMY-winning 2015 album, To Pimp a Butterfly. Clocking in at over 12 minutes, “Mortal Man” is divided into two parts. Part one finds Lamar rapping over lush strings and creeping horns, with a bassline that marches the song’s dark timbre forward. Part two features a posthumous interview with one of Lamar’s influences, 2Pac, which is underscored by a jazz jam session and arranged by composer and saxophonist Kamasi Washington.The jazz elements in part two were recorded in a two-hour jam session, featuring pianist Robert Glasper. It was then cut up and sent it over to Derek Ali for mixing.

“When we were recording the strings, we were using twenty-something mics at a time: four room mics, two overheads—every string had its own mic,” recalls David Kim, one of the recording engineers on the session for “Mortal Man” in an iZotope interview.

For as busy as the beat is, never do the horns, piano, or guitar distract from Lamar’s vocals in Part 1, nor do they in the jazz session of Part 2. They sit back in the mix, often mimicking or repeating the descending lead melody of the horns and bass. (At 1:14 you can hear one example of that horn melody.)

As the song goes on, that melody becomes a motif, and we’re able to pick up on it more easily. Ali and co. can pan those supporting lines tastefully. Here’s an example at 3:54 of guitar mimicking that line, panned left).

Rarely is rock music as dynamic and affecting as this Andy Wallace engineered/produced stunner, which serves as the opening track to Jeff Buckley’s now classic album, Grace. Recorded in upstate New York in 1993 at Bearsville Studios, Wallace’s feat was to capture the performance of bassist Mick Grøndahl, drummer Matt Johnson, and Buckley on guitar and vocals.

With the mix of “Mojo Pin,” Wallace was careful to both capture the subtle dynamics of Johnson’s playing while being sure to leave plenty of headroom for the trio to explode into full proto-metal era Zeppelin staccato. In panning the drum overheads hard during quieter moments, Wallace makes the listener feel surrounded and drawn into the mix, a technique that accents a jarring and wonderful dissonance when the band leans in to their instruments during the chorus.

Perhaps most importantly, Wallace’s mix compliments the song’s arrangement, leaving space in both frequency range and stereo field for Buckley’s ethereal crooning to grab the listener’s attention. Overall, Wallace refuses to over-compress the band, beautifully capturing the musicians at the height of their studio prowess—serving the song and the artist first.

It’s no wonder no less than David Bowie named Grace his favorite album of all time.

Song: “Mr. Brightside” by The Killers

Selected by: Will Hunt, Marketing Specialist

Produced by: The Killers | Mixed by: Mark Needham and Alan Moulder | Mastered by: Brian Gardner

“Mr. Brightside” is a huge inspiration to me as a mix engineer, but not because the mix itself is technically amazing. On its release, “Mr. Brightside” stood in stark contrast to other big budget rock songs of the day, with blown-out low end, roomy drums and vocals that sat flat in the mix as opposed to popping out in front, and major instrumental earworms that are buried by masking, hard panned into oblivion, or otherwise barely audible. Even the band’s performances, while solid, aren’t exactly virtuosic.

However, all these little details of the song combine to form a truly monolithic sound—a bouillabaisse of synth, guitar, and grit. These elements work because they sit so cohesively against the rest of the mix that they form something greater than the sum of its parts. There are tons of subtle touches that make this track transcendent, but no one would ever call The Killers subtle—the song just sounds so huge that none of those details seem to matter even when they’re so important.

If you are mixing rock songs that incorporate synth pads and melodies alongside layered guitars, this track is an essential benchmark. It’s an easy target to hit but a tough approach to truly perfect, as it requires the mix, the arrangement, and the attitude to come together just so. My mantra is, if it sounds at least on the same level as “Mr. Brightside,” I’m doing something right!