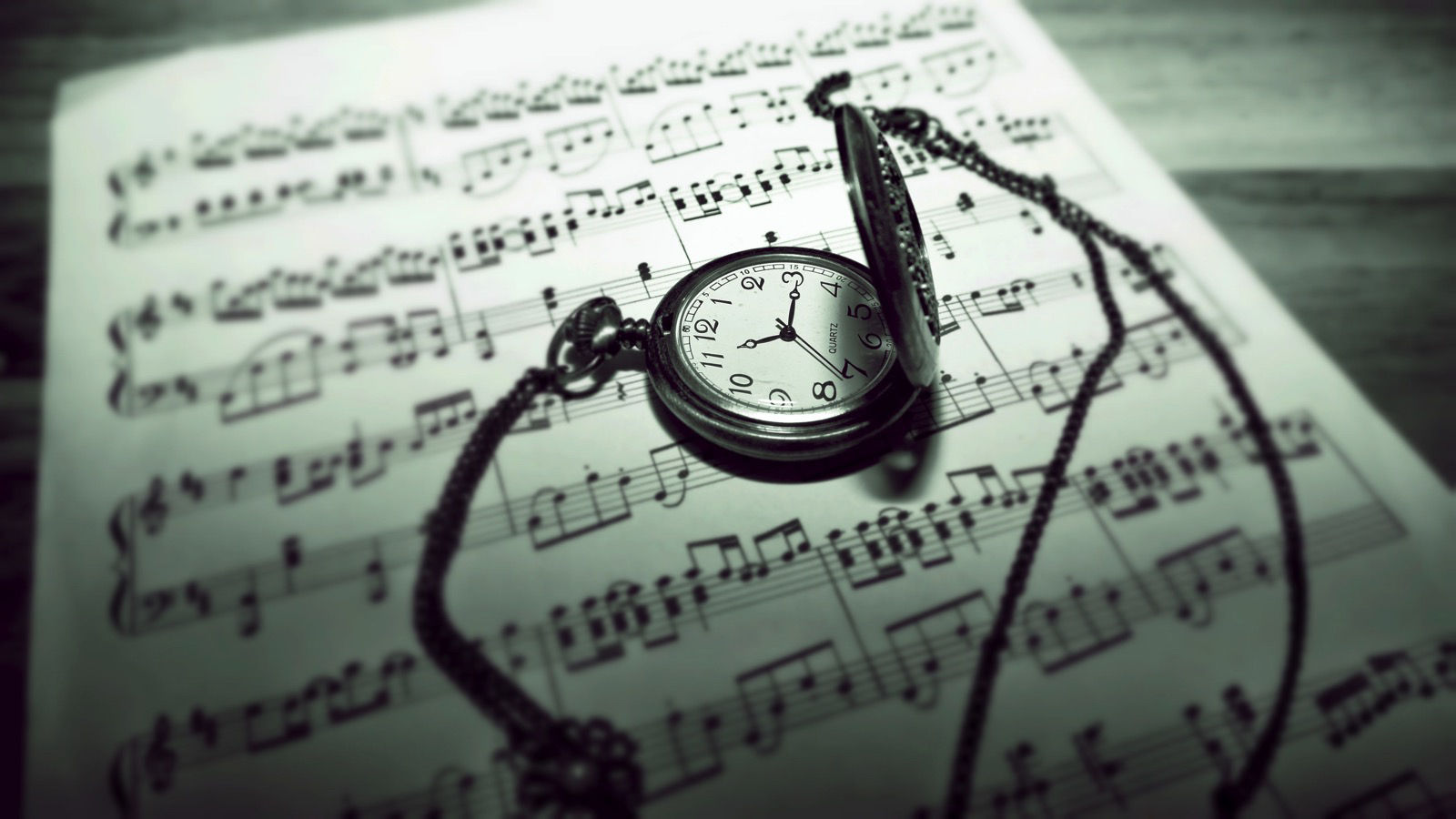 If you've followed our Time Signature series, you are probably a pro at using standard time signatures and lots of odd meters. But did you know you can mix-and-match any time signatures within your song?

This final chapter in the series will explore just that. We'll look at why you'd want to create meter changes, how they benefit various areas of your song, and how to implement them in your songwriting and music production.

Need a refresher? Here are the previous parts of our Time Signature series:

Say you have a line of lyrics that just doesn't seem to fit right in your measure, no matter how fast you try to sing it. Meter changes can help you with that. You could extend the measure by changing the meter in that one bar, turning it from a 4/4 bar into a temporary 6/4 bar. This would give you two extra beats to say the words you need to say in a comfortable way (song blocking can also help with that). Then, in the following measure, you could go back to your previous time signature, back to the comfortable groove.

Anticipation plays another role in why time signature changes are popular. Imagine you have a song written in 4/4 time, where you've established that each new phrase begins on beat one and lasts four bars. Your audience has come to expect that once you reach beat one in four beats, we'll hear the next phrase. What if suddenly they heard it happen early? This early arrival is exactly what draws people in.

To instill an element of surprise

Another reason to use meter changes is the element of surprise. Imagine having a steady beat that suddenly gets broken and a new one is introduced instead? This change is one you would definitely feel, and your audience would be intrigued by it, which would pull them closer into your song.

Finally, frequent and radical meter changes can create a lack of stability, or go as far as creating total rhythmic chaos, which may be exactly what your song needs. If you're Stravinsky, then this is a technique you use to create highly sophisticated rhythms.

Whether you're just getting started on your songwriting journey and looking to spice things up, or you're a time signature pro who's already proficient in writing songs in odd meters, subtle time signature changes can help you a lot. Let's take a look at how they are notated, so you can jump right into using them in your own songwriting!

How do you create a meter change?

Just like with time signatures that you place at the beginning of a song, meter changes also have a few ground rules that you have to understand and follow:

Now take a look at the notation example above. You can see that at the beginning of the piece I established a time signature of 4/4. However, in measure three, I create a meter change, altering the time signature to 3/4. As specified by rule number two above, this 3/4 would apply to measure 3, 4, 5, and every measure for the remainder of the song. Since I only want the 3/4 measure to take effect on one bar, in measure four I need to create another meter change that shifts us back into 4/4. Count the beat numbers in each bar (written out underneath) to see how the meter change affects how many beats each measure has and how that rhythm flows.

Now that you're empowered with the tools to create meter changes in your own songs, let's take a look at a few examples of the different places where you can apply meter changes.

Meter change at the end of sections

This is one of the more popular uses for meter changes. Check out Kacey Musgraves' "Biscuits" for a great example of that. The whole song is written in 4/4, however, at the end her verses she adds an extra two beats before going into the chorus. This type of extension (whether it's notated as a 6/4 bar or just an extra 2/2 bar) is a highly effective way to keep your audience hanging for when you're going to drop the chorus.

Alternately, try the opposite. Rather than adding beats, cut the last bar shorter. This will make the chorus or verse arrive sooner than expected. It's a great way to surprise your listeners by musically arriving early.

A great example of meter changes by section is Hozier's "Take Me To Church." The verses are written in 6/4, which then is changed to 4/4 in the choruses. You can feel that shift happen and it reels you in. The 4/4 grounds the chorus emotionally, which works perfectly for the song. Then we repeat the journey with another verse in 6/4 and return to the final choruses in 4/4. These changes help the song move forward and allow each section to sound unique and interesting.

Tori Kelly and Ed Sheeran also recorded a beautiful song with varying time signatures called "I Was Made For Loving You." In their case, the verses are in 4/4, whereas the choruses sit in 7/4.

Henry Jamison also released a neat track called "Gloria,” which includes some beautiful meter changes as you travel from section to section. The verse is written in 3/4, and the last measure of the verse introduces 4/4, which then gets carried through in the chorus that follows. It makes the chorus feel like a nice surprise that takes us somewhere new for its duration.

(On a side note, there's another hidden meter change in the choruses. Bonus points to you if you can figure out what it is).

Use cases for meter changes within phrases

You don't have to wait for a new section to introduce a meter change. Place them wherever you want to alter the flow and add interesting motion to your phrases.

Too many words to say and not enough time?

Sometimes, no matter how hard you try, you just can't get all the words in within the parameters of the groove. The two basic options aren't great. The first, add a whole measure, will give you the space to say what you need to say, but it will also leave empty space that you won't use. The second option isn't better: cut the lyrics.

So how can you get the best of both worlds? You guessed it, create a meter change. If all you need is just two extra beats to fit everything you want to say, add two beats. Need one? Or three? You can do it with a meter change.

Does your singer need time to breathe?

If you read my article on making your melodies memorable, you'll know that breathing is super important when it comes to creating great melodies that anybody can sing. So make sure your singers have the space to breathe. If your phrases are a little too packed together try adding a few beats here and there which will create the much-needed space for breathing.

Does the song have too much space?

Meter changes can also help you out when you're facing the opposite problem - that you've said all you wanted to say and you're still left with too much empty space. Try altering a few measures by removing beats to see if that helps the melody flow better.

Burt Bacharach combines both uses in "I Say A Little Prayer." The verses have a 2/4 extension which allows Aretha Franklin to breathe right before singing "I say a little prayer for you." The choruses, however, have a shortening, from 4/4 to 3/4 to get the melody to continue on without unnecessary breaks. You can visualize all of that on the sheet music.

S. Carey's "More I See" is made up of 4-bar phrases that include 2 measures of 4/4, 1 measure of 3/4, and 1 measure of 4/4. The fact that that third line is always cut short really gives the whole phrase a unique movement forward.

Give a listen to The Beatles' "Happiness Is A Warm Gun." The song starts with a verse in 4/4, which includes a few 2/4 measures that help move things along. The section ends with a 3/4 bar and then shifts into a nice 6/8. Then to go deeper, the song introduces yet another section which alternates between bars of 9/8 and 10/8! And The Beatles' aren't the only ones who change time signatures a lot. Dream Theater is known for a record-breaking 108 (!!!!!!) meter changes in their song "The Dance of Eternity."

Can you find more examples in your favorite artists?

Meter changes can be used creatively to enhance the flow of your melody. Whether you decide to use time signature changes for short temporary rhythmic alterations or to change the groove of an entire section, you now have all the tools at your disposal to create some incredibly interesting songs. I can't wait to hear what you create!