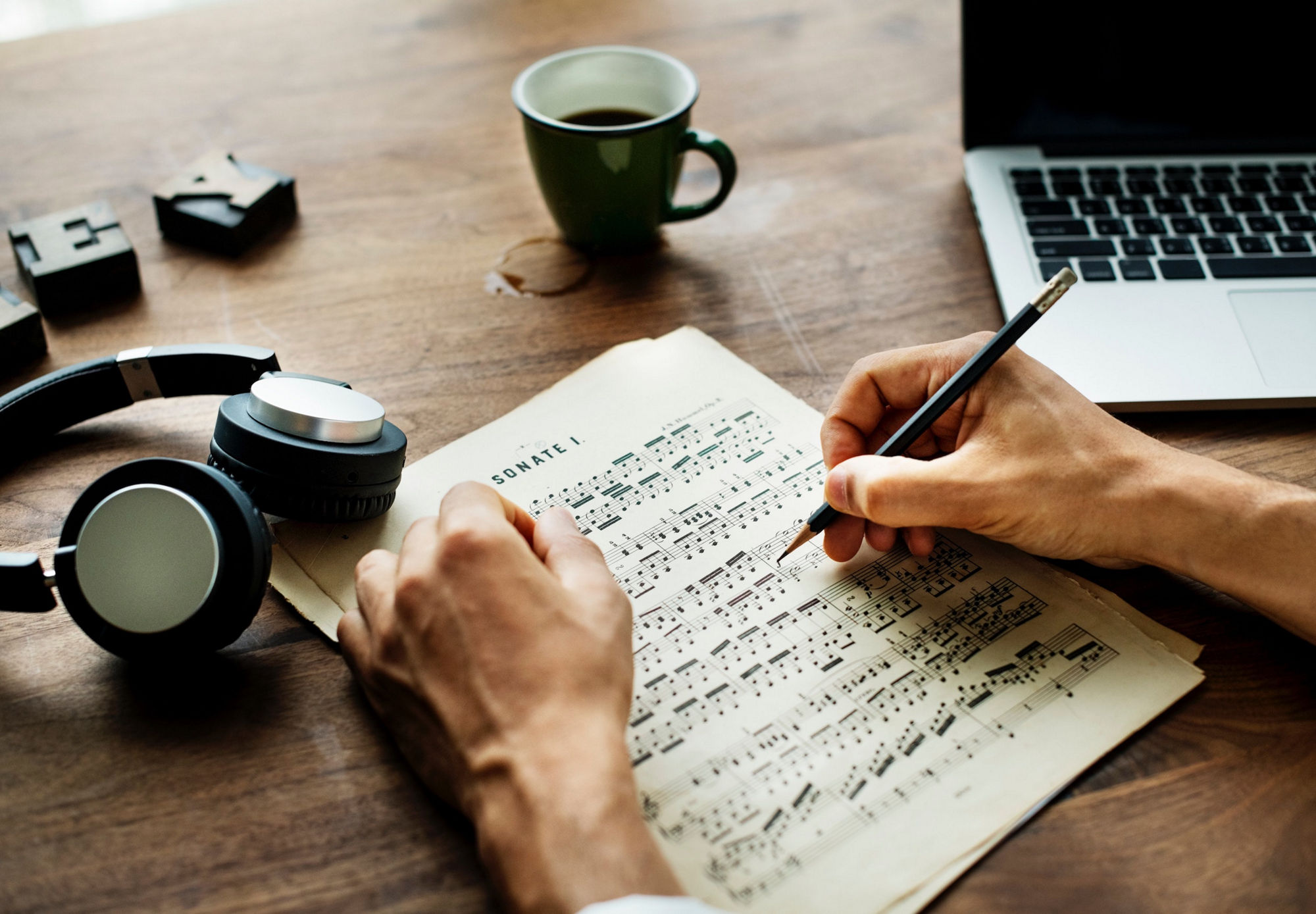 You've seen them everywhere—those strange numbers at the beginning of sheet music, oftentimes a four above another four—4/4. But what exactly are they? Can they help make you a better songwriter?

For more on this, check out the other parts of our Time Signatures series:

What is a time signature?

Let's start off by defining what meter is. A time signature (also called meter) is a way to determine the organization of beats in a measure (or bar). It's a way of categorizing how large the measure is and how many beats or pulses you can fit in it.

If you've ever moved, you'll know that one of the more important things to do when packing your home is distributing the weight evenly between the boxes. This makes for an easier moving process as each box will require the same amount of strength to be lifted and carried. This sort of consistency helps create a rhythm that's steady. The same applies to music. A steady meter means that each measure will be of equal duration, which will allow you to arrange the notes in a repetitive rhythmic pattern that's easy to follow.

Why are time signatures important?

A consistent time signature and rhythm are significant because thanks to them we are able to create steady and consistent beats—pulses. It is on these pulses that you tap your foot or clap your hands. So time signatures are essential in establishing a solid groove.

How to read/write time signatures

The great news is that reading and writing time signatures isn't difficult. Once you learn the basics, you'll be able to crack the code on even the most complex time signatures.

All time signatures consist of two numbers, one written above the other, like you see in the image below. When we write them in text, we notate them side by side with a slash in the middle, like 3/4). Let’s break down what these two numbers mean.

Let's take 3/4 (which is read as three-four) as an example. This time signature tells us that there are three beats in each bar (top number), with each beat being a quarter note in length (bottom number). To help you decipher the beat duration, think of that bottom number as being a fraction - 1/nth (the n being the bottom number), so in this case, 1/4th, which is the same as a quarter, so quarter note duration.

Here are the answers respectively:

2 beats in each bar, with each beat being a quarter note long

7 beats in each bar, with each beat being an eighth note in duration

4 beats in each measure, with each beat being a quarter note long

3 beats in each measure, with each beat being a half note in length

Which time signature is most popular?

4/4 is by far the most popular time signature in the world. From Michael Jackson’s “Black and White” to Owl City’s “When Can I See You Again,” you can find 4/4 almost everywhere. With four steady beats in each measure, it provides for a very stable rhythm. In fact, 4/4 is such a common time signature that it's also often notated simply as a “C” for Common Time.

Are all beats created equal?

Not really. Some beats are more important than others. In fact, do yourself a favor, speak out the following rhythm: 1-2-3-4-1-2-3-4. Odds are you accented each 1 more than you did the other numbers. The natural strong accents in 4/4 time land on the first and third beat of each measure (with the first being more accented). We call these beats the strong beats, whereas beats 2 and 4 are the weak beats, giving you ONE, two, Three, four, ONE, two, Three, four.

Every time signature will have a different organization of strong and weak beats. In 3/4 time, for example, the first beat will be accented (strong) whereas beats two and three will be weak. But the one thing that all time signatures will have in common is that the first beat is always the strongest one. As such, that first beat is going to have a little more weight to it. We call this first beat the “downbeat.” Use these natural strong and weak beats to help guide your melodic and rhythmic choices.

What do you put in each bar?

Think of each measure as being an empty parking garage. What you store in it is 100% up to you. Say you have a four-car garage. You could park four cars there. Or maybe two limos. Or one long truck. Or maybe you could do two cars and eight bikes. Or maybe you leave some spots empty. It's really up to you how you fill the space up, as long as you don't go over. Meaning, if you only have four spots to fill, you can't put five cars in there. It's just not possible.

All of this translates identically to measures in music. You can fill each measure up with notes of any size/duration to your liking, as long as they all fit within the limits of that measure's duration. Meaning, if you're in 4/4 time, you have to fill four quarter notes worth of space in each measure. You could accomplish that with any of the following:

And these are only a few of the options you have. But if each measure was filled with exactly the same notes, that would get boring pretty quick. Well, you're in luck, because you can fill each measure with a mixture of any of the above as long as they equal exactly four quarter notes, for example:

3 eighth notes, two sixteenth notes, and one half note

Both of these add up to four full quarter note beats. And these are just two of a million options, so your choices are really limitless.

The important thing to remember is that once you add up all the notes and rests in each measure, they have to equal the total amount of beats defined by that time signature. Meaning, in 4/4 time, every measure has to contain no more and no less than exactly four quarter notes worth of music. Whether you fill that space with notes or rests is up to you.

Honestly, almost everyone in modern music chooses 4/4 time. It's a steady beat pattern that anyone can follow. From Lady Gaga to Beyoncé, to Adele, to your beloved indie band, odds are, the majority of your favorite songs are in four-four. Here are but a few of the millions of examples:

Whitney Houston's "I Wanna Dance With Somebody"

If you open up any DAW (Logic Pro X, Pro Tools, Ableton Live...) your session will open up in 4/4 time by default so you can start writing in 4/4 right away. Most of the loops that are available on the market are also written in 4/4, so you have plenty to choose from when it comes to finding inspiration.

Tied for second place in the most popular time signatures competition are 3/4 and 12/8 time.

3/4 is a great time signature that's based on waltzes. Since by now you know how to read time signatures, you'll know that this one consists of three quarter note beats in each measure. As such, this creates a beautiful 1-2-3-1-2-3 rhythm sequence.

Aretha Franklin's "(You Make Me Feel Like) A Natural Woman"

Jackie DeShannon's "What The World Needs Now Is Love"

12/8 time is a slightly more complex one, but a very popular one regardless. Although the number twelve may seem scary, after all you're counting up to twelve eighth notes in each measure, think of this one as being four-four, but with eighth note triplets in each quarter note.

Michael Jackson's "The Way You Make Me Feel"

So many great songs have been written in these time signatures, it would be great for you to learn how to do it as well. In the next installments of this series, we'll dive into writing songs in 3/4 and 12/8 time.

Once you pick a time signature, do you have to stick to it?

Not at all! Introducing a new time signature is a great way to add an interesting twist to your song! We'll go over that in part three of this series, so keep your eyes out for that as well.