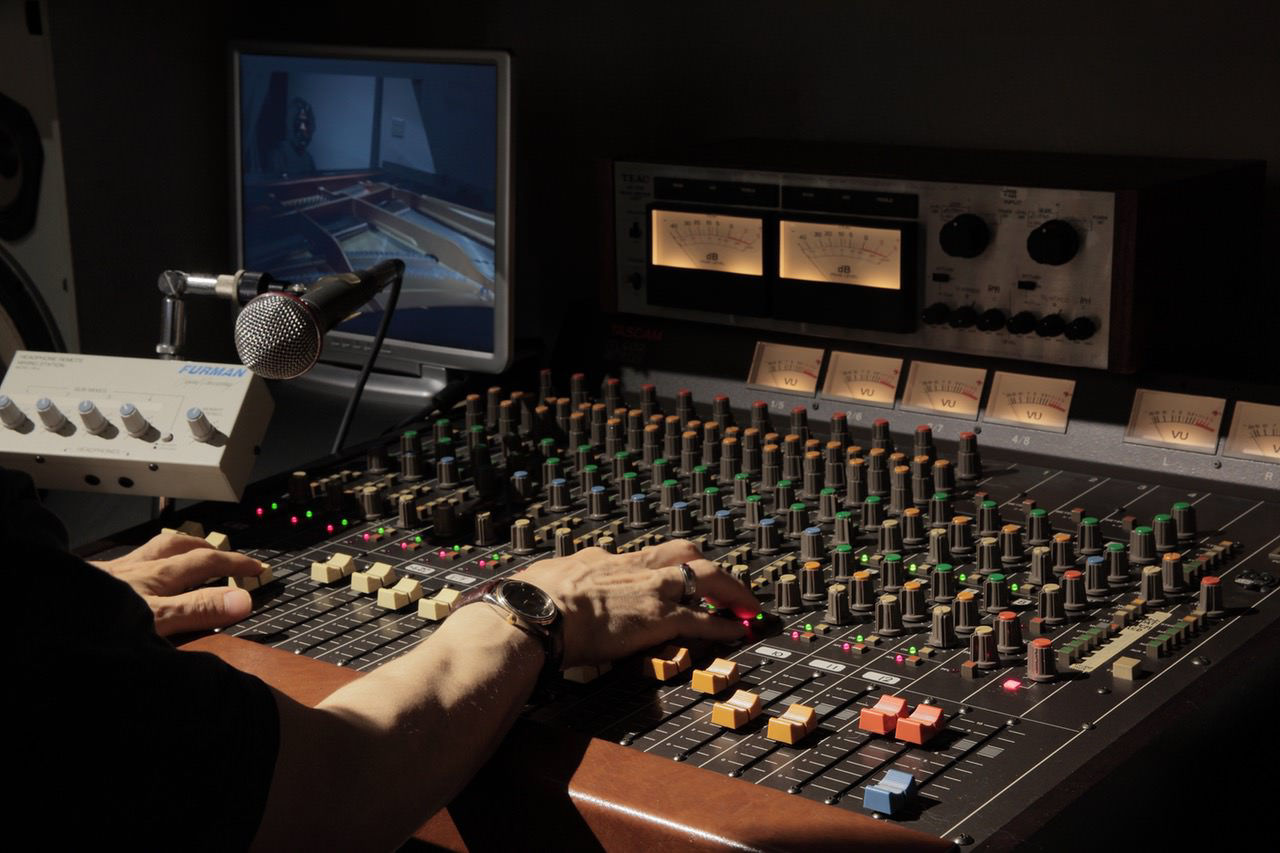 In March we wrote about five songs we think are brilliantly mixed and mastered. One was a disparate dance track, another an acoustic blues tune recorded in a bathroom hallway. We're continuing the Reference Tracks series with five new picks to learn from when you’re mixing and mastering.

One of the bands to blow my mind at Austin Psych Fest (now known as Levitation Festival) was an experimental French disco duo called Zombie Zombie. Their crazy cover Sun Ra’s “Rocket Number 9" fuses live drums and saxophone with massive synths and hypnotic, robotic vocals. While the drums glue everything together in the background and don’t get in the way of the synths or vocals, their transients stand out nice and crisp in a way that makes you appreciate their humanizing effect. The repetitive vocal hook weaves seamlessly in and out between a powerful—but not overwhelming—bass synth, until the sax kicks in as the main melodic element.

Through the whole production, this song is a study in balance. It starts simply, hypnotically. Each time, through the mantra, a new voice is added, and at it’s height you have a very full arrangement. You can pick out any element in the mix, but the mix is in perfect proportion. It’s got deep bass, deep reverb, clarity, and presence.

This was mixed by one of the greatest mix engineers I ever had the pleasure of working with—oh, and this was all done in “digital” before that was in vogue. Sit back, let time slow down, and get lost in the soundstage.

3. “Gimme Shelter” by The Rolling Stones

I absolutely love the engineering on "Gimme Shelter" because it’s steeped in rich rock lore, the heat of Vietnam War era frustrations, and the deep, collaborative musicianship of a late 1960s recording studio. And tape saturation…all the tape saturation.

An of-the-moment idea to add female vocals prompted a call to a pregnant Merry Clayton well after midnight. She did three takes, her vocals cracking in the recording as she sings with progressively more intensity. At 3:04, you can even hear Mick Jagger yell “WHOO!” in response to the take.

Recording this today, many would be tempted to “fix” the take by tuning the vocal, removing Mick’s holler, or re-recording the take. To me, however, it’s a perfectly imperfect moment captured exactly as it was the night of recording in 1969. Sometimes the seemingly small decisions we make in a production can make a record, even if the decision showcases how unpolished we really are.

4. “I Courted A Sailor” by Kate Rusby

I chose this on account of it checking every box: fantastic songwriting, arrangement, performance, recording, mixing, and mastering. The entire album (Little Lights), and especially this song, are exemplary examples of sonic delight. On a personal note, English folk music reminds me of home, of the music I grew up listening to, and I think sentimental value far exceeds any other measure of a song/mix/master’s subjective qualities. But since we’re here to talk about the mix...

The vocal performance commands attention from the get-go. Kate Rusby has a beautiful, pure voice, and it’s been recorded and presented well in the mix. This is no mean feat…there are layers of guitar (in various tunings), bouzouki, banjo, and upright bass. Such instruments can easily interfere with the presence of a vocal, competing for the same areas of the frequency and energy spectra. It sounds as if having the vocal dead-center and wide-panning a few of the guitar layers is one of the secrets here, although there’s also masterful control of the transient attack of the instruments supporting the vocal.

I also love the way the musicians, and the way they’re mixed, weave melodic lines in and out as the song progresses. The whistle in particular pokes through to take the lead, with a bright, piercing sound, and then ducks back inside the mix to take on a softer, supporting role. I can’t say whether this was the performance in front of the mix or EQ’d within the mix afterwards.

Lastly, I’m always impressed when a mix/master manages to sound this natural and organic. To record acoustic instruments, which the human ear is finely attuned to, and in particular folk music, which has been growing and evolving for many thousands of years, and to do it in such a way that listeners can close their eyes and be transported to the very room(s) the musicians are performing in, is a great achievement.

5. “One Armed Bandit” by Jaga Jazzist

Jaga Jazzist is a nine-piece ensemble from Norway. The composer, Lars Horntveth, expertly develops the musical themes, using complex layering, ornamentation, and careful sound design. The instrumentation of this group plays a huge role in allowing all of these layers to fit cohesively with one another. Throughout the track, you can easily pick out a multitude of sounds occupying their own space, or sounds that purposefully share a space to create entirely new textures. While there are so many sounds happening at once, the mix still allows for certain instruments to enter the foreground.

Given the density of instruments and layers in this track, a mix this clean wouldn't be possible without such a calculated and purposeful arrangement. In other words, consider that the mix might not be working because you have six bass guitars playing at once in the lower register, and not because you can't find the best EQ curves (unless of course your band is called Six Pack of Bass and that's your thing).

In the opening of this track, you'll notice the bass guitar is doubled with a bass clarinet. Even though they are both bass instruments, the harmonics of the bass clarinet emphasize and dirty the otherwise clean bass guitar fundamental. This allows the part to cut through the mix in a more powerful way (especially on smaller speakers), rather than muddying up the low end. Also, listen to how different instruments enter and exit to support the motifs. This allows specific musical ideas to be highlighted to the listener without having to rely on mix techniques alone. Having said that, John McEntire has a few tricks up his sleeve when it comes to mixing that really give this recording the vigor it deserves. John McEntire is best known for his work with Tortoise, Stereolab, and The Sea and Cake, and his style definitely pulls through on this recording.