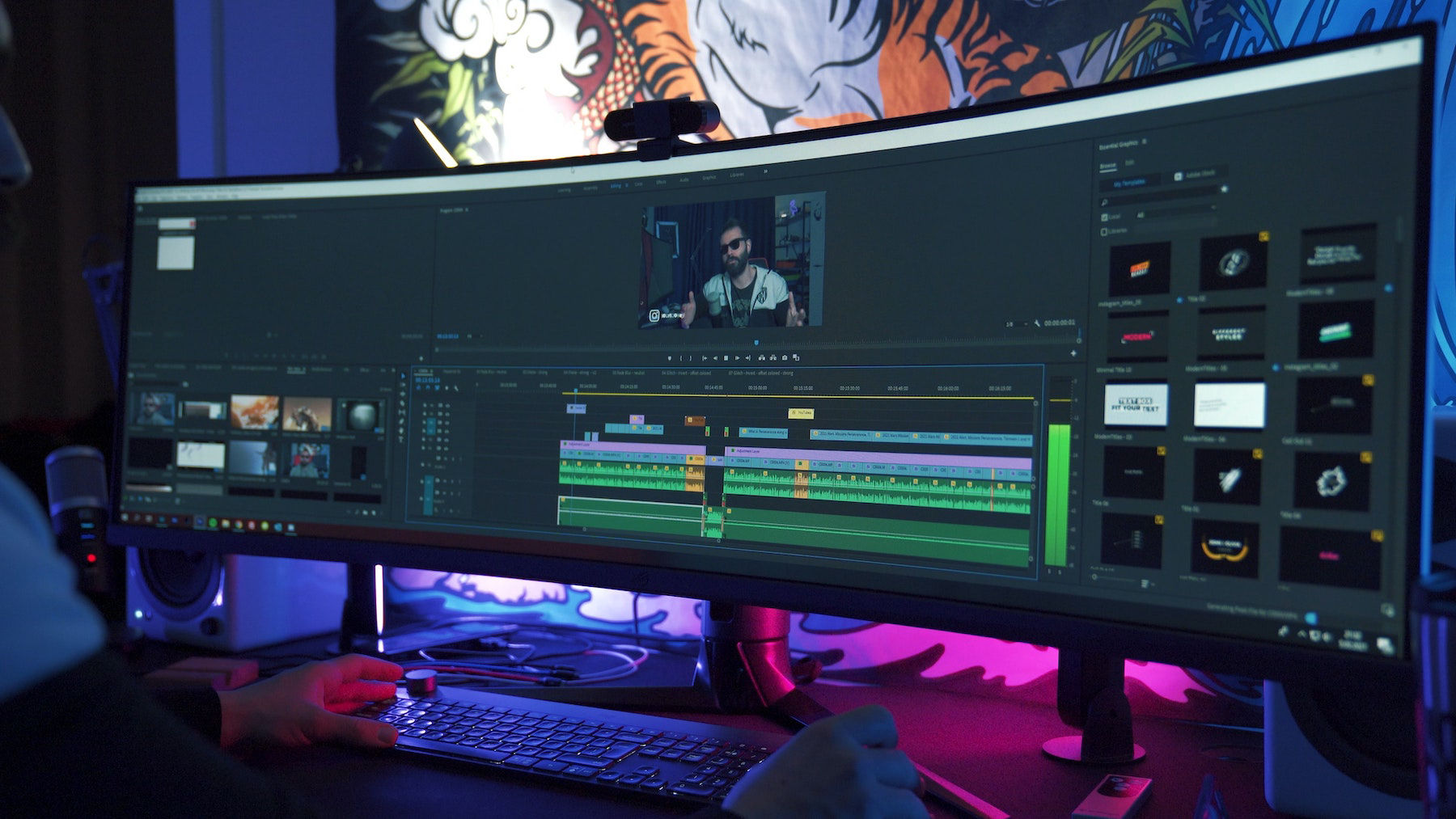 In Part 1 of the “Mixing Audio for Video” series, we talked about the basics processes of audio post-production for video and film. In Part 2, we dig into the details of how the scope, roles, and workflow compare, depending on the type of project you will be working on. This will either help demystify the gig, or send you running back to the studio to recalibrate your framistat. (Ed. note—there is no such thing as a “framistat”, we checked.)

Depending on the scale of the production, whether or not the show is 30 or 60 minutes, and if it’s a network series or a webcast show, the amount of time to finish audio post for a single episode of a TV show can range from a full day to a full week to get all aspects of the soundtrack in order and mixed.

If you’re producing for a commercial TV network or cable entity, you’re really talking about 21 or 43 minutes of actual program out of a 30 or 60 minute broadcast. That gives stations 9 or 17 minutes per show to make money running the commercials that drive us crazy. More on commercials in a moment.

I was on the ADR team for the CBS show Northern Exposure for several years, and we spent upwards of 20 hours per show just working on dialogue replacement (ADR) and editing. Budgets have shrunk along with production timelines recently, so most shows are in that one week or under timeframe.

Occasionally there will be one engineer to command all aspects of finishing a TV soundtrack, but more often there will be separate engineers to handle dialogue, SFX, music editing, and the final mix. You may get a spotting session with the director or producer, but frequently you will get a list of items that require attention, including music editing notes, SFX notes, and dialogue notes for everything that needs tweaking.

According to Doug Mountain, Supervising Sound Editor for Warner Brothers Post Production Services, he can spend as much as 20 hours just scrubbing unwanted noise from dialogue recordings for every episode of a show like Walking Dead. “In a post-apocalyptic world,” he says, “there are no airplanes, freeways, or cell phones, so in order to make the scenes more believable in this context, all sounds of modern life (accidentally captured with dialogue) must go.” Doug’s team uses RX for this detailed sonic surgery, and have devised new workflows to keep editing time to a minimum.

A current trend in LA production circles is to have a small group of freelance audio engineers split up the tasks and assemble all components at the time of the mix. Freelancers can work on several TV shows at a time, usually in personal studios or communal production facilities. 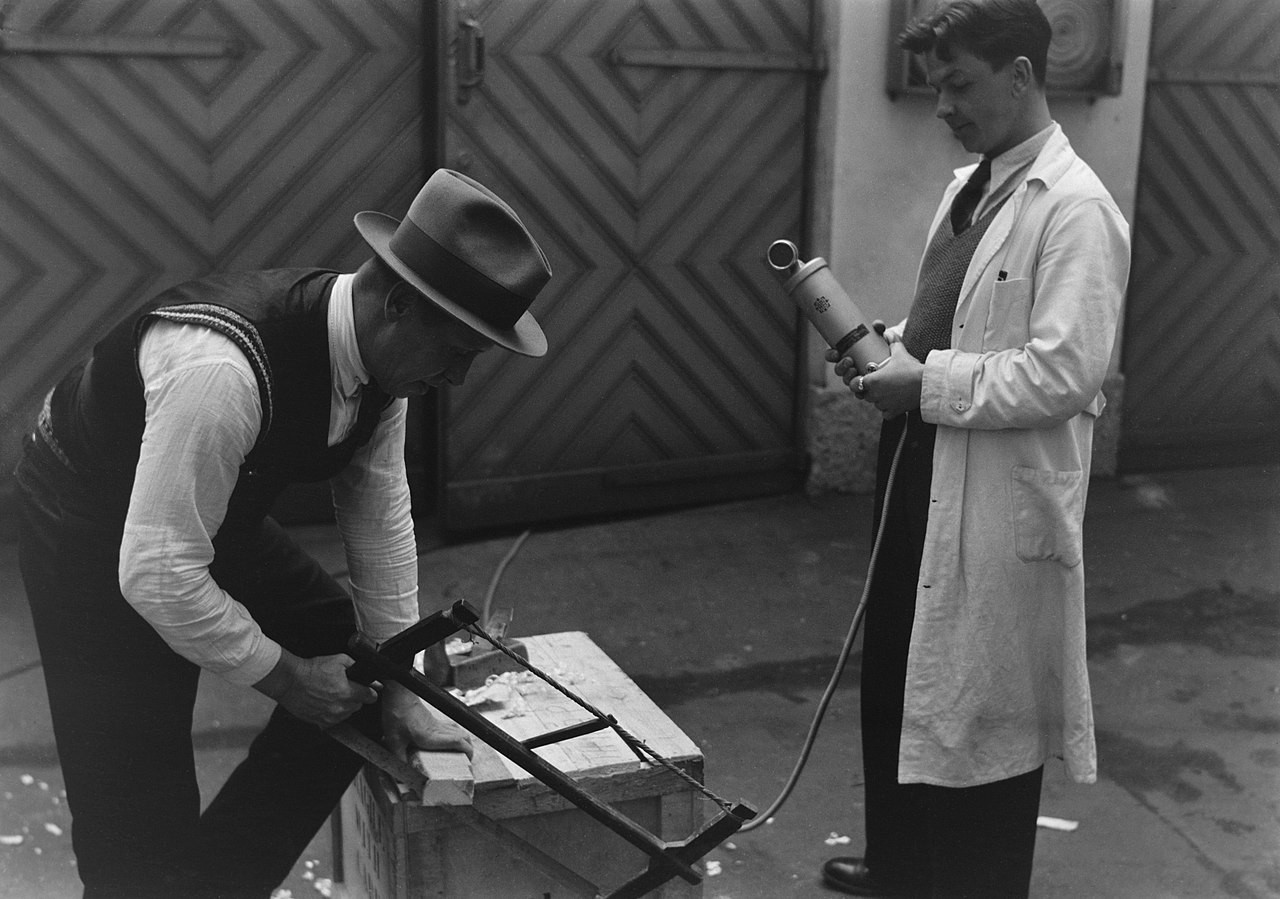 A man recording the sound of a saw in the 1930s

Film audio work employs a wide range of workflow options depending mainly on budget. Hollywood features have large budgets, large audio teams, and many months to assemble all of the audio elements needed for a feature soundtrack. Low to no budget films may have a tiny production team, a single audio person to do all of the audio post, and a very short turn-around time due to budget constraints. We will address independent films for the purpose of this discussion, since most major studio films have a staff of audio engineers in-house to handle production.

On long-form projects, again, I usually figure on one hour per finished minute of film to work on sound. It’s advantageous to get in on a pre-production meeting with the director and producer before production begins. New directors may be unfamiliar with the pre-pro process and may not consider audio needs until their edit is complete. This can result in their having spent all of the budget before getting to the audio mix, a situation to be avoided if possible.

As with TV production, audio post for film breaks down into these tasks:

The time each of these tasks will take is entirely dependent on the genre of the film (sci-fi, action, and horror = MANY sound effects), the quality of the production sound recordings, and the relative experience of the director. Not to mention the clarity of vision for the soundtrack.

Commercial work has changed quite a bit since the glory days of Joe Pytka and the bottomless budgets of the 1980s and 1990s. His notable work for Pepsi, Nike, and Michael Jackson still stands as a testament to the “mini movie.” That’s not to say that advertisers don’t spend money on commercials; just watch a Super Bowl game to see how TV commercials have evolved into a highly anticipated multi-million dollar art form. Ok, maybe “art form” is too strong a term. Still, ad agencies spend loads of time and money obsessing over minute details in sound and visuals, and create short (or very short) films designed to educate, scintillate, titillate, or even provoke a mass TV audience to take action.

One of my favorite VO announcer guys, the late, great Phil Harper, used to freak out national ad agency clients between takes with his infamous “get some of this sh*t NOW!” version of their script. Priceless. But I digress.

One of the challenges in producing TV commercials is that producers with a budget of $500 are on the air competing with commercials that cost literally millions of dollars. Compare the production values in a major market commercial for, say Progressive Insurance, to a commercial for a local car dealer. “We won’t be undersold!”—while not ironic—is not exactly poetry, Flo.

I’ve done post for TV commercials in an hour, and I’ve revised some commercials for weeks at a time. It all depends on budget. The process usually works like this:

Commercial audio post can be lucrative, but it is high-pressure work with very tight turnaround times. Every major city has at least one audio post studio commanding top dollar for their expertise. This is where you will find most of the experienced and successful engineers in the commercial post sphere. 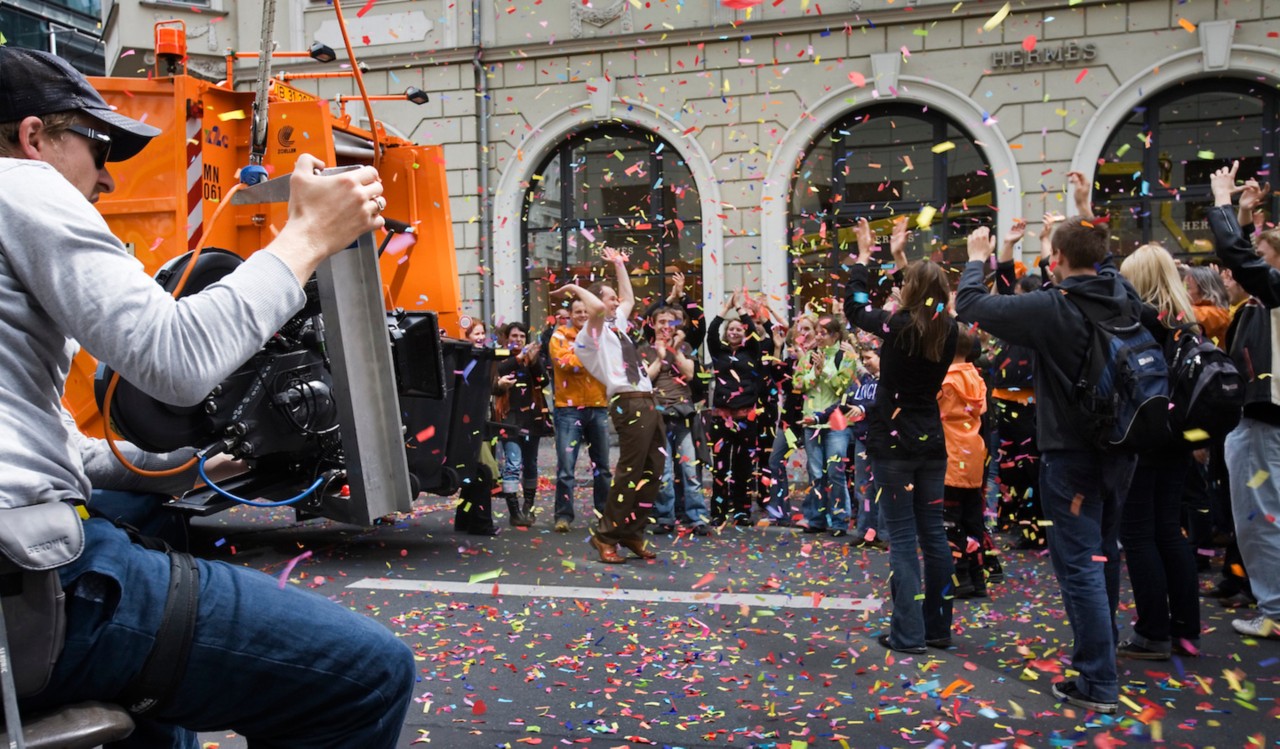 Many medium to large companies produce video content for clients, employees, shareholders, and the general public. There is a very large software company near me that generates over 2,000 videos a year just for internal consumption; mainly for use in training and convention applications. Where these projects used to be outsourced to local recording studios for audio post, the big companies are now staffing their own audio departments (at best) or having their in-house video editors mix the audio (often at worst).

Audio engineers will see quite a range of quality in these corporate productions, from highly professional teams doing excellent work, to freelance vloggers using their cell phone cameras while holding up a lavalier mic to capture audio from interviewees in the middle of a crowd of 5,000 people. True story. These are the projects that really test your ability to polish that 💩.

Corporate production teams are usually given a small budget, but are expected to turn out high quality end results. This is where they look to the audio team to provide a professional sounding mix to help sell their concept. Communication with the production team is key to making this work, so that you know what to expect when a client books two hours of post to mix a 70 minute project. It can be done! But you really need to be on top of the workflow and have all the right tools in place.

Priorities get simplified in a mix of this type; dialogue is always king. If it’s too quiet or too noisy, we have to fix it, usually on the fly with little time for fine tuning. Same if the sound is distorted, has clothes rustling sounds, or there’s a DJ right behind the interviewer. We’ll talk more about tools and process in the next installment of this series, but for now, I’ll just say that RX has some amazing tools to rescue audio that would be otherwise unusable.

Music. I like to mix the music so that you can actually hear it, and it’s important to balance music with the dialogue do you don’t miss the message. EQ and compression is helpful here in order to avoid having to do an automation pass to accomplish your ducks and dives in volume. There are some interesting tricks for handling dynamics, we’ll explore these in the next episode.

SFX. Occasionally you will encounter sound effects in corporate video work, usually swooshes to accent scene changes or on-screen graphics. It’s helpful to have a library of these things handy in case the producer wants to liven up the soundtrack.

These three elements dialog, music, and SFX, should each have their own submaster with dynamic range control. This way you can control a mix with as few as three faders, rather than fader-per-channel mixing. The submasters will feed a master bus, which will feed a receiving audio track on which to record the mix incrementally in real time. The technique—get your sounds and basic balances, then start recording the master mix from the top of the show. Keep mixing/recording in real time until you encounter a noise or other anomaly that requires attention. Stop, fix the problem, back up a few seconds and continue recording. This is how you mix a 70 minute show in two hours.

I recently mixed such a long piece, and was working on de-breathing the dialogue track 10 seconds ahead of the playhead…while recording the master. Whatever it takes to get it done correctly and on time, right?

While many of these video soundtracks contain the same elements needing the same attention, you will approach the workflow for each type of project a little differently, depending on the director/producer/agency, the length of the piece, and the budget. Try to get involved in the planning (pre-pro) process as soon as possible in order to lock in details and budgets.

Start watching and listening to the work of your peers; any Apple promotional videos, the TV commercials from the last Super Bowl telecast, an episode of Stranger Things or Walking Dead. Get a feel for what the pros are doing and how their mixes sound. Who knows, your next gig might be working for some giant company with regular hours and benefits!

Join us for the next edition of this series coming soon, we’ll be talking about the tools of the trade and how to take control of the myriad elements of the modern post-production mix. In stereo and 5.1, no less. Maybe even immersive, but that gives me a headache just thinking about how to deliver a final mix. See you soon!