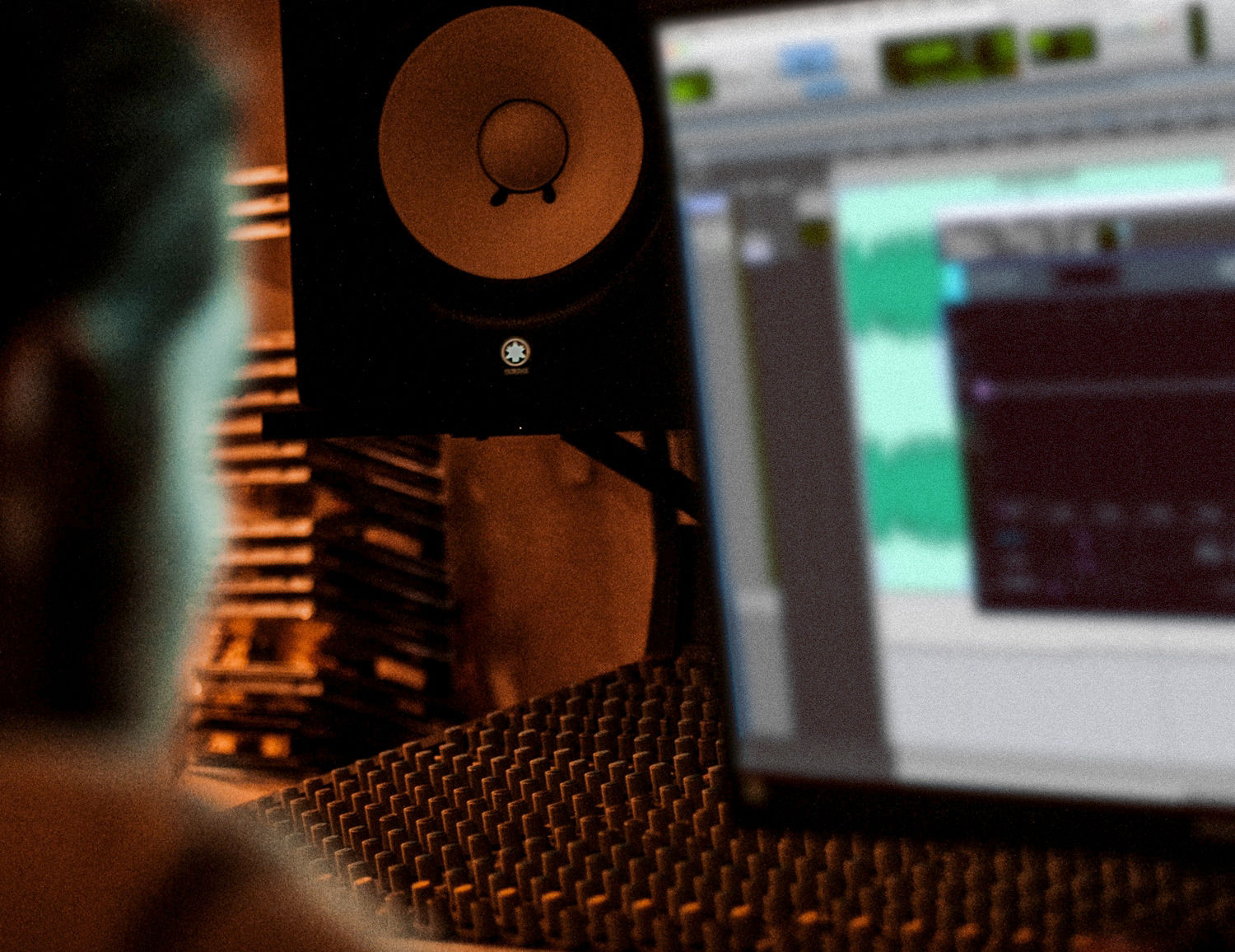 Automation isn't just for mixing engineers. Neither is automation strictly limited to volume rides. Whether you're working in the analog or digital world—or relying on a hybrid audio mastering setup—there are a handful of circumstances where time-based adjustments on your mastering chain can help you achieve your desired results. Let's look into a few practical examples of automation being used in recent mastering sessions.

Before digging into a few examples, how does one exactly define what mastering automation is in the first place? And how does it compare to automating in the mix stage?

Automation in mastering versus mixing is not that much different. You’re still setting a predetermined time-based adjustment on your parameter of choice using a DAW—whether it’s volume rides, EQ, compression threshold adjustments, etc. The actual method for setting your automations might vary depending on your DAW, but the principle remains the same.

However, one detail that sets mastering automations apart is scale. In contrast to mixers, mastering engineers have to work within a significantly limited amount of headroom. Therefore, adjustments are done in much smaller increments. Mix sessions could have automation rides spanning 5–10 dB or more. In mastering, 1 dB of change could already yield drastic effects. Therefore, a critical, thoughtful ear is key when utilizing automation in mastering.

Why automate in mastering?

Before we get to this question, it’s important to distinguish our DAW automations from what is called “automated decision-making.” In fact, they’re quite the opposite.

We use our DAW to set pre-determined rides when we automate. And these parameters are only locked in after rounds of listening and testing. Critical thinking is a crucial part of automations. This is in contrast to “automated decision-making” where you take out the human from the equation—letting technology analyze and make the adjustments for you instead. That’s not what we’re discussing here today.

So why automate in the mastering stage? With the limited range of a mastering engineer’s work environment, subtle adjustments could be all it takes to achieve that final sound. However, there are a few occasions where a fixed mastering setting might not be enough to account for all the nuances in a musical performance.

Some genres might require more attention than others. An EDM track might have drops that sound distinctly different from its verses or your desired settings for a dynamic power ballad might begin to distort by the time the climactic section comes in. Those are a few situations where automations might come into play. 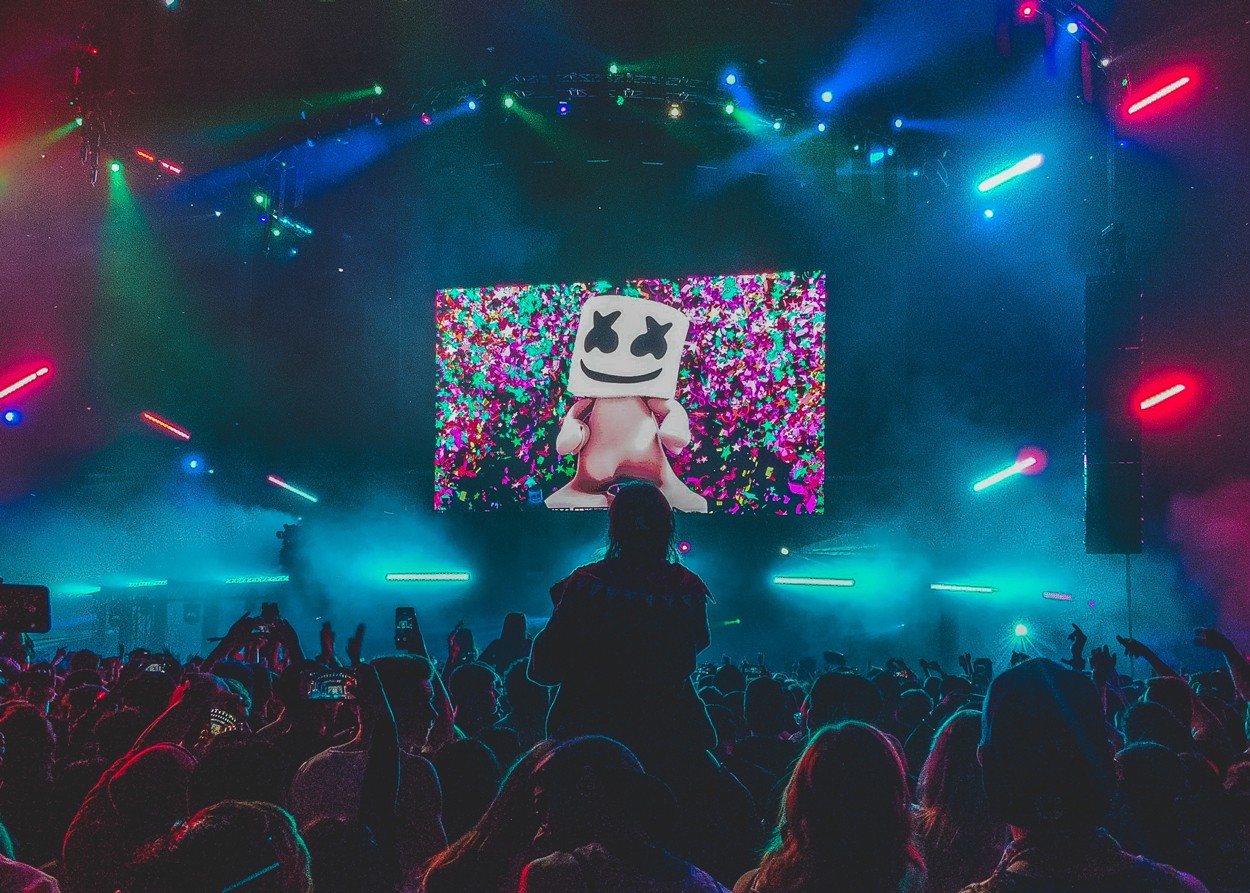 An EDM track might have drops that sound distinctly different from its verses. Mastering automations could help address challenges such as this.

It’s important to note that automation is not a new “secret sauce” technique in the mastering world. In fact, it’s been around even before the advent of digital audio workstations, albeit in a different form. In my early days prior to The Bakery, I used to be part of The Mastering Lab as Doug Sax’s right-hand man (woman). Working with Doug, mastering and vinyl cutting could be done purely analog from the tape machine straight to the console. Any EQ and compression settings were recorded on a recall sheet—purely pencil and paper.

On some rare occasions, some mixes could require different treatments at various points in the music. To handle this, one option was to print different mastering passes and then splice in each section to produce the final product. The other option was to do mastering rides on-the-fly as you printed the master.

You could describe the latter as a form of automation. Doug and I would mark down the actual times on our recall sheet when any volume, EQ or compression ride would take place throughout a song. And when it’s time, we would slowly ride the knobs to taste while the master was printing.

Below are examples of recent mastering sessions where I relied on the automation of some Ozone 8 settings to achieve my final mastered sound. From what you’ll hear below, you’ll notice that a little definitely goes a long way.

Recorded and Mixed by: Josh Alba (Fort Worth, TX)

This song, in particular, has a very dynamic quality to it. The goal as the mastering engineer is to make sure not to lose this dynamic feel and that the progression of the music is present throughout until the grand ending. You also have to take into account certain elements in the production that might interfere with the build-up as you dial in your mastering settings.

In Ashla Jaye’s "Redemption," a low-end synth comes in by the second chorus. Though it has a distinct boomy character from 80 Hz and below, it only ever-so-slightly overwhelms and distorts at certain points of the musical performance. To address these points without compromising my overall settings, I decided to automate my Ozone 8 EQ.

Below is a clip of the audio and a screenshot of my mastering settings enabled but without my automation on the low frequency. At around 10 seconds in the clip, you’ll notice how the low-end build-up from the synth overwhelmed the rest of the mix and caused some slight distortion. To enable automation on Ozone 8, click the Auto button (as seen on the screenshot above). This will launch Ozone 8’s Plug-in Automation window. For this mastering session, I wanted to automate the gain on my Band 1 low shelf EQ settings. To do that, I selected “EQ: St/M/L Gain 1” from the left panel. This enables the automation function on the gain of my low shelf EQ. Once enabled, I used the Pro Tools pencil tool to indicate the times where I wanted the low shelf EQ automation to take place. I found that sculpting out 1.5 dB more of low shelf EQ around the 80 Hz range helped control the synth build-up without taking away its warmth and body. Having gradual automation beginning at the second chorus, which then slowly tapers off during the bridge helped maintain a natural sound throughout.

Here’s the same audio clip of the Redemption master with automation enabled.

Here is another example of applying subtle automation on the low shelf EQ but in an opposite scenario. Poetic Thrust's "PSA" is a hip-hop track which features an array of organic ambient and percussive elements, coupled with a persistent low-frequency drone that drives the song’s vibe.

One of my objectives while mastering this track was to make sure that the frequency spectrum of the music is balanced from the drone all the way to the crispy percussive instruments. I found that a -1dB low shelf EQ down at 25 Hz helped achieve a strong punchy low end while allowing the rest of the mix elements to breathe in the master.

One byproduct of this setting, however, is that by the time the climactic section comes in, the frequency balance begins to change—the vocals become denser and all the instruments come together into one energetic finish. By this point, my initial EQ settings aren’t ideal for showcasing the size and depth of this climactic ending.

Here is the audio clip and EQ screenshot prior to automation. Beginning at the 11-second mark, you’ll hear the mid-range and top end of the track become fuller with the bottom end not sounding as balanced in relation.

To adapt and make sure that the climactic section gets the full energetic sound it deserves, I enabled the gain automation on my Band 1 low shelf EQ once again to gradually remove itself from the chain by the time the climax begins.

Below is a screenshot of the subtle EQ gain ride from -1.2 dB to 0. By taking out the low shelf EQ, the overall frequency spectrum of the ending section sounds more balanced and we hear the articulation from the low-end drone once again. Listen to the clip with this low end EQ automation enabled.

Controlling distortion in a dynamic album

Album: First to the Moon: The Journey of Apollo 8 (OST)

First to the Moon Original Soundtrack by Alexander Bornstein

Film scores are known for their sweeping orchestral cues and wide dynamic range. Alexander Borsntein’s soundtrack to the documentary First to the Moon: The Journey of Apollo 8 not only possesses these qualities but it also features electronic elements that serve the documentary’s space exploration theme.

As the mastering engineer, my goal was to ensure that none of these qualities ever get lost during the mastering stage. That despite consumer playback’s limited headroom, we still get to hear the delicate nuances and depth that define this soundtrack.

To achieve that requires a thoughtful configuration of our analog console’s signal chain and the occasional level rides only when necessary. Rarely do we include a compression in the chain as it’s important to keep the natural dynamics of the score intact. Retaining these dynamics, however, opens the door to more potential distortions in the master.

Listen to a clip of one of the soundtrack cues below and you’ll notice the distortion in :07.

This type of distortion occurred quite often throughout the soundtrack, though not on all loud, dynamic sections. To address this without affecting the entire mastering chain and the overall dynamics, I added Ozone 8’s Vintage Compressor in the chain. However, the threshold is set to “0” by default and automated to only latch on when a dynamic section begins to distort.

With the vintage compressor selected and set to taste using Ozone 8, I loaded the Plug-in Automation window to enable automation on the compressor’s threshold (see the screenshot below) Once enabled, I used Pro Tools’ pencil tool to automate the threshold so that the compressor is only activated during the point of distortion. Once the distortion has been tamed, the threshold is brought back to “0,” therefore letting the music’s natural dynamics breathe as intended without any compression. Listen to the same audio clip with the vintage compressor threshold automation enabled only at the distorting section.

Limitations of automation & alternatives in mastering

Despite the many possibilities you have with automation, it does have its limitations. For one, when a track requires a drastically different treatment in certain sections, automations alone simply won’t cut it. Certain automations may cause audible drop-outs when switching between different plug-in states—the “plug-in bypass” function is notorious for this. Furthermore, depending on the session, the process itself of setting up automations can be a tiresome, trivial procedure that could distract from a mastering engineer’s natural workflow.

One alternative to automations is creating multiple mastering passes instead, each with its own set of mastering parameters. After printing, you then splice together these audio clips using your mastering DAW in order to come up with the final mastered sound. This allows for more creative freedom when mastering each section of a musical performance.

Another solution is object-based processing. For example, when controlling distortion in a highly dynamic album, you can instead reach for iZotope RX 7’s De-clip module to treat these distortion spots without tampering with the overall sonics of your master.

While automation is a powerful and musical tool to add to your mastering arsenal, now is also a good time to remind yourself that critical listening and intent are key. It’s easy to fall trap into relying on certain techniques as a crutch, much to the expense of your masters’ fidelity. Many times just from listening, you’ll quickly discover that a nuanced setting across the board is all you’ll really need to achieve your desired sound. However, you’re at least aware that there are available tools at your disposal that allows you to address specific audio mastering challenges when absolutely necessary.