Besides your listening environment and metering tools, reference tracks are just as essential to helping you navigate a mix session—whether you’re mixing your own production, or you’re collaborating with an artist/producer as you mix their record. Music is an artform, first and foremost, and there may be nuances in the production that can get lost if we only relied on numerical values & metering. In some cases, mixing reference tracks can help us paint a clearer picture of the precise aesthetic we’re aiming for.

In this article, we go through four examples of popular mixing reference tracks and why each of them are uniquely effective. We also provide you with downloadable Tonal Balance Control presets so you can incorporate each of these reference tracks into your own mix sessions.

Though references in mixing and mastering tend to overlap, it’s important to distinguish between using a reference track for either mixing or mastering purposes. Mastering tends to focus more on a big picture-perspective, so the approach with references leans towards the overall sound (e.g. tonal balance, crest factor, loudness, etc.).

When it comes to mastering, you can learn about how to use reference tracks in a mastering session, and you can listen to examples of popular mastering reference tracks from this article “17 Great-Sounding Masters According to Industry Pros” as well as, “5 Songs that Are Brilliantly Mixed and Mastered.”

In the mixing stage, however—where you have full control over every individual element in the production—there’s a more liberal/creative approach towards choosing reference tracks. Every element of a record can be used as a point of reference. There are many different reasons why a record works as a mixing reference, and we discuss a few of them below with the help of award-winning mix engineers Bryan Cook, Jeff Jackson, Ali “AMAC” McGuire, and Alvin Wee.

Do keep in mind that all of these reference tracks—and any you’re likely to find on your favorite streaming platform—have been mastered. While they still have many qualities worth referencing, one quality you should not chase at the mix stage is level. It’s often a good idea to turn references down to match your mix level. This allows you to make a fair comparison while still leaving plenty of headroom.

Mix references are often used to make sure your mix sounds sonically competitive against many of today’s top hits. Trends in mainstream music evolve over the years so keeping abreast of the polished sound of chart-toppers helps ensure that your mix decisions sound current and commercially viable. Mix engineer Jeff Jackson was part of the team behind Charlie Puth’s “Attention,” and he still goes back to this track to reference many of his current mix sessions. My favorite record to use as a reference track is Charlie Puth’s “Attention.” The vocal mix sounds expensive. The energy of the drum and bass is impactful and felt, while the music provides a lush stereo image. When I play my mix up against this song I know how close I am to the finish line, making it an effective reference track. - Jeff Jackson One of the things that sets mix references apart from mastering is the more hyper-focused approach you can take while at the mixing stage. Depending on the specific needs of the production, reference tracks can help paint a clearer picture of what you’re precisely aiming to achieve in mixing—whether it’s the punchiness of the kick drum, how wet the reverb is, or a specific vocal treatment, just to name a few. Hiphop/pop mixer Ali “AMAC” McGuire chooses “Rockstar” by Post Malone feat. 21 Savage as one of her go-to references for various reasons, one of them being the excellent treatment of two contrasting vocal performances. 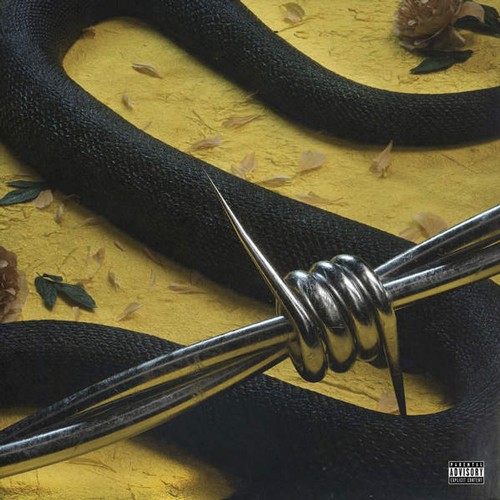 My favorite hip hop song reference is Rockstar by Post Malone ft 21 Savage. I love to use this record because it's an 8-week number 1 record and isn't that what we are all aiming for? It has two very different artists on it—a smoother, cleaner voice in Post Malone and a raspier, dirtier voice in 21 Savage so you're able to use it for multiple different artists. It maintains a smoothness in the mix throughout that I love but still has a saturation that makes it gritty. Everything is balanced really well and it has really great space and dynamics. - Ali “AMAC” McGuire 3. Using a mix reference track for vibe and/or character

Many times, mix references aren’t simply meant to serve as targets for a “great-sounding” record. A pristine-sounding mix isn’t always the end goal for certain productions. Instead, what becomes paramount is the vibe and character. And in some cases, this is achieved by breaking rules, pushing the envelope, and thinking outside the box. Mix engineer Bryan Cook shares a great example of a mix reference that takes this mixing creativity up a notch, resulting in a “classic Tchad Blake vibe town”—“Invisible Hands” by Joseph Arthur. 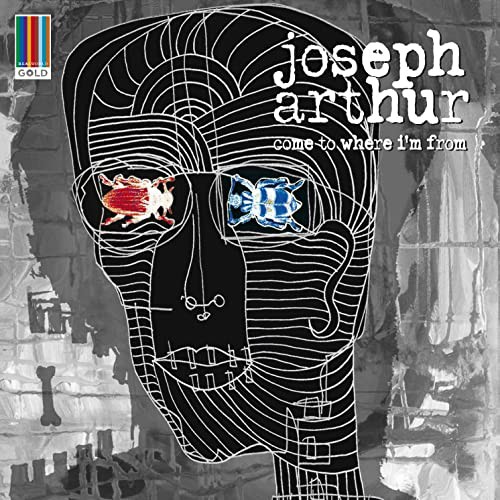 A mix I keep coming back to is “Invisible Hands'' by Joseph Arthur on his album Come To Where I’m From. It's so immersive… even in stereo. This is classic Tchad Blake vibe town. The tonality of it feels right, and the bold sonic landscape helps me get a handle on the imaging of a system. The vocal compression is insanely over the top and intrigues me. That vocal sound is wild, the hiss of it between lines is so loud and that hiss goes away when he is singing, using signal to noise as a feature in motion. The overall atmosphere of the mix puts me in a 100% creative headspace. - Bryan Cook At the end of the day, mix engineers will always have moments where they simply reach for a reference track because of how great a mix sounds. Regardless of what music you’re working on for the day, listening to an impeccably-mixed record can serve as a palate cleanser, helping calibrate the ears to a good starting point. Daft Punk’s “Get Lucky” from the award-winning album Random Access Memories serves as an exemplary reference choice for many mix engineers, including Alvin Wee. I think the reference track should, first and foremost, reflect the intention of the artist and should be properly represented by the mixer. For my personal preference, however, I lean towards Daft Punk’s Random Access Memories for its impeccable low end definition. Three things I mainly listen for are frequency extension, stereo imaging and depth of field. And this album—particularly the song “Get Lucky”—handles each of these elements perfectly. I enjoy how all the instruments and textures mesh / play together with the speech range. This album is my definition of big, wide and deep. - Alvin Wee As we’ve learned from our examples above, there are a multitude of ways to approach the use of mixing reference tracks. The next time you’re in the middle of a mix session, it’s a good exercise to ask yourself and your client why you’re inclined to use a specific song as a reference. That way, you place a lot more intention in every mix decision you make. But keep in mind that similar to any state-of-the-art tool in a mixer’s arsenal, avoid relying on mixing references as a crutch by getting too fixated on copying a certain sound. They are references for a reason. Let it guide you towards making your own conscious mixing decisions.