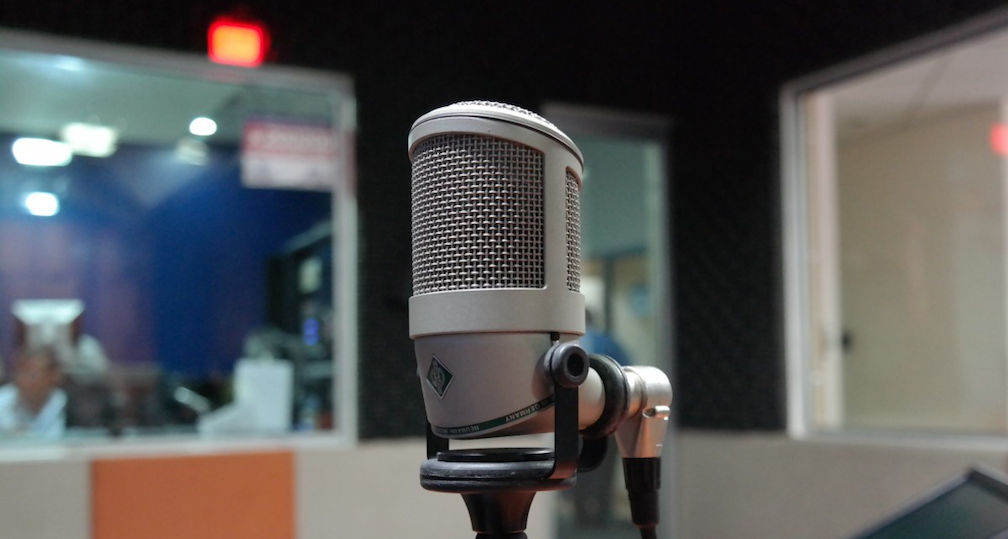 When it comes to recording music, there are many different approaches you can take to inject atmosphere into your tracks or bestow them with an almost hypnotic quality. And contrary to popular belief, you don't need stacks of hardware or infinite plug-ins to achieve such results.

By harnessing the power of ambient sound recording techniques, you can give your tracks a dreamy edge through a seamless mix of musicianship, creative thinking, and the savvy use of a single studio-grade effect.

But before we dive deeper, let's consider what ambient sound is and what it means in a song recording.

In audio, the term ambient sound refers to the background noise or tones present in a musical arrangement, or the soundtrack to a television or movie scene. These sounds can include tones or noises that mimic or alter: rain, traffic, crickets, birds, cars, wind and anything else that exists in the landscape around us.

Traditionally used in film and television, throughout the years, pioneering musicians have used ambient recording techniques to take their songs and arrangements to an entirely new level.

Early psychedelic bands like Syd Barrett’s Pink Floyd used studio effects to manipulate ambient sounds and add an otherworldly edge to their music. Later down the line, the likes of “Mad” Martin Hannett employed a seamless mix of ambient noises, recorded on location, and developed in the studio, to produce groundbreaking masterpieces like Joy Division’s seminal album, Unknown Pleasures.

Here we're going to explore ambient recording techniques using Spire Studio: ideas, tips, and methods you can use to inject a little dreamy, leftfield flair into your songs wherever you may find yourself in the world.

When it comes to ambient recording techniques, layers of trills—which could also be considered as fills or licks—used both sparingly and with pronounced use of effects, can add a real melodic yet atmospheric touch to your songs.

Here, I played my bass guitar higher up the fretboard to pepper a few well-placed trills over the main groove. To create an ambient quality, I used Spire’s Verb ‘65 amp, turning on the “Bright” function to accentuate the notes, while rolling the reverb right to the top to give the part an ambient, airy quality. I brought this down in the mix slightly and panned it slightly to the right to strike the perfect balance between the two parts.

You can use this technique for any musical line or part, including vocals, experimenting with the effect settings until you find a sweet spot that complements the song’s primary rhythm sections.

Akin to the traditional ambient sounds you’re likely to hear on TV shows and movies, textural tones are intermittent blankets of sound that prick the ears of the listener while giving a recording an offbeat richness.

Adding to the trills I previously recorded, I used the Vintage Dub space and crudely cranked it up to the top. With the channel rich with a delayed, exuberant level of reverb, I struck my bass strings just above the pickups at opportune moments within the arrangements, muting it to prevent the notes from sustaining and spilling into other sections of the arrangement. I panned this left to provide an ample amount of space between this textural tone and the trills.

To give the track a percussive element, I kept the same settings as used in the previous sound clip but unplugged my bass guitar and used the end of my jack lead to strike (gently) against the body of my Spire Studio at the beginning of almost every bar, adding a dub-like texture to the mix. I panned this track slightly off center and kept it fairly high, volume-wise, to punctuate the part and give it definition.

When it comes to textural tones, there are no limits. Once you’ve laid down the foundations of your song, spare a track or two for texture, experimenting with different effect settings (in this case, the more extreme, the better), instruments and household objects, manipulating them in different ways until you discover something that stands out. Which brings us onto our final ambient recording technique.

Essentially, space maximizers are more extreme, pronounced and more sustained versions of textural tones—and more often than not, they provide an atmospheric backdrop for the entire recording.

In this case, I used the kettle in my kitchen to complete the recording, using it as a space-maximizing backdrop for the entire arrangement. To do so, I filled the kettle with a little water (which I used to make a pot of coffee afterward), set up my recording channel with some Acoustic Shaper reverb, which I boosted slightly. Next, I set the kettle to boil and as the steamy sound began to emerge from its spout, pressed the record button and let it roll.

This approach resulted in a mood-inducing, space-maximizing, vintage tone that gives the track its weird, wonderful and entirely ambient edge. And again, you can do the same by experimenting with a range of effects and objects, using your creativity to guide you through the process.

When it comes to ambient recording, the possibilities are almost infinite. Use these tips to help steer your efforts and open yourself up to a whole new world of sound.