Jump to these electronic reference tracks:

Electronic Music has changed a lot in the past few years. From EDM to deeper sub genres like Dubstep, Trap, Future House, and various combinations thereof, the genre has evolved, both in the mainstream and the underground. So it’s time for an update: here’s a modern tally of great reference mixes to aid in your own productions, mixes, and masters.

Wide subsets are on hand, including pop, underground fare, strange vanguards, and remixes. More importantly, each reference track has been selected with a specific aspect in mind.

Follow along with a free demo of Tonal Balance Control, a plug-in that helps keep your sound on target in any genre. 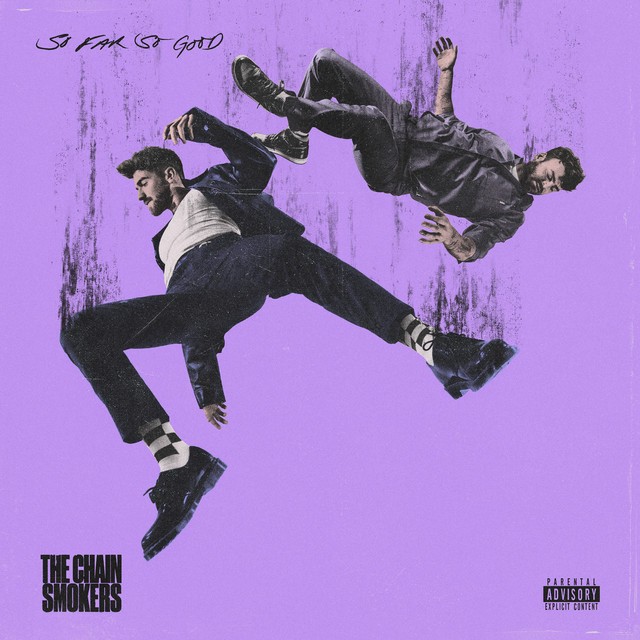 This outfit, to me, embodies the mainstream when it comes to electronic music: safe, harmless, and reflective of what underground trends have boiled up into the zeitgeist. Chainsmokers are often mixed quite well, with an eye toward commercial markets. So, it’s always a good idea to check in with them to see how modern mainstream electronic music is handled in the mix. 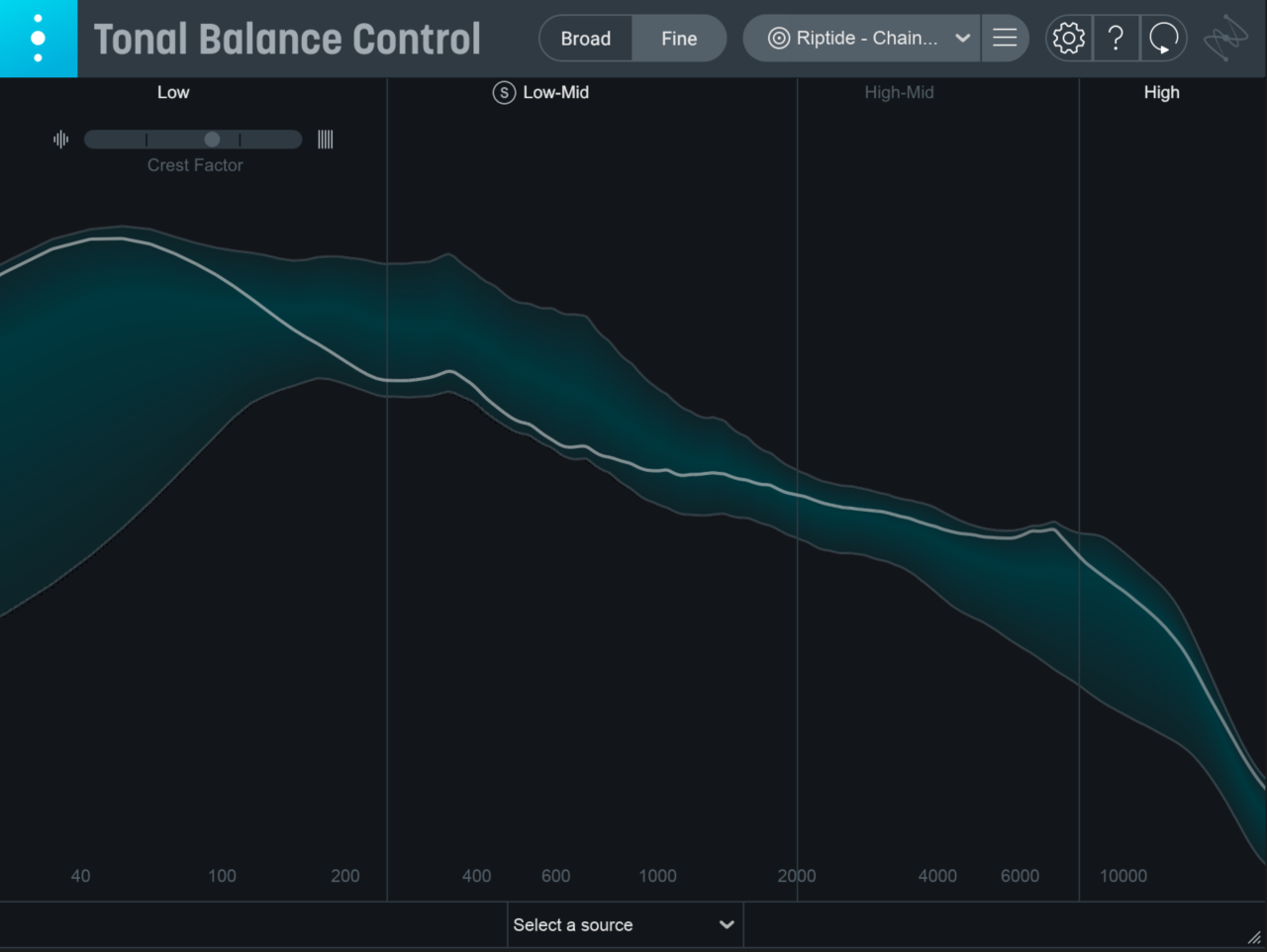 With the song “Riptide,” we can see that a swing feel is coming back in the customary break—and this is reflective of the 90s aesthetic coming back into the mainstream (a lot of modern music feels like updated New Jack Swing).

In terms of the mix, this tune gives us a good feel for how to trade which elements occupy the low end between sections. The kick holds down the lows in the verse, but it disappears in the pre chorus for a bassy synth to handle the bottom. Then for the chorus, we have a fantastically-mixed sub-bass interplaying perfectly with the kick.

Indeed, this is a great reference for how to mix your sub bass with your bass instrument and kick drum. 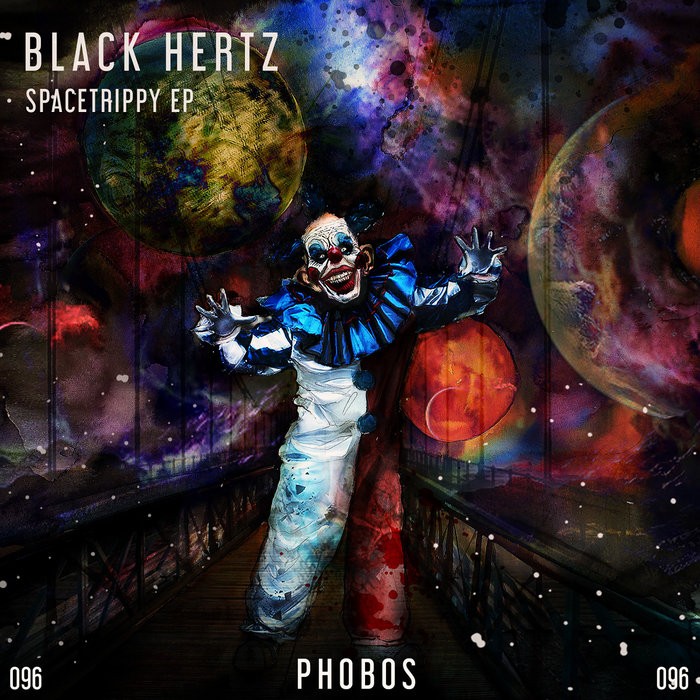 Our next tune comes from Black Hertz, and it also shows off how swing is coming back, even in straight-ahead four-on-the-floor tracks. Yes there’s something significantly stanky about this groove, and it’s not just the way things are played and programmed.

Listen to the timing of elements as they bounce in opposition to the kick drum. This could be done manually, but I’m willing to bet there’s some sidechain compression keyed to kick here, at least in the bass synthes and risers.

As mixers, we have control over the groove through compression—especially sidechain compression. This tune is an excellent reference for that.

The mix is also quite clean and never fatiguing. Let’s look at the Tonal Balance Control curve to see why this might be: 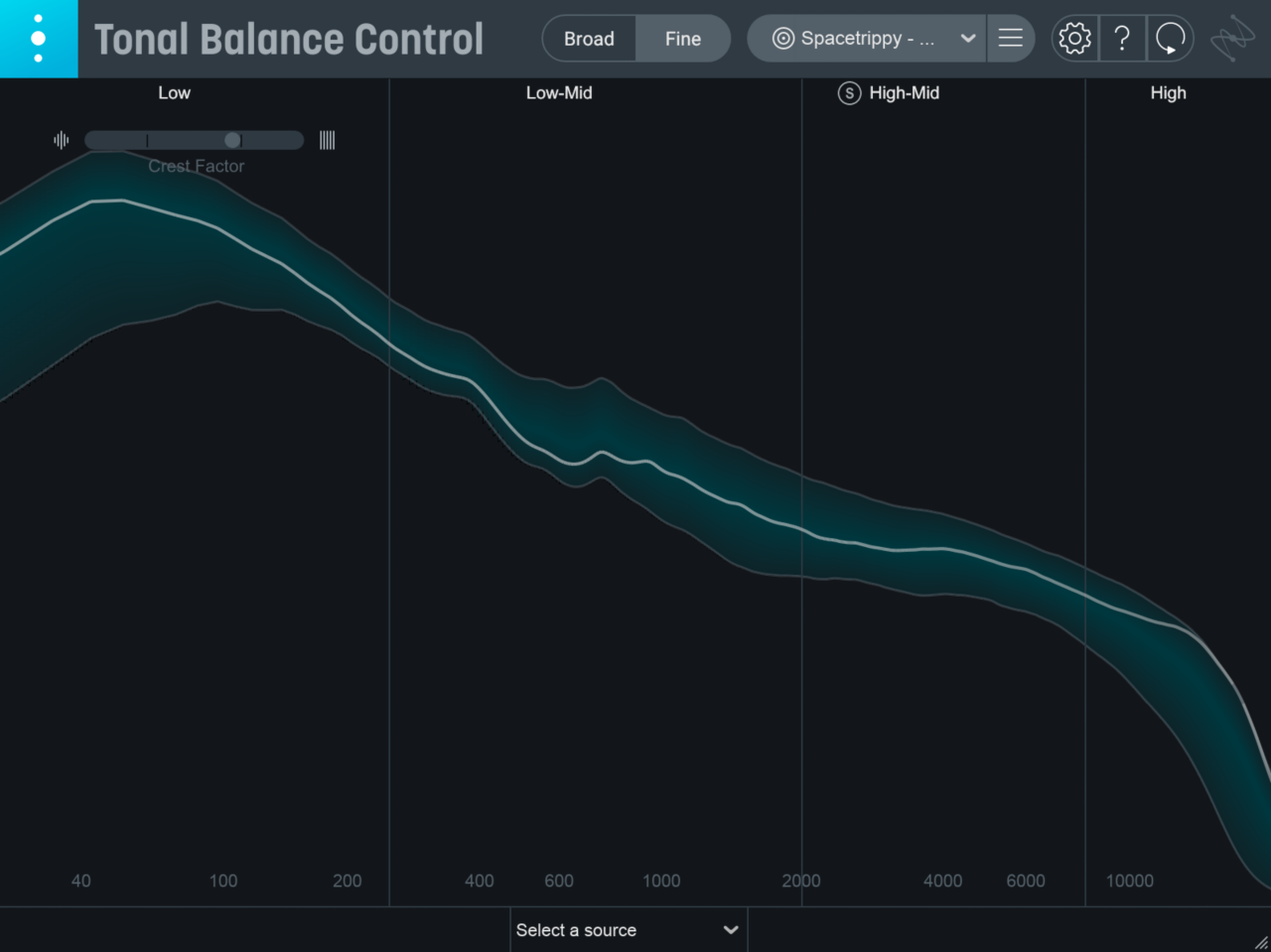 Take a look at the midrange here, especially 2 kHz. We see things aren’t pushed so hard between 1 and 3 kHz, which might allow for the relative clarity of the mix—the deep bass and sparkling, never-harsh highs. 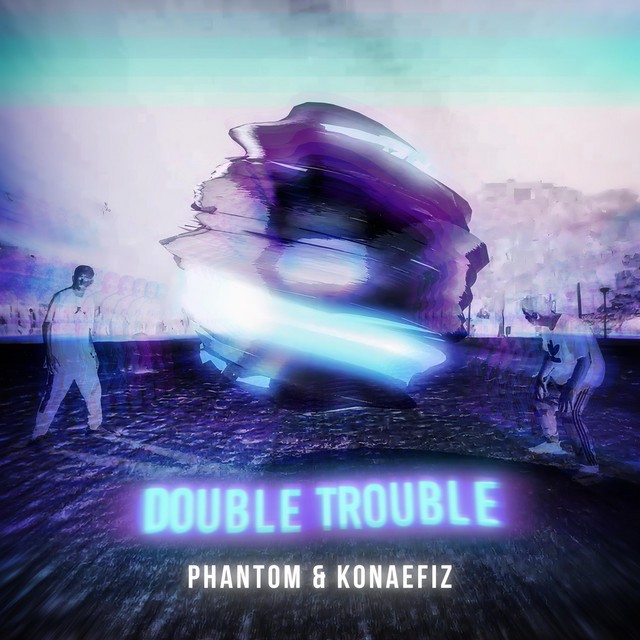 “Double Trouble” by Phantom BR and Konaefiz, though completely different from the previous one, is also a study in how to create groove through mixing. However, instead of a swung stanky feel, this one has a heavy manic energy that brims with off-the-walls menace. I love it.

Let’s take a look at what’s happening in the Tonal Balance Control curve: 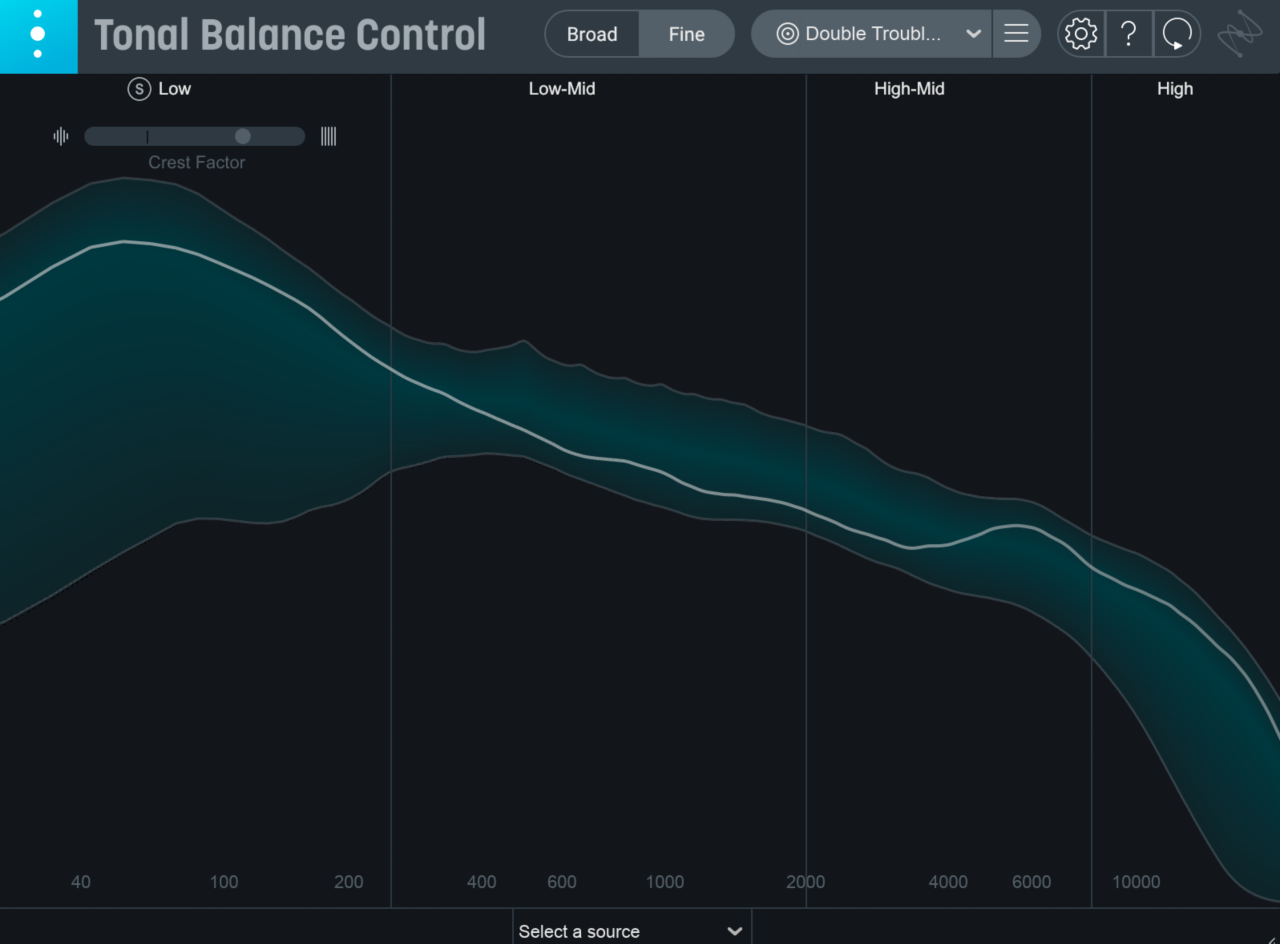 My lord, it’s all bass and 6 kHz. Yes, it’s harsher than the preceding mix. Yes, it’s more monophonic and squashed. That aggression perfectly serves the vibe. 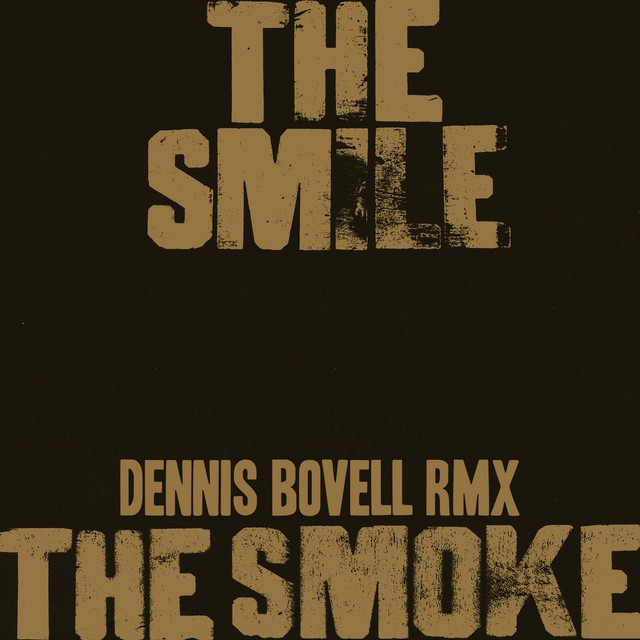 A previous version of this article offered no remixes whatsoever. We’re aiming to correct that here, as remixing is an artform unto itself in the electronic world.

Our first remix comes from Dennis Bovell, who had some great material to work with: the original tune is by the new Radiohead subgroup “The Smile,” which sounds exactly like what you’d think half a Radiohead tune would sound like. The tune itself is funky as hell, and the remix holds the original in great esteem.

Instead of reinventing the song, the remix fits the original into a dubbed-out framework. It respects the choppy reverb aesthetics of Yorke and Greenwood, yet has a lot of fun with sputtering verbs.

In terms of the mix, you’ll note the kick wins the battle for the low end, with a prominent presence at 50 Hz and below. The way the kick reigns supreme while respecting the fundamentals of the bass is to be admired, as is the handling of all the remix effects. 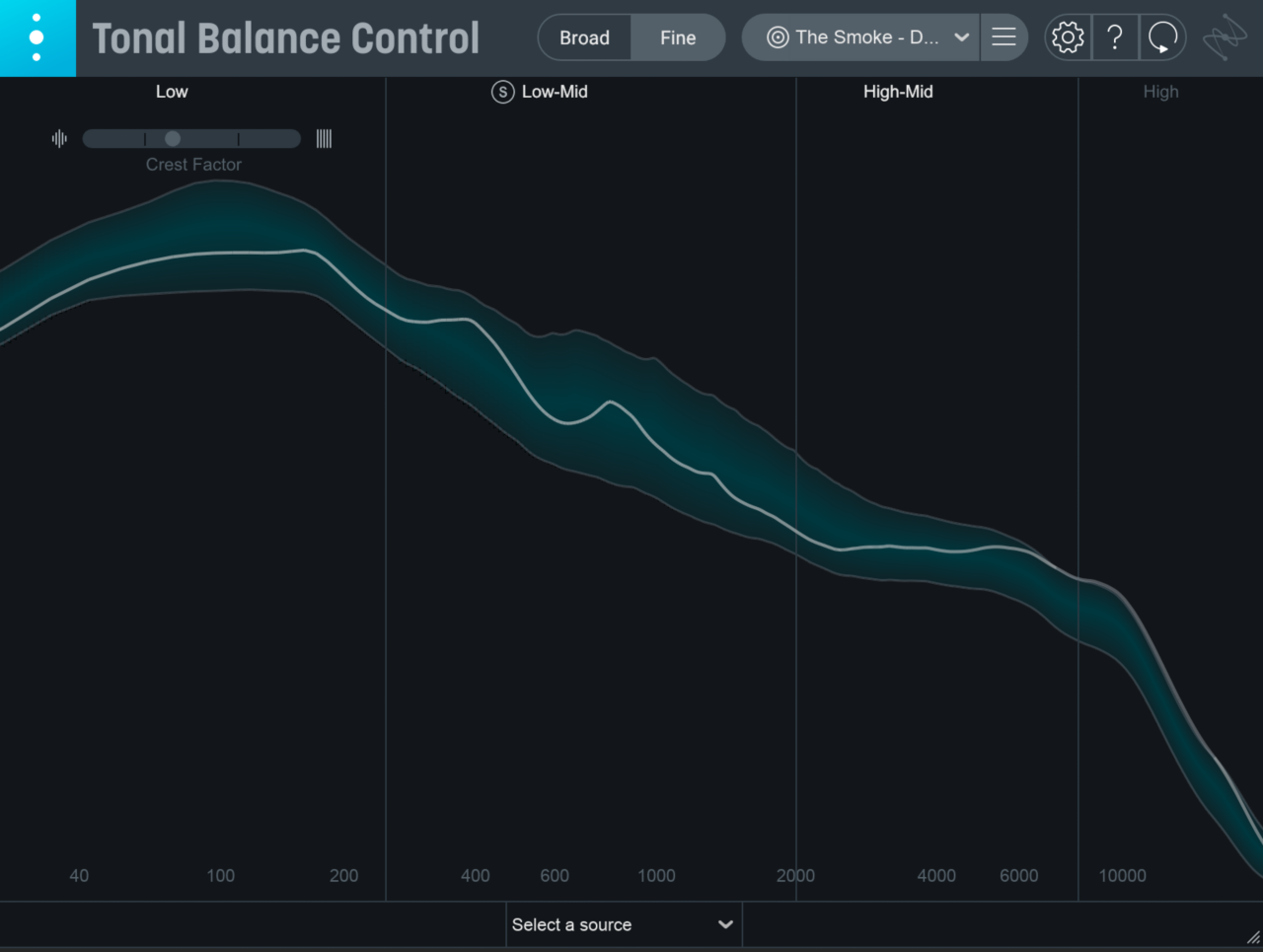 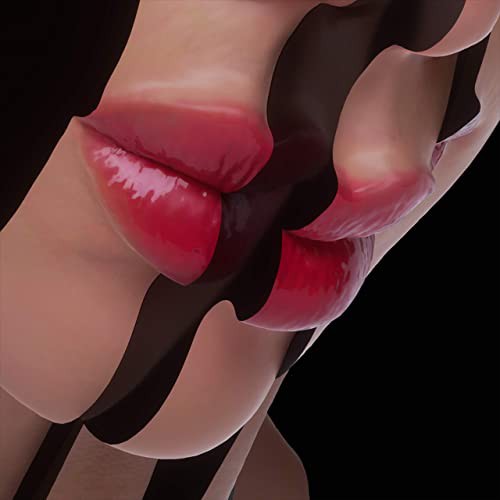 SOPHIE was a tremendous talent, and I’m rather disappointed in myself for not having heard of this artist until I read the obituaries. Only then did I listen to the music, and man, what a powerhouse of artistic, production, and engineering talent.

The song “Faceshopping,” though not new, is an insane piece of work, using out-there sound design to create a unique aesthetic. It might be of the industrial era, but it’s not industrial. It might have pop inclinations, but this is not pop music. As for mixing moments, pay attention to the relative dip at 700 Hz, the out-of-phase moments, and the way it sails past 0 dBFS.

“Faceshopping” by SOPHIE in Insight

“Follow” by Zedd and Martin Garrix introduces dramatic chord progressions long out of favor into popular EDM music, and for that, I like listening to it. Wherever possible, you should enjoy listening to your references; I cannot stress that enough.

You can’t always reference Radiohead all the time in this business, but 1:48 into this tune, you can get pretty damn close.

From a mixing perspective, note the brightness of this track around 10 kHz. Also note how the bass absolute dominates at around 48 Hz—but never overwhelms. 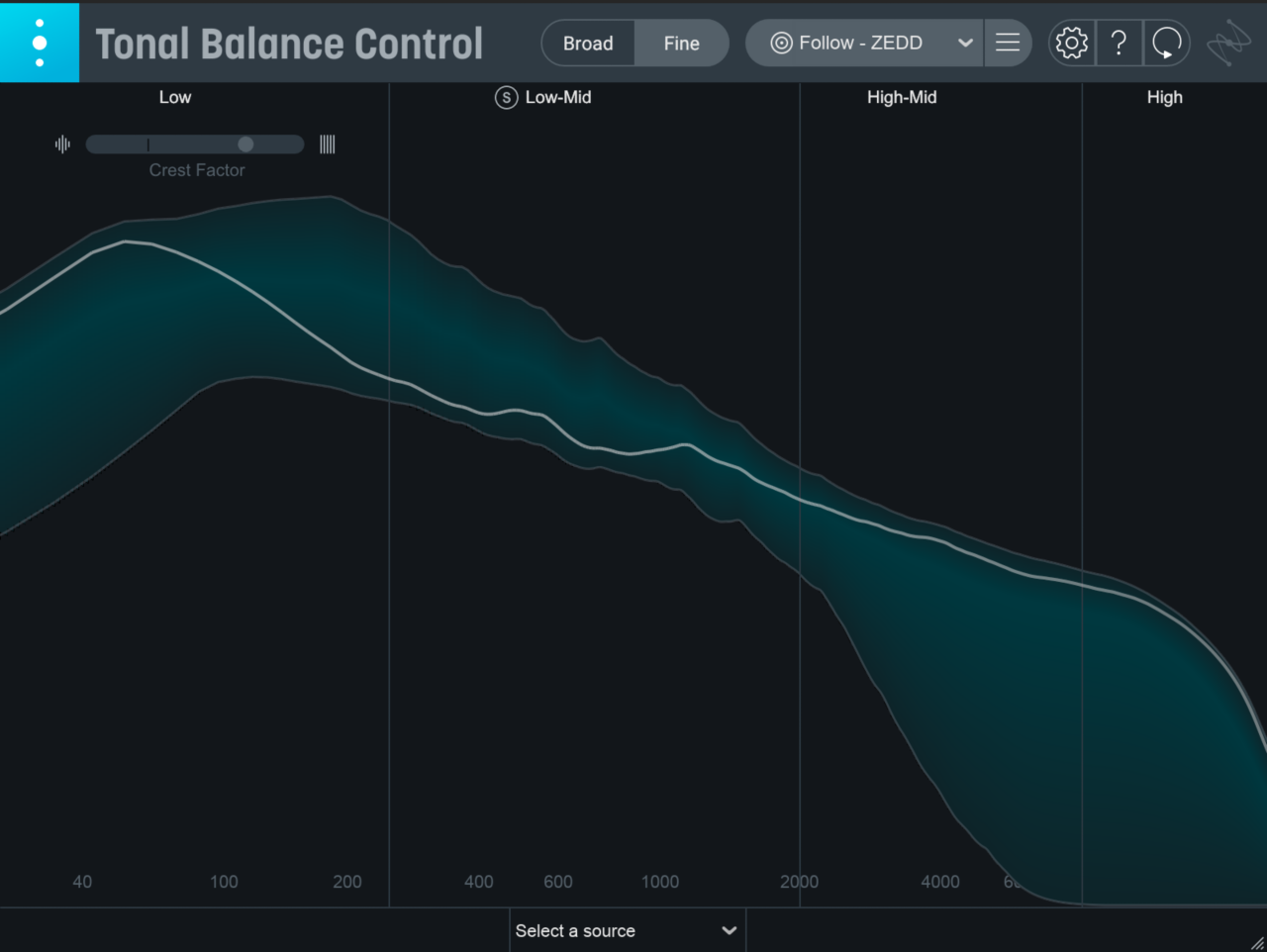 This is a masterclass in pushing things to limits: bass without tubbiness. Width without phasiness. Absolutely deafening levels without (too much) fatigue. 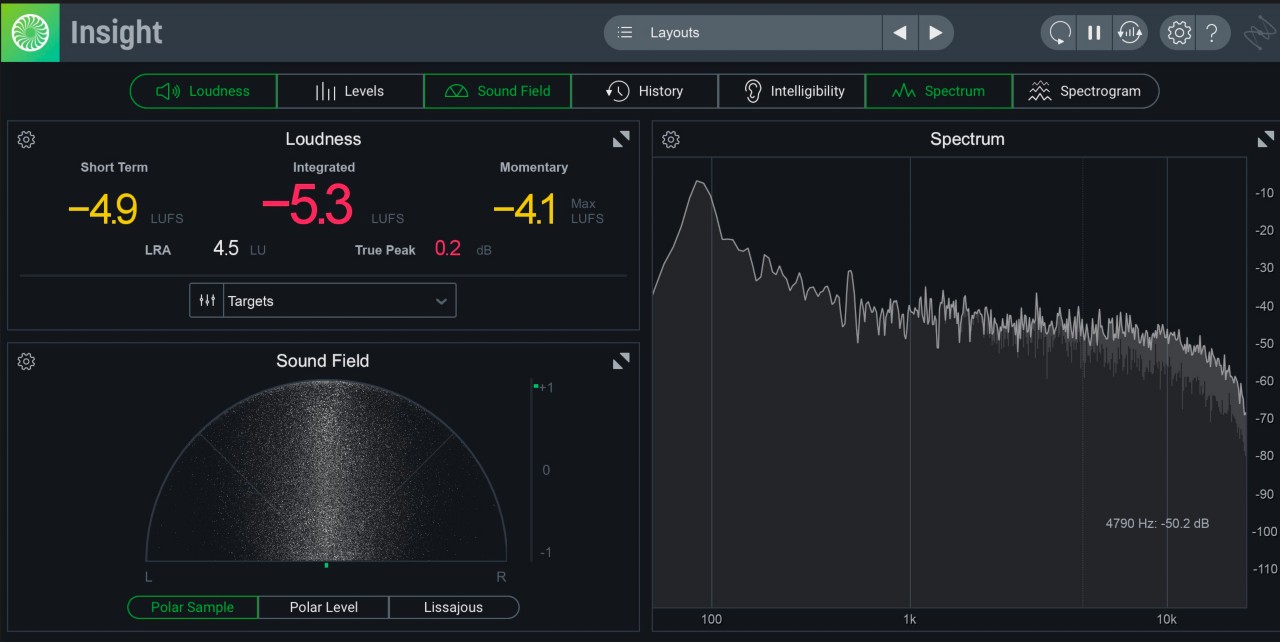 One thing to take particular note of: this song makes use of a now ubiquitous vocal trend—the interplay between real formant shifting and a singer attempting to recreate a formant shifting effect in the performance itself.

The singer intentionally tries to distort their voice while singing the song, using their technique to assume a kind of effect usually applied in post. However, the producer is also affecting the voice, so the line between the two becomes blurred.

This sound has come more and more into the forefront in recent years, and “Love Me Now” is as good an example as any for your reference folder. 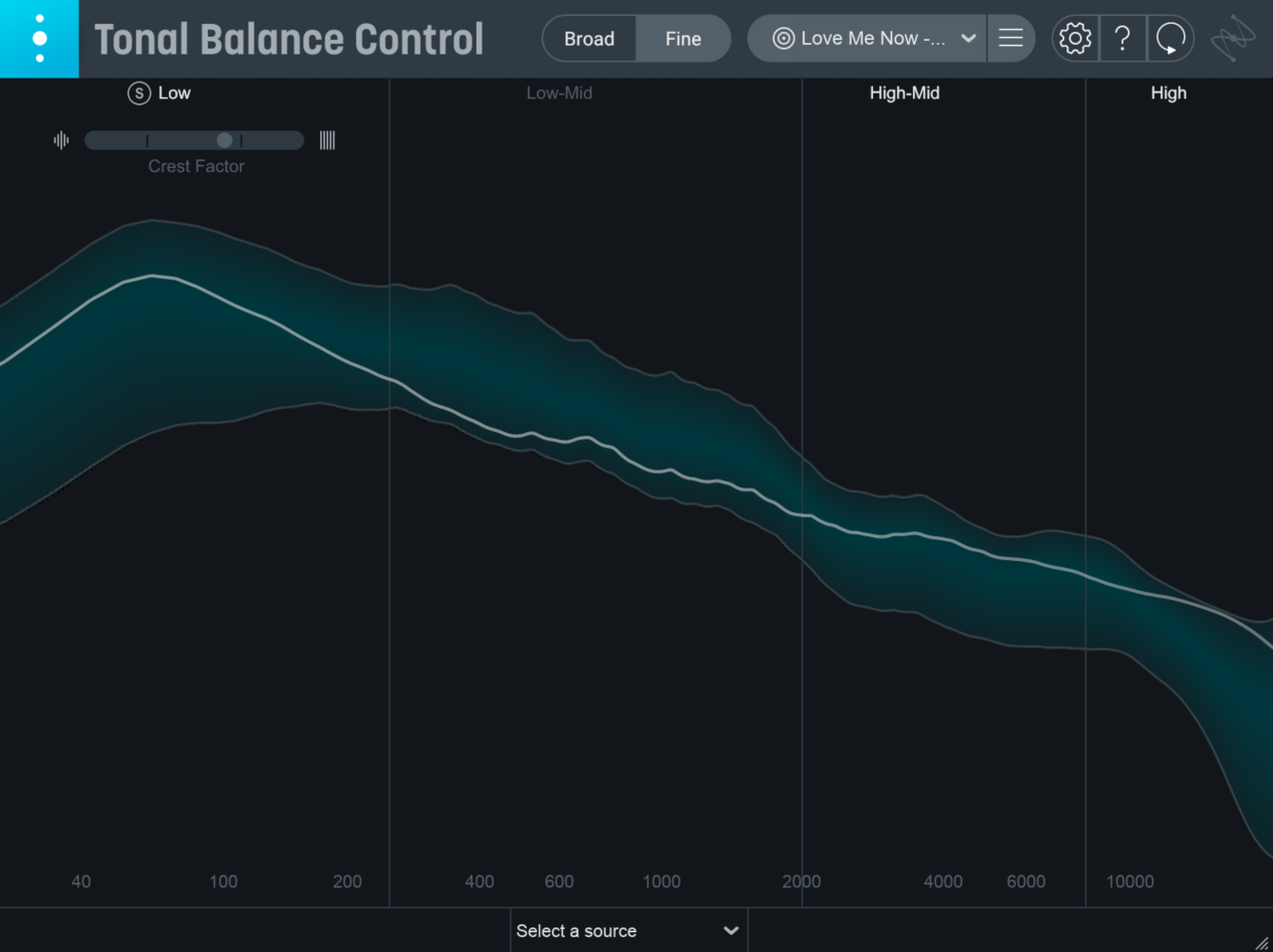 Another thing to note: the true peak level in the choruses: 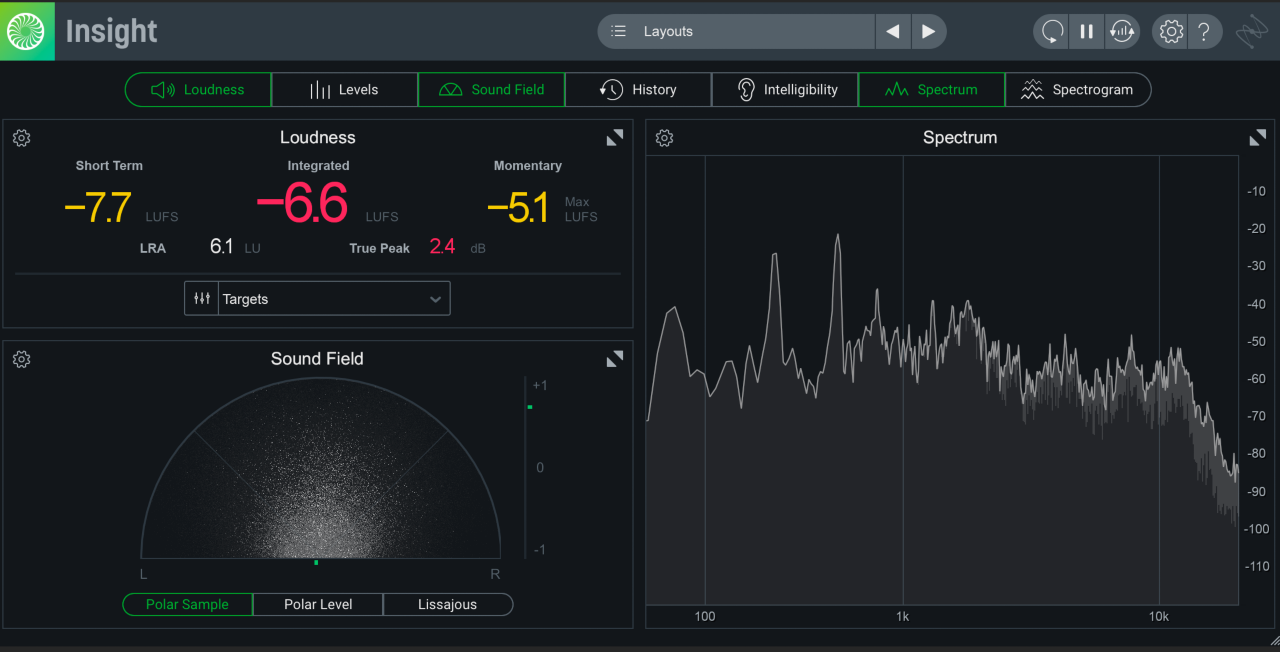 “Love Me Now” by Kygo Ft. Zoe Wees in Insight

Yep, this song peaks at 2.4 dBFS. If you play this song at low levels, you can almost hear Bob Katz shuddering in his studio.

Does the song sound bad? I mean, I like it! But I was born in 1985, so I’m a casualty of the loudness war. Your mileage might vary. 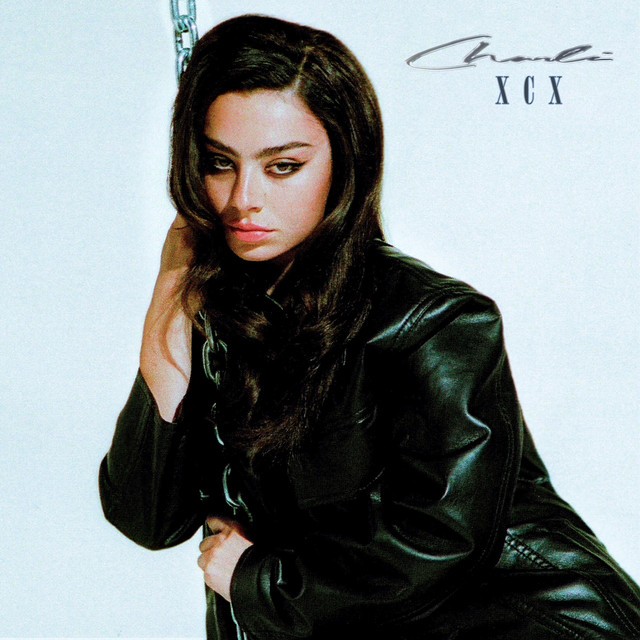 “Beg For You” by Charli XCX (Pocket Remix)

Our second remix departs more from the original than the last one. The original version of “Beg for You” is kind of a traditional EDM pop number, if such a thing can be said. The remix pushes the drums way up front, swirls the piano around, and does strange pitchy things to the main vocal. 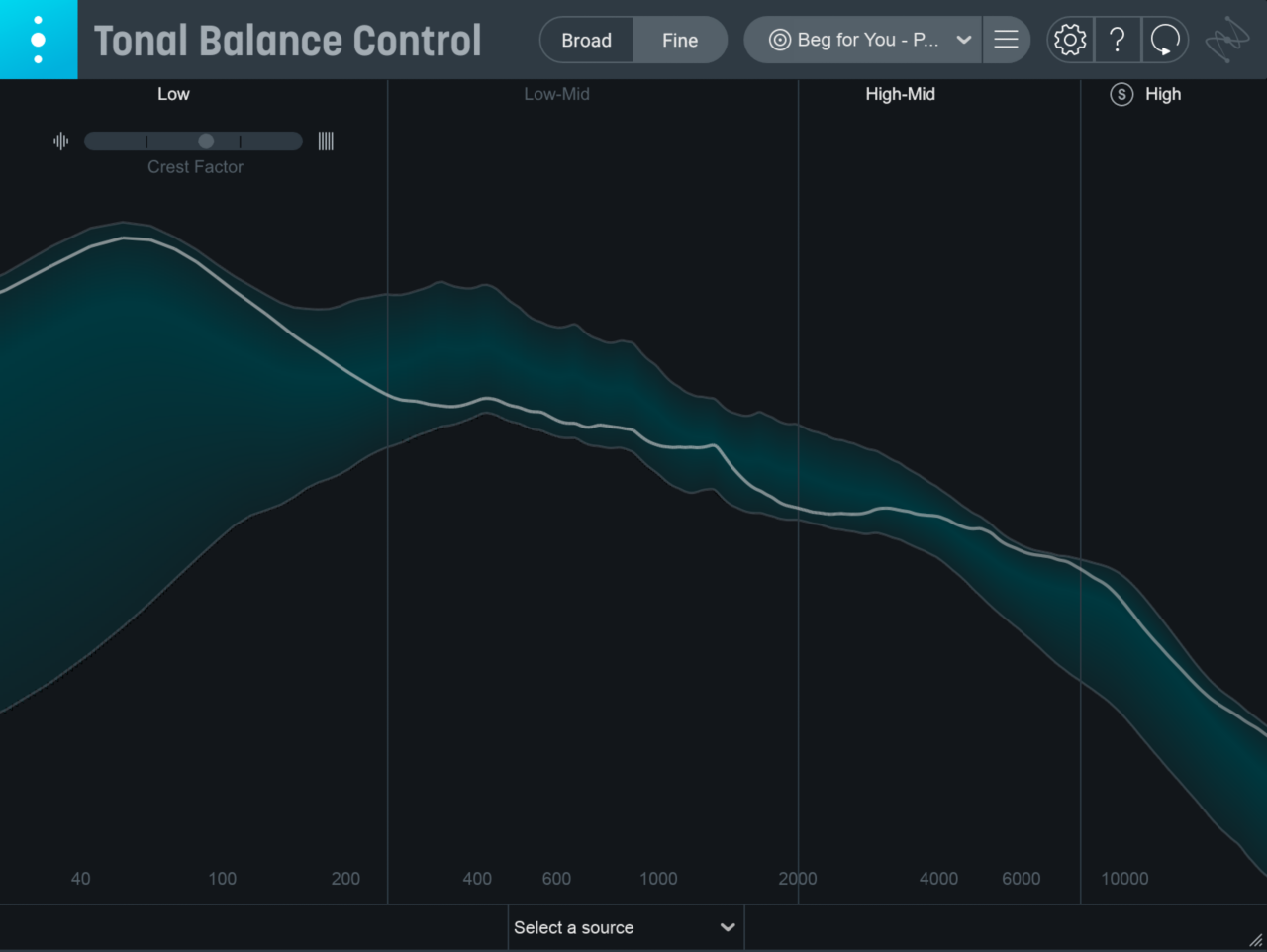 Yet for all the mangling, the mix has a way of playing with depth. Those pianos, drums, and vocals are the key to hearing the soundstage: during the chorus, the drums hang out in front, while other elements push from the foreground to the background—particularly the lead synths. Then the verse happens, and the vocals take the front, while the drums move into the back. If you want to achieve good front to back imaging, and you find your electronic tune doesn’t compare well to this one, you know you have more work to do. 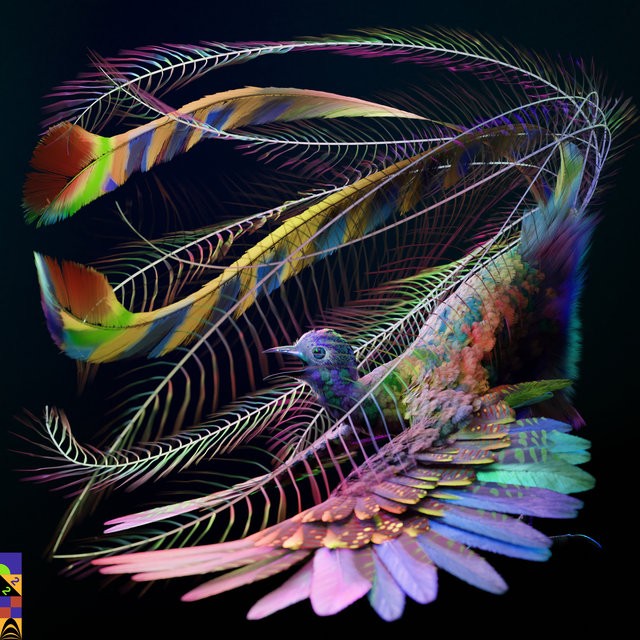 Our last new tune on the list sounds like someone put The Chainsmokers through a woodchipper. Yes, you can also draw a line from SOPHIE to “Sirens”—particularly in the metallic percussion of the second verse, as well as the rusty synths of the chorus.

The song is also illustrative of how rhythms are changing in electronic music. The triplet nature of these synths are reminiscent not so much of dubstep sputtering, but of trap-style sprinkler hats. 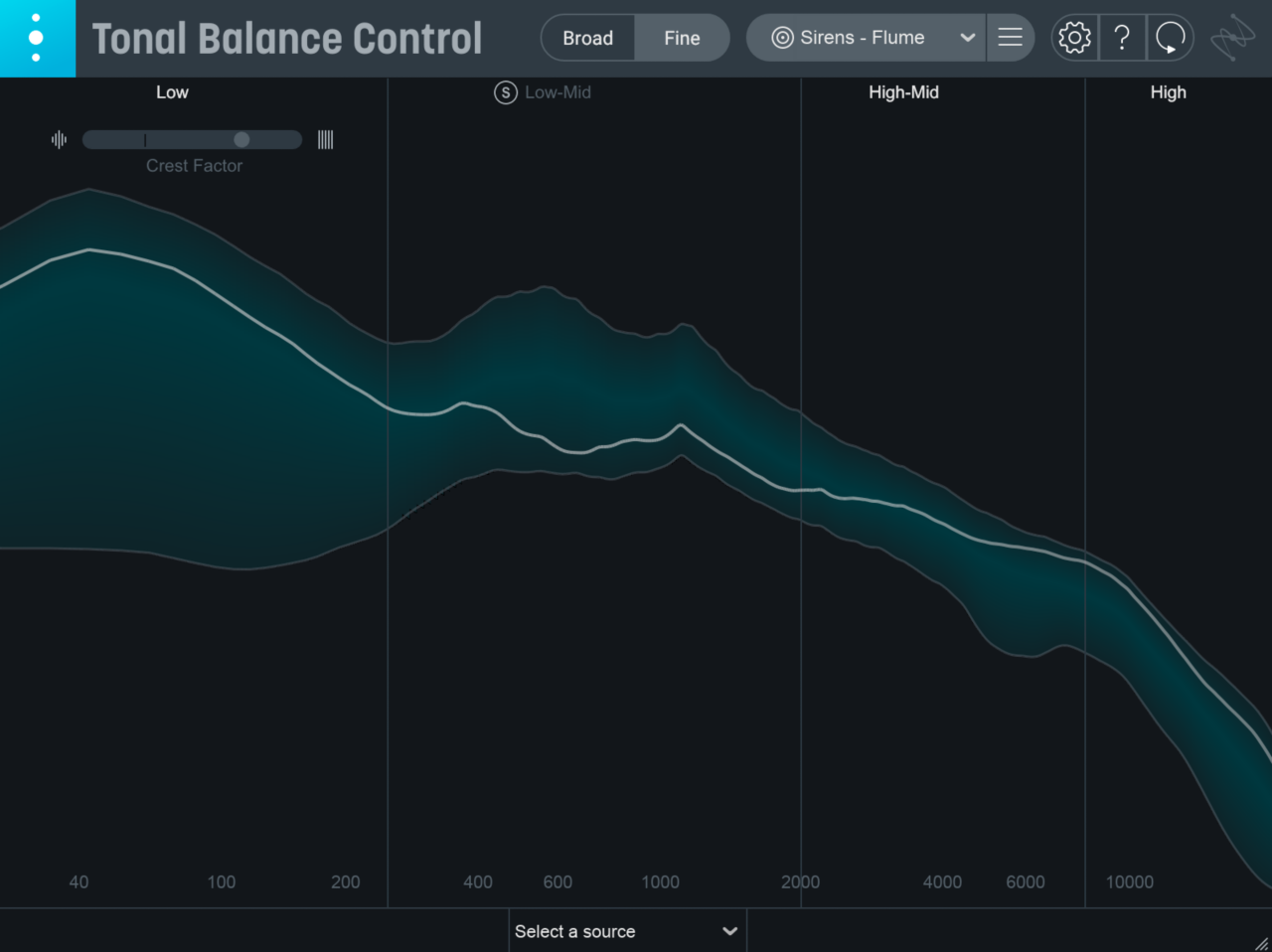 From a mixing perspective, this mix is a pretty good example of a near LCR panning scheme. It feels dense and weighty, but the arrangement is actually pretty simple: drums, vocals, and bass are upfront, while sound design elements and synths take up the sides.

The tune is quite forward in the midrange between 600 Hz and 1 kHz, and very cagey about which frequencies are chopped out for builds and drops: the low mids go away, rather than all the lows.

10. "Are You Lonely" by Steve Aioki and Alan Walker ft. ISAK "Are You Lonely" by Steve Aioki and Alan Walker ft. ISAK

"Are You Lonely" by Steve Aioki and Alan Walker ft. ISAK is the only song to make the cut from the previous version of this article. I still use it to judge if my mixing choices have either destroyed or enhanced the groove. Extensive use of sidechain compression makes these synths bounce against their downbeats; if I’m mixing something with a similar effect, this is the reference to see if I’ve achieved the right bounce.

The tune also makes use of vocoded background vocals, which are more and more en vogue. Sometimes vocoded vocals require massaging to sound right, so I’ll use this as a judge when handling those. 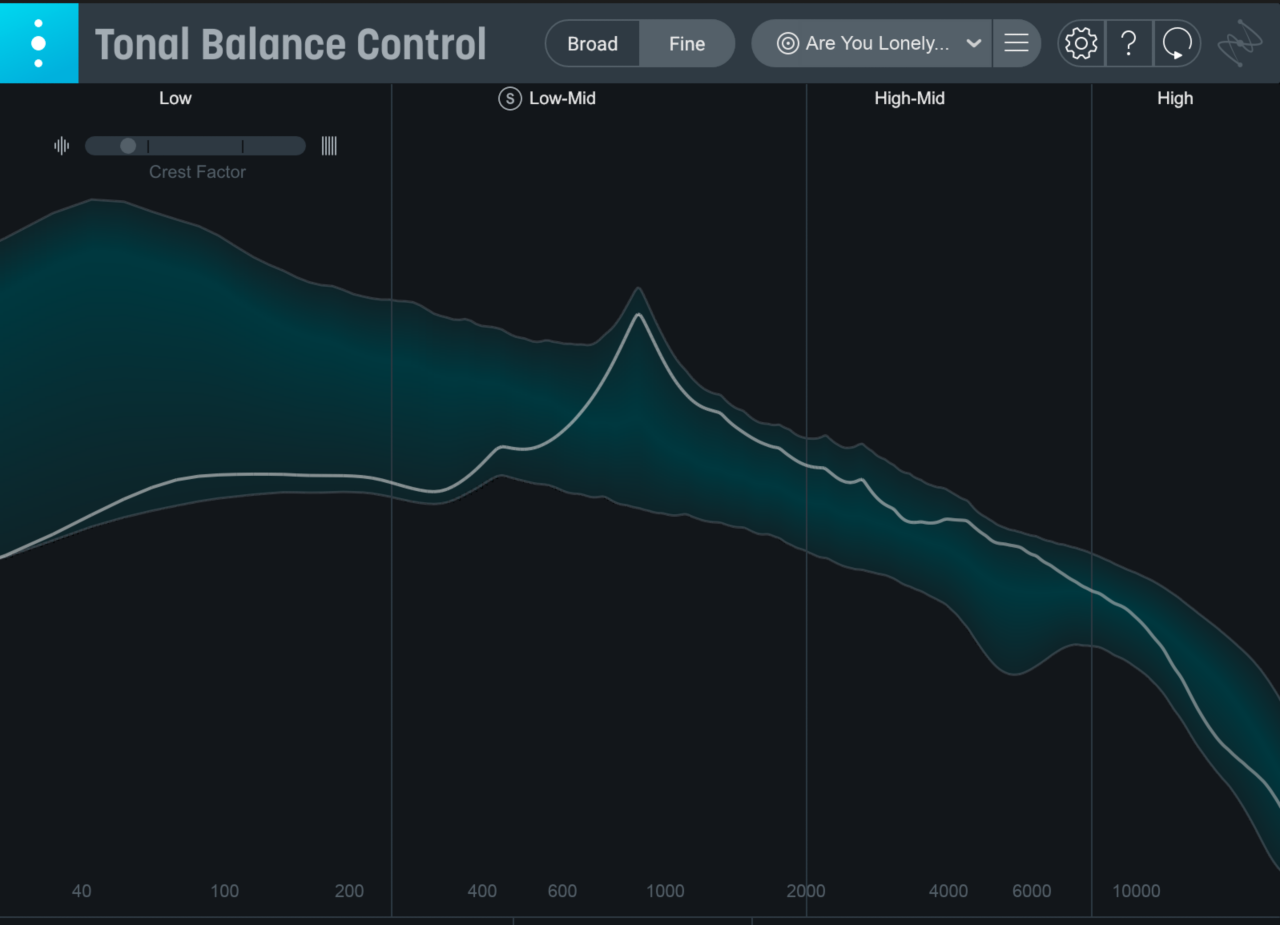 Then there’s the low end of that kick: it’s massive! And everything drops out of the way. However, in terms of balance, it actually matches the Tonal Balance Control guidelines for bass-heavy music pretty spot on: 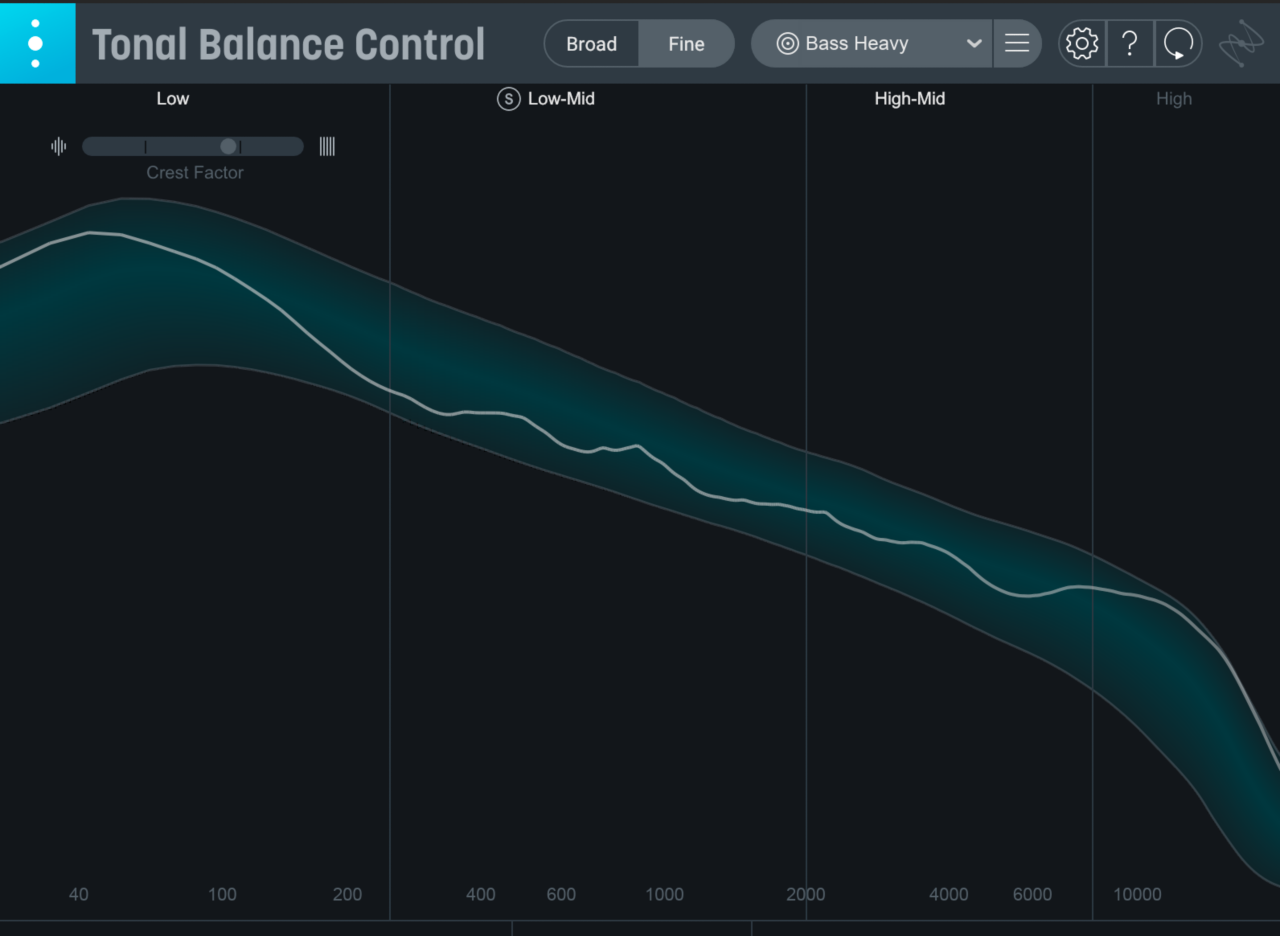 Start referencing these EDM tracks in your sessions

Electronic music continues to worm its way from all sorts of music, from jazz to pop to metal. If you trend away from this sort of music, it’s still worth studying, for it’ll likely make its way to you.

And if you love this music, these tunes represent clear examples of its vital parts—from the handling of low end to the building of drops, from stereophonic content to the incorporation of sampled—rather than synthesized—elements. Whether you produce, mix, or master, I hope you find these tunes as valuable as I do.

And if you haven’t yet, demo Tonal Balance Control for free to start using these reference tracks in your sessions.