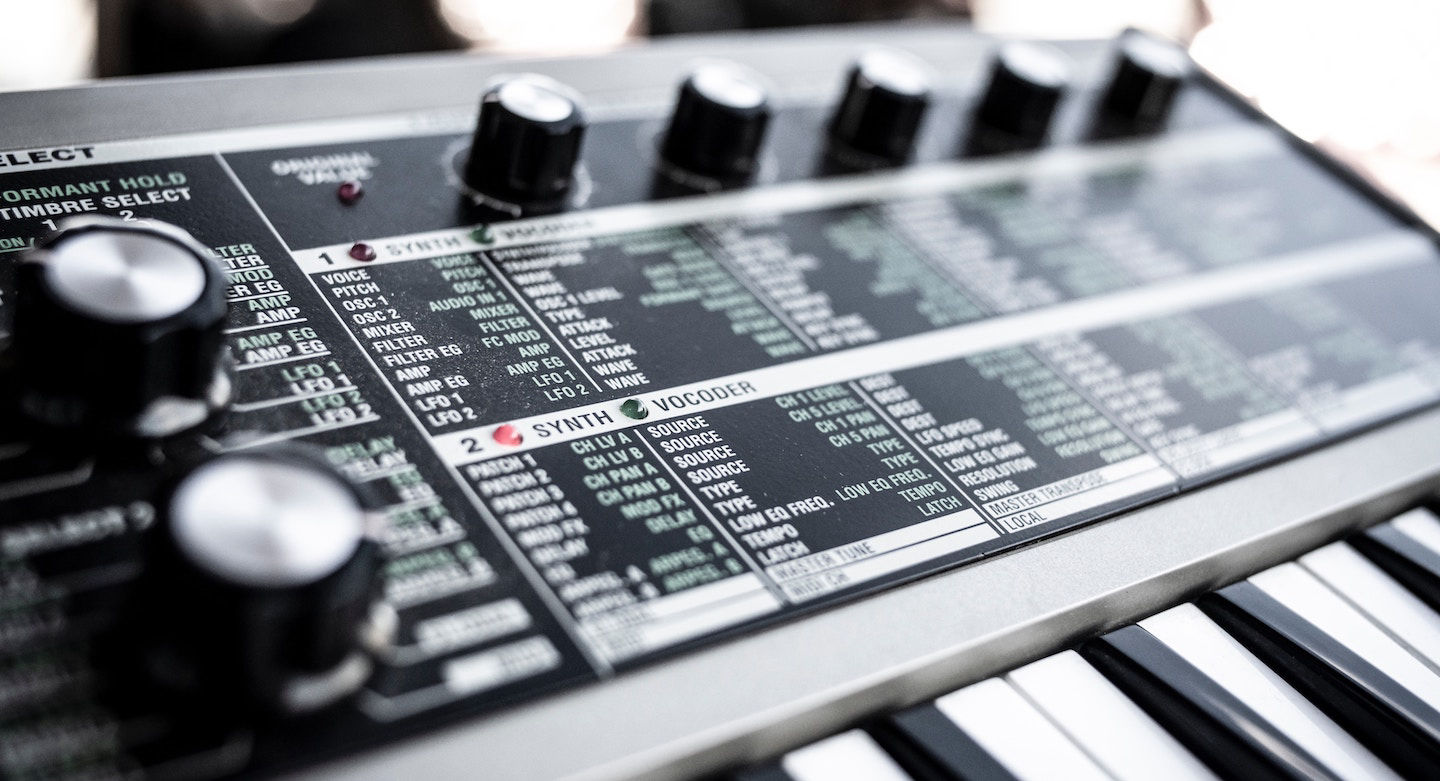 Like anything in music production, bass sound preferences are many and varied. No two people, even if operating in the same genre, are going to be in complete agreement over how it should be done and with which tools to use. Some might prefer a certain analog synthesizer, others an old-school FM synth. And then there are musicians and producers who much prefer certain go-to samples for their deep, fat bass sounds, and others still who like to use their DAW.

While getting a deep sounding bassline is a matter of taste, it’s also a product of some tried and true techniques and approaches that yield consistent results. Certain waveforms work better than others, though no strict rules exist. And iconic bass sounds from very specific gear, or samples thereof, are oft-used for a reason—they sound great, particularly in popular mainstream and underground genres.

In this blog, we take a look at a few techniques and approaches that will serve as a solid foundation for musicians and producers learning music production. Again, there are different schools of thought, which we encourage you to explore as you learn more about synthesis and music production. For now, however, this guide will send you on your merry music-making way.

Since FM and wavetable synthesis are completely different beasts than either analog synthesis or sampling a bassline and tweaking it, we will leave them out of this discussion. These are synths that novices might eventually experiment with, but for now they would introduce a bit too much complexity.

Of the four main analog waveforms, either square/pulse and sawtooth would be a great place to start when crafting a deep bass sound. A triangle wave would work too, but it can be a bit too thin for what we’re looking to do. Many synths will offer pulse width modulation to add some depth to the square/pulse waveform. Drop the square or saw down an octave or two, low-pass filter it, and play with the resonance to add some more color and depth.

Most synthesizers will also offer more than one oscillators, which will allow players to explore the different combinations we discuss below. Other synthesizers, whether hardware or DAW, will offer sub oscillators—an oscillator that is one active below the oscillator with which it is paired. The most common sub oscillator is a square wave, but sine waves are also seen. Either way, a sub oscillator will add much depth and roundness to a bass sound.

In the first audio clip below, made using a Korg Minilogue analog synthesizer, we set Oscillators 1 and 2 both to sawtooth waves without tuning and each to +1 octave. Also, the filter is wide open. At this point, it sounds like a lead synth not a bass synth.

To begin adding depth to our bass, we set Oscillator 1 to a sawtooth wave and Oscillator 2 to a square wave. This simple move quickly added some depth, albeit a modest amount, to our bass sound.

As hinted at above, an easy way to get a deep bass sound is to mess with an oscillator’s tuning and octaves. Yet another way is to alter a sample’s pitch on a DAW or hardware sampler.

On an analog or virtual analog synthesizer, changing pitch is done by tuning the oscillator. A synth will also have a range of octaves for the oscillators, allowing the player to drop it down an octave or two for deeper bass. The idea here is to play around with these parameters, in conjunction with waveforms, to arrive at a satisfying result.

Samplers, on the other hand, allow users to change a sample’s pitch. So, if a bass synthesizer sample is being used, a user can drop the pitch down to get a deeper sound, and then play it chromatically as mentioned in the example above. Again, play around with the pitch and the chromatic notes until you find a setting you like.

For the next step in adding depth to our bass sound, we pitched Oscillator 2 (square wave) down to -40, and then we set each oscillator down to -2 octave.

Filter and shape your sound

After finding the right oscillators and samples, as well as pitching them down and dropping them down an octave, it’s time to filter the sound. For deep bass, you’re going to want to use a low-pass filter to cut out the higher frequencies of the bass notes, and then shape it with the filter and amplitude envelopes.

Using the low-pass filter cutoff, we cut the higher frequencies out. Next, played with the filter resonance to add some depth and color. After this, we played with the attack, decay, sustain, and release of the filter envelope, followed by the same with the amp envelope. The key here is fast attack times, but feel free to play around with decay, sustain, and release as you see fit.

Adding effects to the mix

One effects approach for deep bass is to use a very, very short delay to fatten up a synth sound, which is possible with DDLY. But be careful: too much delay will muddy up the sound and otherwise wreak havoc on the mix. In the audio clip below, you can hear the added depth supplied by a short delay time used on DDLY. 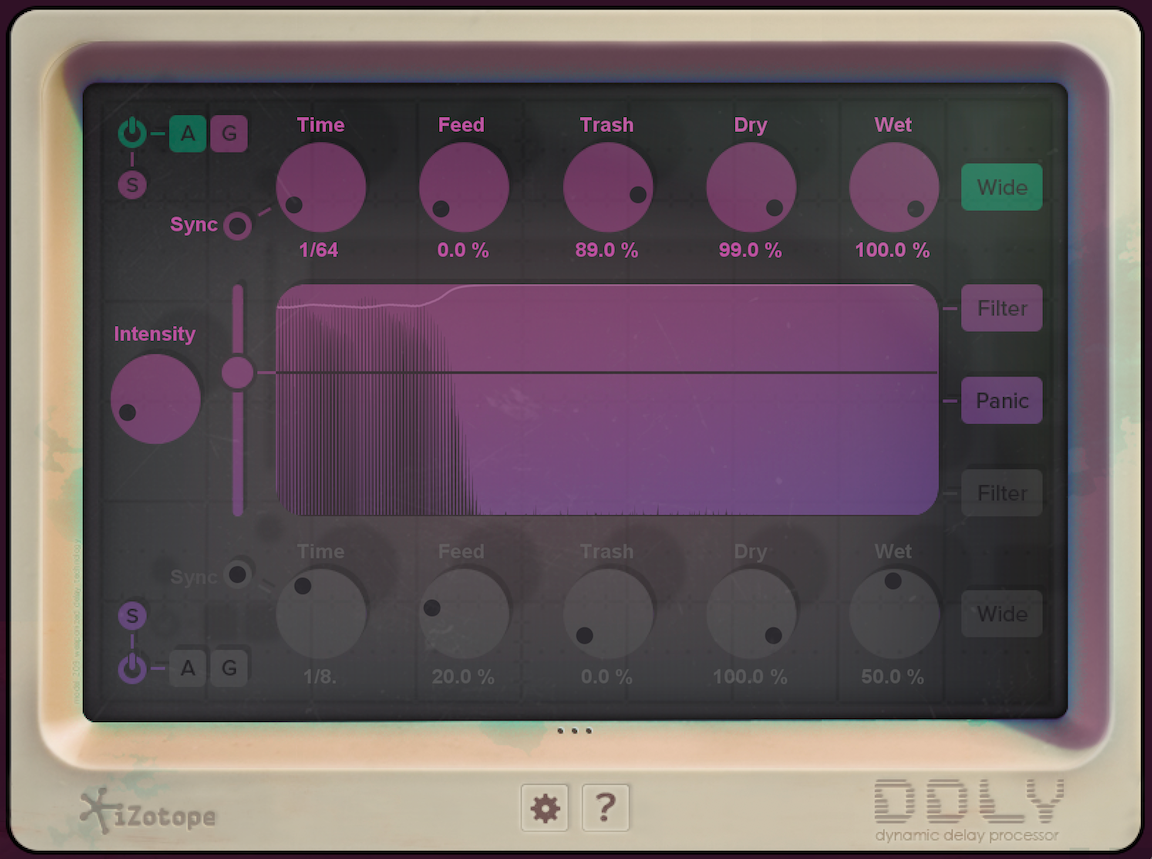 Most basslines that need depth and fatness could benefit from some drive, saturation, or distortion. Trash 2 is incredibly helpful in this regard. Using either presets or custom sounds, users can add the right amounts of saturation and drive to the bassline. Once again, these are just a few approaches to fattening up and deepening the lower frequencies of your bass sound. They aren’t the only paths to get there.

In many trap songs, for instance, an 808 kick is pitched down and played chromatically, giving the song a booming bassline. And both FM and wavetable synthesis offer musicians and producers their own unique ways of getting to deep and wide basslines.

Ultimately, the best thing to do is experiment. Approach both your hardware, DAW, and plugins with an experimental mindset. As with much of sound design, a lot of times getting a deep bass sound is a matter of trial and error, especially in the early going. Embrace the process.