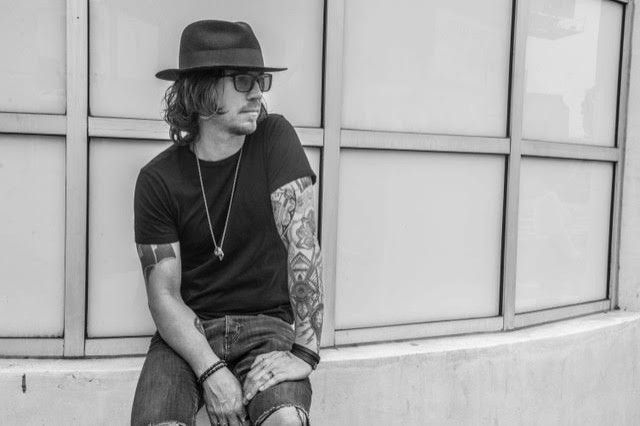 Rob Zombie, Marilyn Manson, John 5, and Hillbilly Herald—these are just a few of the bands that have chosen to record at Riott House Studio. Studio owner, Barry Pointer, sat down with us to talk modern production, working with the greats, and mixing metal music.

You’re a musician, engineer, writer, composer, and a studio owner. What’s your favorite role to play?

BP: Is all of the above an appropriate answer? I think it depends on the day. Each one of those roles is a full-time job, but in today’s world you can’t be just one of them. To me, being a musician first is most important. It puts me on a thinking plane with the artist and helps me in the creative stage of things. If you can’t understand the way an artist thinks, forget everything else. I’m a collaborative person and love working with people and their ideas, no matter what I’m doing. That being said, I’ve never been a “follow the rules” person. So in creating Riott House, I’m able to take my time to connect with and understand the artist, what’s behind the song, the emotions, lyrics, etc.

You’ve worked with some legendary musicians, what’s the most valuable lesson you’ve learned working with the greats?

BP: With anyone, comfort is key. Without it, it’s over before it starts. The bigger the name, the more comfort required. Artists are subjected to so much more criticism than compliments, whether it’s music, painting, film making, it doesn’t matter. Our lives are filled with other people’s opinions and if you’re going to work with someone and help guide the art, then they first have to be comfortable with the environment and with you. And it’s not something that can happen over time, it has to happen instantly. There are no second chances with this first step and once it’s achieved, all guards go down and the magic begins to happen.

BP: There are a few things that stand out. Drums, for example, the kit is usually much bigger than a normal rock kit and everything is going to be close mic’d. So more mics means more potential phase issues. The bulk of the drum sound will come from the close mics with the overheads being minimal and typically no room mics will be used. DI’s will most likely be used so if the re-amped signal is combined with the DI (bass guitar) then it’s vital to make sure they are phase aligned, as re-amping can add a slight bit of time delay. EQing is obviously important in any genre, but with metal it can be what makes a song listenable or not. Separating the different instruments, different drums, etc., so there isn’t an extreme amount of low end build-up will make the low-end heavy track “cleaner.”  Subtractive EQing and HPFs are our best friends here.

What’s the most important element of a metal mix? Does it depend on genre?

How do you approach mixing different instruments in metal? How do drums differ from vocals, etc.?

BP: I tend to start all mixes the same way, I establish an overall mix with nothing on the tracks.  From there I will start to make tone adjustments followed by compression, etc. It can be very tempting to focus on the drums first, but that will usually back you into a difficult corner when you work on the other instruments. Once I get a decent track mix with nothing on them, I set up my busses, mix groups, etc., and add some “glue” compression to each of them. I like to then find where the vocals are going to sit before diving into shaping the tones of the other instruments.

What albums do you consider the best-produced metal albums out there? What makes them stand out?

BP: This is a tough one. It’s like asking me my favorite guitarist or favorite band. I don’t have “overall” favorites with much of anything, there are just too many factors involved. But if forced to pick, for me the obvious answer would be the Black Album. The tones were just so powerful.  I just took my seven-year-old son to see Godzilla: King of the Monsters and at the end when Godzilla reclaims his throne from Monster Zero, well, I compare that to the Black Album. The guitars are literally a wall of sound. The bass guitar hits you right in the chest. The punch of the kick drum is just plain angry. The vocals command an authority that you simply can’t ignore.  Again...Godzilla.

Metal music has evolved a lot over the course of your career, how have you seen sub-genres evolve?

BP: With early “heavy metal” tagged bands like Led Zeppelin, Sabbath, Judas Priest, Iron Maiden, it was all so different and many evolved into other genre classifications. Then came the era of Mötley Crüe, Ratt, Ozzy, etc. Metal became more musical in the sense that it became more widely listened to. I think that is when we really started to see the deeper genre classifications make their way to the surface.

Now, keep in mind, this is only my opinion and how I came to know metal. KISS was a very influential band for me, and even they were considered “Heavy Metal.” My younger self’s determination of “metal” were bands like Anthrax, Megadeth, Metallica, Dio, Queensryche, Black Sabbath, Judas Priest. Those were the metal bands I was listening to. The other great bands I mentioned were more Rock/Hard Rock to me. […] It’s really like any genre, the more something evolves, the more we seem to think it needs its own classification. I’m less about titles and more about good music.

Do you find that you produce differently based on genre?

BP: I think there's always going to be a little bit of crossover, no matter what genre it is. One particular thing that crosses as over, whether it’s a metal tune or a straight-up, old-school country tune, is my approach at the mixing stage. I do all of that the same, no matter what the genre is. Bring the faders up, get a nice level with nothing on it, and then work backwards from there. I do spend extra time, in the beginning, getting the tones that we want or tones that we like going in. A little bit of extra time there—and sometimes it's just knowing your gear really well—but a little more time, in the beginning, is going to save a lot of time the rest of the way.

The accessibility of technology is allowing a lot of producers to replicate studio sounds. As a studio owner, what do you think about “bedroom producers” and the trends toward more at-home production?

BP: Clearly with technology today we can make some pretty good stuff in our bedrooms. There's a lot of stuff out there now that’s being done that way. No matter whether you're in your bedroom, doing it all in the box, or you're in the highest-end studio, the thought process is all the same. You have to know what you're working with. You can manipulate your plug-ins to sound amazing, but you have to know how to use those things. You have to know how to use the amp simulators to make them sound as close to amplifiers as you can. If you're using real vintage amps, then you have to understand them. So it's understanding your tools and how to use them.

And if you have that, you can get good stuff no matter where you’re working. … Take iZotope products, for instance, they're not made for any one type of producer. They're not made for any one person. They have a place in all levels of production work. It’s just that, the more time somebody takes to learn what they can do, the more they're going to be able to get out of them.

Do you have any advice for those producers looking to get where you are?

BP: You have to keep at it. Just keep doing it and never stop learning. I never stopped learning. Every day I'm reading something or watching something just to see other ways of doing the things that I'm doing. And I think, from that, you begin to develop your own style, and that style can cross over to whatever genre it is that you're working on.