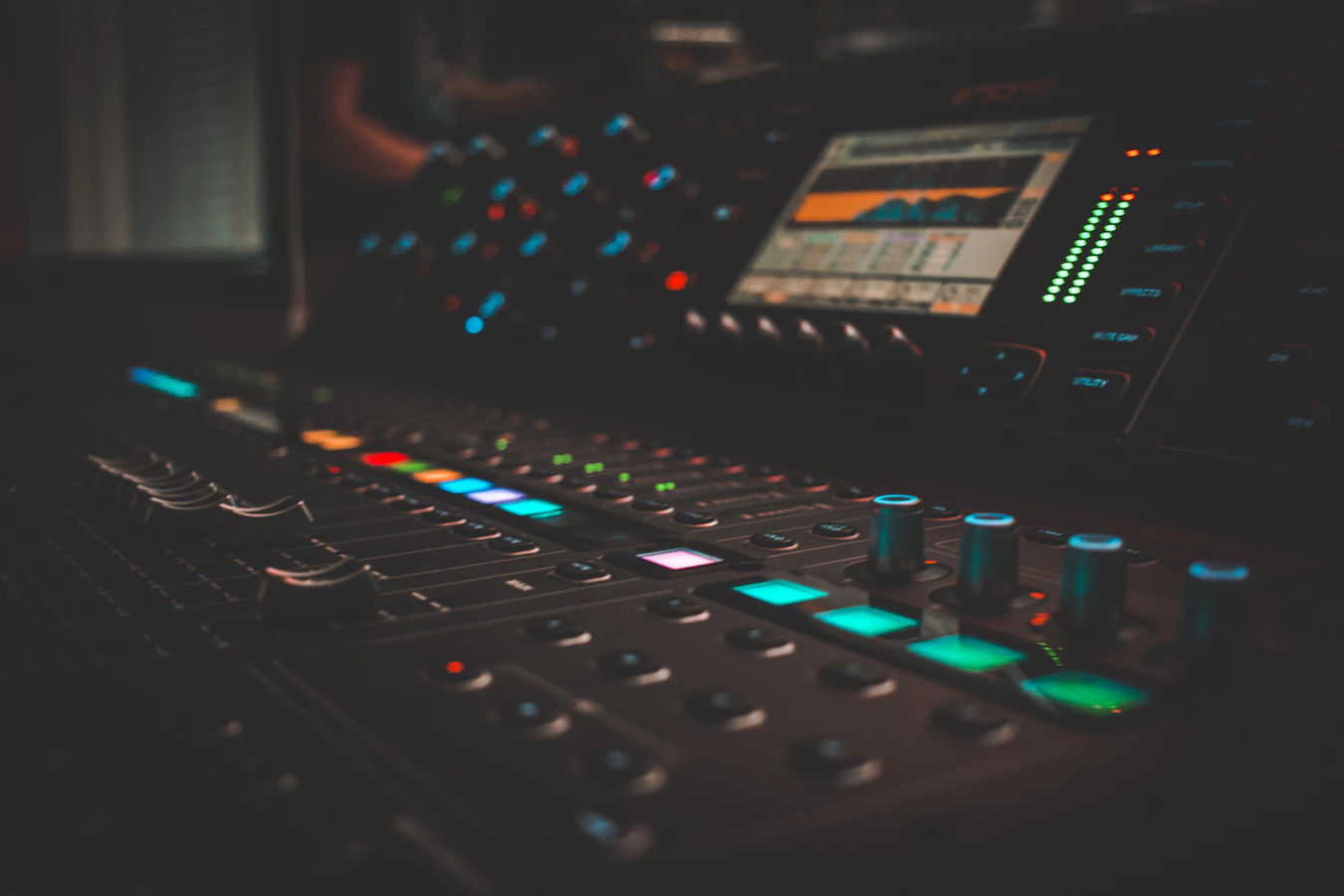 With the same DAWs and plug-ins used in both music production and mixing, it is becoming harder to determine just where one process ends and the other begins. “Mixing as you go” is one of the more influential changes to workflow in modern music and a controversial one at that.

Long before a song is done, we place plug-ins on the output channel to get stream-ready sheen, as well as make decisions regarding panning, compression, and level while still writing instrument parts. While it can be done, is mixing while producing music advisable?

In this article, we’ll look at both sides of the coin to determine whether bundling these two stages together or keeping them as separate is the best choice for you.

If you create electronic music, you will likely mix to a certain extent as you produce. In fact, some of the best dancefloor tracks reject melody in favour of sound design—and many of the sounds you hear in them are only made possible by combining plug-ins, sculpting with EQ, and automating parameters at an early stage in the production process.

Compared to pop music, where song length, musical form, and instrumentation choices are restricted, electronic music (especially on the more experimental tip) is more open to unconventional composition and workflow, as long as it goes off in the club. It's also not uncommon for producer-DJs to test their unfinished music on club sound systems during gigs in order to reveal shortcomings or confirm danceability. The back and forth between production and mixing, then, feels more natural.

Spending too much time with mixing tasks before a song is done, however, can hamper the creative process. There is no end to tweaking parameters in a DAW, making it easy to get distracted by “sound sculpting,” when really, it’s structure and arrangement that need your attention. I wager this is a main reason so many producers get stuck finishing their music. If a snare is horribly loud in comparison to the rest of a drum kit, do turn it down, but prolong balancing tracks at a surgical level until major song elements are in place.

To get faster and louder results, some of us skip the mixing stage and begin to plop plug-ins on the output channel long before a song is even done. This too, is a distraction from finishing music, and it holds little value to crowd your output channel if the session doesn’t already sound great. You will also complicate mastering by eating up headroom—bouncing a stereo mix with 1 dB or less of space leaves engineers with very little to work with.

If you do subscribe to a mix as you go workflow, having a setup that allows you to reference a mix on multiple playback systems (ie. tweeters, laptop speakers, headphones, car stereo, etc.) is of benefit. We quickly adjust to the acoustics of our studio and may end up compensating for irregular frequency responses with decisions that actually work against our mix. Using a different monitoring setup (or simply bringing it to a new room) will reveal problems you would have otherwise not recognized. If you spend 10 hours producing and mixing a song, this will keep your listening perspective fresh.

To reduce some of the mixing that can derail a production session, however, it could be to your benefit to curate or create a library of pre-mixed sounds you can pull from at any time during a session. Instead of starting from scratch and trying to enhance sounds to commercial standards, you can build songs around these sounds, then add bits to fill in the gaps.

Finally, to test whether this process is really the best decision for your music, fully produce and mix a song in a single DAW session, then create a project copy where you remove all plug-ins and even out levels, and start the mix over. When you’re done, compare the two versions—which one sounds best to you?

What about placing a clear barrier between production and mixing? Music producers and mixers each have a distinct set of skills for their craft, making for some major benefits to leaving the two processes as separate. Given the commercial and collaborative nature of pop music, this is a preferred approach for the genre. Let’s take a look at the typical production cycle of a pop song for a better understanding:

As you move through the list, tasks shift from a highly conceptual state to something much more focused and detailed—with the goal of satisfying the intent of the artist and hitting commercial standards.

What is even more important to note is that subsequent steps aren’t supposed fix what came before it. Just as a producer isn’t going to rewrite lyrics, a mix engineer shouldn’t have to rearrange song structure, tune vocals, or introduce a new instrument.

By only starting the next stage once the previous one is complete, the quality of your music will greatly improve. In the previous approach, mixing is an extension of producing, but here, it is a transition phase from song creation to completion. Simply bouncing tracks to audio then bringing them into a new session to mix will push you commit to the sounds you made as a producer and change your focus to that of a mixer.

As a producer, the potential for a song begins to show itself after two or more sounds interact with each other, and this potential remains in flux as you bring in and remove elements. To properly mix a song, on the other hand, you need a clear idea of where you want to end up in order to guide decisions—otherwise you’re bound to make rookie mixing mistakes. There is always going to be some overlap between the two phases, but keeping this overlap to a minimum may very well be what your music needs to shine.

Get the latest tips on mixing from the iZotope blog.

Can a professional do it?

If you can outsource mixing to someone with more expertise in the area, you might be more satisfied with the results. Just as you call on vocalists and instrumentalists to provide their talents instead of having a go at it yourself, hiring a mix engineer comes with advantages.

For starters, a professional mixing engineer will handle the process with total commitment—their livelihood and reputation depends on it! They will also have access to high-end gear you don’t own yourself, know the commercial standards for multiple styles of music, and understand your intentions by way of critical listening or a song reference.

What stops most people from doing this is money. While I cannot speak for your financial situation, if you are self-releasing music or shopping songs around to labels, it is in your best interests to present the best possible product. For music with a strong rhythmic or low-end emphasis, this is even more important.

You can find local engineers with a quick online search, through friends, or even a music department at your university. Demos are what gets heard by gatekeepers and what gets released into the world, so if professional assistance is what you need to get to the stage you want, shelling out is a reliable choice. Just the experience of hearing one of your songs mixed by a seasoned pro will tell you a lot about how the process works.

It goes without saying that in today’s music production climate, there are few rules to the way songs are created. You can easily record any sound and use it as a sample. Order effects in ways never done before. Isolate stems from pre-existing music for remix purposes. The list goes on.

Depending on the music you make, as well as your experience and budget, mixing while producing just might work. But, if you have never treated these processes as separate or hired a professional to mix for you, you might also be missing out on opportunities to make a greater impression with your sound.