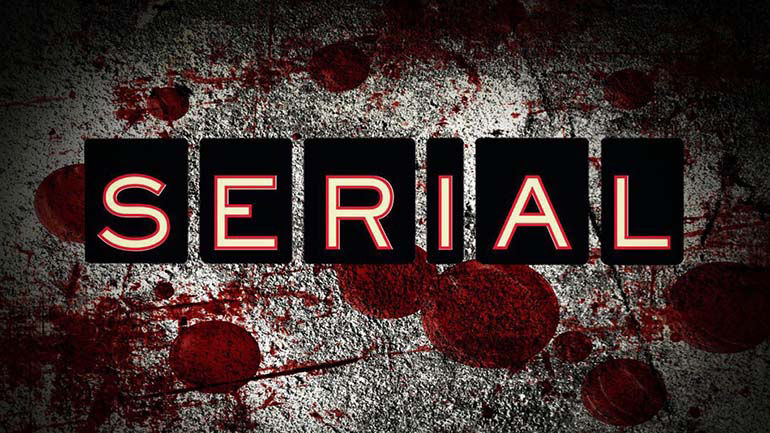 Mark Henry Phillips takes a cinematic approach to mixing and composing for the popular podcast Serial.

Podcasts have become a legitimate cultural phenomenon over the last few years. Readily accessible home technology and a flowering of niche audiences have given rise to a near limitless number of topics—it's now just as easy to hear world leaders as it is to hear poodle groomers in Finland.

With this expansion of the form comes the need for experimentation and unconventional techniques. One very popular program in particular—This American Life's Serial— has given Mark Henry Phillips, a Brooklyn-based composer/mixer/sound designer and musician, an opportunity to elevate podcasts into something as close to art as the medium has produced.

Mark’s arsenal of storytelling techniques, gleaned from years of in-the-trenches experience as a reporter, producer, and editor, have helped transform Serial from an auditory-only medium into a multisensory, tactile experience—all with a little help from RX and Iris.

Focusing on the Story

Mark cut his teeth over a six-year career in public radio and film. The experience taught him a crucial lesson: when to forget about the tech and focus on the story. He learned to approach his projects holistically, seeing music and sound cues as supporting elements in service to the overall narrative.

As a freelance reporter for Radiolab, a documentary-themed radio show/podcast, he was first introduced to the idea of a cinematic approach to sound design. “[Radiolab] was just as involved as a film,” Mark says, “but it doesn’t sound like a film. It sounds almost like an album or like a crazy ’60s science record.” "I think the first step to making a perfect track is actually to not think about music and instead try to truly understand the story, the pacing, what the characters are feeling, what the audience might be feeling."

Unlike, say, jingle writers, a mixer/composer’s work can often go unnoticed on the surface level. You may not walk away humming the tune, but the music and sound cues affect the listener’s experience nonetheless. That just-under-the-skin obliqueness is how Mark approached mixing the score for Serial, giving the podcast its mesmerizing, cinematic feel.

Getting Started with Serial

It was a combination of "right place, right time" opportunity and years of industry experience that brought Mark to this point his career. He grew his network quickly in the small world of public radio, and his friend Alex Blumberg, a producer who started the Planet Money podcast, recommended him to Julie Synder, who produces Serial. The rest is history. (Mark shares composing duties with Nick Thorburn, who is responsible for the bouncy-yet-ominous theme song and other songs within the show.)

The first season of Serial investigated the mysterious 1999 death of a popular Baltimore high-school student. The podcast drew huge audiences because of its dedication to great storytelling. As the top download in multiple countries, Serial has quickly become the most popular podcast in the world. Episodes are downloaded an average of 1.26 million times per episode—the equivalent of going platinum every week.

Having sound that has been well-edited is key so that the audience stays focused on the story. “When composing music for film and commercial projects,” Mark says on his website, “my goal is to always create a piece that helps tell the story. I think the first step to making a perfect track is actually to not think about music and instead try to truly understand the story, the pacing, what the characters are feeling, what the audience might be feeling.”

The Tools of the Trade

RX played an integral role in Mark’s mixing and scoring. “I think more than anything that [RX] was the most transformative thing that I brought to it,” he says. For example, much of the archival audio sources were recorded on tape. “There’s no way to just do that on the fly,” Mark says of the painstaking treatment of “old hissy, super-noisy tape.”

Another way Mark was able to make the audio seem more real was to highlight nuanced character traits like evasiveness or untrustworthiness by eliminating distracting tape hiss. Getting rid of the grit and the dust contributed to a more enjoyable experience, as well as keeping audiences immersed in the story. (He also used RX to decrease distortion on one of the lawyer’s infamously far-from-sonorous voice.)

Serial needed neutral sounds, sounds that weren’t ominous or obvious, to keep listeners from reading too much into clues. For example, sounds that were too ominous would suggest the speaker was untrustworthy, while sad sounds might elicit feelings of sympathy. So Mark found it useful to have go-to neutral synth and piano sounds, especially when working quickly under a tight deadline. He worked out a process of mixing and creating cues, relying heavily on Iris.

“I like [Iris] because it’s not an emulation of a synthesizer,” Mark says. “It’s really unique sounding, and felt like it was a really great extra color to throw into a lot of the scoring.”

Taking the Next Step

Behind every great story is a great storyteller. And while Serial host Sarah Koenig understandably gets the majority of the attention, the popular podcast has also brought Mark's work to a global audience.

So what's next for Mark? He's eager to take on more film scoring in the future. Traditionally, he's brought in during the later stages of a film, so he's excited for an opportunity to take ownership of a project and help craft the overall sonic feel.

But whatever the future holds for Mark, his background in both the technical and editorial aspects of storytelling continue to be an asset. "I feel like my key to success [...] is just doing a lot of different stuff, and doing sound design and doing mixing and music and scoring and podcasts," Mark says. "I definitely don't want to pigeonhole myself and only do one thing."

With the massive success of Serial behind him, Mark is well prepared to tackle whatever new auditory challenges come his way. His own story, it seems, is just beginning.

Produce the best sounding audio possible with a workflow designed to save you time. Try RX and RX Advanced.