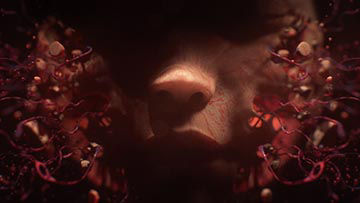 Read part 2 and part 3 for more insights into the production of audio for video.

Whether it’s music, art, animation, or writing, the creative industries all have one thing in common: they think conceptually. No matter what medium you use—paint, words, or a DAW—the thing that drives it all is born within us: the concept.

At Echoic Audio, we produce audio for a range of creative projects, but it’s not our technical prowess that drives this success (although we’re pretty good at that too!) it’s our willingness to experiment, adapt, collaborate, and think conceptually that has been our guiding force in the world of professional audio.

Here are a few key approaches that informed our creative process, ensuring we made great audio for the animation:

The visual sequence revolves around the idea that, in a parallel universe, the power grid and communication networks have collapsed and thus, organic life begins to transform. Throughout the animation, there’s a beautiful, chaotic relationship between organic evolution and technological destruction. For the sound to effectively complement the animation, every audio decision had to be informed by this overarching concept. 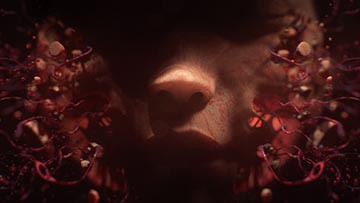 Your audio shouldn’t just sound real, it should feel real

To reflect this narrative, we started with very simple glitches and electrical drones, gradually adding more and more complex and emotional instrumentation as organic life develops. It was essential that the building complexity of the music represented the evolving complexity within the dystopian landscape. The instrumentation we used to convey this included violins, guitars, double bass, human voices, and a lap harp. By collaborating with real musicians we had an intrinsic organic, human element. This was absolutely key to the emotional impact of the piece, and all good music and sound for picture needs a deep emotional impact to feel real. 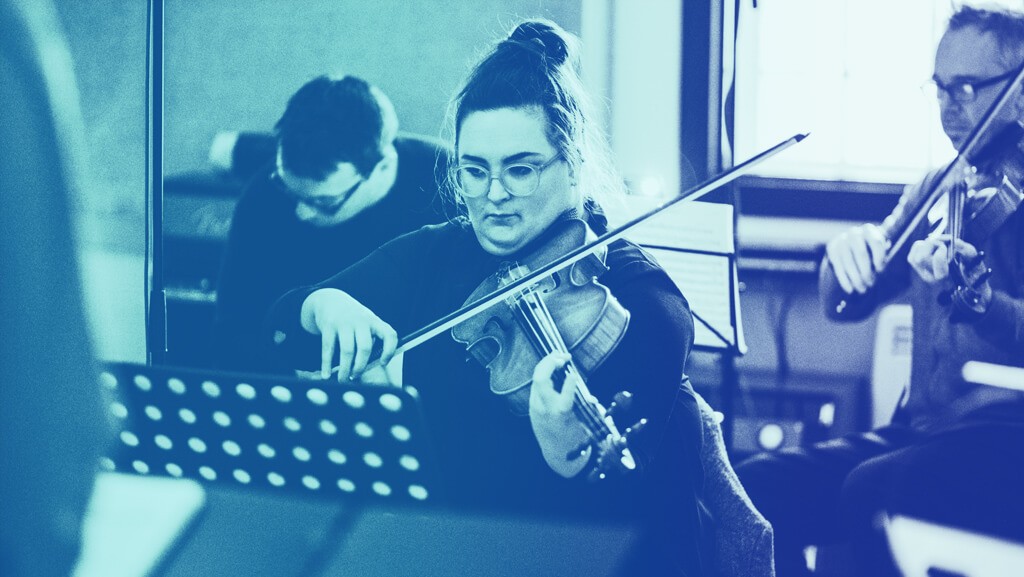 We then altered some of the recordings with experimental processing to create some weird and wonderful versions of the originals. We used guitar pedals such as the Particle by Red Panda and retro effects racks, such as the Eventide H3000 SE. The outcome reflected the overarching narrative concept of organic evolution versus technological destruction, as well as creating innovative audio with emotional depth.

Imperfections can be a good thing

Another fundamental aspect of the creative process was leaving some of the imperfections in the recordings. With all the amazing tools producers and engineers have at their disposal, the tendency can be to eliminate all unwanted noise and artifacts from any recording. But, more often than not, this creates a sterile, mechanical, too-perfect version of what was originally intended. This is why we chose to leave the breaths and unintended vocalisations in the choir crescendo at the end.

We used an EBow on stringed instruments, such as guitar and lap harp, to create unpredictable harmonic distortions and feedback circuits, further accentuating the disarray inherent in evolution.

We also encouraged the string players to bounce their bows off the violin strings to create ricochet sounds, as well as recording group portamentos. These worked brilliantly as a novel way of shaping builds and transitions as the piece developed.

We even left the sound of the pianist’s chair creaking in the recording of the piano chords.

Use computers to support your ideas, not define them

A computer is a great tool and a fundamental part of creating professional audio, but those who create the most emotive, realistic, and impactful audio for picture and animation use the tools sparingly. Overuse of these tools can often alienate listeners, creating something that sounds undynamic and inhuman. 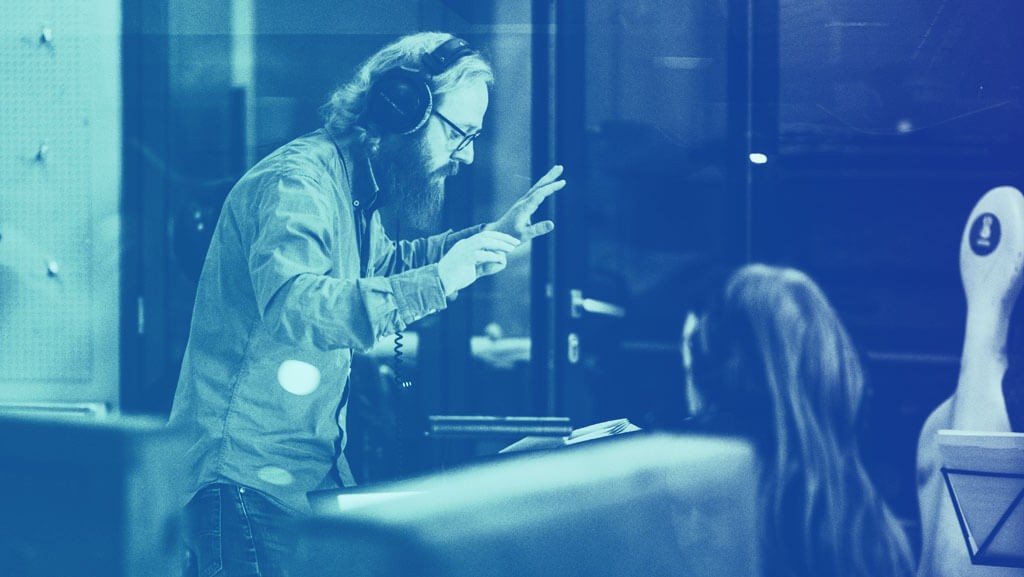 To give the piece an unpredictable, technological edge, we recorded a modular rig at Bristol’s Elevator Sound. Modular synthesis is great for experimentation, as it’s very hands-on. By playing with different parameters and routings, unexpected and strange sounds started to occur. We used these to create some low-end hits and some atmospheric textures. The randomness and variation really helped give the piece an authentic depth that VSTs don’t always achieve. Bringing it all together

Audio for picture generally has three elements: sound design, music, and dialogue. With so many different sounds and varying frequencies, creating a mix that lets each element breathe is absolutely essential. This piece didn’t have dialogue, but we still needed to make sure the music and the sound design weren’t competing against each other.

Using tools such as sidechaining with the dynamic EQ in Neutron, each element could have its own space in the mix. The sound effects had their own space, and so did the music, but they complemented each other throughout. Creating a symbiotic relationship between the different audio layers is fundamental to any immersive sound design that brings a visual piece to life. 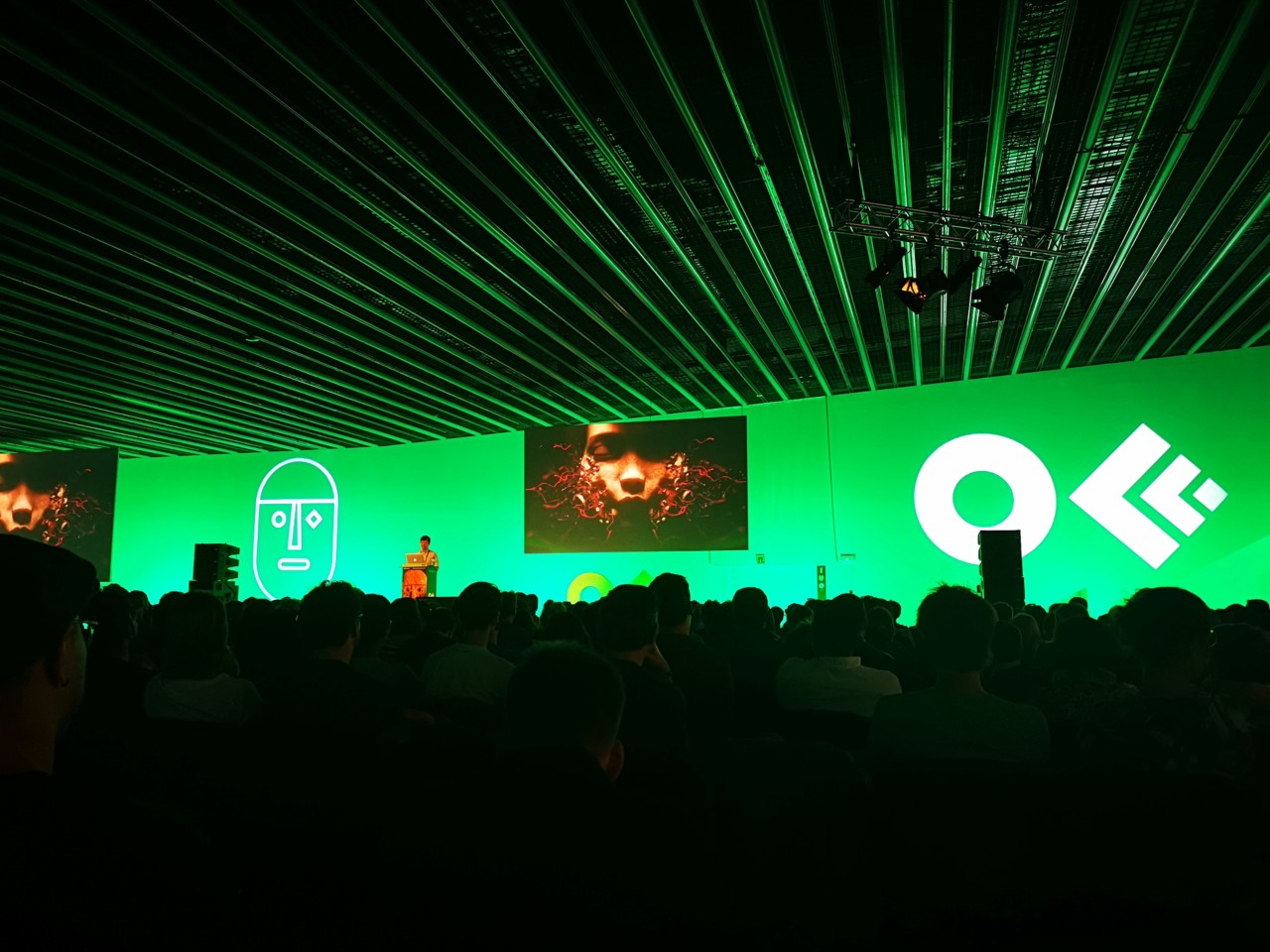 Audio for picture is an incredibly fun and varied professional path that we’d recommend to anyone, but always keep the overarching concept in mind. How can the sound reflect what’s happening on-screen? What is the most authentic way of achieving this? Let the concept inform the process and be willing to experiment along the way.

With some big ideas, a willingness to collaborate, and some technical know-how, who knows what you might be able to create?

Read part 2 and part 3 for more insights into the production of audio for video.