In part one of this series, we discussed the importance of using a conceptual approach when producing audio for picture. As a sound designer or music producer, having a core concept to base your creative decisions on is absolutely fundamental. It’s never just about “making sound.”

This is especially true when working with video. Everything has to be informed by the themes and ideas driving the visual piece—the sound design has to feel part of the action. Before we open a DAW, turn on a synthesizer, or pick up an instrument, we always dissect the video fully. We identify ideas, themes, and motifs on which to base our audio decisions. 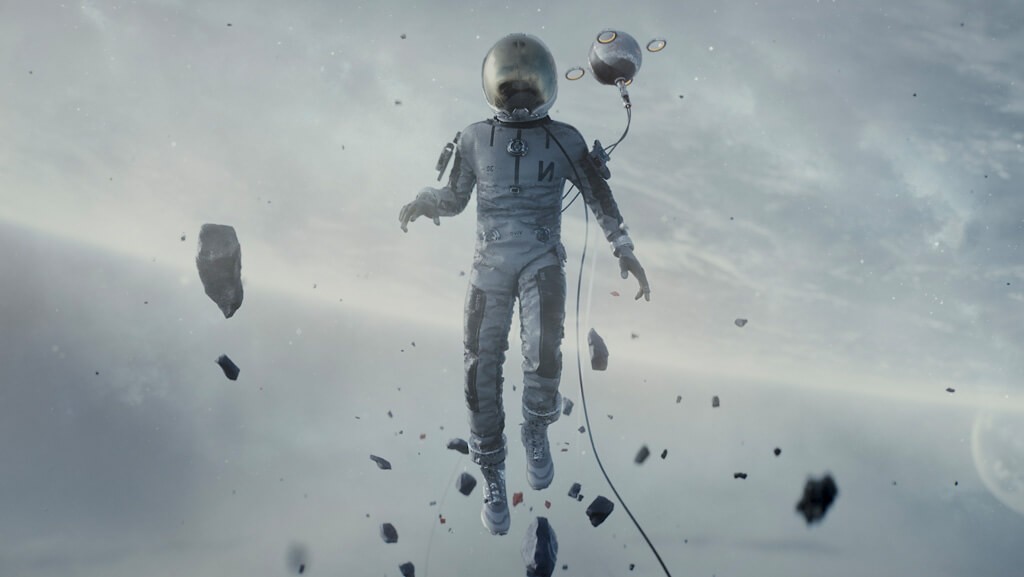 The project: "Right: A Reverse Film"

When we were approached by a client to create the audio track for a promotional film for a dual-screen smartphone, we knew it would be a challenge.

As the phone has a screen on both sides, the client created a video inspired by the idea of dualities—forward and backward, left and right, past and future, and all the playful possibilities in between.

With clever visual cues scattered throughout (a coin flipping, movement speeding up and slowing down, a ballerina as the opening and end scene), it’s an ambitious piece with a very strong narrative. There are even scenes played in reverse, further highlighting the strong conceptual approach guiding the action.

Whether it’s a place, a product, a relationship, or an emotion, being able to identify why a director has used a particular setting, a particular color pallette, a certain narrative style, or a recurring motif is part of the job of the audio producer. In almost all cases, the ‘why’ is far more important than the ‘how.’

Both musically and with the sound design, we wanted to play with the idea of reversal too; reflecting the phone’s key features, and enhancing the client’s ‘why.’ We also wanted to weave a sense of nostalgia into the overall audio aesthetic to convey the important role the theme of ‘the past’ plays within the narrative.

Figures in "Right: A Reverse Film"

The importance of a strong musical starting point

To open and close the piece, we see a ballerina figurine spinning. This is followed by a young boy leaving messages for his future self, wondering about all the possibilities that await him in the future. To reflect this childlike wonderment, we used a physical music box as our musical starting point. The recording was simple enough, but it took time to find the right box. Many music boxes play famous nursery rhymes or traditional songs and we needed something that wasn’t so familiar.

To give it an even stronger dreamlike quality, we added a huge Valhalla Vintage reverb to the recording. Not only does this create a vast, deep echo, it adds saturation and warmth. This was an effective way to complement the playful nature of the video, whilst supporting the ethereal, nostalgic interplay of past and future.

The music box set the key, tone, and melody for the entire music score (which is why it was so important that we chose the right box). Careful consideration of the musical starting point is crucial to the overall audio aesthetic in any project. Failure to have a strong, well-defined starting point can make or break professional audio production.

Still of music box from "Right: A Reverse Film"

About midway through the video, the music reaches a crescendo and we see the life of the main character flip—scenes start to reverse and time starts rewinding. To reflect this within the music, we recorded pianos, bells, and people singing, and then sequenced them in reverse after the midway point.

The overall sound design also emphasizes the space-time manipulation happening onscreen by using reversed audio recordings of church bells tolling, combined with reversed hits, sweeps, and rumbles for builds and transitions. Scattered here and there are subtle astronaut voices to help set the scene too. These complex textures were designed to be warm and deep, staying true to the nostalgic feel of the whole piece.

Be disciplined with your creativity

If you’re not disciplined in your approach, you can quickly find yourself using techniques, tools, and recordings that may sound interesting, but are at odds with the aesthetic onscreen.

By constantly referring back to the core idea, the director’s ‘why’ (in this case the duality of ‘forward and backward’ inspired by the phone’s dual-screens), we always had a framework by which to judge the effectiveness of the audio.

Still from "Right: A Reverse Film"

For the dialogue, we treated it a number of ways. We used a variety of saturation tools and subtle distortion. The boy’s dialogue was EQd much higher, cutting all the low end to convey being spoken through a phone receiver. This lack of depth also gave a thin, grainy property to the voice, adding to the idea that it exists within a past reality.

For the dialogue of the adult, we gave it some extra warmth and depth, implying it is taking place in a semi-present alternate reality, distinct from the boy’s dialogue. It’s at this point the audience learns that the boy never actually became the astronaut—this future was just one of the many possible futures he could have chosen. But we still had to be careful with our EQ here to ensure it sounded like it was being spoken through a microphone inside the astronaut’s helmet.

As this was an online film, making sure the levels of the mix were appropriate for online platforms was essential too. Depending on where your audio will eventually sit, the loudness standards can vary greatly. It’s always worth double-checking this if you’re mixing and mastering yourself.

We monitored our levels using iZotope Insight. It’s an ace tool for getting the balance right in any final mix. We prefer to mix the peak loudness at around -14.0 LUFS to -11.0 LUFS. Personally, we think this is a good level for online mixes so they can retain natural dynamics. Audio in the -7.0 LUFS to -9.0 LUFS range tends to sound too aggressive, losing all its dynamics and verging on being distorted. 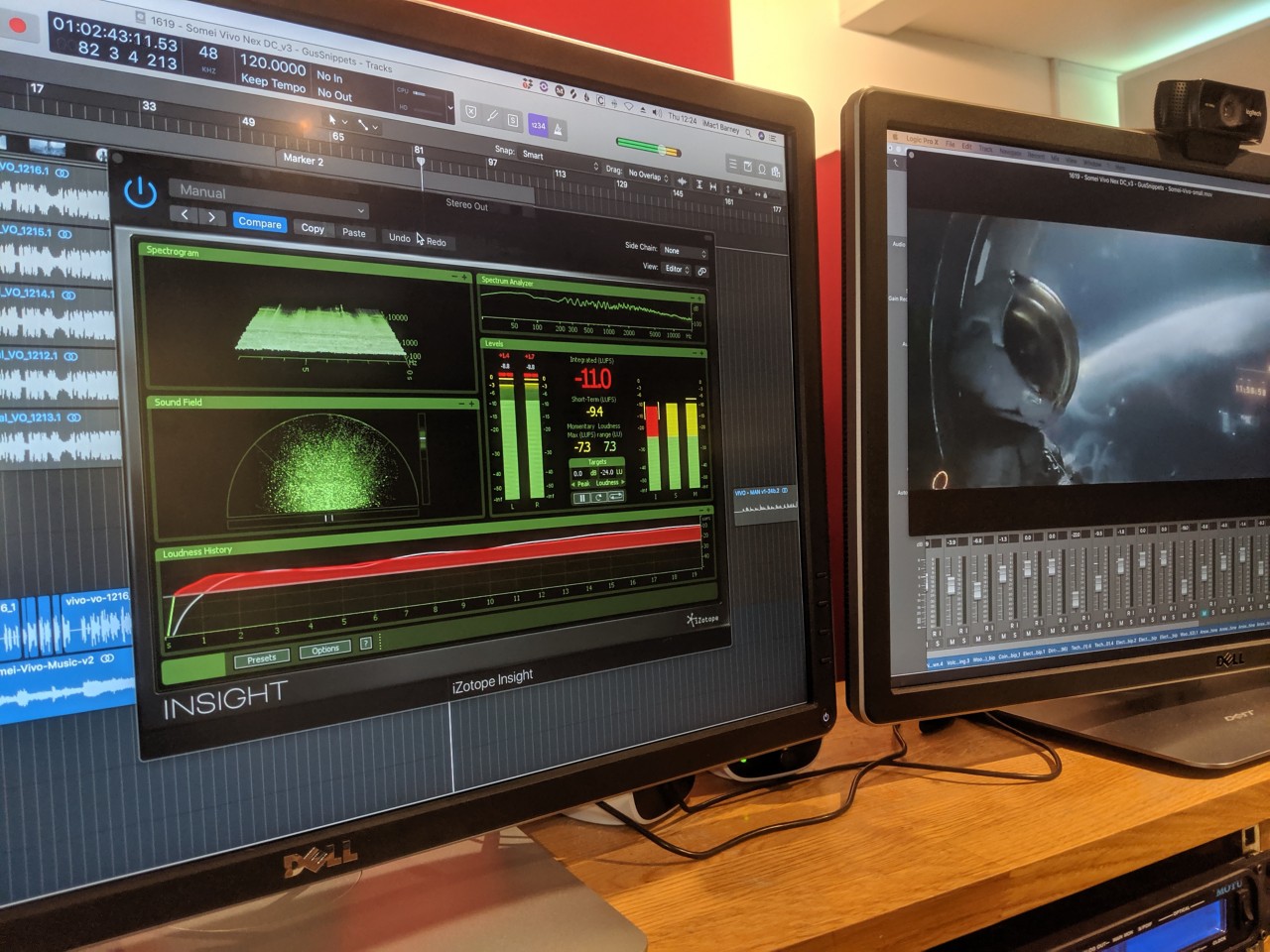 Become part of the story

If you find yourself working on a film or animation with a strong emphasis on narrative, it can be easy to let your creativity run wild, and there’s absolutely nothing wrong with that—it’s one of the reasons we love doing what we do. But you have to be careful not to lose sight of why you’re making the audio in the first place.

By distilling the visual sequence down to its most fundamental ideas, you always have a reference for any audio you make. A strong, well-defined starting point is key—ensure it fits with these ideas, and, as you progress, any creative decision should enhance the overall feel. That way, your audio will become a key part of how the story is told.