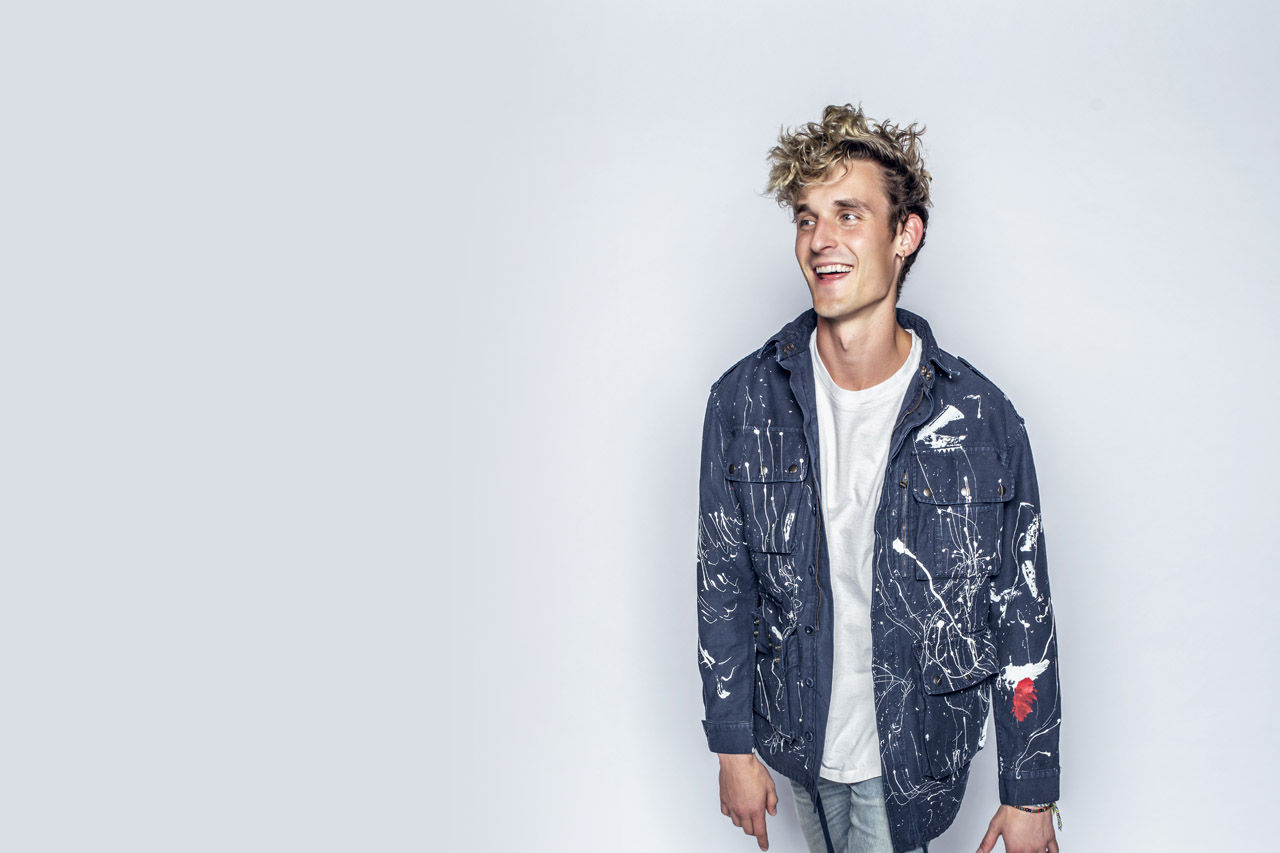 “Got the rhythm in my soul, feeling damn good.”

That’s the tagline of GRiZ’s most recent single “I’m Good,” and it represents his music well. Describing his sound as “future funk,” GRiZ blends soul, funk, hip-hop, and electronic music into an upbeat, groovy style all his own. Build sections may feature the pitch-rising synths, noise-sweeps, and drum rolls that are familiar to fans of EDM. Then the song might drop into a saxophone riff, classic electronic keyboard, tambourine, or trap drums. All of the sounds are recorded and mixed pristinely, and the songs are just fun to listen to.

GRiZ has been hard at work for the past two years on his upcoming album, Ride Waves (featuring Snoop Dogg, Wiz Khalifa, DRAM, Yoshi Flower, Bootsy Collins) but he took some time away to answer my questions about music production. In this interview, GRiZ offers advice and techniques for aspiring producers and his outlook on the future of music.

1. In "It Gets Better," there's a children's choir in the chorus. What's the story there, and where did the idea come from?

For “It Gets Better,” I had some thoughts I wanted to get out musically and thought it would be pretty rad for a group of kids to deliver it. I was in Chicago and we invited the Anima Glen Ellyn Children’s Choir out. It was their first time in a studio. We all had such a blast.

2. What is your fondest childhood musical memory?

I’m fond of this even though it’s embarrassing. In middle school I had a saxophone solo—stood up in the middle of our band’s show to perform it and then completely choked. I was too nervous!

3. What advice can you offer aspiring electronic music producers making tracks in their bedrooms?

It's important to understand how sound fills a room. Playback in your room vs. a club or a car is super different. It really all depends on what you like hearing so don't stress too much about a 'standard', this is where your mixing style will come from. Nothing is right or wrong.

I’d say the more personal it is to you, the better. People who push the industry standard usually get rewarded. The last thing I'd mention is that you don't need a crazy studio to make sick records. Some of the coolest tracks come off of laptops and humble studio rooms. You've got everything you need because you have your brain.

4. Your songs have great low end. What strategies do you use to mix the kick, bass, and other low-frequency sounds?

Thanks! I make sure to low-cut any track that isn't meant to contribute to the low end. The more room I have, the better. I usually sidechain compress my kicks against my sub bass. If I’m working with a synth 'bass' sound, I low cut it and then create a sub channel that mimics the movement of that synth 'bass' filter sweeps.

5. I also admire how your songs use hard-hitting drum samples but still have a pocket and groove. How do you achieve that and avoid the robotic feel of a grid?

Get off the grid! Push your samples around. Snares can hang behind the beat, but your kicks on the 1 should always come on time in my opinion. Hi-hats on your quarters—at least the 1 and the 3—should be pretty close. From there, experiment with existing somewhere between straight quarters and thirds. You'll find a swing.

6. Do you typically use analog or software synths (or both)? Which ones are your go-tos?

The analog world is mad expensive. When I first became a producer, everything was digital. Recently I've been going a bit more analog. I think either way it's important for me to know that if I'm capturing an audio source, it’s the purest source I can find. Then I can darken, stretch, chop and pitch from there.

I love my UA 710D preamp. I use the Neumann U67 mic for almost everything. I dig my Mesa Boogie amp and my SV-1 keyboard. Prophet Rev 2 and Prophet 6 synths are great. Kontakt is amazing for soft synths. I also love the iZotope VocalSynth plug-in, Serum, FabFilter Pro-Q & MB, Fm8, Massive, Ozone everything, Goodhertz Vulf Compressor, and UAD’s LA2, Culture Vulture and Oxford Limiter.

7.  What iZotope plug-ins do you use, and how do you use them?

VocalSynth is awesome. I use it for pitch correction, and then layer the poly-harmonic vocoder on my saxophone for textures and vocals for backups.

Nectar is so next level. That frequency following adaptive EQ is some really crazy math. I don't totally get it, but I REALLY appreciate stuff like that. The Ozone Imager creates some good space for synths and the Exciter is great for multiband compression styling.

9.  What trends do you see in the world of electronic music production?

The way I see it, technology and creativity co-create each other. Technology develops out of necessity, an effort to outdo what was just created. Creativity tells technology what it wants it to be, not what it was necessarily made for. Technology then adapts to that need. The circle goes. Like it or not, the computer is a legitimate musical instrument now. Technology is continually progressing and packing down into smaller, more efficient things.

I think computers are going to become obsolete someday – that we will eventually develop a digital consciousness of sorts. Composing music just by thinking of what it might sound like, for example. There's a current limit to imagination and creation. It's slow. No matter how fast you type, record and create, your idea will mutate in the gap between idea and creation. Which is cool and fine, but being able to create entire compositions via a stream of consciousness would be nuts.