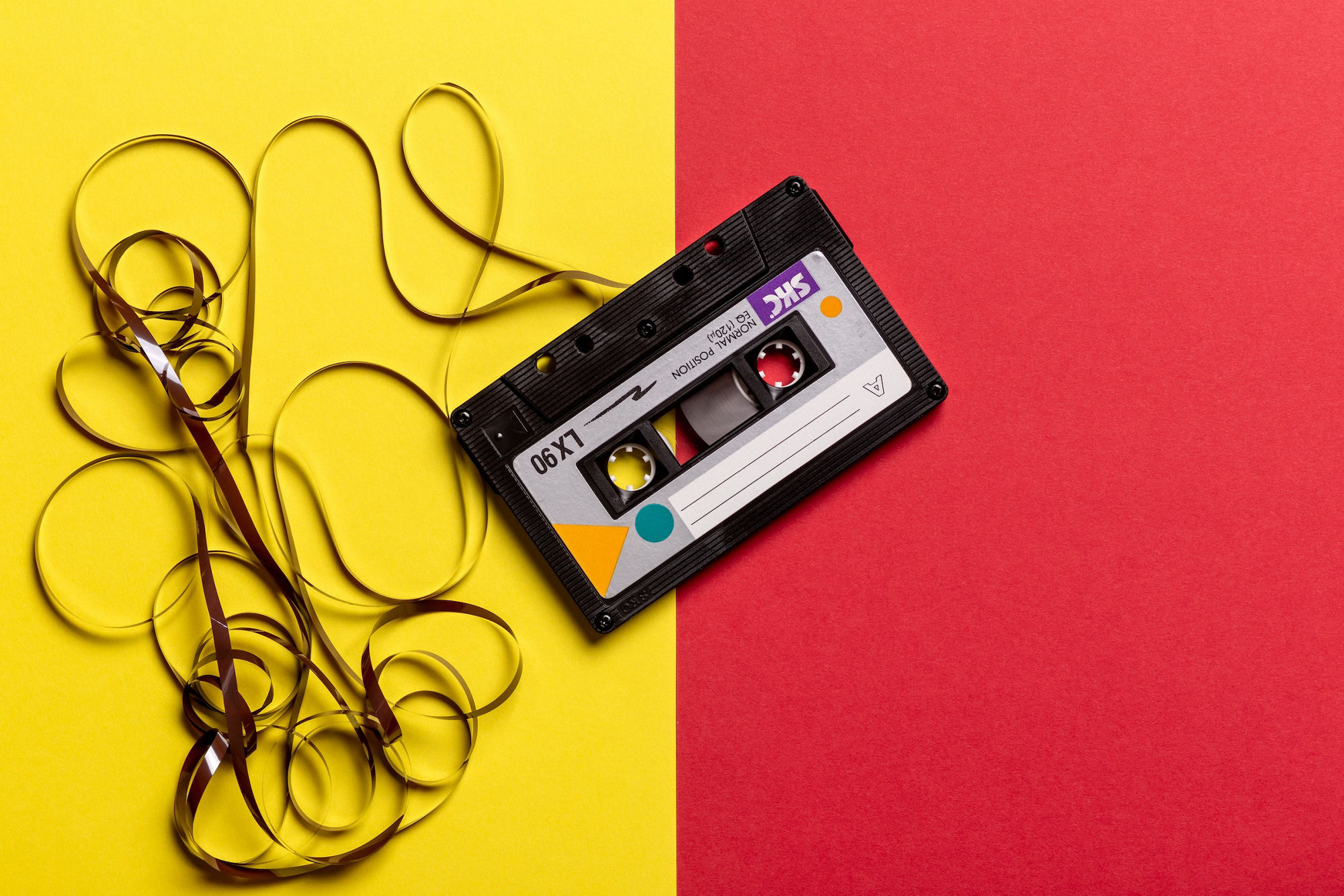 Has this ever happened to you, friend? Have you ever received a mix with a central, leading element lacking in excitement or intrigue? Say it’s a synth that just doesn’t exude spirit. Maybe it’s a vocal lying lifeless on the plate of the arrangement, somewhat like a piece of cooked fish. Perhaps you’re facing a single-note guitar solo that has no jive, mojo, pizzazz, or je ne sais quois.

I’m sure it’s happened to you, because it’s definitely happened to me and all my peers. If you find yourself in this situation, please feel free to borrow the following tips and tricks!

If your lead element is feeling a bit lifeless and boring, try some harmonic distortion to give it some vitality. The kind of distortion we’re talking about isn’t the sort issuing from a screeching Marshall stack. Instead, a subtle amount of harmonic distortion, blended into the signal, can bring out or emphasize overtones already inherent in the tone. This, in turn, imparts life.

Neutron provides an excellent Exciter that can be used to apply harmonic distortion on all sorts of instruments, from drums to vocals. In the case of a lead-synth line, guitar line, or vocal, give the Exciter module in Neutron a try. It features four different types of harmonic excitement in a simple-to-implement matrix form-factor, so you can slide between various types of distortion, blending their characteristics together until you get something interesting. The module also offers multiband operation, so you can affect different parts of the frequency spectrum in specific ways.

Quite often, I like to go wideband at first, and juice the distortion type/amount until I hear something both appropriate and ear-catching. One I have a level I like, I may click in more bands, or I may save that till later (or skip multiband altogether). Either way, I’ll inevitably back off the mix of the distortion until it sits well, recalibrating the amount of distortion if need be. That’s roughly how I work. Alternatively, I might use a dedicated distortion plug-in, like Trash 2, which allows for some truly interesting tonal features that can be blended into the mix.

If the signal is feeling narrow, perhaps it’s a matter of adding width to the part, so that it envelops the listener more. There’s nothing wrong with a point-source mono signal; it can be strong and solid. Sometimes, though, a mono sound can come off feeling thin and wimpy in its surrounding context. Conversely, you might just need a variation in timbre for the section at hand (I’m looking at you guys, pre-chorus and bridge!). Widening the sound can come in handy for either instance.

It might be a simple matter of widening the signal within Neutron’s Visual Mixer, moving the slider until the sound is pleasantly girthy.

That could be enough. However, multiband widening could be required, and here iZotope’s Ozone offers a couple of options. A simple EQ in M/S mode can help you boost frequencies on the side and cut others in the middle, and this will impact width drastically (it might also mess with the phase, so be careful!). Alternatively, Ozone’s Imager offers a broader tool for widening whole chunks of the range, with stereoizing options that introduce psychoacoustically effective delays.

That’s three tools right there, though you could try yet a different widening approach, which would be…

Sometimes the excitement of width comes not in spreading the signal across the stereo spectrum, but in doubling the sound and panning those clones in interesting ways. This can create an effect reminiscent of stereo-chorusing and add some width to boot.

I must confess that I used to employ a plug-in offered by one of iZotope’s competitors for this effect—until I came across Nectar and its Harmony section. I find its operation intuitive to use, and despite Nectar’s designation as a vocal processor, the Harmony module can be used on all sorts of point-source instruments, from vocals to synths. The scalar interval of the copy can be chosen in an easy-to-see window (in this case, choose unison), and the matrix control makes assigning the levels/panning of the copied sources a cinch. You can control pitch and delay modulations on a corresponding tab, pictured below. Everything can be automated with ease, and the sound is natural and crisp—unless you want to dirty it up later with Nectar’s Saturation module (similar to the Exciter of other plugs, but not the same).

If the signal is too dry, you might need ambiance or delay to spice up the goings-on. You’re probably familiar with adding time-based effects over busses and auxiliary channels, but if you’re already using Nectar, you can make use of that module’s excellent delays and verb. Just make sure to situate the blend and filtering of the signal just right—a process that should be done by ear, and not necessarily with the element in questioned soloed.

While we’re writing about Nectar, this seems like a good time to point out its other beneficial processes, including saturation (refer to harmonic distortion), shred effects, and pitch modifications that can lend an interesting feel to the lead line.

Sometimes, you just need to try an effect that’s creative, ear-catching, and perhaps technically wrong. Randomly automating the right side of a sample delay can be one such trick. Here’s another one, easily accomplishable within Nectar:

If my lead-line displays humanistic variance—as in, if it’s a vocal, or an instrument that features glissandos/portamentos—sometimes I like to send the signal to an aux track. On this auxiliary track, I put on a really fast pitch-correcting algorithm and a delay, with the delay all the way wet. There’s something wonderfully weird about pitch-corrected delays, or pitch-corrected doubles, when they beat against the original signal. Yes, you may notice artifacts, particularly when you try this trick with guitars and synths. But this isn’t necessarily bad: sometimes a technically “wrong” sound makes for a most interesting timbre.

Luckily Nectar lets you do both operations in one plug-in. Just set up the Pitch Correction module on an auxiliary channel, set its speed quite fast on a chromatic basis, turn on the Delay module, turn that all the way to wet, tweak to taste, and blend with the original signal.

If you’re looking to fall down the rabbit hole of esoteric effects, DDLY will get you there with its dual, independent delay paths triggered by the dynamics of the line in question. How the signal is will determine which of the truly independent delays are engaged at any one time. Try bypassing one of the delays and tuning the threshold so that the echo only catches the loudest notes. For an added bonus, press the Wide button and listen as the occasional, delayed sound fills out across the stereo field.

This may seem a bit safe, sure. So switch from analog to granular delay to really dive into the rabbit hole, using the Pitch and Space parameters to create something akin to ring modulation. Save this for your most experimental projects or clients!

One of my favorite aspects of electronic music is how sharp and precise the lead lines can be—how intentionally aggressive they seem when pushed to their limits. You can accomplish this effect within the synth itself, but you can also use a transient designer to kill the sustain and emphasize the attack of any lead element to give is some edge. Here again, I prefer Neutron to the old SPL Transient Designer, because of how precise it is, and how many different curves it offers for implementation, as well as its multiband interface and easy-to-read graphical interpretation of the signal.

For an added dimension of craziness, try automating the parameters. It can be quite interesting to hear the sustain juiced up over time and then suddenly cut off, and same applies to the attack, or the overall level of the effect. You can really get musical with this trick, so I recommend giving it a shot.

7. Use a new instrument—or sidechaining a new synth

If you’ve tried everything else, and nothing is working, then perhaps you need to layer the sound with an additional element. This could be as easy as dragging the MIDI into a new track and opening a new soft synth.

However, if you’re working with a non-MIDI instrument—a guitar, vocals, or audio from an analog piece of equipment—you’ll have to try something else. For instance, you can deploy the audio as a sidechain for another instrument. For the sake of this piece, let’s refer to VocalSynth.

Once you’ve set up the routing for this process in accordance with your DAW, the sound can be subject to all sorts of crazy manipulation, not just your normal vocoder and talkbox settings. However, don’t discount these vintage effects, because they can be used with subtlety and grace, in a way that doesn’t call attention to their respective eras. I’m sure Radiohead didn’t use VocalSynth on the tune Sit Down Stand Up (it’s from 2003 after all), but it took me years to figure out the weird bit of production on the vocals around two minutes in: it was some kind of vocoder, but it doesn’t sound obvious. Something like this might be enough.

It is our job, as mixing engineers, to bring life to whatever is thrown our way. However, we must do so within reason. The artist had intent, and this must always be respected. If the artist is you, then you have a lot more leeway. Not so if you’re working for a paying client.

Therefore, when trying these tips and tricks, always make sure you’re staying within the boundaries of the song. You can do this by checking your work against references, or by judicious communication with the artist—or hopefully, both! However you go about trying to add some pizzazz to the main event, make sure you do it with a respectful hand, because we serve the music, not the other way around.