The main difference between 440 Hz and 432 Hz tuning is that 440 Hz is the standard pitch preference for tuning musical instruments that has been accepted as the industry standard. 432 Hz, a slightly flatter pitch compared to 440 Hz, is an alternative pitch that many have argued should be the industry standard as contains universal and spiritual healing properties compared to 440 Hz

Here, we’ll dive deep into the history of how 440 Hz was chosen as the standard for tuning in the modern music world, and the increasing prominence of 432 Hz.

A brief history of tuning standards

Over the past few centuries, the tones that have made up western classical music have fluctuated considerably. Initially, there was no standardized pitch for instruments to tune themselves to, which meant that each orchestra would be tuning to a different pitch from one another.

Ever since the 18th century, A4—the A above middle C—has been the measurement and tuning standard for Western music. Depending on what part of the world the orchestra is from, however, A4 could range from anywhere between 400 Hz and 480 Hz.

Named after Heinrich Hertz, who had successfully proven the existence of electromagnetic waves in 1830, the unit of “Hz” measures a cycle per second. Famous composers like Mozart, Bach, and Beethoven all tuned their orchestras to a different pitch, and even when the tuning fork was invented, the note it produced differed depending on whose tuning fork was used.

After several attempts at remedying the difference in tuning standards between different orchestras—A435, A451, A439—the International Organization for Standardization set an international standardized pitch of 440 Hz for A4.

This isn’t universally accepted among all orchestras. For example, The New York Philharmonic uses 442 Hz, the Boston Symphony Orchestra uses 441 Hz, and many symphonies in parts of Europe use 443 Hz or 444 Hz. You can hear how these pitches differ, if only in the slightest sense, here. 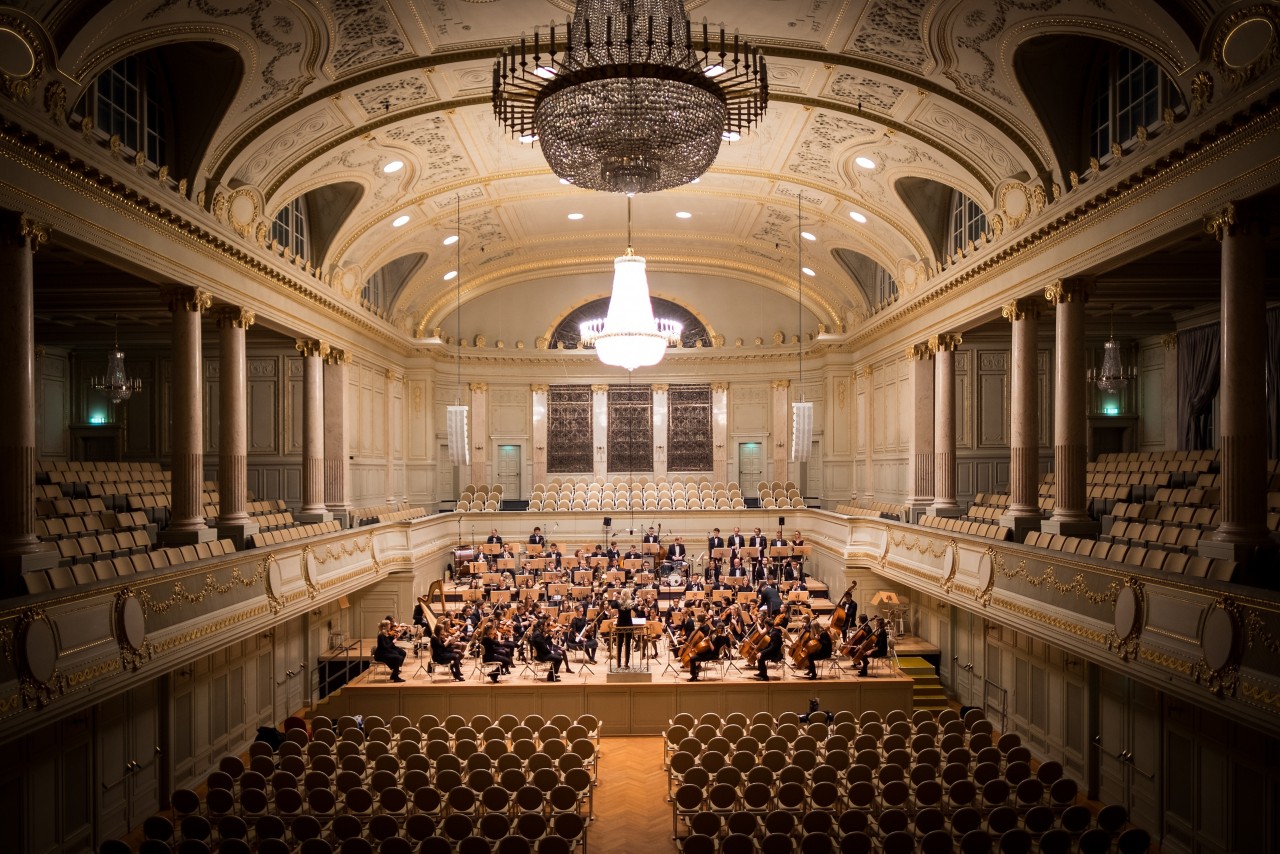 Orchestras around the world perform at various tunings

Many musicians and non-musicians alike vehemently oppose the industry standard of 440 Hz as a reference for tuning. Just by typing “432 Hz” into any search engine, you’ll find many strong opinions about why A432 is the superior temperament to A440, going as far as to say that A432 contains universal and spiritual healing properties, compared to the “aggravating” and “irritating” properties of A440. We're just going to focus on the tuning standard itself for this article.

To give a quick background of how 432 Hz came into the picture, we turn to Joseph Sauveur, a French physicist who, in 1713, came up with the concept of a scientific or philosophical pitch. Basically, this system doesn’t follow the A440 tuning reference, and instead places A4 at 430.54 Hz and middle C—C4—at 256 Hz.

He explained that, by placing middle C at 256 Hz, you can create a system where each octave—or factor—of C lands on an even integer, instead of containing "dreadful" decimals.

Giuseppe Verdi, an Italian composer of the 19th century, advocated heavily for the use of this tuning, as does the Schiller Institute.

By using Twelve True Fifths tuning, created by author Maria Renold, there’s a way for C256 to fit on the same scale as A432. This website does a much better job of explaining the math than I would ever be able to. If you’re into some slightly nerdier math, it’s an excellent place to start learning about Maria Renold’s 12T5 tuning, or how our A440 equal temperament system works in general.

Lots of websites claim that 432 Hz is a "universal" frequency. In any case, 432 is an interesting number for several reasons.

It is the sum of four consecutive primes: 103 + 107 + 109 + 113. It is exactly three gross—a “gross” was a traditional unit of measurement of 144, or 12 squared. An equilateral triangle whose area and perimeter are equal has a square root of 432. For this reason and many more, multiple people have dedicated themselves to spreading the word about the pros of switching to the 432 Hz system.

If I had to recommend one article to look further into this subject, it would be this one. The author does an amazing job of looking at the argument with an objective and unbiased view, and goes into great depth about the history of 432 Hz and its supposed advantages over 440.

As with almost everything related to your music, the choice between 432 Hz and 440 Hz is a subjective one, and it’s one for you to make on your own. You can decide for yourself which tuning sounds better to your ears!

This video also gives a good, unbiased argument for listening to the same piece in different frequencies:

I, for one, really enjoy the way that 432 Hz sounds to my ears. When I sing, I find it’s always easier for me to stay in tune with 432 Hz. However, I’ve had my friends and family take the test and they preferred the 440 Hz tuning.

I definitely can't confirm the underlying, "universal" properties circling the subject of 432 Hz, but I can’t deny that it makes me smile when I hear it compared to 440 Hz. For this reason, at the very least, I think it’s worth straying from the A440 system every now and then and discovering your own preferences. But in regards to whether A432 is superior, that’s something you’ll have to choose for yourself.

If you're looking for audio production tools to play with frequencies experiment with, take a look at iZotope's Music Production Suite.